‘Elastoplast on a boil’: Too little, too late for the victims of xenophobia 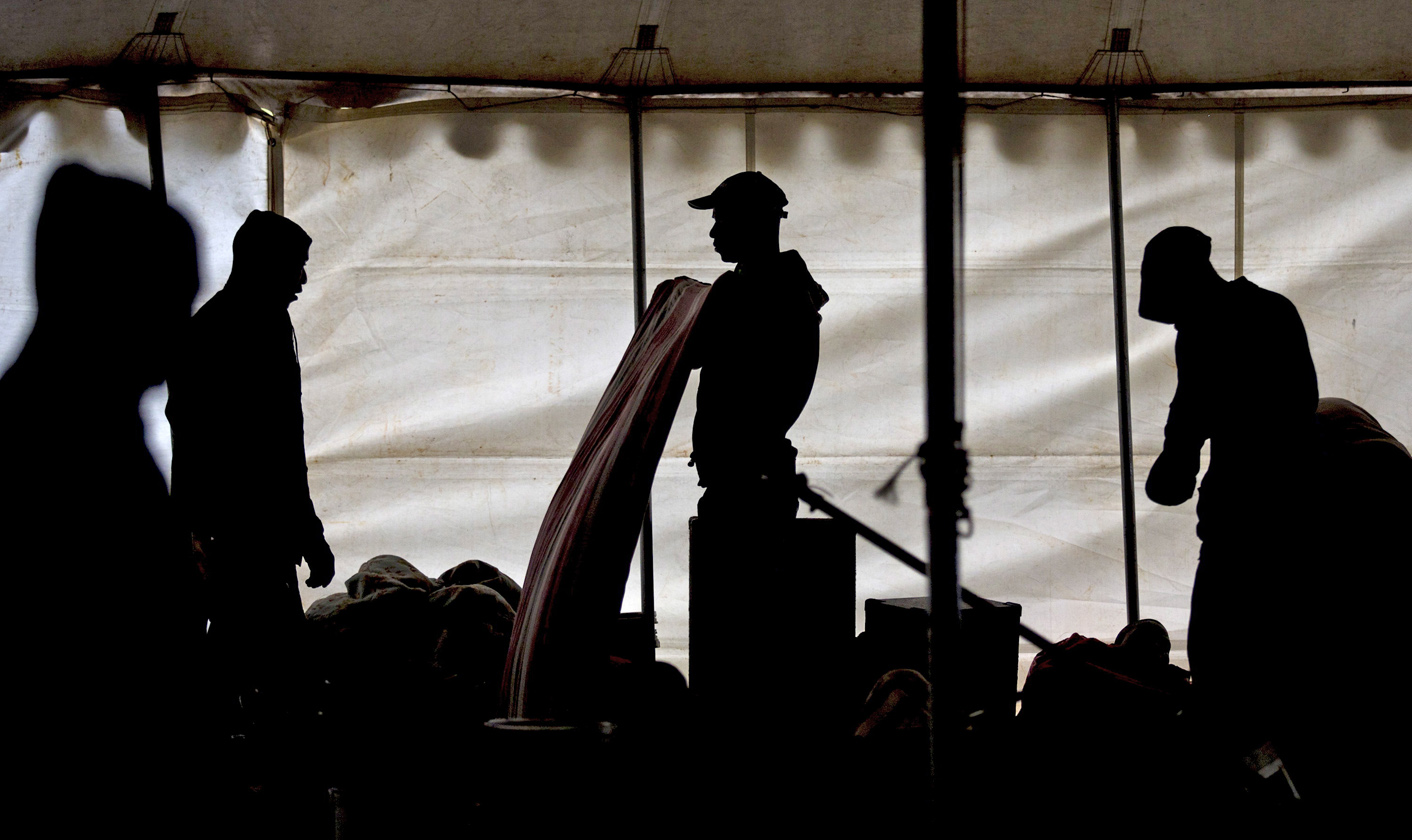 On Wednesday, there was some relief from South Africa's political leadership, speaking to the xenophobic attacks which have gripped Durban. But there were also risks of attacks returning to Jo’burg, home of the 2008 violence. What's clear is that the government won't give a damn until it's forced to, and no hashtag can stay trending long enough to counter the violence of poverty, unemployment and inequality. By GREG NICOLSON.

“We will kill someone tonight,” a young man, who didn’t want to be named, said outside the Jeppe men’s hostel on Wednesday.

“We want the Nigerians,” another added. He accused them of taking jobs from locals and selling drugs. They pointed to a foreign-owned motor shop up the road.

“Maybe around twelve o’clock,” the first said on when they might attack. That was when they thought the Tactical Response Team officers cordoning off the hostel might be gone.

On Wednesday, the issue of targeted attacks on foreigners finally became a serious priority for political leaders, following public outrage and diplomatic intervention, after xenophobic violence had caused at least six deaths and displaced over 2,000 people in KwaZulu-Natal. It’s been weeks in the making; months if you consider the violence and non-response from the country’s leaders after the attacks on foreigners in Gauteng, starting in January. Yet now the issue has come back to Johannesburg, back to the hostel, and it’s clear how little has changed.

There are positives: two weeks after King Goodwill Zwelithini lit the match and foreigners started being targeted around Durban, social media is ablaze with #NoToXenophobia, the president has gone on TV to condemn the attacks and will formerly address the issue on Thursday. Parliament is going to debate the matter; leaders of Cosatu and the SACP thought it important enough to hold a press conference, and the ANC has condemned xenophobia in the strongest terms. This all happened in a day. There’s a Peace Bus travelling to Durban for a rally to be addressed by the KZN premier, and according to Gift of the Givers CEO Imtiaz Sooliman, support for their sites of refuge, which provide trauma relief and basic necessities to victims, has been “phenomenal”.

But these minor victories have come at a cost and hardly dent the damage wrought. We have displacement camps in Durban, where foreign nationals in a democratic country have been herded out of fear and violence to seek refuge. The Malawian government is making plans to bring its citizens home. There are calls in Zimbabwe to boycott South African artists, with one of the country’s ministers calling the attacks worse than Apartheid, and Zimbabwe’s opposition party submitting a petition to South Africa on its human rights abuses.

These attacks are not new. Those displaced in January and February, mostly in Soweto, had to hide with their relatives and countrymen. There have been ongoing attacks on foreigners for years. When Thabo Mbeki eventually addressed the issue of xenophobia after the 2008 attacks, he denied the claim that South Africans were xenophobic and emphasised a shared history and identity across the continent. It was an African Renaissance speech, but he had to acknowledge the problems.

He claimed that foreigners living in poverty were not attacked and said those with assets were hit, signifying something deeper. “We are confronted by the reality that, objectively, it will take a considerable time before we achieve our objective of providing a better life for all our people. Objectively, therefore, together with the masses of our people as a conscious agent of change, we must continue to manage the reality of unfulfilled expectations,” said Mbeki. He didn’t explain why foreigners and not South Africans with assets were systematically attacked, and his belief that only foreigners with assets were a target is highly questionable. But Mbeki was right.

It brings us back to the Jeppe hostel. A focal point during the 2008 attacks, everything those we spoke to on Wednesday related to “unfulfilled expectations”. The hostel is horrible. Imagine an Apartheid hostel, at least four thin beds to a room, which is about the size of a small single bedroom, at least 16 people to a unit, sharing a kitchen and single bathroom, but neglected and run down like a hijacked building. Thousands of migrants from South Africa live there and it’s hard to imagine anyone in a democratic country, a country bestowed the miracle status, would want to.

The hostel has only seen decline. “As one begins to unpack xenophobia, then all the rest of the stuff comes out,” said Paul Verryn, who offered refuge to victims of 2008 at the Johannesburg Central Methodist Church when he was Bishop, and who is closely involved with current efforts to stem the scourge, on Wednesday. Those issues are job creation, skills development, millions of people going hungry, service delivery, corruption, social investment, and widespread poverty, while a minority remains obscenely rich.

“We’re basically sitting on a time bomb, I think,” he said on Wednesday. He spoke of “futureless people”, those with lost and little hope of making a decent income and living a decent life. In such a climate, statements from leaders such as Zwelithini that apportion blame are a trigger. The king’s comments validated the deep disappointment many feel in the current South Africa, its failure to deliver, and, crucially, Zwelithini pointed to a scapegoat.

There have been attempts to address the issue of xenophobia after the 2008 attacks. We reported on a community discussion in Diepsloot specifically sponsored to take a community approach. Verryn said there has been some good work done, but not enough: “I must be honest with you; it’s an Elastopast on a boil.”

The boil represents all the problems in South Africa right now. Inequality, poverty and unemployment are buzzwords; we even call them the triple challenges, but since the 2008 attacks there has been hardly enough change in alleviating them. And, while Mbeki spoke of problems with unfulfilled expectations, elections mean more and more promises. All it takes is an unfortunate incident or an influential leader pretending to care to turn local problems into attacks on foreigners who live in low-income areas.

However it’s classified, the country is following the long global tradition of blaming shit on the closest Other. The government won’t give a damn until it’s forced to, and no hashtag can stay trending long enough to counter the violence of poverty, unemployment and inequality. DM

Photo: Foreign men pack up their bedding in a camp on a sports field in Chatsworth, south of Durban, April 15, 2015. South Africa has erected safe camps in Durban, a key port on South Africa’s Indian Ocean coast, for fleeing immigrants, whose shops were looted and burnt in the two-week old violence. REUTERS/Rogan Ward