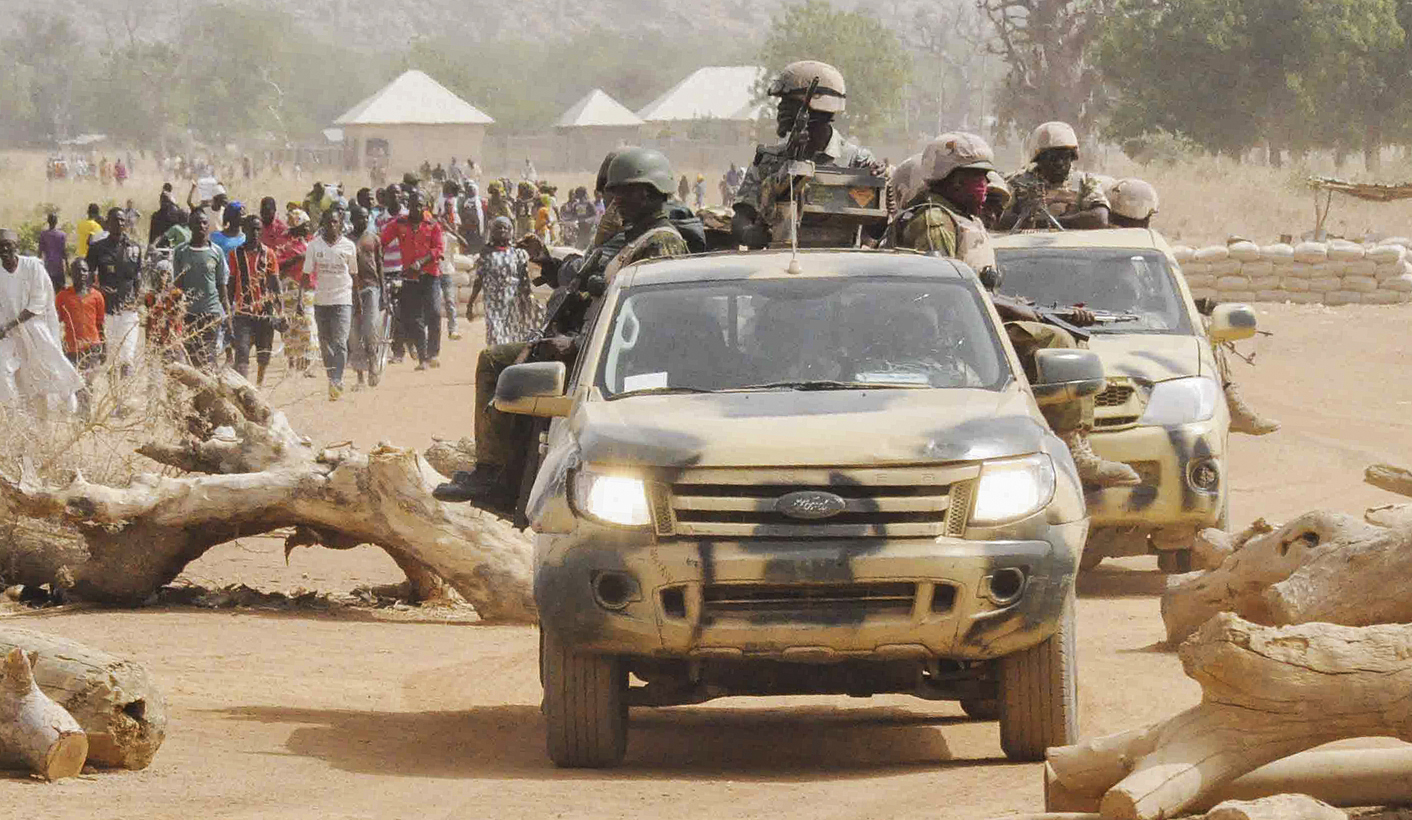 The first South African has been killed in north-eastern Nigeria, where he was participating in the fight against Boko Haram. Leon Lotz, an apartheid-era Koevoet operative, was reportedly killed in a friendly fire incident when a Nigerian tank destroyed the wrong target. By SIMON ALLISON.

According to sources in Nigeria, the first South African involved in the fight against Boko Haram has been killed. Leon Lotz, a former South African Defence Force Koevoet operator turned private security contractor, died in a friendly-fire incident on March 9 when a Nigerian tank opened fire on his convoy. The incident occurred in Nigeria’s Borno State, in the north-east of the country, near Boko Haram territory.

Lotz is reportedly from KwaZulu-Natal, and was involved in the support and maintenance of vehicles used by the Nigerian army in their ongoing offensive against Boko Haram.

There is a significant, albeit controversial, South African presence in north-eastern Nigeria. The Nigerian army is working with private security companies who employ South Africans, ostensibly to train troops in counter-terrorist activities. In January, News24 reported that former SADF soldiers formed the core of a multinational team of private military experts that were en route to Nigeria.

Communication between these private security contractors and the Nigerian army is thought to be very poor, which perhaps explains the confusion leading to Lotz’s death.

In another, as-yet unverified report of a friendly fire incident in the Mafa Local Government Area of Borno State, Nigerian forces mistakenly opened fire on a convoy transporting foreign security contractors. Two foreigners, one black and one Caucasian, were killed in the incident. It seems likely that this incident and the Lotz incident are the same.

According to a Daily Maverick source, Lotz was working for a private security company called Pilgrim Africa Ltd. According to the company overview on Bloomberg, “Pilgrims Africa Limited provides security services in Nigeria. It provides armed escort teams to protect people from militant and criminal action. The company was founded in 2008 and is headquartered in Lagos, Nigeria.”

(After publication of this story, the Daily Maverick was contacted by lawyers representing Pilgrims Africa. The company denies any connection with Leon Lotz. “Please be advised that Mr Leon Lotz was not in the employ of Pilgrims Africa at all. Pilgrims Africa is a registered Risk Management Consultancy in Nigeria who has been operating and doing business in Nigeria for the past 8 years. The company does not do any military or para-military work. Their personnel do not carry weapons.”)

Pilgrim Africa is owned by Cobus Claassens, a former member of infamous mercenary outfit Executive Outcomes. In December, on the subject of dealing with war crimes internationally, Claassens tweeted: “The UN needs Executive Outcomes to be resurrected. We knew how to deal with such rebels!!”

“The police have a responsibility to ensure that, when they come back, those people are arrested and the [National Prosecutions Authority] has a responsibility to charge them. There are consequences for going out of the country and provide [sic] any form of military assistance as a mercenary, not as part of the deployment by government.”

The Nigerian government offensive, in coordination with forces from Chad and Niger, has enjoyed some success in pushing Boko Haram back into its strongholds. Recently, in a bid to regain the upper hand, the Islamist militant group – which is demanding the imposition of Sharia law in Nigeria – pledged fealty to the head of the Islamic State in Iraq and Syria, declaring allegiance to its self-declared Caliphate. DM

Photo: A photograph made available on 11 March 2015 shows Nigerian soldiers on patrol in Chibok, Borno State, North East Nigeria 08 March 2015. The Nigerian military have been working in conjunction with neighbouring West African countries to contain the wave of attacks by Boko Haram Islamic militants in the North East of Africa’s most populous country where Boko Haram have been conducting acts of terror for the past five years. EPA/STR