Analysis: On the back foot, Boko Haram plays its trump card 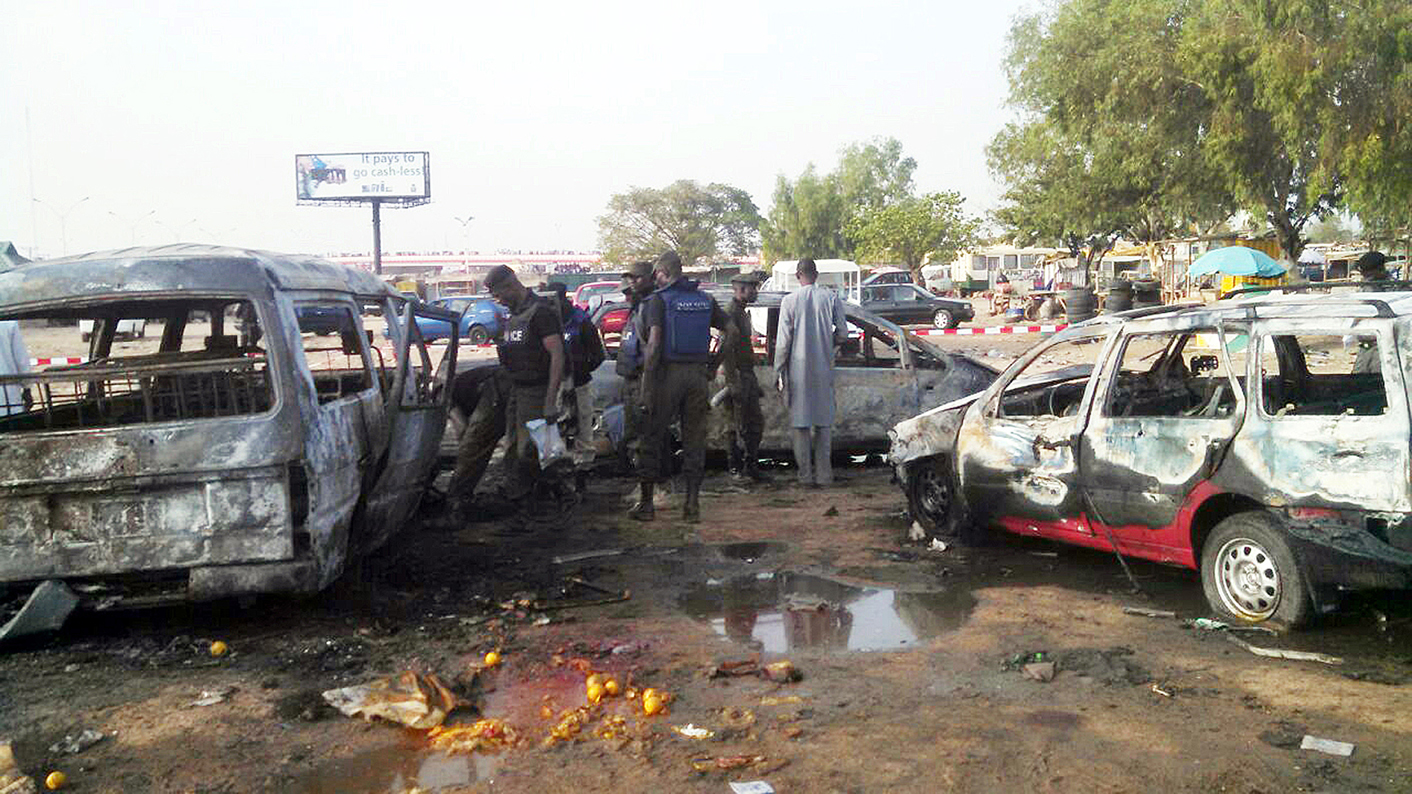 After months of teasing, Boko Haram has finally pledged allegiance to the Islamic State; an unholy alliance that, in theory, makes both sides bigger, badder and more brutal than ever before. But what if the theory is wrong? What if this is a sign of weakness, not strength? By SIMON ALLISON.

Boko Haram won’t appreciate the analogy, but it fits: like a stripper tantalising her way towards the big reveal, the Nigerian militants have been teasing this one for months. There was the talk last year of joining a caliphate; the sudden change of tactics to emulate the Islamic State’s successes; and, recently, the none-too-subtle flirting on Twitter.

So the announcement, when it came, was no surprise – but no less momentous for it. Abubakar Shekau, in an audio message, confirmed that he as boko haram leader had pledged bayat – allegiance – to Abu Bakr al-Baghdadi, Emir of the Islamic State and self-declared Caliph.

This is a big, big deal in the jihadi world.

At a stroke, the Islamic State has added an estimated 6,000 fighters to its ranks, and expanded its footprint to West Africa, where Boko Haram control an area in north-eastern Nigeria that is roughly the size of Israel. This is in addition to the pledges it has already received from groups in Libya, Algeria, Egypt and Afghanistan.

Boko Haram, meanwhile, can tap into the prestige and power of the Islamic State itself, opening up what could be a rich seam of arms, funding and personnel, not to mention the fear factor engendered by the Islamic State’s relentlessly effective propaganda (it’s no coincidence that Boko Haram has recently begun to mirror the Islamic State’s social media tactics).

“The announcement has far greater implications than being a mere symbolic act. Boko Haram is one of the more significant pledges of allegiance made to ISIS,” said Jasmine Opperman, Africa Director at the Terrorism Research and Analysis Centre. She points out that ISIS still need to accept the pledge, although this seems like a foregone conclusion. Like other such alliances – think Al Shabaab’s link with Al Qaeda, or Ansar al-Sharia Libya’s similar pledge of allegiance to Baghdadi – this is a win-win for both groups.

Yet the timing of Boko Haram’s announcement somewhat undermines the group’s enthusiastic propaganda around it. The Islamic State option has been on the table for months – why go for it now?

To answer that, we must look not to the ancient text so revered (and, most Muslims argue, misinterpreted) by Shekau, Baghdadi and their ilk, but instead to an even more ancient text. “Appear weak when you are strong, and strong when you are weak,” said the Chinese general Sun Tzu in the Art of War, who is as right today as he was in the fifth century BC.

Boko Haram needs to appear strong, because for the first time in years it finds itself on the back foot. A joint offensive from the armies of Chad, Nigeria and Niger has pushed it out of several towns and claimed hundreds of casualties. It is being forced to defend its strongholds in Borno and Yobe states, and the pressure is exacerbating divisions within the group’s leadership.

“Such decisions always comes when the group is under stress. I think the recent offensive has really pushed the group to the extent that they are looking at their chances of survival,” said Martin Ewi, senior researcher at the Institute for Security Studies. This has happened before, he points out. When times got tough in Algeria for the Salafist Group for Preaching and Combat, they sought ties with Al Qaeda and reinvented themselves as Al Qaeda in the Islamic Maghreb (AQIM). “Going with Al Qaeda provided the only way out for the group to survive, and it did,” said Ewi. AQIM remain a potent destabilising force in the Sahel region, although they have strayed far from their roots as an Algerian nationalist movement.

The Islamic State may provide a similar lifeline for Boko Haram, but it’s a gamble. At least one faction within the group is thought to be strongly pro-Al Qaeda, and mollifying them will be Shekau’s first challenge. Another concern is if the international effort against the Islamic States turns its attention to Boko Haram as well. “Boko Haram is now part and parcel of the ISIS-aligned international jihadist threat. Any deterring operation will have to take into account Boko Haram, and that means greater international involvement in an area already overwhelmed by foreign presence and interests,” said Opperman.

It could also change the nature of Boko Haram’s raison d’etre. From being its beginning in an intensely local battle for power and resources in north-eastern Nigeria, it has morphed into a key player in a global ideological struggle. This must influence its future decisions, although to what extent is still unclear, as is the exact relationship between Boko Haram and the Islamic State’s top brass. Will Baghdadi be able to give Shekau orders, for example, and dictate Boko Haram’s own expansion plans?

These risks and unanswered questions could be enough to derail any militant group, which perhaps explains why Boko Haram has waited for so long to formalise its ties with the Islamic State. But now it’s running out of options. With the stakes this high, Boko Haram had little choice but to play its trump card. DM

Photo: A picture made available on 26 February 2015 shows Nigerian police officers inspecting the scene of a bomb blast in Kano, Nigeria, 24 February 2015. EPA/STR