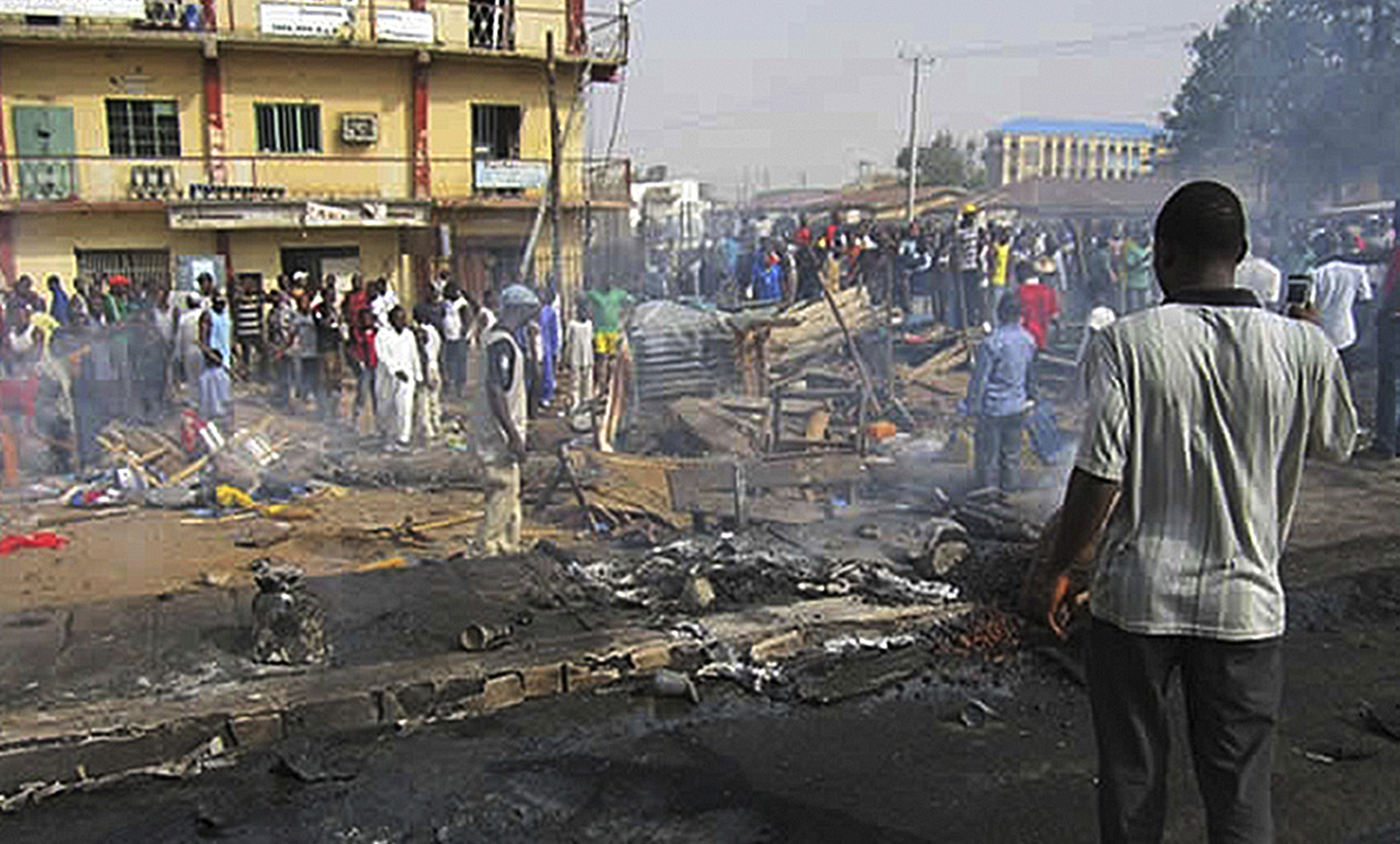 According to Boko Haram, north-eastern Nigeria no longer belongs to the Nigerian government. Instead, it’s now part of an Islamic Caliphate. We’re not yet sure who exactly this Caliphate answers to, but it’s certainly not President Goodluck Jonathan. What’s Jonathan going to do about it? By SIMON ALLISON.

And so it came to pass. In another lengthy, vitriolic and at times gruesome video, Boko Haram leader Abubakar Shekau declared the establishment of an Islamic Caliphate in north-eastern Nigeria. “We are in an Islamic Caliphate,” said Shekau, flanked by masked fighters and cradling a machine gun. “We have nothing to do with Nigeria. We don’t believe in this name.”

Boko Haram’s Caliphate is based in north-eastern Nigeria, and is centred around the cities of Damboa and Gwoza. Its establishment is no surprise (as predicted in the Daily Maverick earlier this month). Since April, Boko Haram – or Jama’atu Ahlis Sunna Lidda’Awati Wal-Jihad (People Committed to the Prophet’s Teachings for Propagation and Jihad), which is the group’s actual name – has drastically changed its tactics, seeking to occupy territory in addition to its usual guerrilla attacks.

Nigerian security forces have dismissed the proclaimed secession, and vowed to hit back. “Any group of terrorists laying claim to any portion of the country will not be allowed to get away with that expression of delusion and crime. Operations to secure that area from the activities of the bandits [are] still ongoing,” said defence spokesman Chris Olukolade.

In fact, the most effective opposition to Boko Haram’s expansion has come outside the army, from civilian militias in the state capital Maiduguri. They received a special threat from Shekau in his video: “We warn the vigilantes called civilian JTF to back off; if not, there will be no place for them to hide,” he said.

But what does Shekau’s establishment of a Caliphate mean for Nigeria? And how does it change the dynamics of the ongoing conflict in the north-east?

Ryan Cummings, head Africa analyst at risk analysis firm Red24, argues that we shouldn’t read too much into what is essentially a propaganda tool. “There’s no need to be any more concerned than what we already should be regarding the insurgency,” he said. “Shekau’s claims of establishing a caliphate in the north east is extremely premature. For one, while Boko Haram is assimilating and subsequently holding territory, much of what falls under their control is not continuous and therefore cannot be defined as unified territory – [and this is] somewhat of an unspoken geographic precondition for the establishment of a caliphate.”

Cummings says that doubts over Shekau’s suitability as Caliph, coupled with at least some animosity within the local Muslim community to Boko Haram as a result of the violence they have committed, will make it difficult for Shekau to establish popular buy-in to the idea of the Caliphate, and specifically to the notion of him personally as Caliph.

Cummings adds that unlike the Islamic State in Iraq and Syria, “Shekau’s Caliphate is only that in name and nothing else. Although the Islamic State in itself does not conform to all the principles of a Caliphate, it does possess a defined territory over which it exudes control and can govern according to the doctrines of Sharia Law and the Hadith. It also has the infrastructure, resources and structural command to effectively govern and provide basic services – something which Boko Haram lacks at this time.”

Nonetheless, the development is yet another headache for Nigeria’s government, which has so far failed completely to contain Boko Haram. This means that a solution might have to come from elsewhere. “Countering Boko Haram will rely on international and regional support,” said Jasmine Opperman, Africa Director for the Terrorism Research and Analysis Consortium. “Especially taking into consideration the weaknesses of Nigerian security forces in these areas, which includes insufficient deployments, soldiers’ dissatisfaction with inferior weapons, and soldiers refusing to be deployed. This again indicates a lack of effective leadership and resource distribution.”

But where will international support come from? Neighbouring Cameroon and Niger are unlikely to deploy soldiers deep within Nigeria, as these states are focussed on protecting their borders to prevent Boko Haram spreading (with limited success, especially in the case of Cameroon where Boko Haram militants seem to cross the border at will). Perhaps the most likely helper is France, which has recently established a 3,000-soldier strong counter-terrorism force based in the Sahel – but this would not come without compromise elsewhere. “If France decides to assist any counter force deployment in Nigeria, it could leave itself weakened in the eastern Sahel which could provide room for exploitation by extremist groups,” said Opperman. DM

Photo: Nigerians survey the scene of a bomb blast in the northern city of Kaduna, Nigeria 23 July 2014. Nigerian police indicate at least 40 have been killed by two blast around Kaduna. The blasts were allegedly targetting a moderate Islamic cleric. EPA/STR