Analysis: In Nigeria, Boko Haram follows in the footsteps of Iraq’s Islamic State 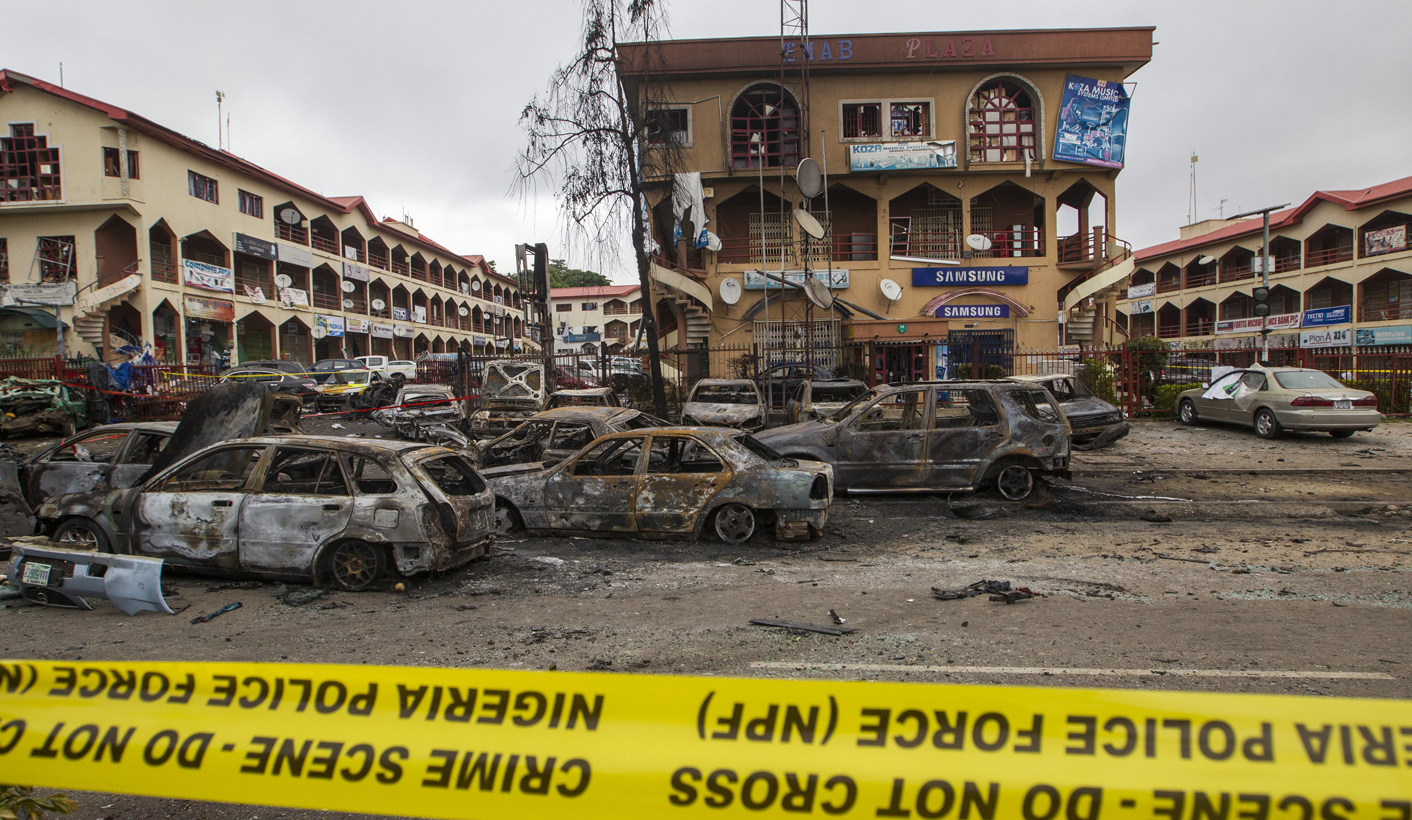 Boko Haram has long wanted to carve out its own country in north-eastern Nigeria. It’s always been an improbable goal – until now. Emboldened by the successes in Iraq and Syria of the Islamic State, Boko Haram has changed its tactics and is closer than ever before to realising an Islamic state of its own. By SIMON ALLISON.

It’s no secret what Boko Haram wants. Dissatisfied with the Nigerian state, and unhappy with the pervasive and corrosive influence of western culture, it has long sought to establish an Islamic state in north-eastern Nigeria, one governed by its strict interpretation of Islamic Sharia law.

This has always been something of a fantasy. Nigeria is simply too strong, it’s military too powerful to allow a bunch of unruly militants to force a secession (exhibit A: Biafra). Or at least that’s been the accepted wisdom.

In the last couple of months, the various organisations that comprise the global jihadist movement have been busy arguing amongst themselves about whether to align behind Al Qaeda, the old guard, or to join forces with the upstart group in Iraq and Syria which now calls itself the Islamic State. The Islamic State has enjoyed unprecedented success recently, occupying huge swathes of both countries and establishing a government capable of providing some basic services. Its control of oil fields, banks and tax collection in the areas it has occupied has made it the richest terrorist organisation in the world, and it has increased its ideological appeal by declaring the establishment of an Islamic Caliphate – and demanding fealty from Muslims everywhere.

Africa’s plethora of Islamist groups have been slow to pick sides. But that doesn’t mean that they haven’t been watching, and learning, from the developments in the Middle East.

“Due to the very public spat between the Islamic State and al-Qaeda, it is very unlikely that Boko Haram will swear allegiance to the less established Islamic State and risk isolating their al-Qaeda donors in the process. However, Boko Haram may very well mimic the operational tactics employed by Islamic State as a means of securing its own caliphate within north eastern Nigeria,” said Ryan Cummings, chief Africa analyst at risk analysis firm Red24.

There is evidence to suggest that this process is already well underway, explained Cummings. “Since April, Boko Haram has begun appropriating and holding territory within north-eastern Nigeria, particularly within the state of Borno. At the time of writing, Boko Haram has effectively seized control of the Gwoza, Bama and Damboa Local Government Areas (LGAs), raising the Rayat al-Uqab (Black Standard) flags within these areas.  Most of the LGAs in the state, bar perhaps Maiduguri and a few surrounding areas, are currently being contested between government forces and the extremist movement.”

These tactics – a departure from Boko Haram’s usual hit-and-run approach – are eerily reminiscent of how the Islamic State took charge in Iraq and Syria. “The capture and holding of territory presents a significant evolution in Boko Haram’s modus operandi. The group has previously exhibited its operational acumen in an effective guerrilla campaign which was being waged in both urban and non-urban environs across much of northern Nigeria. However, in capturing and defending territory in Borno state, the sect is also noting that it has the capacity and capabilities to engage in more conventional forms of warfare,” said Cummings.

In other words, Boko Haram is changing. It’s transforming from a run-of-the-mill terrorist organisation into something altogether more threatening, at least as far as the Nigerian state is concerned: a fully-fledged insurgency designed to take and occupy territory. Pretty soon, Nigeria won’t just be mounting counter-terrorism operations – they’ll be fighting a civil war.

If the government is slow to catch on, the population in the affected areas certainly isn’t. The Wall Street Journal reports that hundreds of thousands of people have left their homes to escape the Islamist threat, many heading towards shanty towns on the outskirts of the regional capital Maiduguri. “They are streaming over the hillsides,” said Borno state Governor Kashim Shettima of the latest refugees.

But Maiduguri may not be a safe haven for much longer. It was this city that gave birth to Boko Haram, and it is this city that would be the capital of a Nigerian Islamic Emirate. Plotted on a map, the areas that Boko Haram has sought to control in the last couple of months indicate that Maiduguri is the real target.

“Boko Haram attacks suggest a clear strategy to isolate Maiduguri and it can be expected that the incidents will move to the northern parts of Borno state to further isolate the town and gain control,” said Jasmine Opperman, Africa director for the Terrorism Research and Analysis Consortium. “Remember, this is where Boko Haram originates from.”

Opperman notes a couple of other changes to the group’s standard tactics in recent months. One is the use, for the first time, of conventional warfare on the battlefield in the attack on the town of Damboa. Here, according to observers, Boko Haram deployed a regiment’s worth of fighters against the Nigerian security forces, with the requisite command and control ability. Another is its close collaboration with other Islamist groups operating in the area, notably Ansaru and Harakatul-Muhajiriin, which suggests a concerted effort to unify the Islamist movement against the government.

All this circumstantial evidence is hard to ignore. Following in the footsteps of the Islamic State in Iraq and Syria, Boko Haram is almost certainly preparing to declare an Islamic state for itself. And, with a history of failure against the Islamists in north-eastern Nigeria, is there anything the Nigerian government can do to stop them? DM

Photo: The scene of a bombing at the Emab business centre is pictured filled with wreckages of burnt cars, at the business district in Abuja June 26, 2014. At least 21 people were killed when a suspected bomb tore through a crowded shopping district in the Nigerian capital Abuja during rush hour on Wednesday, police said, adding to the toll of hundreds killed in attacks this year. REUTERS/Afolabi Sotunde