Marikana: how the police ‘constructed’ their story 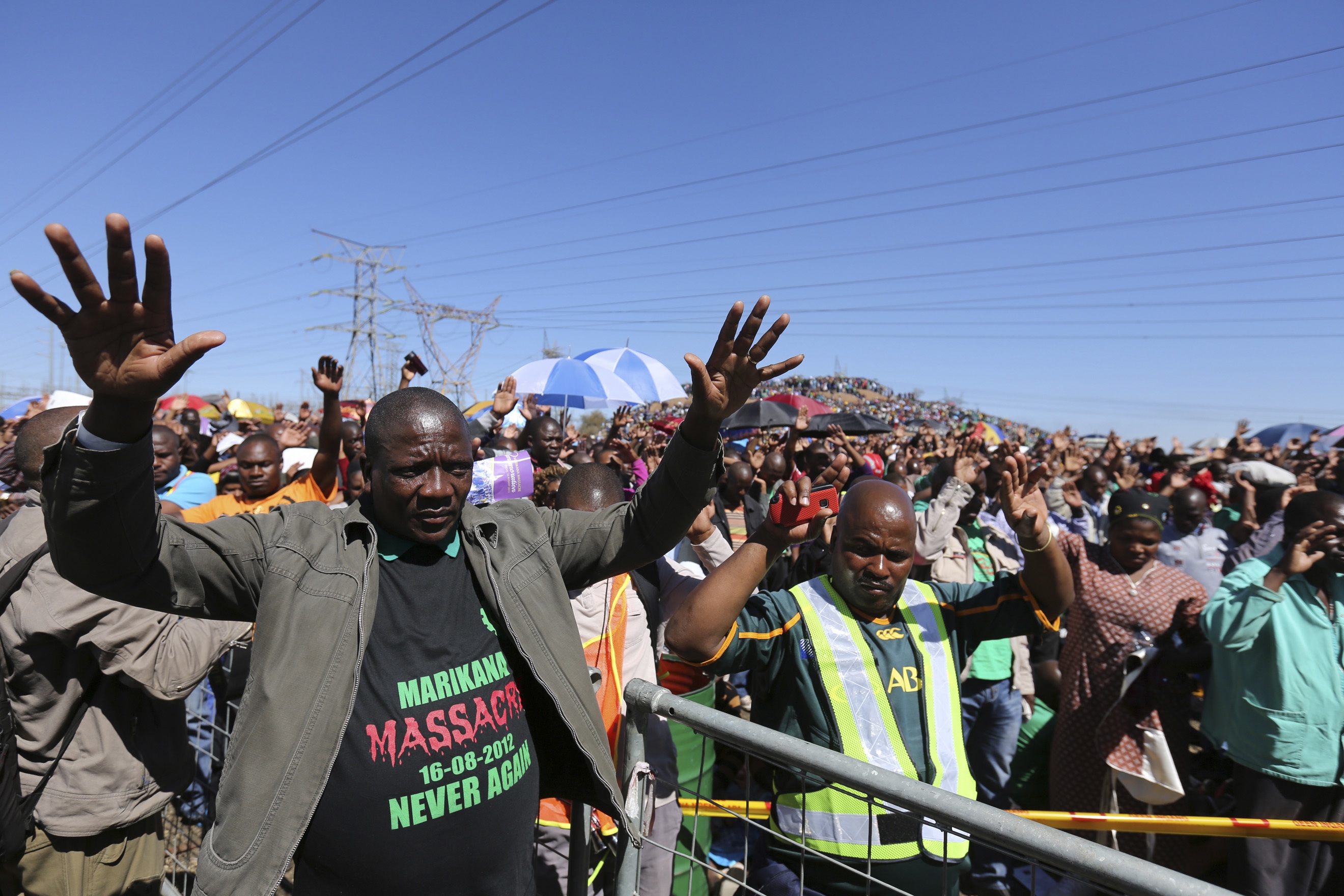 Police evidence to the Marikana Commission was "constructed" at a meeting in Potchefstroom soon after the massacre of 34 miners in 2012, according to the commission’s evidence leaders. By Alide Dasnois for GROUNDUP.

The evidence leaders are the legal team that has a central role in the gathering and presentation of evidence. They do not represent any interested party.

In their Heads of Argument, which will be presented to retired Judge Ian Farlam today, Geoff Budlender, Matthew Chaskalson, Kameshni Pillay, Charles Wesley, Tantaswa Lupuwana and Matthews Mojapelo describe the “Roots” conference held in Potchefstroom over nine days in August-September 2012.

This, they say, is where the “police narrative” was put together, and where some evidence was concealed and other evidence was made up to support it. “This could not and would not have happened unless it had the sanction of top leadership of the SAPS.”

Evidence which cast SAPS in a bad light and was concealed, and had to be discovered by the evidence leaders included:

“All of this points to a practice of not being candid with the Commission, and of deliberately attempting to suppress the disclosure of evidence that may be embarrassing to SAPS,” say the evidence leaders. “The suppression of evidence appears to have been linked to a deliberate attempt to advance false versions before this Commission and, in some cases, to fabricate ‘real’ evidence in support of these versions.”

At the “Roots” conference in Potchefstroom, police plans were “reverse engineered” and minutes of meetings were doctored. Evidence that a decision had been taken in advance to force striking Marikana miners off the koppie where 17 of them were later shot dead was removed. Bullet damage which had been done to one of the police Nyalas before it arrived at Marikana was presented as evidence of shooting by strikers.

“What was intended to be a debriefing exercise seems to have turned into an exculpatory exercise. Where necessary, documents were fabricated to support this version, and documents incompatible with this version were kept undisclosed.”

“In short, the Roots exercise involved a concerted attempt to mislead this Commission,” argue the evidence leaders.

Contrary to the police version, the lawyers say, there was no material escalation of the risk of violence on the morning of 16 August; the strikers did not attack SAPS on three separate occasions before lethal force was used; nor were methods such as water cannon, stun grenades or teargas exhausted before the shootings.

Footage of Mbombo’s statement at her 9.30 press onference on 16 August that “today we are ending this matter” was removed from later drafts of the police presentation.

The National Commissioner and the Provincial Commissioner both vetted the copy of the SAPS presentation before it was finally submitted to the Commission, say the evidence leaders.

Crucial documents, including a recording of a meeting between Mbombo and Lonmin executives on 14 August, were withheld.

But, when asked during the Commission hearings whether there had been a meeting to review the police action at Marikana, senior officers and Phiyega said no such review had taken place. The evidence leaders note the “complete absence of any self-criticism” on the part of the police, in spite of the fact that more people lost their lives at Marikana “than in any SAPS operation since Sharpeville”.

Evidence put forward on behalf of injured and arrested miners was also “highly unsatisfactory,” they say. “Several witnesses denied that they had been present when the critical events had taken place, disputed the indisputable, gave an improbable account of their own role, and were evasive.”

Read the evidence leaders’ Heads of Argument. This feature was first published on www.groundup.org.za

Photo: Miners gesture as they pray during the one-year anniversary commemorations to mark the killings of 34 striking platinum miners shot dead by police outside the Lonmin’s Marikana platinum mine in Rustenburg, 100 km (62 miles) northwest of Johannesburg, August 16, 2013 (REUTERS)

Joseph Chirume for GROUNDUP • 1 hour ago