Analysis: Why Ethiopia and Egypt aren’t fighting a wa...

Analysis: Why Ethiopia and Egypt aren’t fighting a water war 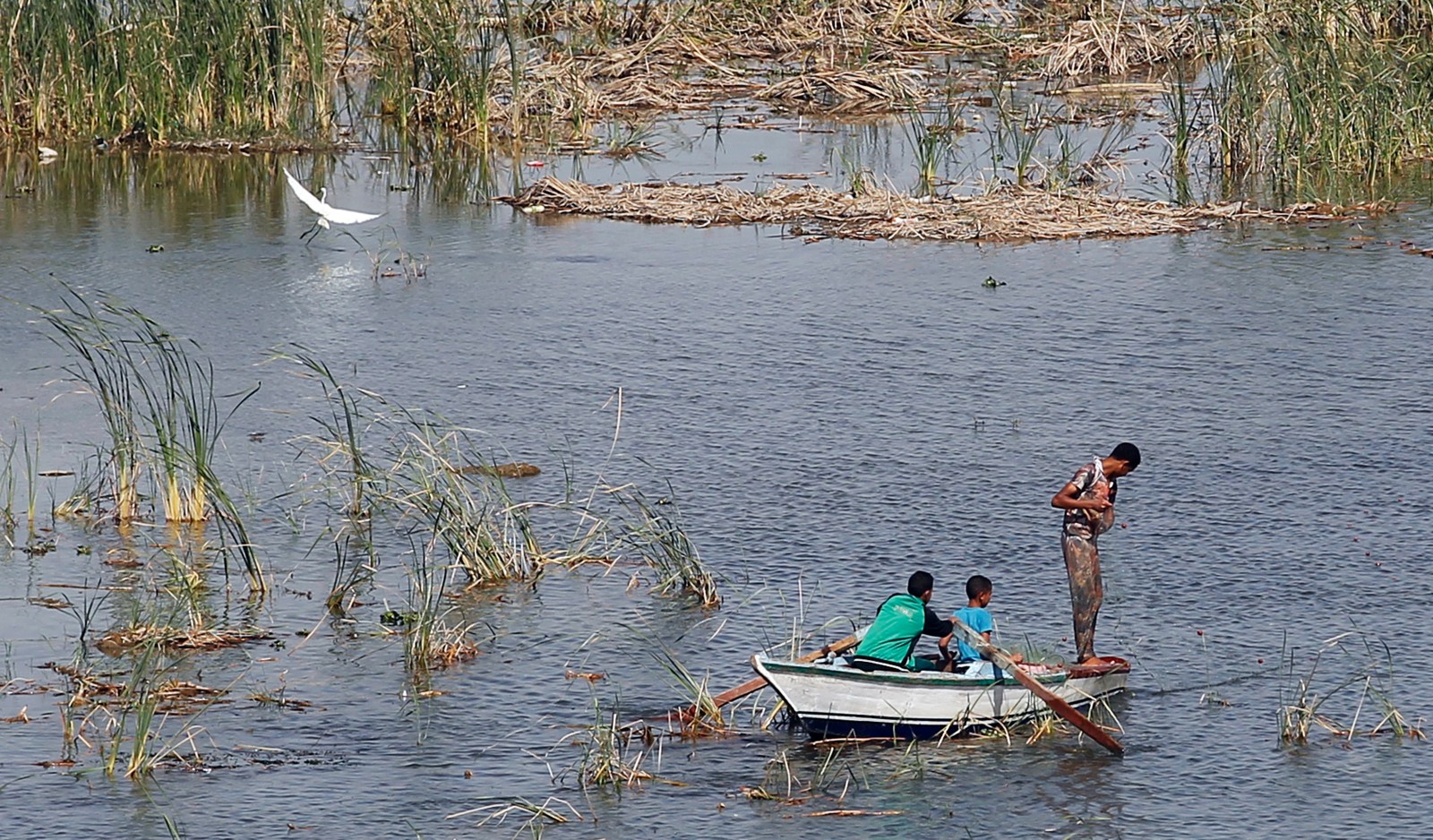 There were times last year, when the rhetoric in Cairo reached fever pitch, that some kind of conflict between Ethiopia and Egypt over the waters of the Nile seemed inevitable. It hasn’t come to that, and nor will it, if history is anything to go by. By SIMON ALLISON.

It was nearly 20 years ago that Ismail Serageldin raised the alarm bell. “The wars of the next century will be fought over water,” he said, at a time when oil dominated geopolitical strategy. Serageldin is one of Egypt’s most prominent public intellectuals – he was a vice-president at the World Bank at the time, and he’s now director of the Bibliotheca Alexandrina in Alexandria – and his warning caused a stir. Could the world really run out of water?

In his part of the world, the danger is obvious. North Africa is dry and arid, and water is scarce at the best of times. Climate change – already happening rapidly, according to the UN’s latest report – will exacerbate this scarcity, as will a growing population.

If nations will fight over land and resources, and of course they do, then how much more will they fight over access to the single most important resource of them all?

Egypt is already feeling the pressure. It gets pretty much all its water from the Nile River, and always has – ancient Egyptians sometimes called their land the “gift of the Nile”, because they knew it was otherwise uninhabitable. Satellite images of the country show the same thing: a thin, winding strip of green and blue in a vast expanse of desert.

But Egypt’s Nile is under threat. Led by Ethiopia, downstream nations have begun to demand that they get their fair share of the river too. Historically, Egypt has had the river all to itself thanks to a colonial-era treaty which guarantees it the lion’s share of Nile water, and for many years it and neighbouring Sudan were the only Nile Basin countries developed enough to take advantage of the river.

That’s changed. Ethiopia has already begun construction on the mammoth Grand Renaissance Dam, and has temporarily diverted the river’s flow to do so. It intends to use the dam for hydroelectricity, and also plans to use more river water for irrigation. In other words, Ethiopia is going to mess with Egypt’s water supply – not only by extracting water out of the Nile Basin system, but also by giving Addis Ababa the power to turn Egypt’s water on and off at will.

If Serageldin’s ominous warning is right, then conflict might not be too far away. And indeed there has been some very aggressive rhetoric from Cairo, especially in the build-up to the recent presidential elections: some politicians threatened to go to war over the issue, while one official was caught on camera suggesting that the dam be sabotaged.

But no shots have been fired. And nor are they likely to be, if history is anything to go by.

In a recent Unesco study, researchers found, counter-intuitively, that water rarely if ever led to conflict. Instead, the opposite was true – that disputes over water actually encouraged cooperation.

“The historical record proves that international water disputes do get resolved, even among enemies and even as conflicts erupt over other issues,” write the authors of the report. “Some of the world’s most vociferous enemies have negotiated water agreements or are in the process of doing so and the institutions they have created often prove to be resilient, even when relations are strained.”

They explain further: “While water supplies and infrastructure have often served as military tools or targets, no states have gone to war specifically over water resources since the city-states of Lagash and Umma fought each other in the Tigris?Euphrates Basin in 2500 BCE. Instead, according to the Food and Agriculture Organisation, more than 3,600 water treaties were signed from 805 to 1984 CE. Whereas most were related to navigation, over time, a growing number addressed water management, including flood control, hydropower projects or allocations in international basins. Since 1820, more than 680 water treaties and other water-related agreements have been signed, with more than half of these concluded in the past 50 years.”

In other words, for all the predictions of doom about impending water wars – and for all Egypt’s verbal belligerence towards Ethiopia – the odds on a lasting negotiated settlement are much better than the odds on conflict.

It’s not at all clear why this is so. Perhaps, unlike oil, there has always been enough water to go around; or perhaps water is simply too important to be used as a political tool. Whatever the reason, what is clear is that the principle is holding strong in north and east Africa, where Egyptian and Ethiopian diplomats are continuing to make important progress in diffusing tensions and figuring out an equitable solution.

The most recent meetings concluded this week in Ethiopia, where Egypt’s foreign minister Sameh Shoukry hailed the “new spirit of cooperation” between the two nations as they signed 20 bilateral trade deals – economic incentives designed to ease tensions. Sameh said that he had visited Addis every month since his appointment in June, a reflection of how seriously both administrations are working to resolve the issues.

According to World Bulletin, Sameh said the repeated visits were designed to “regain the warmth and depth of the bilateral relationship so that [both countries] can respond to meet the challenges that both peoples face and also their aspirations for development and common future”. Sure, it is the foreign minister’s job to spout reassuring sentiments – this time, however, he might just be right. DM

Photo: A fisherman travels on a boat with his family during low water levels on the river Nile in Cairo, April 19, 2014. REUTERS/Amr Abdallah Dalsh