Op-Ed: The challenge of where to lay Nat Nakasa 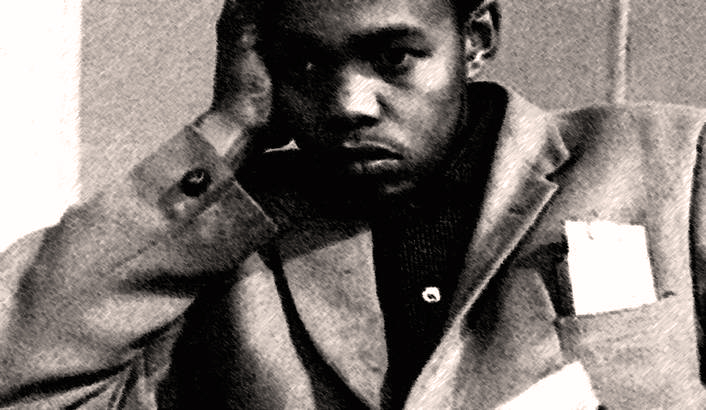 The search for a place to lay Nat Nakasa to rest has not merely been a literal one; it is also a search for his metaphorical, spiritual and literary home. Where to place him in our literature and history remains an intriguing challenge that requires our self-examination – and a careful re-reading of his nuanced and candid work. By WAMUWI MBAO.

You won’t have failed to miss the fanfare surrounding the repatriation of writer Nat Nakasa’s remains to South Africa. Nakasa, arguably a lynchpin figure of Black writing in South Africa, died in disputed circumstances in New York in 1965, at the age of 28. The return has occasioned a vigorous debate on social media and other platforms about Nakasa’s literary and intellectual legacy. Some are unhappy with what they see as the state’s cynical co-opting of Nakasa’s image. Reimagining Nakasa as the tragic artist, in order to fit with the state’s desire for a new narrative about our current national unity, seems unforgivably glib. Others have pointed out, with some validity, that Nakasa’s role in the shaping of 20th-century South African literature is minor, and his published corpus rather slender, compared to other writers.

While that seems a churlish criticism, when Arts and Culture Minister Nathi Mthethwa hailed Nakasa as a “stalwart” and a champion of the struggle, one might be forgiven for wondering who he was speaking about (never mind that the minister’s speech at Nakasa’s US memorial service was cobbled together from Siphiwo Mahala’s piece in the Sunday Independent). Nakasa may have been many things in life – writer, intellectual, nonracialist – but his ghost has found new stature in the artistic afterlife as an anti-Apartheid activist, and as a protagonist in the grand narrative of South Africa’s great struggle. One wonders what Nakasa, who believed in puncturing posturing and de-starching society wherever possible, would have thought of the pomp and ceremony that surrounded his homecoming.

On the surface, it is obvious why Nakasa’s tragic story should be so compelling. Even in a country overflowing with narratives of pain and suffering, the tale of a writer who wrote to the very marrow of the South African experience, who envisioned a different South Africa to the corrosive one in which he lived, grabs our attention. Nakasa described himself as “inescapably a part of the city slums, the factory machines, and our beloved shebeens”, and yet he died, alone, thousands of kilometres away from the country that had denied him a place in the world.

The rudiments of Nakasa’s story have been rehearsed many times before. We know that he was born in Durban in 1937, and that he moved up to Johannesburg to take his place among the DRUM journalists who have themselves become part of the alluring story of resistance-writing in the fifties – Can Themba, Bloke Modisane, Todd Matshikiza, Henry Nxumalo and others. We know that Nakasa was the first Black columnist to write for the Rand Daily Mail (before “first Black” gained its current back-handed pejorative implications) and that he founded a provocative literary magazine, ‘The Classic’. Nakasa was, by any measure, a talented young man.

His exit from life, perhaps alone, perhaps disillusioned, also plays a role in ensuring the continued allure of his story. The event certainly has all the elements of a literary mystery. There’s some uncertainty over whether he fell, jumped, or was pushed to his death. What we do know is that when Nakasa’s life force left his body on that Manhattan pavement in 1965, he couldn’t have known that, 50 years later, he would be at the centre of a swirling discussion on memory, exile and belonging.

Most of what has been trotted out around the life and death of Nat Nakasa has as its source one of two texts. There is Nakasa’s own writing, collected almost 40 years ago by Essop Patel and republished several times since then. What we know about Nakasa’s life has also been enriched by the instructive biography A Native of Nowhere: The Life of Nat Nakasa, written by Ryan Brown and released in 2013. Most of the articles written since the minister’s announcement trace their lineage from Brown’s work, but very little has been said about Nakasa’s work itself. It seems, then, that Nakasa is being made to mean something, at the expense of his work.

Part of the allure of Nakasa’s image must surely be his membership of the Sophiatown Set. Although Nakasa’s 1958 arrival was at the twilight of Sophiatown’s existence, he and his fellow writers did much to shape our understanding of how Black lives were lived in a time of promise and pain. Time has dimmed the currency of these writers and their work, most of which is forgotten, illumined only by the occasional nostalgic article, or a stylistic nod in a music video. The desiccated clichés of jazzmen, gangsters and shebeen queens are due in no small part to the work of these writers, but it’s a story that has been told many times before, and it’s achieved such magnitude that it doesn’t leave much room for considering who Nakasa really was.

It would be more interesting, perhaps, to compare Nakasa with another tragically fated South African figure, the poet Arthur Nortje. Born four years after Nakasa, Nortje was also a precocious young talent who ran up against the limitations of racial segregation and found that his escape to foreign shores didn’t bring the liberation he thought it would. Nortje’s story ended in an Oxford flat one Friday morning in 1970. He had overdosed on barbiturates, but whether he had meant to do so or whether it was simply an accident remains unknown. Like Nakasa, Nortje’s story is given symbolism by the tragic uncertainty of his death in exile.

While the return of Nakasa’s remains to South Africa is an important symbolic gesture, it’s difficult not to be reminded of a time in our past when writers were on the front lines of the cultural struggle. The exhausted contestations about whether writers are meant to be more than mere documenters of the society from which they spring echo in the government’s insistence on reclaiming Nakasa as a symbol. Symbols are too neat, too tidy, and they don’t capture a writer who was so invested in escaping boundaries and containment.

Given this, what then is the possible route for assessing Nat Nakasa? It’s tempting to think about him as the flaneur, striding Joburg’s streets and slipping through society’s restrictions with captivating ease. His writing on Johannesburg, a Johannesburg of “sophisticated gangsters, brave politicians and intellectuals who challenged white authority”, demonstrated an easy fluidity it’s easy to mistake for freedom. It also demonstrates a man sensitive to his exclusion from the spaces he wandered through. He was essentially a native of nowhere even before he left South Africa.

And perhaps it is that, ultimately, that we should celebrate when we think about Nat Nakasa and his legacy. In a country too often concerned with origins, Nakasa asked if there was something to be gained in moving beyond these restrictive prisms. Writing about daily life in Johannesburg, he remarked that:

The colour bar which dominates the lives of all South Africans, haunts and plagues the dinner tables monotonously all over town. I’ve often thought how irritating this must be to people who are sufficiently resourceful to make good conversation without dragging the business of segregation into it. I can survive because I’m not one of them.

There the wit, there the candour. Nakasa saw South Africa as a land afflicted by a “paralysis of conversation”, and he sought to free South Africa by being free himself. In a country whose children now speak eleven languages and move with relative freedom locally and globally, Nakasa is deeply imbricated in the textures of the modern South African experience. And yet, it almost feels like a cop-out simply to conclude that it is his symbolism that makes him an intriguing subject. It is in the nature of all symbols that they are unsatisfying. His writing, not a massive oeuvre, but quality work nonetheless, deserves to be read again. But who will take on that great labour? DM