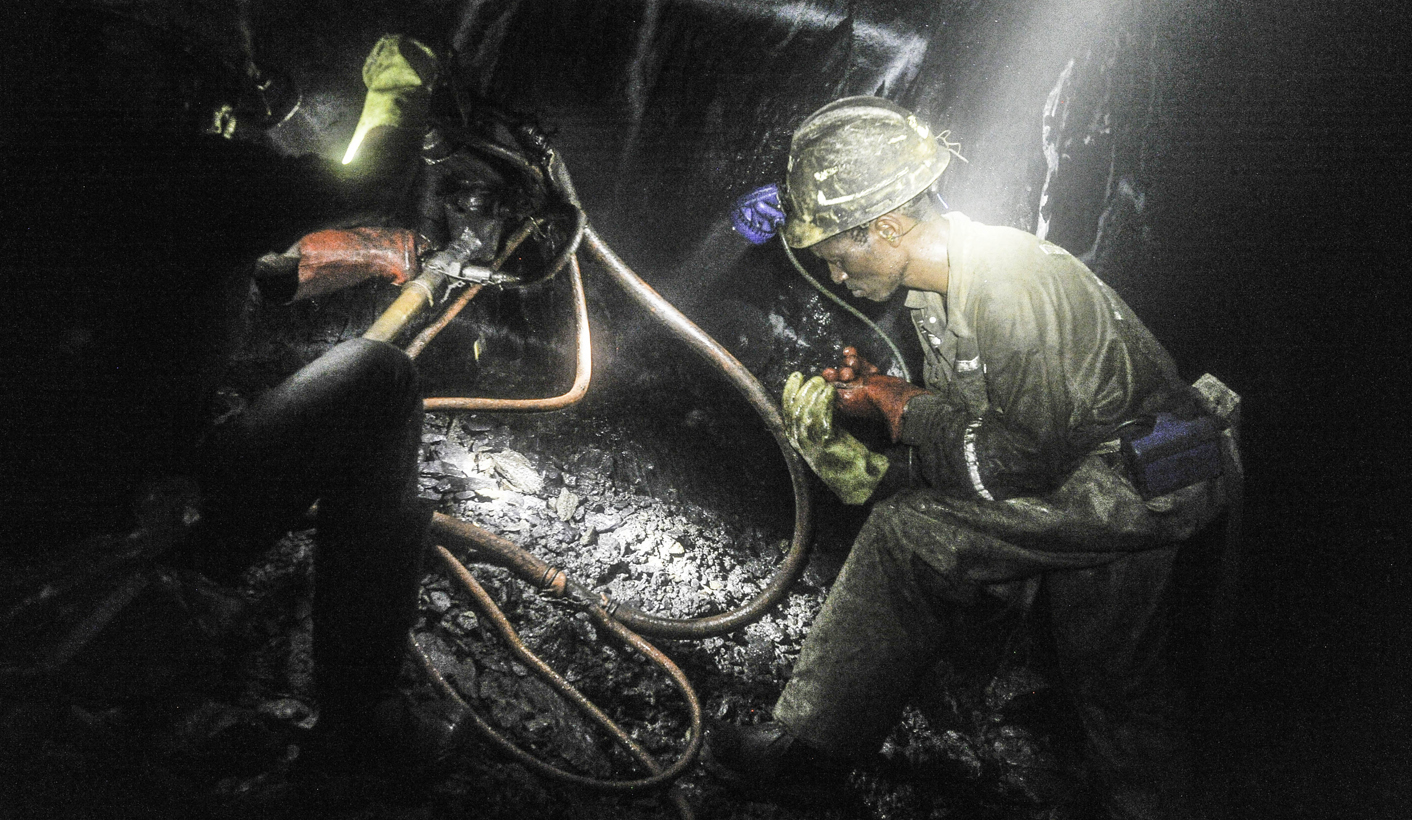 It’s the third annual Mining Lekgotla, and the big players in the industry have gathered in Midrand to discuss how mining can contribute to the new South Africa. GREG NICOLSON sifts through the chatter to bring you only the most important nuggets of information.

Transformers, coming to a mine near you?

Everyone agrees: the industry needs to do more for mining communities and to promote equality. Leading a group of protesters affected by mining at the event, Methodist Church Bishop Paul Verryn said: “We demand our rightful place within a democratic South Africa for which our forefathers died and for which we continue to struggle so that our children are not cursed with the colonial heritage of poverty while they live in a wealthy country.” Touching on mining’s legacy of exploitation, he added that “communities will not accept the scraps from the table of the masters.”

Mineral resources Minister Ngoako Ramatlhodi told the Lekgotla that as the deadline for the Mining Charter’s transformation goals is up this year, much more needs to be done to pacify communities and the wider public’s hostility towards mining. “We shall regain their confidence only when they feel improvement in their material conditions,” he said. In other words, it’s time to turn laws into reality – and it might be time to also begin a long-term plan to mitigate the effects of the migrant labour system.

But the industry needs action, not rhetoric. Twice this week we saw examples of transformation gone wrong. At the Marikana Commission, evidence emerged that while platinum company Lonmin has been transforming its hostels, in five years it only built three of a planned 5,500 houses. Those three were show units. At the Lekgotla, Harmony Gold executive director Mashego Mashego said R200 million was spent on community housing. Pressed, he admitted the money was used for converting hostels and no new houses were actually built.

Despite calls for stakeholder collaboration – more forums, talk shops and multi-party agreements – mining’s new rebel, the Association of Mineworkers and Construction Union (AMCU) didn’t attend the Lekgotla. They might not have received a particularly friendly welcome: figures announced this week showed platinum group metal production declined by 37.2% in June year on year, largely due to AMCU’s five-month strike in the sector, the longest industrial action in SA history.

It’s no surprise they didn’t attend. The event was co-organised by the National Union of Mineworkers NUM), the Department of Mineral Resources and the Chamber of Mines, none of whom are exactly friendly with AMCU. The union’s president Joseph Mathunjwa and treasurer Jimmy Gama instead were at the Marikana Commission listening to the relatives of the deceased, some of whom told them to continue the struggle. AMCU’s been reluctant to get involved in any of the discussion forums and glossy transformation plans, meaning we’re not going to see all role players recording a Live Aid song for the mining sector any time soon.

“We live in an instant gratification society that produces political parties and unions over a few days,” NUM general secretary Frans Baleni told the Lekgotla, a subtle dig at AMCU. “We tolerate and reward anarchy.”

Where are all the women?

“The employment of women in mining remains a particular challenge. It is lonely for me up here, as you can see. It is lonely, too, for the small minority of women employed in mining operation,” joked Anglo American executive director Khanyisile Kweyama on Wednesday evening.

African Union Chairperson Nkosazana Dlamini-Zuma spoke of a “disproportionately high number of men” in the industry. “I take it that is how it is in the mining sector and it must change.” She continued, “If you give financial strength to women you are strengthening the family, the community and the nation. Their money does not end in the handbag. It goes to education for the kids, it goes to shelter, to the community and even to their men.”

Women’s Minister Susan Shabangu also addressed the forum. “We must ask uncomfortable questions: is there a South African woman CEO of a major mining house, since 1994, save for the US citizen Cynthia Carrol who has since left Anglo American? Is it frankly not a disgrace that the mining majors have failed such an important transformation test?” Shabangu said the level of women in mining has moved from 1% to around 10%, but more needs to be done to get women into programmes that prepare them for mine work and managing mining companies.

No progress on new bill

After initially voicing serious concern with the Mineral and Petroleum Resources Development Amendment (MPRDA) Bill, the Chamber of Mines is now not only behind changes made through consultations but wants it signed into law to create certainty, according to Business Day.

Speaking at the Lekgotla, Minister Ramatlhodi didn’t indicate whether it would be signed by Preisdent Jacob Zuma or sent back to Parliament. The Bill is with the president while experts test its constitutionality. “In the event the current Bill is assented to in its current form, I commit to a rigorous and transparent engagement with stakeholders, on draft regulations,” promised the minister.

Don’t be alarmed, but…

“The tensions in mining right now means the stakes are high and the need for resolution is urgent. This quite frankly is very serious,” said Andile Sangqu from the Chamber of Mines. Growth difficulties, labour relations problems, a lack of competitiveness, market volatility, and a dire need to transform are just some of the challenges facing the industry.”

Labour is a key issue. “If indeed, the industrial relations system requires some panel beating, let that be informed by empirical evidence,” said Minister Mildred Oliphant. “I want to argue that a piecemeal approach will not be sustainable, nor will it be the most productive way of dealing with the challenges. Opting for a quick fix and/or emotional solution will not be sustainable.”

“We find ourselves at a crossroads,” said Anglo American’s Kweyama, before listing all the challenges. But like many of the speakers, she said they can be tackled. “On the other hand, we need to continue growing the industry, driving meaningful community and infrastructure investments and developing partnerships and sustainable stakeholder relations. These are not issues that can be ‘quickly’ fixed overnight. It should also not be any one entity’s responsibility to find solutions to these complex challenges.”

The real challenge, however, lies outside the convention centers and trade shows – turning the talk into action. DM