Platinum: The end, the deal, the impact 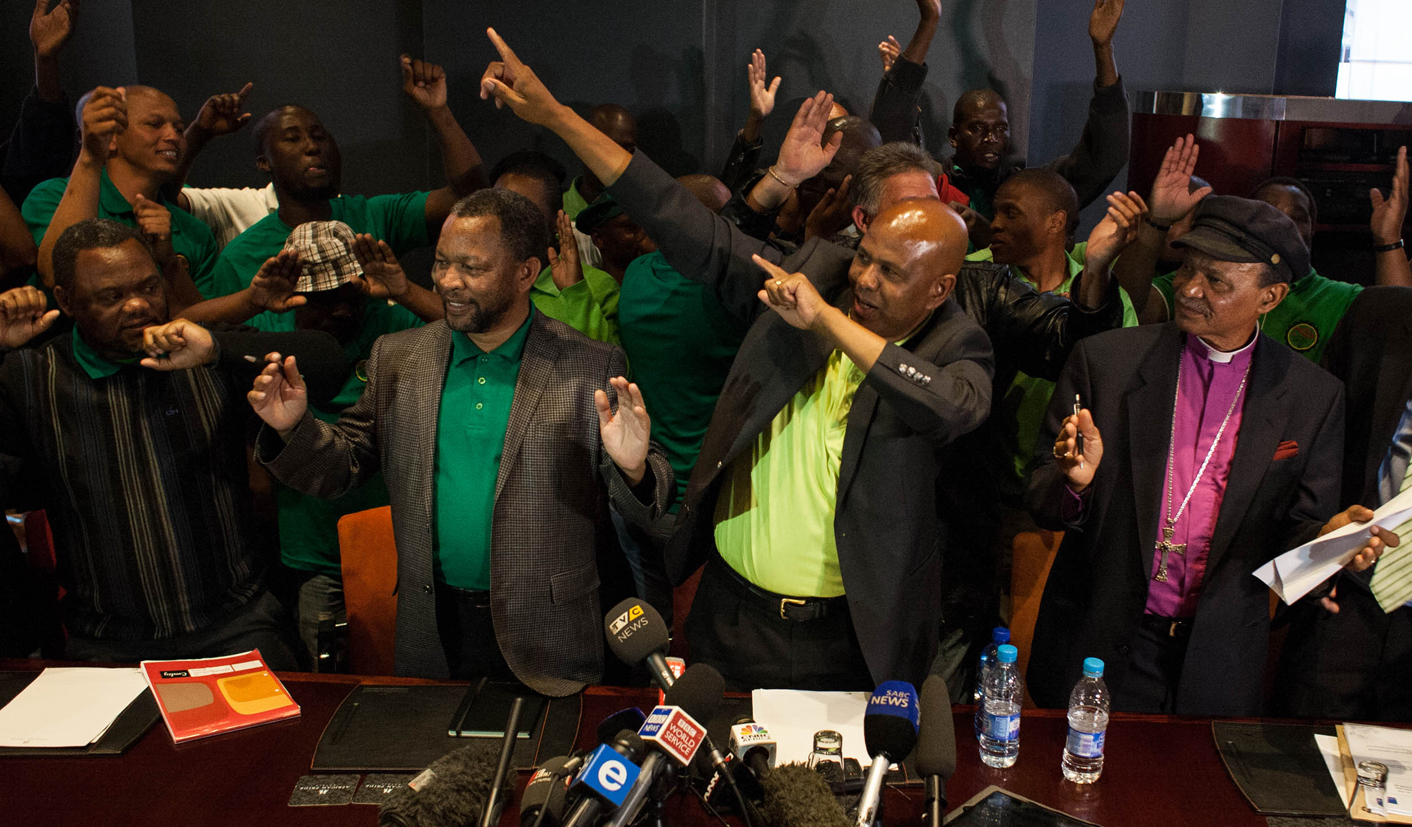 It’s in ink: the platinum strike at Lonmin, Anglo American Platinum and Impala Platinum is over. After the Association of Mineworkers and Construction Union (AMCU) signed the deal on Tuesday, GREG NICOLSON looks at what the agreement entails and what it could mean for the future.

Firstly, let’s look at what’s in the agreement. After five months on strike, each company has agreed to a three-year deal with AMCU backdated to last July at Amplats and Implats and October at Lonmin. For much of the negotiations, the platinum producers chose to negotiate jointly, but three agreements were signed on Tuesday, each with slight differences.

At all three companies, workers receiving a basic wage of less than R12,500 per month will get R1,000 increases per month for two years. That means up to 20% increases in the first year, obviously decreasing thereafter. Lonmin will pay a R1,000 increase in the third year, while Amplats and Implats will pay R950.

Higher paid workers will get 8% increases a year for two years at Amplats and Implats; then 7.5% in the last year. Lonmin will give those workers 8% for one year, followed by two years of 7.5%. By the end of the agreement, basic pay will start at R8,000 for underground workers. AMCU President Joseph Mathunjwa said a “significant” number of workers would receive R12,500 by the end of the deal.

Photo: AMCU leaders listen to journalist’s question the details of the wage deal.

Allowances were crucial to reaching an agreement. The living-out allowance will remain as is at Impala with no increases. At Lonmin and Amplats, it will increase slightly in the first year, then remain the same. Fringe benefits will increase with inflation.

Employees will resume work on Wednesday and within seven days will be paid their increases from the beginning of the negotiations until 22 January, the day the before the strikes began. The “no work, no pay” principle means none of the workers will be paid for the five-month strike, but all companies agreed to help with food parcels, transport and health issues in the first month back at work.

Importantly, task teams will also be established to look into broader issues. They’ll focus on building trust between employees and management and will assist workers in stabilising their finances. Profit share options will be researched and Mathunjwa said the government has committed to working with the companies to ensure past promises on housing developments are met.

All parties were relieved that an agreement was reached. Journalists waited for hours outside Lonmin’s offices in Melrose Arch, Johannesburg, for CEO Ben Magara, flanked by Implats CEO Terence Goodlace and Amplats CEO Chris Griffith, to formally announce that the deal was been signed. Shortly after AMCU’s press conference, Dali Mpofu, who has assisted AMCU in negotiations, proudly waved the three agreements in the air.

It’s likely, however, that the marathon strike will be remembered not for what was on paper, but for its broader implications. The fact that union members went to the brink of destitution for a “living wage” is significant.

“We are confident that this has been a painful but necessary struggle to transform the lives of our members,” Mathunjwa told journalists. “It has been a gruelling process that has yielded successful outcomes transforming the sector to be worker-driven in improving the lives of the mineworkers and their families.” He claimed it was a victory for all South Africans, one that has redefined the role of the trade union movement.

During the last five months, Mathunjwa saw a shift in public opinion, from being critical to understanding the struggle and “slave wage regime”. Undoubtedly, the strike put working-class issues on the national agenda and acted as a rallying point for economic transformation. Even the platinum CEOs acknowledged “the work that needs to be done to improve the lives of our employees”.

It remains to be seen whether the strike will continue to galvanise public demands for radical change and confronting the failures of the democratic government to combat issues of poverty and inequality. But already these positions have found support in the Economic Freedom Fighters and the National Union of Metalworkers SA. Cosatu affiliates and the ANC are now under increased pressure not to get left behind while other organisations position themselves as leaders of the new struggle.

The wage agreement could also signify a new era for mining companies. It’s almost inevitable that the crippling industrial action will hasten plans to mechanise and restructure operations. Mathunjwa said the companies talked about avoiding restructuring to ensure stability in the sector. But the strike has added to perceptions that the industry is unstable, even if the industrial action was legally protected. Notably, AMCU’s proposed moratorium on retrenchments was not included in the wage agreement.

“The road ahead remains a challenging one and it will take some time for our operations to resume full production, with the safety and wellness of employees being paramount. This is at a time when the platinum market remains subdued, and operational profitability remains constrained,” the three CEOs said in a joint statement on Tuesday. “It is our sincere hope that our companies, our industry, our employees and all other stakeholders will never again have to endure the pain and suffering of this unprecedented strike period. None of us, nor the country as a whole, can afford a repetition.”

As the mineworkers go back underground, they can be satisfied that their sacrifices will long influence the country beyond the ink on the paper. In what ways, time will tell. DM