It’s just the ANC’s slow jump to… the right? 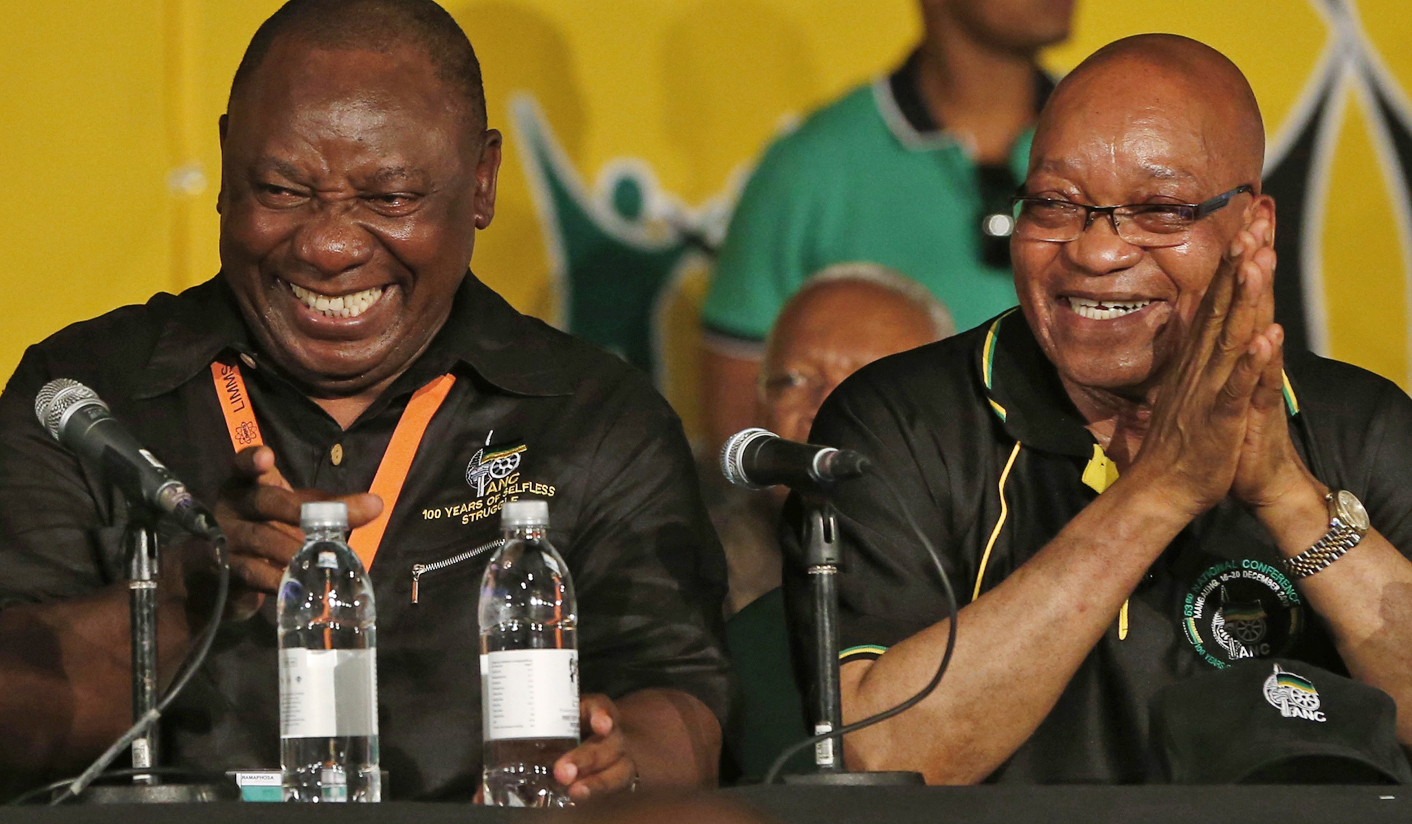 In South Africa, economic policy is, to put it mildly, contested terrain. With our history having created a skewed scenario of ‘haves’ and ‘have-nots’, there is an uncomfortable element to these arguments. In short, to argue about economics is to argue about race and our past. Which is one of the reasons that every time there is a slight change in government, or an election, everyone both locally and abroad starts to fret and worry and prepare for economic policy Armageddon. Knowing full well that the structure of our economy is simply unfair and wrong, those who are the ‘haves’, and those who have invested money in this economic structure, worry deeply. But over the last five years the ANC itself appears to have actually, slowly, started to shift to the right. Under President Jacob Zuma. For real. By STEPHEN GROOTES.

In 2009, Jacob Zuma was about to become Mr President. He had emerged victorious from the rain and mud at Polokwane in 2007, and after brushing aside a few legal matters, was headed for the Union Buildings. (And towards Nkandla, but that’s another story.) At the time, there were two major pressing concerns for most of the politically aware. Who was he going to appoint as National Director of Public Prosecutions? And was he going to bring and end to the Reserve Bank’s policy of using interest rates to keep inflation in check – otherwise known as Inflation Targeting?

We all know how his NDPP appointment ended.

But the fears about the economy were quite rational. It appeared at the time that Zuma was completely in political debt to the Left of the alliance and the ANC. His most vocal supporters had been Cosatu and the SACP. He himself said virtually nothing about policy. Famously, in his first press conference as ANC leader, when asked in which direction he would lead his party, he said that he was “an empty vessel”, and that his job was to take direction from the ANC’s members. For someone watching from the money houses of New York or Tokyo, it could not have been a comforting moment.

Fast-forward to the ANC’s National General Council of 2010, and the same fears started to surface. Led in the main by one angry youngster, it appeared as if the whole economy was about to change. The ANC Youth League packed the economic transformation commission debate, and the annoyed, but ultimately smiling, Trevor Manuel saw them off.

Now, in 2014, as Zuma appears poised to start his second term as president, it seems there has been hardly any movement to the left at all. Rather, under him, it appears the economic policy debate in the ANC has shifted to the right.

Think of it like this: No one seems to be worried about a huge change to the Reserve Bank’s mandate this time around. For all the sound and fury of 2009, the economy has hardly featured in this election campaign. The ANC’s main economic promise this time around is to create five million “work opportunities”, which appears to be a more effective Expanded Public Works Programme. There is no talk of making changes to the way things work, or to increase taxes or to give more power to the left. And anyone who talks about mine nationalisation within the ANC now looks like a Malema-ite. Or someone who wants to join NUMSA. These people, should they breathe their wish aloud, could be turned into the political equivalent of a pillar of salt,.

There are some interesting reasons for this. The first is that the Left within the alliance has managed to destroy itself. It’s become so routine to describe the SACP as simply a lobby group for Zuma that they don’t even seem to argue with us anymore. Instead, they spend their time blaming Nkandla on white people. (Good luck to them.) And Cosatu, of course, is simply going through a painfully slow atomic explosion, creating political thermo-nuclear radiation that will scar all involved for years.

Then we have some fundamental changes within the ANC itself. Over time the number of people within it, who have become a part of the business establishment, has grown. It’s no longer just a few big business people within the NEC. It’s not just about Saki Macozoma and the discussions Patrice Motsepe has with someone over a single malt. There is now a much more organised lobby of businesspeople within the ANC. In particular there is the Black Business Council, led by Sandile Zungu, that has become more effective than any other business lobby group we’ve had within the ANC in the past. Last week’s apparent confirmation by ANC Secretary General Gwede Mantashe that the party would create a Ministry of Small Business is the successful conclusion to their campaign. Ditto some of the Mangaung policy decisions, which put paid to whatever plans people like Malema had to nationalise the mines.

These people are becoming part of the real business establishment. They have a huge stake in the economy as it is now, not in how some lefty would want to be. Some are what the SACP in its younger days would have written off as “rent-seekers”, but generally they are people running businesses. They are not going to let labour broking be banned, or let life be made harder for them more generally without a fight. And this lobby group is likely to keep growing within the ANC.

Also, the creation of the Economic Freedom Fighters means that the ANC itself may want to claim the mantle of the more sober and trustworthy party. In other words, if it tried to suggest big changes in the economic sphere after the elections, it would look too close to the EFF. So, in a strange way, perhaps the EFF is nudging the ANC a little to the right. Who’d have thought?

Having said all of that, this doesn’t mean that life has got any better for business over the last five years. Anyone who is an employer would immediately point to the Labour Relations Amendment Bill that appears to allow strikes without ballots beforehand, and, of course, anything that comes from Rob Davies’ office. The Labour Bill was really the result of the fact that Cosatu can’t be written off completely within these debates, and the Department of Trade and Industry’s red-tape creation activities are probably more to do with decisions by Davies and his officials than decisions from within the ANC. Mangaung delegates did not spend that much time discussing the intricacies of small business regulation.

The ANC can be notoriously difficult to predict. Policy issues can spring up with very little prior warning. No one saw the debate on nationalising the Reserve Bank coming, or the idea of a job-seekers’ grant. So it’s still entirely possible that at some point the party will start to move back to the Left. But for the moment, it seems more likely to be heading on a slight rightward path. This could, of course, become easier to assess after Zuma appoints his new Cabinet in a few weeks time. DM