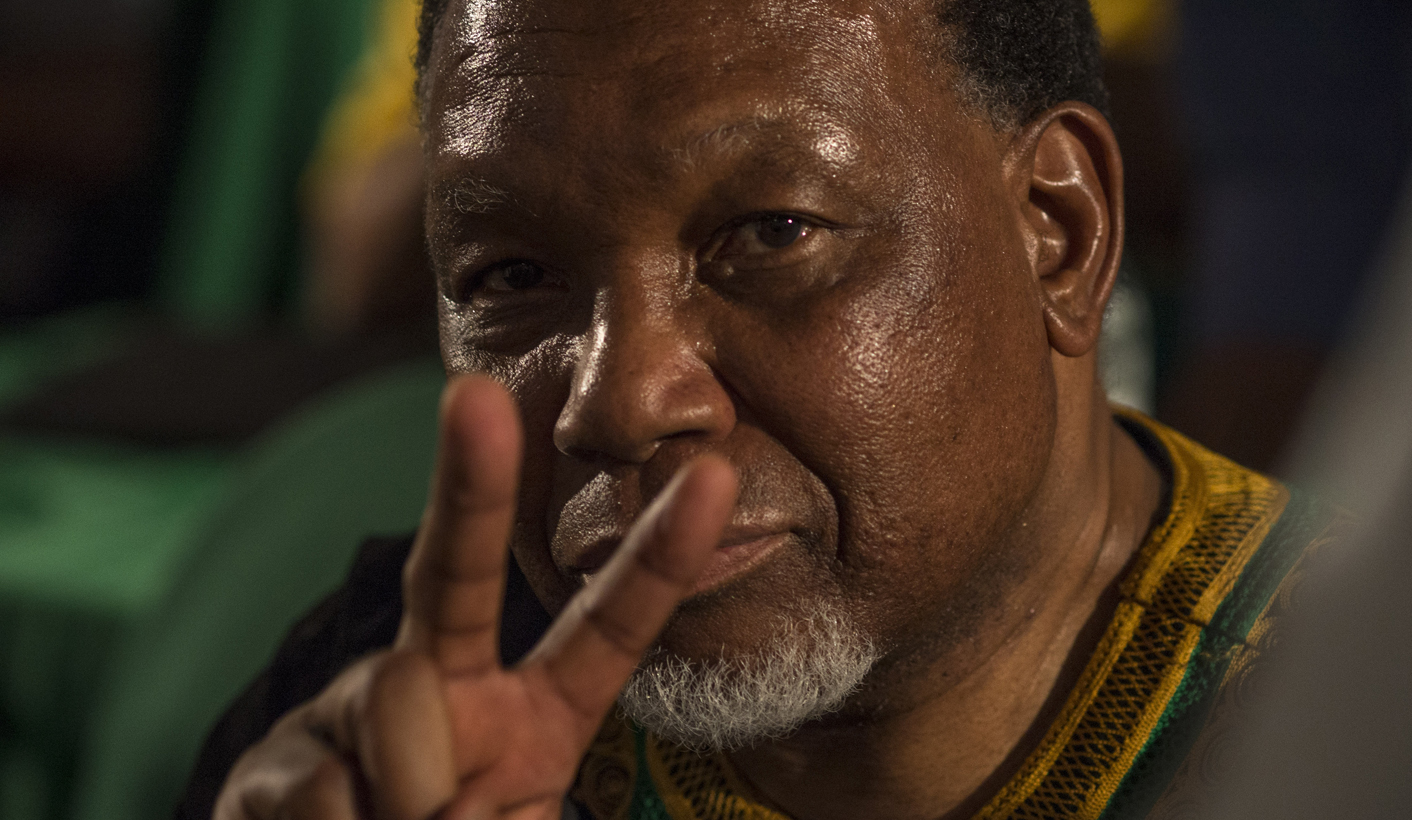 The history of our time will never do justice to the story of Kgalema Motlanthe, South Africa’s shortest-serving president and the man who could have changed the destiny of this country – if he had had the slightest trace of political ambition. After the 7 May elections, he will cease to be South Africa’s deputy president and will go on to live the rest of his days free from the bondage of politics and public service. Should we be angry, in awe or grateful to Motlanthe as he bows and walks off the political stage? Perhaps all of the above. By RANJENI MUNUSAMY.

If ever you thought Deputy President Kgalema Motlanthe was bluffing, that he secretly did harbour big political ambitions, an interview he did with journalist and author John Carlin in early 2009, during his stint as president, reveals exactly how he feels about high office.

“Being president means you have no life of your own. I actually don’t like it. I think you have to be insane or very, very special,” Motlanthe told Carlin.

In truth, Motlanthe did look markedly uncomfortable during the seven months he stood in as Number One following Thabo Mbeki’s recall from office. He was also under a horrendous onslaught at the time from within the ANC, particularly some leaders wanting to ingratiate themselves with then president-in-waiting Jacob Zuma. Motlanthe was accused of being “too independent” and a proxy for Mbeki.

Around that time, a sleazy story appeared in a Sunday newspaper that Motlanthe had impregnated a 24-year-old woman, which turned out to be wholly untrue. Although he had every right to rant and rage about the story at the time, Motlanthe did not. He took measures to show the story to be false and met with the South African National Editors Forum about it. He understood it within the context of the political offensive against him and let it go despite the harm caused to his image and his family.

The incident and the behaviour of his comrades was probably enough to convince Motlanthe that being president was not for him. After the 2009 elections, there was a smooth handover of the reins to Zuma, and Motlanthe neatly stepped aside and into the position of deputy president. It was unprecedented and completely unheard of, particularly on the African continent, that someone who occupied the highest office could surrender it so easily without a hint of self-interest. There was no deal that would ensure Motlanthe’s future prospects. (It didn’t hurt, though, that Motlanthe could keep some of the benefits of having served as president, such as his pension.)

Motlanthe has been active in politics from his youth and was recruited into Umkhonto we Sizwe in the 1970s. He served 10 years’ imprisonment on Robben Island for charges under the Terrorism Act. After his release, he joined the National Union of Mineworkers, becoming its general secretary. In 1997, he was elected secretary general of the ANC, which he stayed in until the ANC’s 52nd national conference in Polokwane. There he was elected ANC deputy president.

The trouble started when some in the ANC, such as the Youth League firebrand leader at the time Julius Malema, decided that Motlanthe would be a much better president than Zuma and began campaigning for him. Motlanthe shrugged it off and continued to do so until uncomfortably close to the ANC’s 53rd national conference in Mangaung in 2012. We will perhaps never understand what was Motlanthe’s objective in the way he manoeuvred through the Mangaung conference. There was some point he tried to prove, some principle he wanted to underline. Whatever it was, it was like holding out a delicate blossom in a blizzard. It was crushed and buried.

Immediately after Zuma beat him by a landslide to retain the ANC presidency, Motlanthe did something utterly bizarre. A few of us from Daily Maverick were in the conference marquee at the time, watching Motlanthe intently. Suddenly he looked at Daily Maverick’s Greg Marinovich and raised his fore and middle finger in a V sign, the sign used by Zuma’s supporters to campaign for his second term. Who does that? The vanquished holding up the sign of the victor? Marinovich’s click was dead on – Motlanthe appears to be staring into your soul, communicating a silent message.

What was it, though? I surrender? Just accept the outcome, South Africa? It is I who in fact triumphed by getting out of a leadership I no longer belong in?

What was Motlanthe saying?

There are a thousand what-ifs about the Mangaung conference, including the question of whether Motlanthe could have won if he genuinely tried to. Would Cyril Ramaphosa have joined his ticket if Motlanthe had made a deal with him? The two certainly have a closer relationship than Zuma and Ramaphosa do. We will never know. Perhaps Zuma would not be as invincible as he is now if he faced a tough challenge from within the ANC. Perhaps he would not have been the ANC’s presidential candidate in the upcoming elections if a significant lobby within the ANC opposed it. That lobby has now been crushed and flushed out of the ANC.

Perhaps Motlanthe always knew that Zuma could not be beaten and accepted defeat before the battle even began.

There were media reports during and after the Mangaung conference speculating that Motlanthe would resign then as deputy president. It is simply not his style to rock the boat and draw attention to himself. He always did what was expected of him and therefore stayed on as Zuma’s deputy, despite the obvious discomfort. For a year and three months, he carried out the functions assigned to him, including the unenviable tasks of trying to mediate the e-toll and mining crises. His foreign trips were cut down, an international award to be conferred on him was mysteriously withdrawn, and he said nothing.

Last July, he told the Financial Times: “If it [the ANC] does not pay attention to the importance of being relevant to the people of South Africa, then it will run the risk of losing power.” He said the possible loss of support “worries me a great deal”.

“It’s definitely not going to be an easy election… people assess a party not on the basis of its glorious history but on the basis of what they experience.” Asked whether the ANC will be able to turn itself around, Motlanthe said: “The crisis must reach its apex first… I think it will be self-delusion to believe it’s something that can self-correct. It has to get worse first.”

That is the most he has had to say about the situation in the ANC, and has otherwise withdrawn from the political scene. He has had minimum involvement in the ANC’s election campaign.

The ANC strung Motlanthe along since Mangaung with promise of a political school to impart the history, traditions and teachings of the ANC to younger generations. This had been Motlanthe’s passion and the fact that it never came to fruition has crushed his spirit even more.

This week, Motlanthe and National Planning Commission Minister Trevor Manuel both bade an emotional farewell to Parliament, as they will not be returning after the elections. Motlanthe’s address was poignant and laced with quotes and statements that demonstrated his self-effacing character. There was also commentary in the subtext, but true to form, well concealed.

“Mr Speaker, at times life seems inscrutably hard to make sense of precisely because one has to study life while still living it. I wonder whether Charles Lindbergh was moved by the self-same realisation when he memorably remarked that ‘[l]ife is like a landscape. You live in the midst of it, but can describe it only from the vantage point of distance’.”

Tracing his six-year stay in Parliament, including the “murky conditions” under which he became president, Motlanthe thanked his party and members of the opposition for their trust and support.

He went on to say: “Being asked to serve one’s country at any point in history is always an honour. However, the truth is our nation is replete with luminous talent. Not only that, at some point serving leadership must give way, so that new blood, fired up with life-changing ideas, can take society to a higher level of development.

“Necessarily, the time comes when all ‘leaders’, as H.G. Wells advises, ‘should lead as far as they can and then vanish. Their ashes should not choke the fire they have lit’. I would not let my ashes choke the verdant future that is beginning to assume some discernible outlines on the horizon. Few have been the moments in human history when the time was ever right for a leader to leave.”

Read into that what you will. Motlanthe is off to live his life, perhaps for the first time completely unchained since he became a political activist in his youth. Will he be back in politics? Unlikely. Will he vanish from the public eye? Probably.