Madiba nostalgia in the time of election depression

Madiba nostalgia in the time of election depression 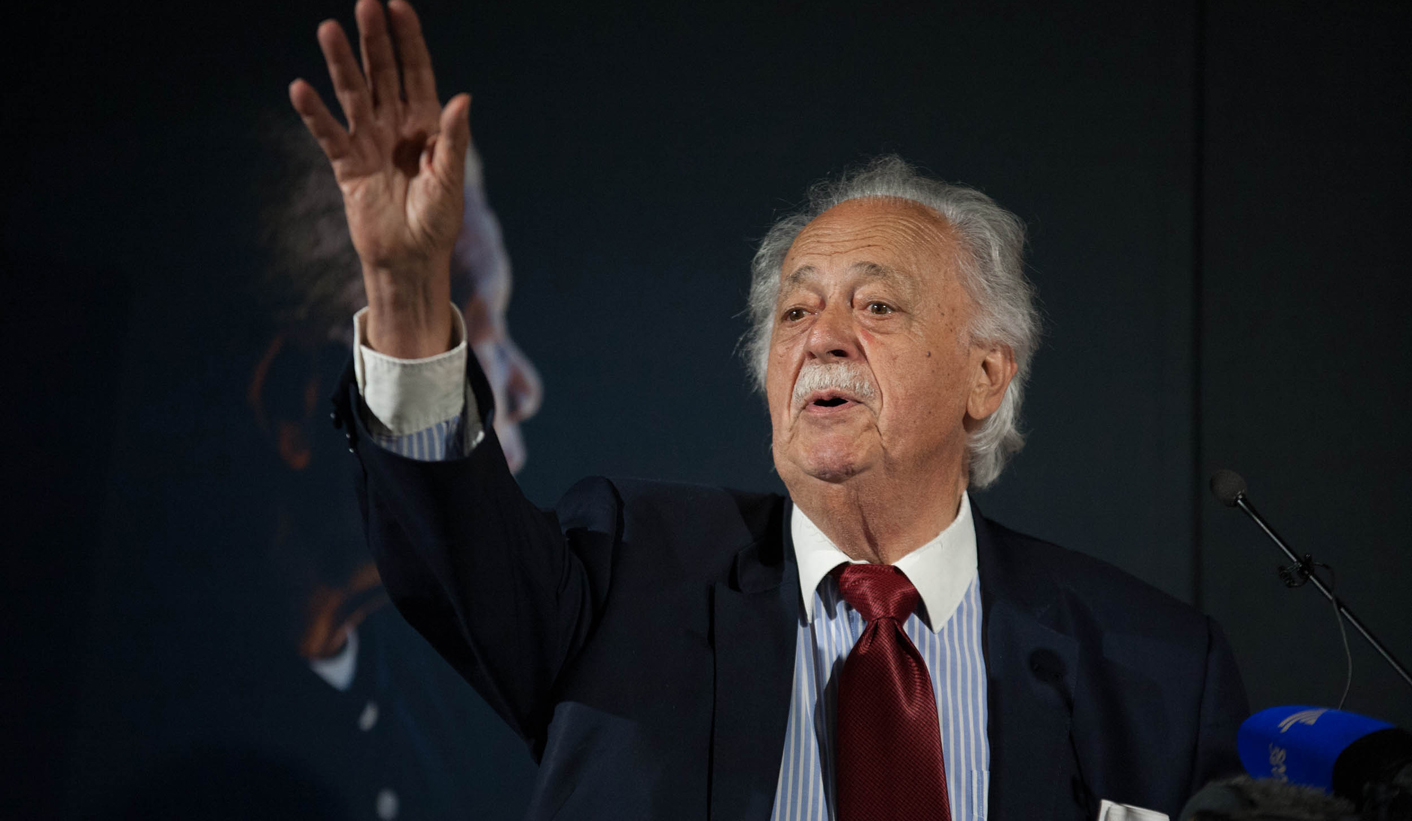 For a moment on Sunday afternoon, it seemed the hope that came after Nelson Mandela’s passing had returned. Hard questions and community spirit, that’s what it takes. In the election race, however, these ideals appear to be lost. By GREG NICOLSON.

Madiba was a meticulous planner, remembers ANC Deputy Secretary General Jessie Duarte. Back then, after Mandela was released from prison, she was appointed as his assistant, moved from being an organiser in Gauteng. Each meeting, Madiba had a checklist, knowing exactly what he wanted to cover and how he thought it should go. Duarte recalls the ANC’s debate over the voting age. Madiba had a researcher canvass voting ages around the world, but talk within the ANC suggested they were stuck on 21 years old. “I will take to the [national executive committee] the voting age of 14. By the time they finish arguing, it will be their decision, and it will be 18,” Mandela told Duarte.

She recalled their trip to Ventersdorp, when he insisted on meeting the leadership of the Afrikaner Weerstandsbeweging. The reconnaissance team didn’t like what they saw, but Mandela was insistent on the visit. “Here was an activist; here was a man, treated extremely poorly, who understood that the only way to develop our country was peace first.”

This Sunday afternoon, as the Nelson Mandela Foundation opened a new photography exhibition and signed an agreement to preserve Mandela’s writings from paper’s normal deterioration, it felt like mid-December. Minister Trevor Manuel spoke, along with Duarte, George Bizos and photographer David Turnley, who was accompanied by one of South Africa’s most distinguished photographers, Peter Magubane.

After Mandela’s passing, the country went through a period of mourning and Mandela’s values and commitment were used as the standard to judge ourselves and SA’s development. A fake sign language interpreter, issues over the state’s handling of the funeral, and the booing of President Zuma all interrupted the introspection. But for once, it felt like there was a moral compass and each of us had to ask which way we were pointing. “Living Mandela’s legacy” – the phrase was thick in the air, like the rain that came down at the FNB Stadium memorial.

It was just for a moment, but as we honoured one of history’s great statesmen, two things seemed important, regardless of whether you believe Mandela is the Father of the Nation or a sell-out. Individually and collectively, what are we doing to improve society and ourselves? And, has South Africa come as far as we’d hoped, and if not, what else can be done? Despite the politics that follow Mandela’s legacy, in mid-December those questions reigned.

The year 2014 didn’t start the same way, at least in the political news cycle. Society, which was hardly unified but was at least asking the same questions, was hit with a cleaver, cut into segments of political support, divided by those with dignity and those without, rattled by moral degeneration, and brutalised in the fight for basic services. Different parties, each trying to claim Madiba as their own, were at each other’s throats over pretty much everything. There are currently more political stunts than at an Evil Knievel performance. Values first? Nah, this year everything plays second fiddle to the almighty election. Opposition parties sense a shakeup and will do anything to stir the pot. The ANC’s treading around the scandals and celebrating anything it can in this 20-year celebration of democracy.

On Sunday, you could feel that Mandela hope again. Bizos told an anecdote, not about Mandela, but about the old days, when Magubane was one of the bravest photographers during Apartheid. Once, Magubane was shooting on potato farm where workers were exploited. When he met the police, an officer confiscated Magubane’s light meter. The photographer explained that his baas was advanced and the contraption allowed him to keep track of Magubane’s location. The officer gave him back the light meter and let him go.

“Ask the tough questions,” he said. “We must look at the quality of institutions and ask whether they still contain that essence of spirit [that Mandela’s generation brought],” Manuel continued. Later, standing by Turnley’s images of Mandela during the transition and township life, Manuel said we need spaces where we can struggle together, regardless of our politics. He referenced Mandela’s final speech to Parliament, which focused on building on South Africa’s achievements. “What do you build on that foundation?” asked Manuel.

Duarte, in the rigours of an election, exemplified how Mandela’s legacy was most commonly being lived – as a tool. She weaved together anecdotes about the old man with election rhetoric (at least she did it with subtlety). “I am not shy to say we live in a country that has a great deal of challenges. But we also have come a long way,” she said. Madiba was a pragmatist, focusing not on wants but what’s possible, she said. It appeared that she wanted to quell demands from protestors across the country that delivery be achieved, promises be met.

Fighting for common interests, rather than individual, was the hallmark of Madiba’s life, said Manuel. As we head towards the elections, those values seem foreign in the current environment. “As parties contest these elections we must maintain the logic of rationality,” he added. Some things should be bipartisan. “Eventually we’ll get there. We’re not there yet,” finished Manuel. DM

All photos by Greg Nicolson/Daily Maverick.