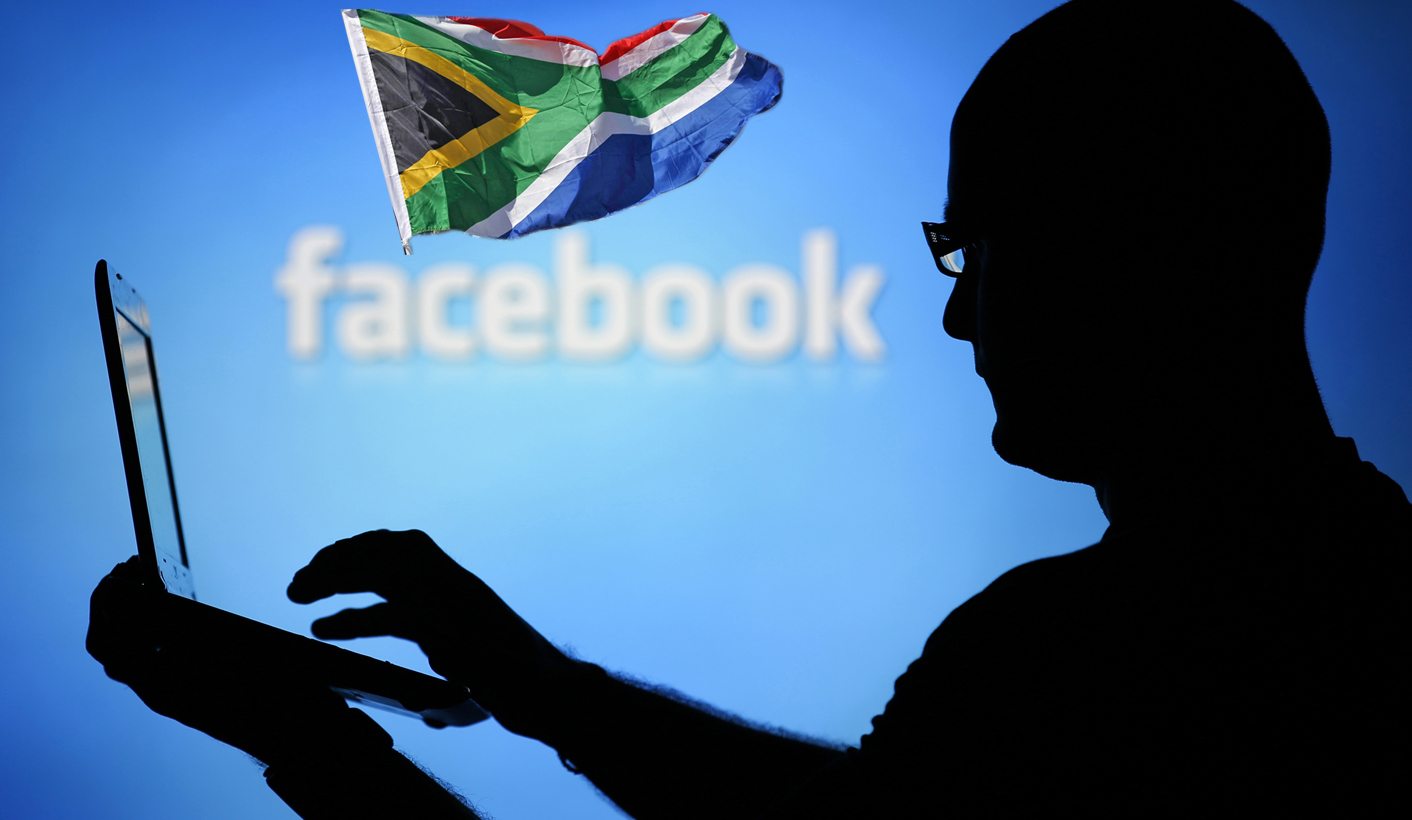 Does South Africa have the most corrupt government in the world? Do ten times more people live in squatter camps than in 1994? Did schoolgirls have 100,000 abortions last year? These are some of the claims made in a Facebook post that has gone viral in recent weeks. AFRICA CHECK investigated. Researched by Kate Wilkinson and Sintha Chiumia.

Earlier this month a list of 16 claims about South Africa under the African National Congress – all of them negative – began doing the rounds on Facebook. Within days the list had attracted more than 2,000 comments, been “liked” 1,600 times and had been shared on the Facebook pages of more than 12,000 people.

A version of the list also appears to have been circulated via email. In August 2013, Business Day reported that a Democratic Alliance councillor in South Africa’s Eastern Cape province, Stanford Slabbert, had been expelled from the party after forwarding an “offensive and racist” email that included some of the claims contained in the blog post.

So what are the facts? Is there any truth to the claims? Africa Check readers asked us to investigate.

Has unemployment in South Africa increased by 60% in the past 19 years?

Does South Africa have one of the highest unemployment rates in the world?

The International Monetary Fund, for example, is one of a number of organisations that monitors unemployment rates. In some cases, where data is unavailable, it provides estimates. According to the IMF’s most recent figures, South Africa has the sixth highest unemployment rate behind Macedonia, Bosnia-Herzegovina, Serbia, Greece and Spain.

However, many African countries are not included in IMF figures and anecdotal evidence suggests unemployment levels across the continent are high. In Zimbabwe, for example, President Robert Mugabe’s party claims unemployment is “hovering around 60%”.

Is South Africa the rape capital of the world?

Unsubstantiated. The claim is often attributed to Interpol. However, the organisation told Africa Check that they have never made that claim. “Unfortunately these false reports have been repeated by various media, without verification with Interpol,” Interpol’s General Secretariat said in an email.

South Africa certainly has shockingly high levels of rape. The latest crime statistics show that there were 95 reported cases of rape for every 100,000 people.

However, Lizette Lancaster, manager of the Institute for Security Studies crime and justice information hub, told Africa Check that with regards to rape: “No international comparisons will be accurate”. A high number of rape cases go unreported and differing definitions of rape make comparisons impossible. “In other countries, for instance, rape of spouses is not an offence, but it is in South Africa,” Lancaster said.

Is South Africa’s education department ranked 140th out of 144 countries?

False. South Africa’s education department is not ranked 140th out of 144 countries. This ranking refers to the World Economic Forum’s global information technology report, which ranked the quality of South Africa’s education system 140th out of 144 countries. It received a score of 2.2 out of a possible seven. However, the ranking system offers little insight into the quality of any country’s education system.

Martin Gustafsson, a researcher in the economics department at Stellenbosch University, told Africa Check that the report does not make use of any standardised testing in producing the ranking. “In the case of South Africa, six respondents, all from the business sector, are asked to rate the quality of education along a seven-point scale from very good to very poor,” he said.

The ratings are therefore subjective and drawn from a small pool, with no effort made to cross-reference ratings so as to compare countries properly.

Africa Check has previously looked at claims that South Africa has the worst education system in Africa. But the available data shows that while South Africa lags behind a number of African countries including Kenya and Swaziland, there are many with worse education systems.

Is South Africa the country where the most car hijackings take place?

Unsubstantiated. South Africa’s latest crime statistics show that 9,990 cars and 943 trucks were hijacked in 2012/13. However, Africa Check was unable to find recent comparative data on car hijackings around the world.

Is South Africa one of the ‘top ten’ countries with the highest murder rates?

To accurately assess crime figures across populations, it has become standard international practice for crime data to be presented, not only in raw or total numbers, but in ratios. Normally these are expressed as the number of crimes committed per 100,000 people.

According to the Institute for Security Studies, the murder rate in South Africa in 1994 was 66.9 murders per 100,000 people.

Gareth Newham, head of the governance, crime and justice division at the Institute, told Africa Check that the Facebook post ignores the fact that in the past 19 years, the murder rate has more than halved.

Recent crime statistics, however, show a reversal in the downward trend, with worrying increases in the numbers of murders and other violent crimes in the 2012/2013 financial year.

Does South Africa have the most corrupt government in the world?

False. There are few international rankings for corruption and those that are available have not escaped criticism. But the available rankings suggest that South Africa’s government is not the most corrupt in the world.

In 2012, Transparency International, a non-governmental organisation that monitors public and private corruption, ranked Somalia the most corrupt out of the 174 countries on its corruption perception index. It scored 8 out of a possible 100 points. South Africa is ranked 69th on the index, with a score of 43.

The World Bank produces annual worldwide governance indicators. In 2012, South Africa’s control of corruption was ranked 113th out of 210 countries.

Does South Africa have ten times more people in squatter camps than in 1994?

False. The first post-Apartheid census was held in 1996. It recorded that there were 1,453,015 households in informal settlements across South Africa. The 2011 census revealed that this number had increased to 1,963,096 households. Using this data, there are 1.4 times more people living in informal settlements than there were in 1996 – not ten times.

Unlikely. Professor Loren Landau, director of the African Centre for Migration and Society at the University of the Witwatersrand, told Africa Check that it is impossible to accurately estimate how many undocumented migrants are currently in South Africa. “Anyone who claims to know how many there are is lying,” he said.

He recommended using census data on the number of foreign-born nationals in South Africa to determine how this demographic has grown.

It is unclear how many of those surveyed for the census were illegal immigrants but Statistics South Africa has stated in a 2011 discussion document that “[s]ince a census is a total count of all persons in the country (at a given point in time), it is expected that all types of immigrants (including illegal/irregular immigrants) will be enumerated.”

Does South Africa have the highest number of convicted criminals in its Parliament?

False. The Democratic Alliance manages a “crooked comrades monitor”, an “archive of those people appointed to key positions in the public service in spite of a dubious track record which suggests them unfit for public office”. It lists nine current members of Parliament that have criminal convictions. However, Michael Mpofu, a Democratic Alliance research and communications officer, told Africa Check that he was unsure how recently it had been updated.

Neither Luzuko Jacobs, the head of the parliamentary communication service, or parliamentary secretary Michael Coetzee, responded to questions.

However, in 2006, The Telegraph newspaper reported that “Italy is…served by 25 MPs who have criminal convictions, the highest number ever recorded”. Last year, Italy passed a law which rendered politicians convicted of serious criminal offences ineligible to stand for Parliament.

In July 2013, The Times of India reported that 1,460 of India’s 4,807 sitting members of Parliament and the legislative assembly have declared being the accused in criminal cases.

False. Africa Check debunked this claim in March 2013. An article in South Africa’s Sowetan newspaper had reported incorrectly that “[a]t least 28% of schoolgirls are HIV positive while only 4% of young boys are infected with the virus in the country”.

The most recent study reveals that HIV prevalence among young women aged between 15 and 19 is around 12.7%.

False. In November 2013, South Africa’s health minister, Aaron Motsoaledi, told Parliament that between April 2012 and March 2013 there were 82,920 legal abortions in public hospitals. He did not make clear how many of the patients could be classed as schoolgirls. But a 2010/11 annual school survey suggested that 36,702 pupils fell pregnant that year.

A Bloomberg Gas Price Ranking, released in September 2013, ranked 61 countries on their petrol price, the earnings needed to buy a gallon of petrol and the annual income spent on fuel. South Africa was ranked 42nd with an average price of $4.94 per gallon of petrol (just over R50 for 3.8 litres). By comparison, a gallon of petrol in India costs on average $4.74.

Africa Check was unable to fact check the claims that South Africa’s defence force is a “laughing stock” and that the country’s “roads, railways, military, police, municipal services, old age homes, hospitals and orphanages have literally fallen apart and are worth nothing anymore”. The claims are broad generalisations and statements of opinion, not fact.

Conclusion – Only four of the claims were true

While many of the claims in the blog post and Facebook post appeared to be questionable, that didn’t prevent over 12,000 people sharing them. Out of the 14 claims that Africa Check examined, only four were true or probably true. DM

Photo: A man is silhouetted against a video screen with an Facebook logo as he poses with an Dell laptop in this photo illustration taken in the central Bosnian town of Zenica, August 14, 2013. REUTERS/Dado Ruvic