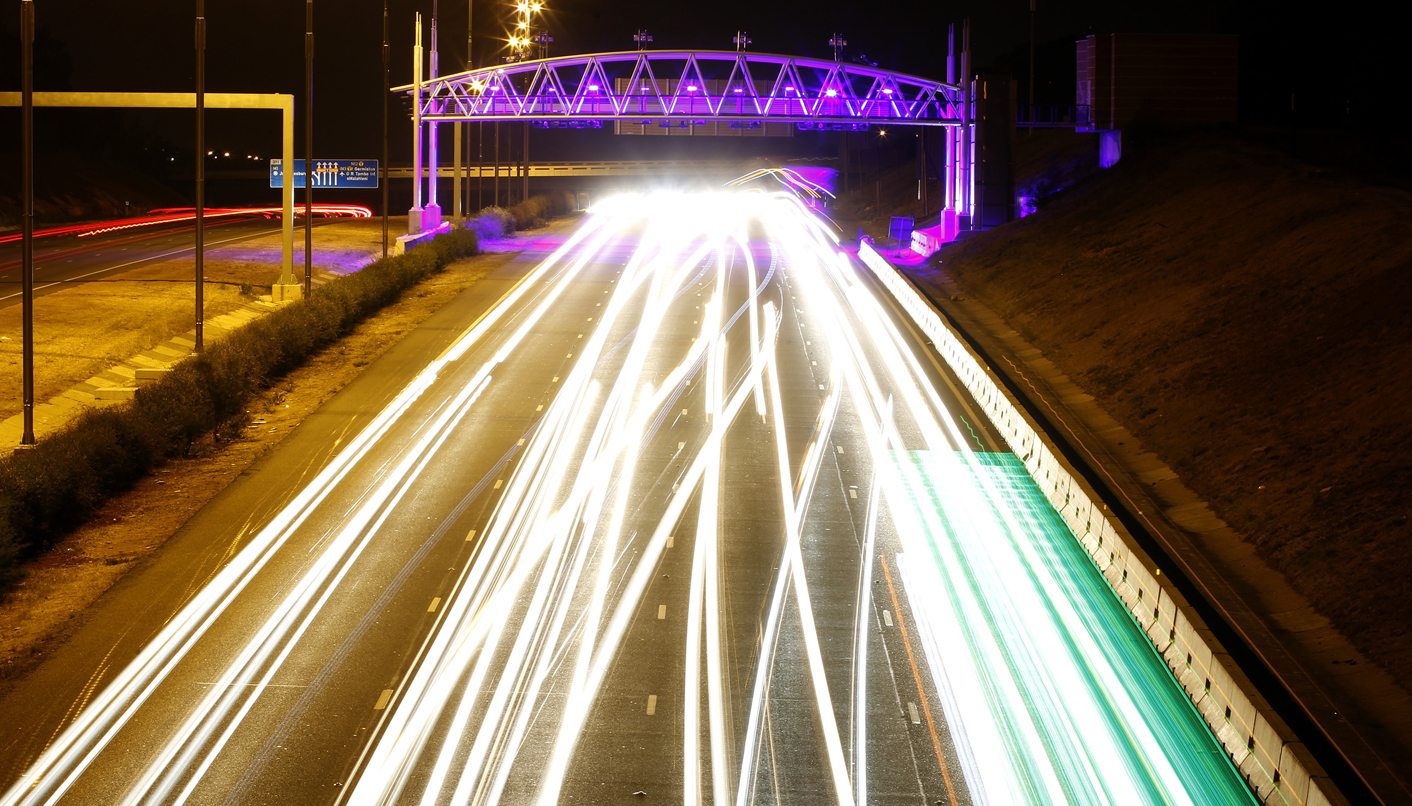 On Wednesday the Transport Minister Dipuo Peters confirmed that those massive structures on the N1 from Jo’burg to Pretoria (or Tshwane, take your pick) will suddenly become e-tolling gantries on 3 December. Merry Christmas. This now means the fight against e-tolls moves into a completely different phase. But this decision shows us how our politics really works, and who is actually in charge, and why. And it demonstrates who some of the biggest losers are within the Alliance. By STEPHEN GROOTES.

When the history of South Africa is written (again) someone could well point to the e-tolls fiasco and use that as the final proof that at this stage in our political development into a fully-fledged democracy, identity clearly matters more than policy. How else could a government ram through such a hated piece of legislation that affects so many people on a daily basis in the Christmas before an election, and hope to get away with it? If ever you needed proof that the ANC feels it really can govern how it likes, that it doesn’t actually feel that it has to be accountable, this really is it.

But before we get started on the will-our-politics-ever-change topic, don’t forget our voters are like those everywhere. They vote their identities. In the UK people who own their own businesses and employ people vote Labour. Despite being owners of the commanding heights of the economy.

The real lesson here is that the ANC also doesn’t feel that it has to be accountable to its own members. The Gauteng ANC, don’t forget, was against e-tolls as soon as it became a big public issue. It knew that this was bad news for the province. However, because of matters Mangaung, it was eventually forced to shut up.

And now everyone in Gauteng could well have to pay the price for what could be seen as a failure of democracy in the ANC at the provincial level. If the party is a real “mass-based organisation” then surely the people who live in the actual area that is going to be affected get to have a say? And in this fight you would probably have to look quite hard to find ANC members outside Gauteng who think it’s a good idea. But this is not a policy issue that has really been debated by ANC members themselves.

The other big failure in this fight is the SACP. Really. Hello, hello, anyone seen the SACP lately? A major part of our national infrastructure is about to be privatised. Aren’t the ones wearing red supposed to be like, you know, kind of against that sort of thing? Against money going from poor South Africans to richer Austrians? Against the state getting smaller and private companies taking over parts of government?

But instead the party has been completely castrated by its Number One obsession. Jeremy Cronin, you were the Deputy Minister of Transport and you couldn’t stop this. Hasn’t the time come for you to consider your position within the SACP and within government?

What is a communist party for if it is not to fight capitalism, to stop its march? And why are you in an Alliance if you can’t actually influence any decisions at all? What is the point?

And now, to the other big loser in all of this. Cosatu.

You have to hand it to President Jacob Zuma (or perhaps Pravin Gordhan. But we’ll never know). As soon as he realised that Cosatu was weakened because of its splits, he acted. First the Youth Wage Subsidy (by another name and cunningly classified as a Money Bill so it didn’t have to go through Nedlac) and now this. We have to ask, would this be happening if Zwelinzima Vavi hadn’t been suspended/defenestrated/put on ice?

The answer is: surely not. As anyone with eyes can see, when Vavi was still at Cosatu House, the marches against e-tolls saw thousands of people on the streets. The marches last week were a joke. One of the biggest, in Kwa-Zulu/Natal, saw people pitching up just to shout at Cosatu President S’dumo Dlamini.

Now, to Dlamini himself. He has publicly declared that he, and the rest of Cosatu, are still against e-tolls. The campaign will continue, with or without Vavi. But this is going to be a political test for him. If he is able to mount an effective campaign against e-tolls, one that sees him taking the lead, being almost the public face of the fight, sharing platforms with OUTA’s Wayne Duvenage, and basically leading the charge, then he will be able to claim, with some justification, that Cosatu is still a radical organisation. He would be able to use this as proof that the federation hasn’t lost its marbles (and balls) because Vavi has gone. It would also dispel the claim that he is to Zuma what Blair was to Bush over the invasion of Iraq.

But, if he stays relatively quiet, if it’s just a pat “we’re against e-tolls” soundbyte, with no real action, then the Irwin Jims and Karl Cloetes of the world are going to attack. They’ll claim it’s proof that actually Cosatu is not fighting for the workers, and that another structure is needed to fight for workers’ rights.

And when the time comes in December for the National Union of Metalworkers of SA to decide whether to stay in the Alliance or not, it’s hardly going to strengthen the case to stay in.

Right, then. That’s just some of the losers from this decision [just some, Stephen, there are another twelve million or so people who live in Gauteng – Ed], are there any winners?

Well, yes and no.

Mmusi Maimane, the DA’s Gauteng Premier candidate, has been unbelievably energetic on this issue, and has tried very hard to make it his own. It’s a testament to the DA that they spotted this when they did, and actually put a million rand where their spin is. This gives his claims that he would stop it were he elected some real credibility.

What this will probably do for the DA is to nail down the middle class minority vote in Gauteng pretty damn hard. In other words, people from the minorities who may have been wavering in whether to vote for the DA will certainly see this as a mark in the party’s favour. That doesn’t mean though that the black voters of Soshanguve and Soweto will change their views of the blue brigade.

The e-tolls issue is not really the make-or-break issue of these elections. It’s important, it’s about policy and consultation and governance, but it’s not really the issue that most people will be thinking of when they go into that ballot box. However, as part of the DA’s quest to try to move the political frame away from identity, and towards actual governance issues, this has been the perfect issue to exploit. And Maimane gets full marks for exploiting it in the way that he has.

But the real point about the entire e-tolls issue is the one made by Vavi himself, when he phoned into Talk Radio 702, in the minutes after Peters’ announcement. This, he said, is the first “debacle” of the post-94 government, that has “united all the classes against it…it’s a multi-class fight”. So the real lesson, then, is that people are choosing to look past their identities on this one issue. There will be more to come. And when they do, the ANC may have to act a little more carefully than it has done here. DM

Grootes is a user of Gauteng’s highways. Which means he’s a Loser, capital L. He’s also the host of the Midday Report on Talk Radio 702 and 567 Cape Talk, and the Senior Political Reporter for Eyewitness News. And his new book SA Politics Unspun has plenty to say about class, identity, and our politics.