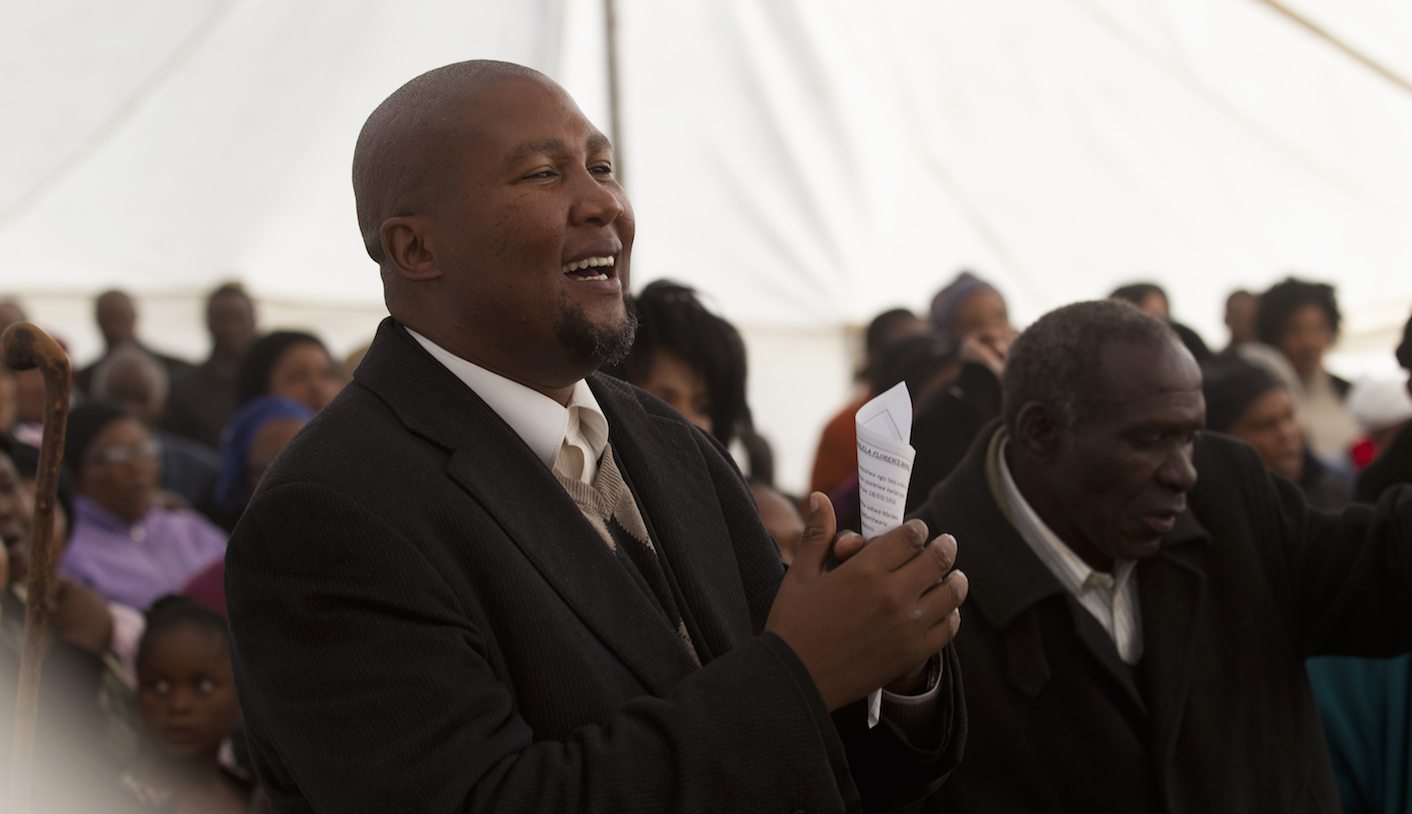 Thandi Maqubela is guilty of the murder of her husband, acting judge Patrick Maqubela, says Judge John Murphy in the Western Cape High Court.  He found her co-accused, Vela Mabena, not guilty as the state had failed to prove his involvement beyond reasonable doubt, Sapa reported. Murphy said Mabena’s acquittal was based on a finding of “not proven” rather than “factual innocence”. Maqubela was also found guilty of forging the will of her husband and committing fraud by causing potential prejudice to his estate. Murphy said Maqubela told at least 30 to 40 lies in court. He said her husband had indicated he wanted to divorce her. “Accused one was in a vengeful and destructive mode,” he said.

The ANC Youth League’s convenor says dishonest former leaders of the organisation “milked the organisation and left it dry”. Mzwandile Masina told reporters those former leaders have now “created other self-enriching schemes in the form of new political parties”. The ANCYL was placed under provisional liquidation by the high court in Johannesburg last week. An events company in Bloemfontein applied for the ANCYL to be sequestrated over a R15 million debt dating back to 2008 when the League elected Julius Malema as its president. The expelled former leader recently launched the Economic Freedom Fighters party. Masina said the ANCYL could owe millions more as it received letters of demand on a weekly basis.

CHABANE REASSURES SA JEWS THEY HAVE ‘NOTHING TO FEAR’

Minister in the presidency Collins Chabane has moved to reassure South Africa’s Jewish population that it has “nothing to fear” after international relations minister Maite Nkoana-Mashabane said government ministers would not visit Israel. This prompted former Israeli foreign minister Avigdor Lieberman to say South Africa was “creating an anti-Israel and anti-Semitic atmosphere” and that a pogrom was imminent. Chabane said government had not imposed a ban on ministers travelling to Israel. He said South Africa recognised the “right of the Palestinian people for self-determination, and the right of Israel to exist alongside the state of Palestine. Their endeavours to find a solution to the conflict, which will be just, should continue”.

Cosatu’s Western Cape provincial secretary Tony Ehrenreich has admitted the labour federation paid R2,000 to transport people to a protest in Cape Town, the Cape Times reported. But Ehrenreich said Cosatu had nothing to do with the violence that ensued, saying it “completely distanced itself from what happened”. Protestors looted traders’ stalls and smashed windows and cars, shutting down the city centre in the process. Ehrenreich said Cosatu often paid Metrorail to transport community members to demonstrations in the city. “It is part of us supporting people if they want to march to Parliament and so on. What they do when they get to their destination is their business,” Ehrenreich told the newspaper. Another march is planned for 29 November.

A R100,000 reward has been offered for information leading to the whereabouts of a trailer filled with R2.5 million worth of alcohol, including 16,800 pricey bottles of Johnnie Walker, Bell’s, White Horse, Red Heart and Smirnoff. Five armed robbers attacked a warehouse in Johannesburg where the truck containing the alcohol was being housed, The Star reported. Staff was subjected to a four-hour ordeal of being tied up with their shoelaces while being asked the whereabouts of of the truck that had recently arrived from Durban.

Nelson Mandela’s grandson Mandla has failed to pay his legal fees of nearly R500,000, leading his lawyers to take him to court to recover their money. City Press reported that Randall Titus & Associates Attorneys also confirmed they no longer represent Mandela in any of the pending matters against him. Titus told the newspaper the company had issued summons to a sheriff to recover the money owed. Court papers showed they were demanding payment of R467 400.42. Mandela is embroiled in a messy divorce, a bigamy charge, a charge of grievous bodily harm and one of grave tampering.

An investigation into an Eskom contract with the Swartberg Intelligence Unit has been concluded, and the power utility is expected to make a public apology to the non-government organisations involved. In February, GroundWork, Earthlife Africa and Greenpeace Africa discovered Eskom had contracted the security company to gather intelligence on the environmental NGOs. As a result, they withdrew from Eskom’s NGO forum until it “disclosed the extent, process and outcome of an independent investigation into Eskom’s contract with intelligence support services company Swartberg”.

The South African Revenue Services has confirmed seven customs officials and two police officers have been arrested for extortion and robbery. Spokesman Adrian Lackay said in a statement the officials’ would obtain information on foreign business people who might be holding large amounts illegally. “The suspects would allegedly extract further information about the targets from the Sars and SA Police Service systems,” Lackay said. They would then conduct unauthorised raids, threatening the foreigners with arrest. Sars acting commissioner Ivan Pillay said over the years the revenue service had “created a special capability to combat corruption which has a proven record”, and welcomed the arrest of the officials. They will appear in court on charges of corruption, extortion, robbery, and defeating the ends of justice. DM