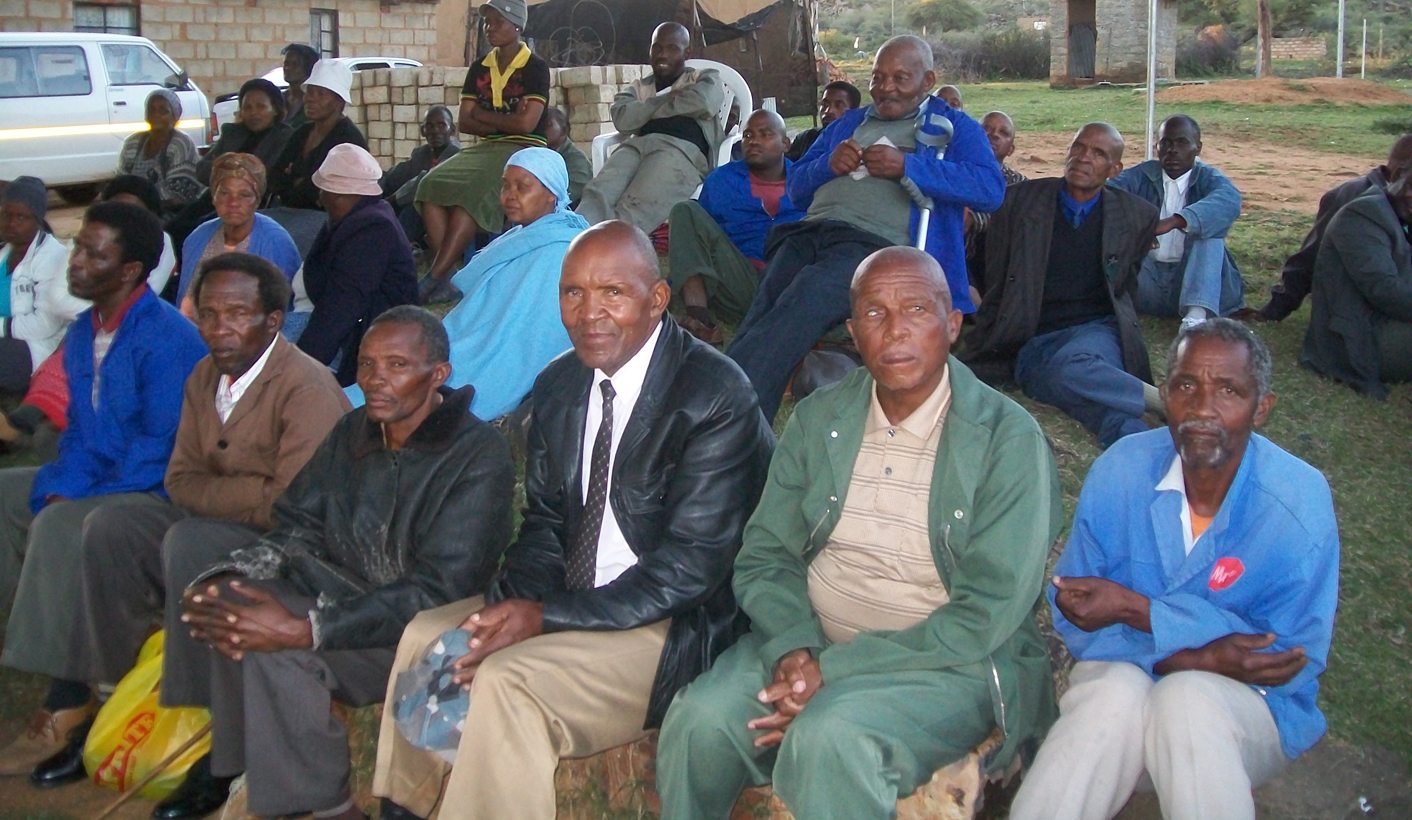 The President’s Fund was established in 2003 under President Thabo Mbeki to compensate Apartheid victims. It has accumulated over a billion rands. Nevertheless, many Apartheid victims who were identified by the Truth and Reconciliation Commission (TRC) to receive compensation from this fund, have still received nothing. Some have died waiting. By Mary-Anne Gontsana for GROUNDUP.

The fund was established in 2003 in terms of the Promotion of National Unity and Reconciliation Act, more commonly known as the TRC Act.

Brian Mphahlele is with the Khulumani Support Group (KSG), a national membership organisation of victims and survivors of Apartheid’s gross human rights violations. He was tortured and beaten at Caledon Square Police Station during the 1970s. Mphahlele says he does not know why the money was not being used for its intended purpose. “That money was supposed to go towards our children’s education and for health purposes. As far as I understand, the TRC stated that if you sustained minor injuries during that time, you were to receive R17,000 per annum for six years and if you sustained major injuries, you qualified for R24,000.”

Eighty-year-old Mr Ntlokombini (he wouldn’t provide his first name) from KTC lives in a cramped house and is also waiting to be paid out. “I worked at a glass factory shop at the time. I was returning from work. [The police] stopped me and told me to sit down on the ground for no apparent reason. I refused because they were telling me to sit on a wet patch when I had done nothing. This is when they beat me. I have a bump on my head from that. I never went to the hospital because back then you mended your wounds yourself.

“Apart from the beatings, we were also harassed. They would come to our houses in the middle of the night and start ransacking and arresting us. It didn’t matter if you had a pass or not.”

He said numerous meetings had been held with victims and that promises had been made but until today, no money has appeared.

KSG national director Marjorie Jobson confirmed that the last audited financial statement showed that there was currently R1.1 billion in the fund. “The South African National Treasury put R800 million into the fund. Archbishop Desmond Tutu put R90,000 into the fund. Mary Burton put money into the fund. Geoff Budlender donated the royalties from a book he published to the fund. The government of the Netherlands made the biggest contribution, around R345 million. The Swiss government put in few million rands. The fund accumulated about R50 million interest each year,” she said.

Jobson explained that if the recommendations of the TRC in its 1998 report on reparations and rehabilitation had been followed, the amount that should have been put in the fund to make reparation payments was R3 billion. In April 2003, Mbeki announced that reparations would be a once-off payment of R30,000 to individuals declared to have been victims by the TRC. The TRC recommended R21,000 per year for six years. Jobson says, “President Thabo Mbeki was not committed to honouring the recommendations of the TRC and he stalled the process from 1998 until 2003.”

Jobson says that about 16,000 of the 21,000 people declared eligible for reparations applied for reparations. But, she explains, many victims of Apartheid crimes have been left out of the process altogether (Jobson estimates about 100,000). Many people “only learned about the TRC after it had already stopped receiving statements from victims,” she says. “The time span for the human rights violations committee was very short. It only operated for two years. This is in contrast with the operations of the amnesty committee that continued with extensions long beyond the lifespan of the TRC.”

On 26 November Khulumani will march to Parliament, calling on the state to make an inclusive and fair reparations policy a priority before the elections next year.

GroundUp tried to get a response from Director-General of the Department of Justice and Constitutional Development, Nonkululeko Sindane, but at the time of publication she had not responded. DM

This article first appeared in GroundUp.