SA cops: too Fast, too Furious 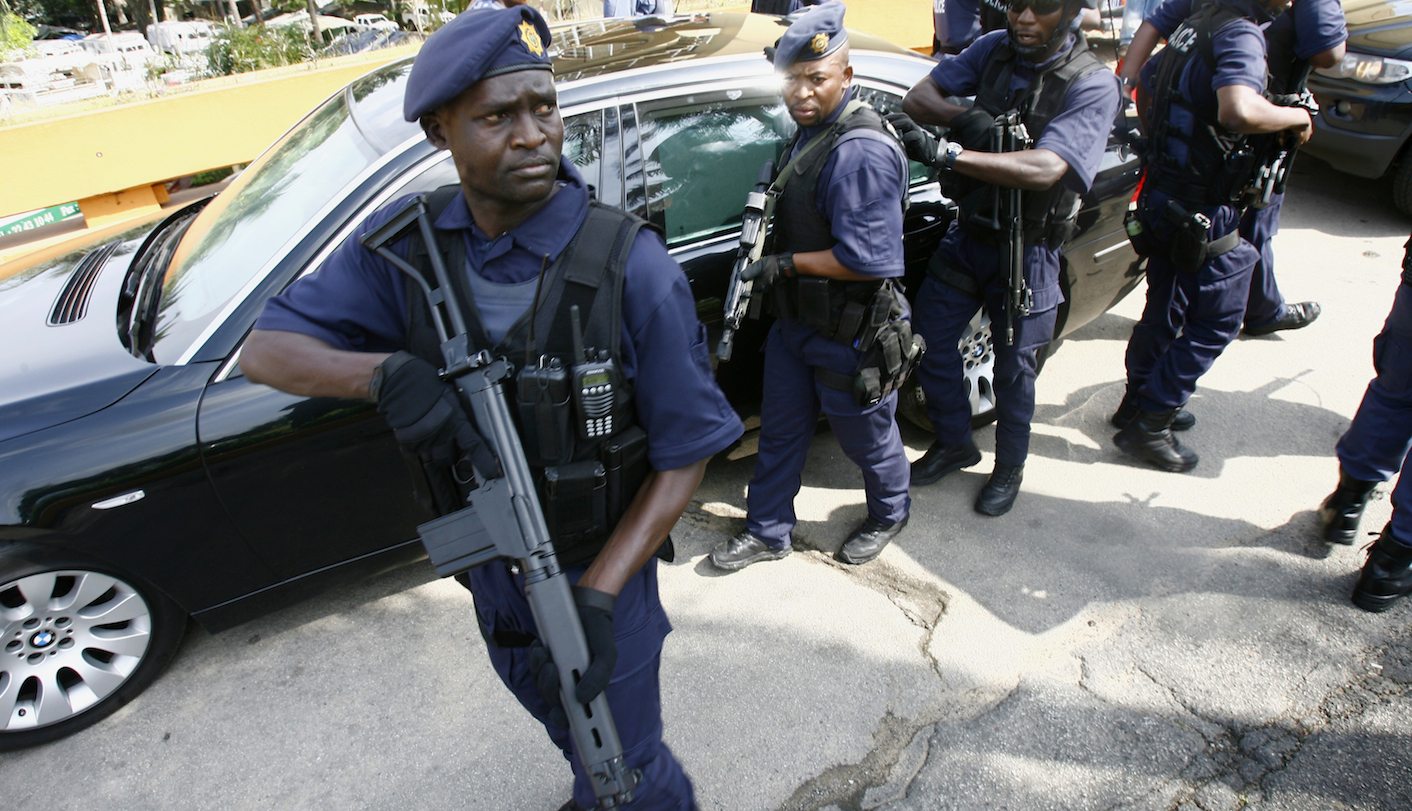 Award-winning South African hip-hop star Khuli Chana was recovering at home yesterday after having been shot by police in an apparent case of mistaken identity during the hunt for a kidnapper. The shooting has prompted renewed concern over the perceived ‘shoot first, ask questions later’ stance of South Africa’s cops. In fact, the official records of the Independent Police Investigative Directorate (IPID) shows that the number of these incidents has been falling over the past few years, but there’s no doubt that there’s an ongoing problem that does little to engender public trust in South Africa’s already compromised police force. By REBECCA DAVIS.

In July this year, 22 year-old Moeketsi Mafube was driving a silver Tazz in Sasolburg at around 2am when patrolling police ordered him to pull over the car, using their siren. It is alleged that Mafube duly stopped his car. However, after police parked behind him and approached his car on foot he drove off. Police called for back-up and a chase reportedly ensued, with six police officers shooting at Mafube. He lost control of his vehicle near Sebokeng and died. When IPID investigators arrived at the scene, they found that Mafube had suffered shots to the head and neck. “The deceased was searched and no firearm was found on him,” IPID’s report notes.

A few months later, in mid-September 2013, Port Shepstone’s Leanne Douglas (45) died on the N2 after police opened fire on her car. It is alleged that Douglas was driving erratically and sped off when police tried to pull her over. The Sunday Tribune reported that she was initially followed by an unmarked police VW Golf for almost 60km before two marked police cars joined the chase.

After police allegedly fired at least five shots at the car, Douglas lost control of the vehicle. It overturned, and Douglas died on the scene. The IPID report on the case notes that the policemen involved then reported the accident without mentioning the shooting. The local station commander allegedly noticed bullet holes in Douglas’s car, however, and asked the policemen involved to account for them – which they were unable to do. It was further rumoured that it had been announced on police radio that the N2 had been fully blockaded just a little further up the road, meaning the policemen should have known that their actions were unnecessary.

Douglas’s mother told the Sunday Tribune that her daughter had phoned her from the road shortly before her death and had said that she was being chased by the police, but refused to stop because she was afraid.

In April 2011, 45 year-old Jeanette Odendaal was shot and killed outside Kempton Park police station by police officer Manape Phineas Kgoale. According to reports, her visit to the police station allegedly coincided with a cry that someone was trying to steal a car. Kgoale’s lawyer claimed that he ran outside and subsequently mistook the crash of Odendaal hitting a stationary police car while trying to park for a gunshot.

Kgoale testified that in the dark he could not see who was in Odendaal’s car, but mistook the cellphone in her hand for a gun. His lawyer reiterated throughout the case that Kgoale would have no motive for intentionally shooting Odendaal. In September this year Kgoale was sentenced to five years imprisonment suspended for five years, with an additional 18 months correctional supervision.

Odendaal’s father told the court that even if Kgoale’s version of events was true, he wished Kgoale had shot out a tyre or a window on his daughter’s car first. During the court case it came to light that Kgoale had been treated for alcohol addiction and mental illness just a month previously. Kgoale had also reportedly been found guilty in 2003 of firearm negligence.

These three cases, together with the shooting of Khuli Chana on Sunday night, all differ from each other in important respects. But the one thing they seem to share is the picture they paint of police officials deploying firearms in a hasty, reckless manner.

“If you decide to fire warning shots you do not aim at the target,” Dr Johan Burger, senior researcher at the Institute for Security Studies (ISS) told the Daily Maverick. “Warning shots are in any case dangerous because, especially in urban settings with tarred or hard surfaces, there is a high chance of ricochets and hitting an unintended target. Warning shots should at best be used if it is possible to fire the shot into soft soil where there is no chance of a ricochet.”

IPID spokesperson, Moses Dlamini, explained to the Daily Maverick, that the directorate does not keep separate records of police shootings which happen as a result of mistaken identity – as appears to have been the case in the Khuli Chana incident.

“In terms of the IPID act, we must investigate, amongst others, complaints of the discharge of police firearms – this incident falls within this category,” Dlamini said. “But we would not know if it’s a case of mistaken identity or not. The key issue for us is whether or not police action is justified. If it’s unjustified, we recommend prosecution.”

“South African police officers are not members of the Defence Force, nor are they stationed in a war zone,” Kohler-Barnard said in a statement on Monday. “Their mandate is to protect members of the public, and to arrest and charge those they believe to be guilty of a criminal offence, and not to shoot enemies with a mandate to kill.” Kohler-Barnard said that it was vital that police be taught “alternative methods to apprehend suspects”.

Over the past few years, charges of police brutality – ranging from the shooting of Andries Tatane, to the murder of Mozambican taxi driver Mido Macia, to Marikana – have made headlines with worrying frequency. But the ISS’s Burger cautions that incidents like the Chana shooting should be viewed slightly differently.

“This particular incident is, in my view, different to the regular reports of police brutality,” Burger said. “It is simply a case of a planned undercover operation that went wrong.”

In the Chana case, police appear to have contravened several aspects of the Criminal Procedure Act. For one thing, Burger says, it appears from reports so far that police were neither “threatened or attacked” by the occupants of Chana’s car, and nor may they have had reasonable grounds to believe that there were “no reasonable means of effecting the arrest, whether at that time or later”. This would also seem to be the case with the other police shootings mentioned above.

Burger says that the Chana shooting raises a number of other troubling questions. For one thing, the police deployed at the scene may have been attached to one of SAPS’ tactical units, which normally has better-trained members. If this is the case, questions must be asked about their training and the experience of the on-scene commander. “It also raises questions about the effectiveness of their pre-operations briefing,” Burger says.

Nobody, surely, disputes that to be a member of the police force in a country with South Africa’s violent crime levels must be stressful, dangerous and difficult. But events like the Chana shooting, and others, do cast doubt on the credibility of Police Minister Nathi Mthethwa’s words introducing the latest IPID report: “We believe that we have made significant strides in ensuring that we have policing that is underpinned by a respect for human rights”. DM