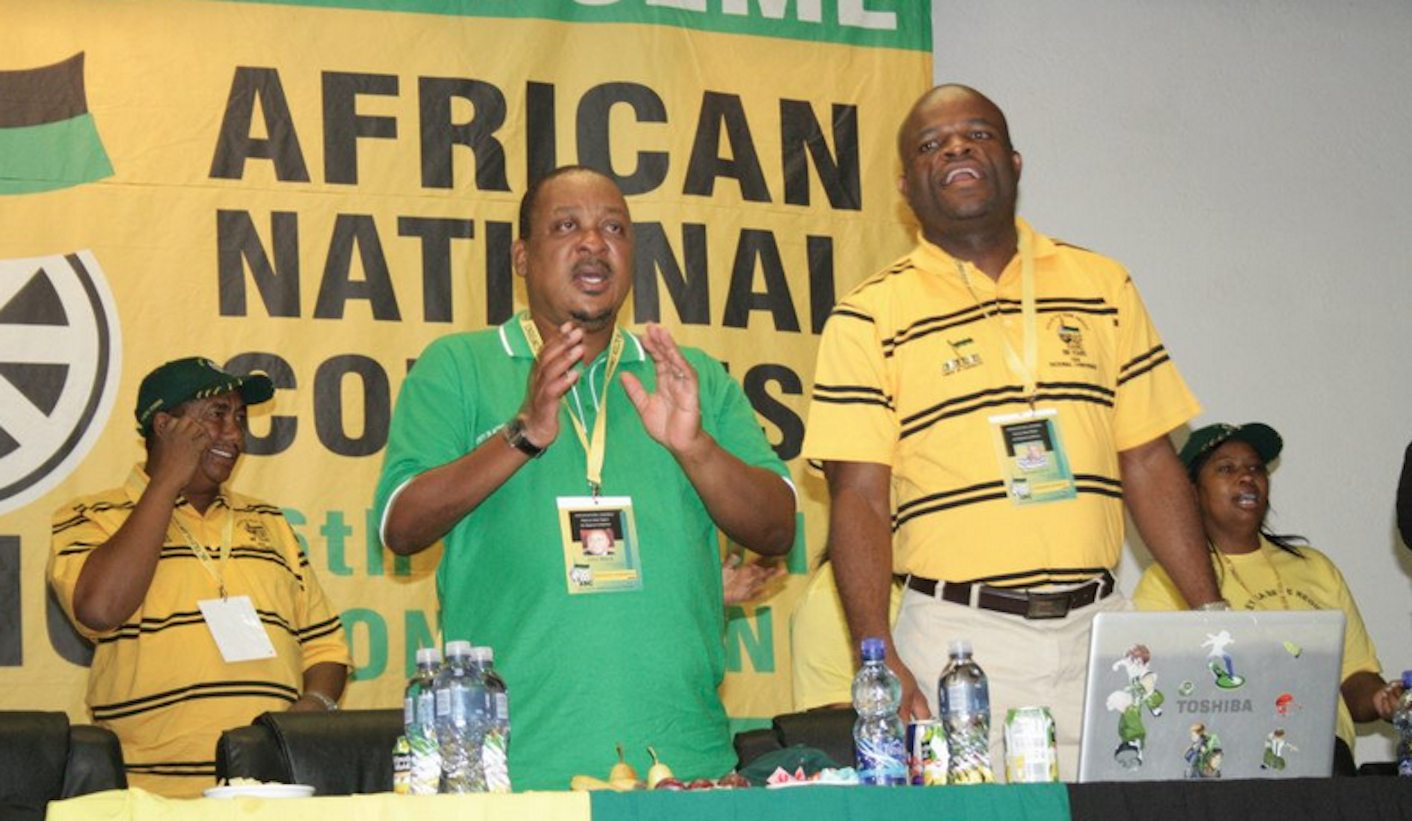 Despite pending criminal charges, Northern Cape ANC Chairperson, John Fikile Block, still boasts an unbelievable degree of support and sympathy amongst the party’s regular members and its national officials, who regard him as a genuine cadre of the ruling party. By DOUGLAS MTHUKWANE.

This was evident during the party’s provincial list conference held in Kimberley on Monday. Block, who faces several fraud and corruption charges, is the lead candidate following the conference to elect members who will serve in the provincial legislature and the executive ahead of what is expected to be a tumultuous 2014 general election.

According to Sindiso Mfenyana, a member of the National List Committee deployed to the province and also a member of the Veterans’ League, the Northern Cape is the first province to hold such a conference in compliance with all stipulations set out by the committee, chaired by Secretary General Gwede Mantashe.

Mfenyana said that the province had minimal complaints and had completed 93% of its mandate by deadline. This put the province ahead of its counterparts. “We are confident of a landslide victory in the forthcoming elections, as this province proved to be focused,” Mfenyana explained.

Asked about Block, Mfenyana suggested that the media “always painted a bleak picture” of the ANC leader as a “crook and a criminal”. But, he added, Block spoke as a “genuine cadre of the ANC”. Mfenyana was referring to Block’s earlier address to delegates during which he bemoaned “lazy and abusive leaders” who sat in offices to “strategise” while volunteers worked in the scorching sun in the field.

Invoking the biblical dictum “love your mother and your father so that your days on earth could be lengthened” Block informed delegates that the ANC was like a mother and a father. He charged that not respecting the ANC was like disrespecting one’s parents, which could spell disaster and a shortened lifetime.

“God is with the ANC; we can’t have leaders who eat Nandos and Kentucky while volunteers eat bread and polony,” he told a boisterous audience while Mcebisi Skwatsha, of the ANC’s National Executive Committee (NEC) actively listened and often nodded his head in an apparent approval. This was widely seen as a veiled swipe at Premier Sylvia Lucas, who reportedly spent more than R50,000 on fast food within weeks of taking office.

It was not long after his address that Block and Skwatsha were spotted eating at a reserved table as the rest of the delegates queued to have samp, pumpkin, dumplings and mutton curry outside. The two giggled and appeared to be inseparable, especially before voting started.

In an unprecedented move, the party’s provincial secretary (a full-time position), Zamani Saul, also appears on the 30-member province-to-province list. Never before has an ANC secretary been on the list of public representatives sent by the ANC. The move is, according to a reliable source, a strategy to ameliorate the potential crisis that will face the party should Block be convicted after the elections.

Saul would then “be roped in to replace Block, who is currently politically indispensable”.

Cabinet members from the Northern Cape including Agriculture Minister Tina Joemat-Pettersson, Transport Minister Dipuo Peters, and Mineral Resources Deputy Minister Godfrey Oliphant – all from Frances Baard Region – made it onto the list.

However, MPs, the vocal Vytjie Mentor and Rasiriti Tau, have been left out in the cold. Cope returnee and Block’s challenger at the chaotic Moshaweng 2008 conference, Neville Mompati, is in the political wilderness since his ANC comeback.

Mompati is widely seen as the only credible candidate capable of challenging Block. He too hails from Frances Baard, a region that produced the province’s first two Premiers and current cabinet members.

The region has historically been dubbed the “powerhouse of politics in the Northern Cape” and seems to have been severely neutralised by Pro-Block regions that club together during conferences to the detriment of the largest region.

A disgruntled councillor, speaking on condition of anonymity, said it did not make sense for Block to be the face of the ANC campaign. “Frances Baard is the largest region and the regional chairperson must top the list and not Block,” she fumed.

He and co-accused, Alvin Botes and Yolanda Botha, who also feature in the top ten of the lists, are due back in court on 28 October.

Saul explained that the trio face unproven allegations in a court of law. “We believe in their innocence,” he concluded. DM