How to make a quick billion bucks: Guptas vs. Sunday Times and M&G 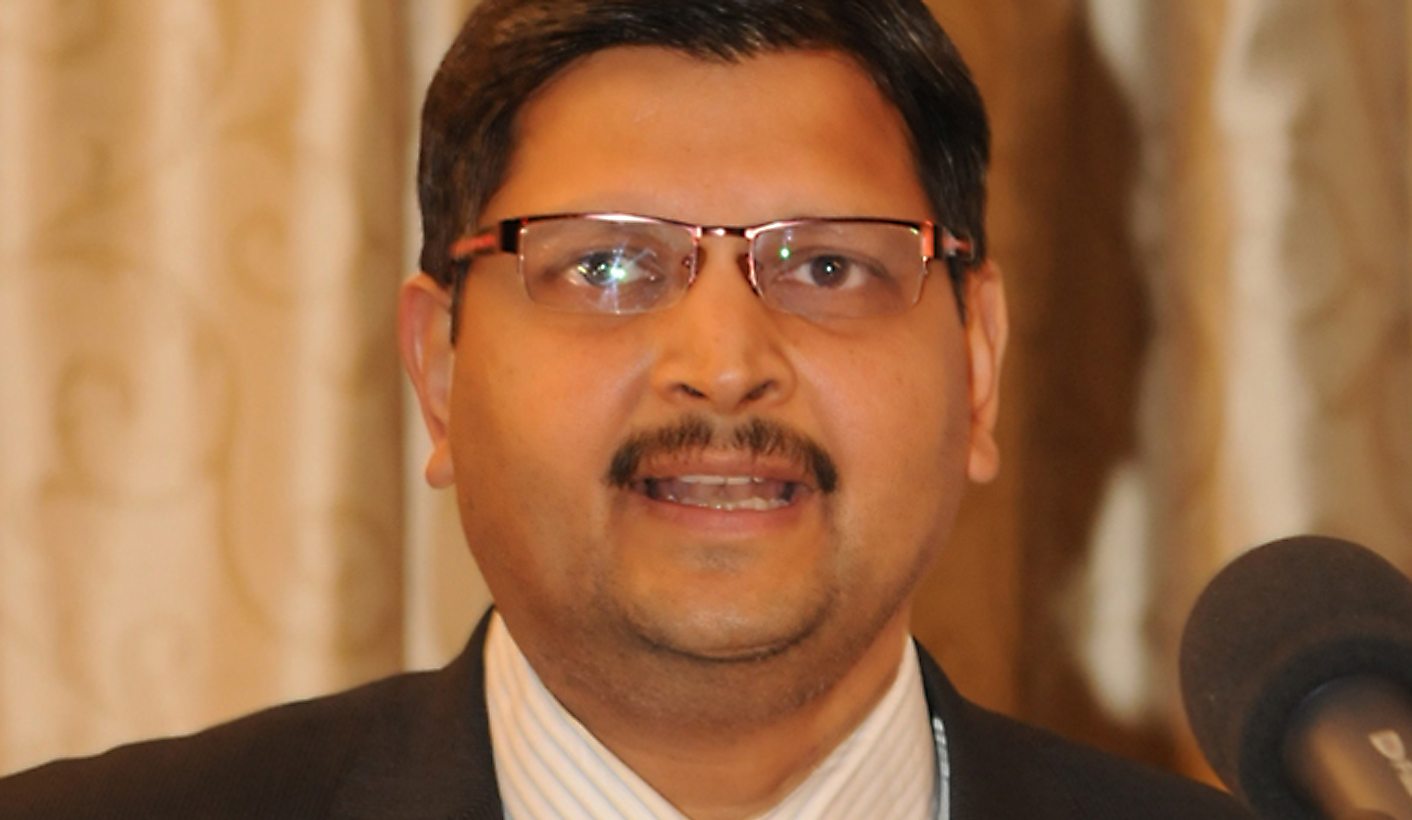 After a brief respite after the launch of ANN7, the Guptas are back into the news. There are the ongoing revelations coming out of the ‘Guptagate’ military tribunal, and then the trifling fact that the Guptas want to sue the Mail & Guardian and Sunday Times for half a billion rand. Each. For defamation. The amount is being called absurd - but its intended effect may be more intimidation than anything else. By REBECCA DAVIS.

The Guptas want R1 billion, cumulatively, from two of South Africa’s top newspapers. As was observed by the Twitterati, it’s hard to resist saying their demand aloud in the voice of Dr Evil, the super-villain from the Austin Powers movies. Naturally, the Guptas have every right to turn to the courts if they believe newspapers are printing lies about them, and all media should be held to account for peddling falsehoods. But while the family may say they are suing to protect their reputation, in the court of popular opinion the scale of their financial demand may serve to sully it even further.

“The Gupta family is suing the Mail & Guardian and Sunday Times for R500 million each. If successful, these funds should keep ANN7 going for a while,” cheekily observed freedom of expression group Right2Know on Facebook on Thursday. No doubt a R1 billion windfall is always welcome, even for the Guptas, who decline to reveal the full extent of their fortune. But the idea that any media entity in the country has a spare half-billion in their change-jar with which to pay off a defamation suit seems nothing short of hilarious. What are the Guptas playing at with such an unrealistic demand?

First, the back story. The Guptas have been the subject of a tsunami of negative media attention over the past year, but two stories in particular have earned their displeasure. The Sunday Times article was published in March this year, headlined “Guptas tried to ‘buy’ SAA boss with R500k”. The story alleged that axed SAA chairman, Vuyisile Kona, was offered R500,000 by Rajesh Gupta shortly after taking up his position, although the story did not specify what the money was intended to achieve.

The claim was denied by the Guptas and the man who allegedly brokered the meeting, Tshepiso Magashule (son of Free State premier Ace Magashule). The Sunday Times wrote that they had “several” sources who had “knowledge of the meeting”. Shortly after publication, a Gupta spokesperson said that the family has issued a demand for a retraction and apology.

The Mail & Guardian story, meanwhile, also appeared in March, headlined “R10bn contract behind the dogfight at national carrier”. The article reiterated the Sunday Times claims about the meeting between the Guptas and Kona, which seems to be the crux of the Guptas’ beef with the M&G. In the court papers lodged by Rajesh Gupta, it is claimed that the M&G story had the intention of suggesting that the Guptas are “dishonest, corrupt and deceitful” by repeating the allegations of the Sunday Times story.

Among other aspects, the complaint says that the M&G story falsely suggests that “the Guptas maintained a secretive and manipulative relationship with senior government officials as to exercise undue influence and pressure on government officials as to gain benefits”, and that “the Guptas are known as a corrupt group of people”. The cumulative effect has been that the Guptas have been “prejudiced in that their good name and reputation suffered damages in an amount of R500 million”. The complaint does not specify how the figure of R500 million was arrived at.

A media lawyer quoted by the M&G said that this damages demand might well be unprecedented, and that South African courts do not usually award damages above around R250 000. “R500 million is a fantasy figure in a defamation case in this country,” Wits journalism head Anton Harber told the Daily Maverick on Thursday. “To put it into perspective, people wrongly accused of murder by the media have only been paid out in the low hundreds of thousands.”

A related case occurred when the Johannesburg high court ordered the Citizen newspaper to pay Ekhurhuleni Metro Police head candidate, Robert McBride, R200,000 for calling McBride a “criminal” and a “murderer” in 2003. This amount was, however, eventually reduced to R50,000 on appeal.

“The Guptas might claim for loss of income as a result of the newspaper stories,” Harber noted,  “but this is not easy to prove, and even then the R500 million figure is somewhat ludicrous.”

The Guptas’ lawyers will be aware that their claim is outlandish, and unlikely to be awarded. So what can they be hoping to achieve? There are a number of possibilities. One, as noted by the M&G, is that sometimes extravagant amounts can be demanded as part of a strategy aiming at an out-of-court settlement, which might be less than the initial claim but more than the amount which a court might order to be paid. Lawyer Lucien Pierce told the M&G that in this case, he believed the chances of this happening were “almost zero”.

An alternative possibility is that the lawsuit is essentially an intimidation tactic. “More likely their aim is to scare off their critics, lock the newspapers into long and expensive court cases, and hope to drain their energies and resources,” Harber said. “This can have a chilling effect, encouraging self-censorship.”

Back in August, when former Sowetan journalist Cecil Motsepe was convicted of criminal defamation, we wrote about the lasting impact some big civil defamation cases have had on South Africa’s media in the past. In particular, during Apartheid, the Vrye Weekblad’s loss of a defamation suit was a contributing factor to the newspaper’s demise.

In that case, a SAPS informant had told Vrye Weekblad that lieutenant-general Lothar Neethling had supplied poisons for political assassinations, but the court would not accept the informant’s version without corroborating evidence – which the newspaper lacked. The Neethling judgment was felt to have an extremely inhibiting effect on press freedom for a number of years thereafter, as the message it sent was that the plaintiff’s reputation would be given maximum protection by the courts. (Vrye Weekblad was eventually driven into bankruptcy in February 1994.)

But if the Guptas are hoping to warn South African editors off sniffing around their business, it seems they might be disappointed. The editors of both the Sunday Times and the M&G seemed uncowed by the litigation when the Daily Maverick approached them for comment on Thursday.

“The amount of damages claimed seems, to put it mildly, outrageous,” M&G editor-in-chief Chris Roper said. “One can’t help wondering whether this is more about intimidation than a desire for justice, but we’ll leave that for a court to decide. We will of course be vigorously defending the case.”

Sunday Times editor Phylicia Oppelt reiterated Roper’s speculation about the real purpose of the high damages claim: “We believe that the ludicrous sum of money claimed is a misguided effort to intimidate us into desisting from reporting on the family’s business dealings,” she said.

But Oppelt went one step further, saying the newspaper actively welcomed the opportunity to pore through the Guptas’ business interests in court. “Not only are we sure of our facts, but we believe a trial will shed some much-needed light on the way the Gupta family does business in South Africa,” Oppelt said. “The family has numerous interests in lucrative industries and is notoriously politically well connected. We look forward to their business practices being scrutinised in court.”

Will the Guptas find that they’ve bitten off more than they can chew, at the prospect of having their business practices laid open wide before a judge? Perhaps the exercise would be the kind of national catharsis the country needs after a year of Gupta-bashing headlines.

In the meantime, let’s see whether the Guptas suddenly disappear from news view. “One has to hope that the newspaper owners stand firm against the threat and the courts do not want to promote such a ‘chill’ on free speech,” Harber summed up. DM