Analysis: Don’t touch me on my statistics – Pali Lehohla pulls the plug on UNECA speaker 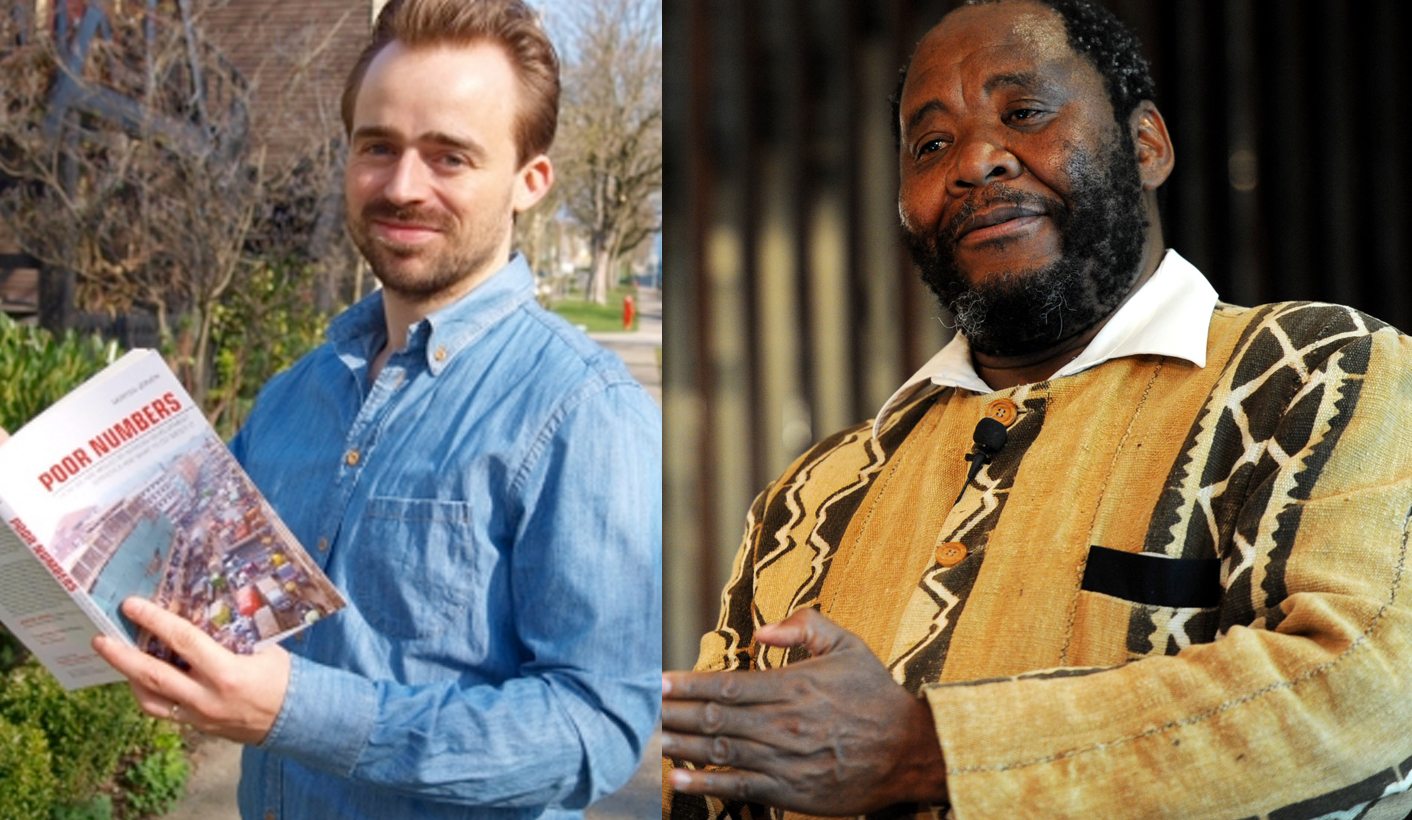 When South Africa’s statistician-general pulled the plug on a keynote speaker at a recent conference, he ignited a vicious debate on the strength of Africa’s statistics, and what should be done to fix them. Oddly enough, this may be exactly what Africa’s long-neglected numbers need. By SIMON ALLISON.

Morten Jerven was on his way to Addis Ababa to deliver a keynote speech on Tuesday at the United Nations Economic Commission for Africa (UNECA), when suddenly he wasn’t. Waiting to board a plane in Vancouver he got a message and then a phone call telling him not to bother. His speech had been cancelled.

Jerven, understandably, was a little aggrieved. He has just written a book – Poor Numbers: How We Are Misled by African Development Statistics and What to Do about It – and he was due to present his findings to the one group of people who could actually use them: the assembled economists, development specialists and statisticians attending what is Africa’s major economic talk shop.

So he started asking questions. Why was his speech cancelled, and who cancelled it? The answer he received was unexpected.

Statistics South Africa is universally considered as the best national statistics office on the continent, and statistician-general, Pali Lehohla, well regarded for his 13-year tenure at its helm. Neither gets much of a mention in Jerven’s book, nor come in for any kind of direct criticism from the professor. Yet, according to Jerven’s contacts in UNECA and the African Development Bank, Lehohla was directly responsible for the cancellation of his speech. Apparently, Lehohla was so angry at Jerven’s appearance on the agenda that he threatened to withdraw the entire South African delegation.

“My first impression was that he could not have read it, and does not know my work,” Jerven told the Daily Maverick. “I could not square his statements with the analysis I put forward in the book. Now, as he has had the chance to make further statements, I think he is wilfully misrepresenting my book and my work.”

In media reports, Lehohla has dismissed Jerven’s book as “poor scholarship” that “has not been researched”. Jerven, unsurprisingly, takes exception to this.

“As is detailed in the book, I have done a general survey which has been supported with in depth interviews at Statistical Offices. In addition I have spoken with central stakeholders, such as central banks as well as donor missions in the countries I have studied. My interviews and surveys come in addition to archival work and consulting the secondary literature.

“My scholarship has stood the scrutiny of peer review … I have also published in the African Statistical Journal, a publication of the African Development Bank, and I have collaborated, and have ongoing collaborations with, statisticians in the region.”

Several statisticians surveyed by Daily Maverick agreed with Jerven: there’s nothing wrong with his research, and his key finding – that African statistics are generally poor, and not really good enough to base policy off – is uncontroversial.

“There’s nothing contentious about Jerven’s argument. Evidence-based policy requires good evidence, and he has written a whole lot of concerns about where that evidence might be deficient and defective,” said Tom Moultrie, associate professor at the University of Cape Town’s Centre for Actuarial Research.

Richard Watts, lead researcher at Government Spending Watch, a research initiative that monitors states’ progress toward the Millennium Development Goals, concurred: “Morten Jerven is of course right – the capacity and resources going into statistical offices in Africa is generally low, and a real issue.”

So what, exactly, is Lehohla’s problem?

The Daily Maverick phoned Lehohla to find out. He’s in New York, attending meetings around the UN General Assembly. Despite waking him from his early morning slumber, he didn’t hold his tongue on an issue that is clearly close to his heart. “Africa cannot be judged on the basis of poor scholarship. Morton Jerven has done a very poor job on this one,” he said.

He had three main critiques of Jerven’s work.

First, that Jerven failed to read and acknowledge the work that has already been done on this subject within Africa. “When he hasn’t even made an attempt to read around, then the work is not complete,” said Lehohla.

Second, that Jerven failed to compare Africa to the rest of the world, making his conclusions about Africa’s relatively poor data invalid. “It’s unscholarly to come to conclusions without running a comparative analysis.”

Third, that Jerven failed to engage with or include criticism from African organisations, as presented at a special meeting earlier this year in Vancouver (a meeting which Jerven organised specifically to engage with key African stakeholders). “We have listened to it, we have critiqued it, and there is no reason to further listen to it until he has done more work, and then there can be a different rejoinder,” concluded Lehohla.

Tellingly, even if this is all true – and, as illustrated above, Jerven has enough academic support to suggest that Lehohla may be exaggerating his case somewhat – Lehohla doesn’t necessarily disagree with Jerven’s findings. He conceded that Africa does have problems with data and statistics collection, and that there is still plenty of work to be done. Jerven’s mistake, it seems, was in the way he prepared and presented his data, which didn’t pay sufficient respect, from Lehohla’s perspective, to what the continent has already achieved.

Lehohla is an old-fashioned pan-Africanist of the Thabo Mbeki school, and Jerven’s alarming, headline-grabbing conclusions pushed his buttons in all the wrong ways. Jerven became yet another White Saviour preaching about African inferiority, and Lehohla wasn’t having any of it. “We shall not be labelled a pitiful sight,” he said. “Jerven says he’s trying to help Africa. That kind of help we detest.”

Lehohla added: “He says it’s been peer reviewed. Of course it’s been peer-reviewed in the US, and not in Africa. That whole issue of writing Africa’s narrative by others who least understand it, it’s tragic.”

There’s more to it than just pride, of course. Lehohla spoke about Jerven “hijacking” Africa’s statistical development agenda, and he’s got a point: implicit in Jerven’s criticism is that the old guard, personified by Lehohla, haven’t been doing it right. And that means that someone else needs to try. “Indirectly, perhaps the book is a threat to Lehohla, because he is afraid that he will lose control of the statistics agenda,” observed Jerven.

Jerven’s conclusions also threaten to undermine all those good news “Africa Rising” stories about the continent’s economic growth, which are based on the data that Jerven has shown to be flawed.

Watts, from Government Spending Watch, notes why this image is so important: “African governments, including South Africa, know Jerven is right, but they don’t want him to publish the book and go around criticising them. They have a huge amount to lose from being shamed, particularly when the economies are pretty much booming and foreign investment is streaming in. So I completely understand the reaction of African governments to this, obviously it is over the top, but it should not be unexpected at all.”

Still, none of this tit-for-tat addresses the main problem, acknowledged by Jerven, Lehohla and every other statistician contacted by the Daily Maverick: statistics in Africa need to improve. It’s worth noting that there are already some major efforts underway to do so, the main one being the Strategy for the Harmonization of Statistics in Africa, a joint effort between UNECA, the African Development Bank and the African Union Commission. This, presumably, was also part of Lehohla’s problem with Jerven’s conclusions: Lehohla is invested in the solutions already being trialled, while Jerven wants to entirely re-think the Millennium Development Goal-centric, donor-driven approach to data collection in Africa.

Either way, there is perverse encouragement in all this in that African data is being debated at all. For the most part, gone are the days when governments didn’t even have statistics offices, or could get away with providing the same figures year after year. “We have seen, in recent years, a strong commitment by African governments and institutions to generate timely, reliable, and harmonised statistical information, but there is certainly still a long way to go before Africa is autonomous when it comes to data,” noted Elizabeth McGrath, Director of the Ibrahim Index of African Governance.

Watts concurs: “The truth is African data and statistics have come a huge way in a short space of time, and are becoming even more accurate. open and transparent…There is a long way to go and resources are low and capacity is a real issue, but African governments deserve praise for the progress they have made in a remarkably short space of time.”

As a rule, more data means better policies, and better accountability, which is why this debate is so important, and why it is raising such strong emotions. Africa needs more of both. Lehohla and Jerven, for all their differences, can’t disagree on that. DM

Disclosure: Simon Allison worked for the Mo Ibrahim Foundation from 2009-2011.