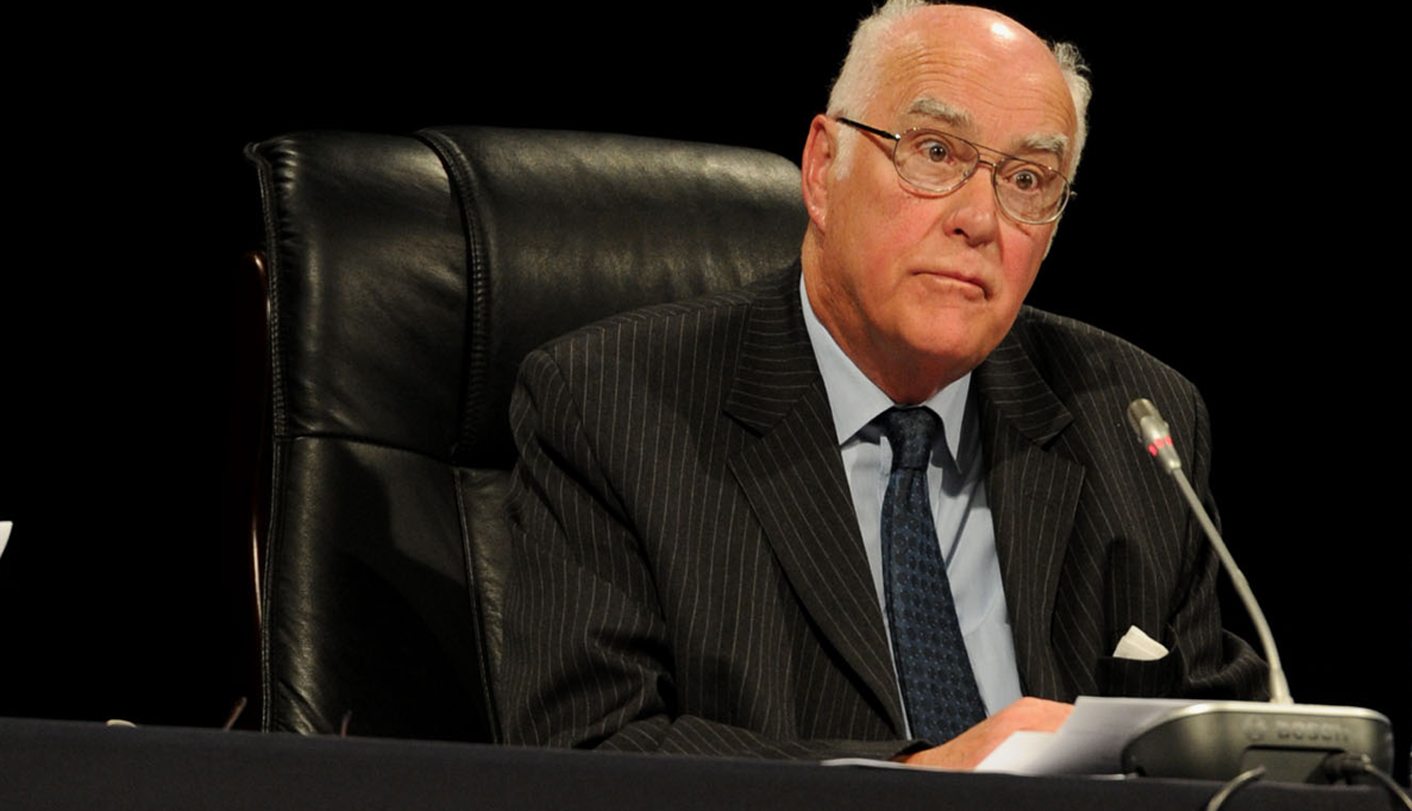 Once again, the Marikana Commission has adjourned, this time until Wednesday. But it’s not because of administrative issues or the issue of the miners’ legal fees. In an explosive statement, the Commission says the South African Police Service (SAPS) has lied, withheld evidence, and presented a false version of what happened on and around 16 August 2012. By GREG NICOLSON.

On Monday, Daily Maverick reported that the wall of deceit the SAPS had put to the Commission was about to fall down. Lieutenant Colonel Duncan Scott was being cross-examined and risked being found to have manipulated and hidden evidence and deceived the inquiry. Scott was in charge of creating a plan to disperse and disarm the striking Marikana mineworkers and was also the first to collate evidence after the shootings which left 34 people dead and many, many more injured. To prove his innocence, he offered his hard drives, the hard drives that contain all of the evidence the police have.

The evidence leaders found a video. The video was filmed after the event on 18 August and showed Brigadier Adriaan Calitz, a commander who was on the ground on the day of the shootings. In a video that questioned the SAPS culture of honesty and could have implicated commanders for giving shoot-to-kill orders, Calitz congratulated his troops on a perfectly executed plan. Crucially, that video was hidden from the Commission and made to look like it never existed.

That wasn’t all the evidence leaders found. Daily Maverick sources said the hard drives contained evidence that would show the SAPS meeting in Potchefstroom, a nine-day event to prepare for the Commission, was in fact a plan to lie and deceive, which included inventing and doctoring evidence.

On Thursday, the Commission adjourned because what was found on those hard drives is so crucial to the future of the inquiry that they must be investigated further. The Commission’s technical team is currently looking at the information, which runs into thousands of pages. It’s important to quote the Commission’s statement in length:

“We do not make this statement lightly. We recognise that it is important that the SAPS should have the opportunity to explain the matters which have raised our concern. However, we have to say that absent a convincing explanation, the material which we have found has serious consequences for the further conduct of the work of this Commission. The result is that we do not wish at this stage to continue the cross-examination of Col Duncan Scott. We anticipate that it will be necessary for him to be recalled at a later stage. However, at this stage in our view it is necessary for the matters which we have identified to be addressed, because of their consequences for the further conduct of the Commission.”

This didn’t come from one of the teams cross-examining Scott, but from the Commission itself. It is an explosive condemnation of what the police have offered so far and questions the veracity of the many SAPS witnesses who have appeared at the Commission, including top cop Riah Phiyega.

As the new data is analysed, it remains unclear exactly just what it means for the Commission. It is certain, however, that the coordinated evidence they have presented has cracked. The deceit was exposed when Scott realised he didn’t want to be left to hang out to dry for his fellow officers. The Commission now stands a much better chance at finding out the truth of Marikana and recommending criminal charges for those responsible. DM