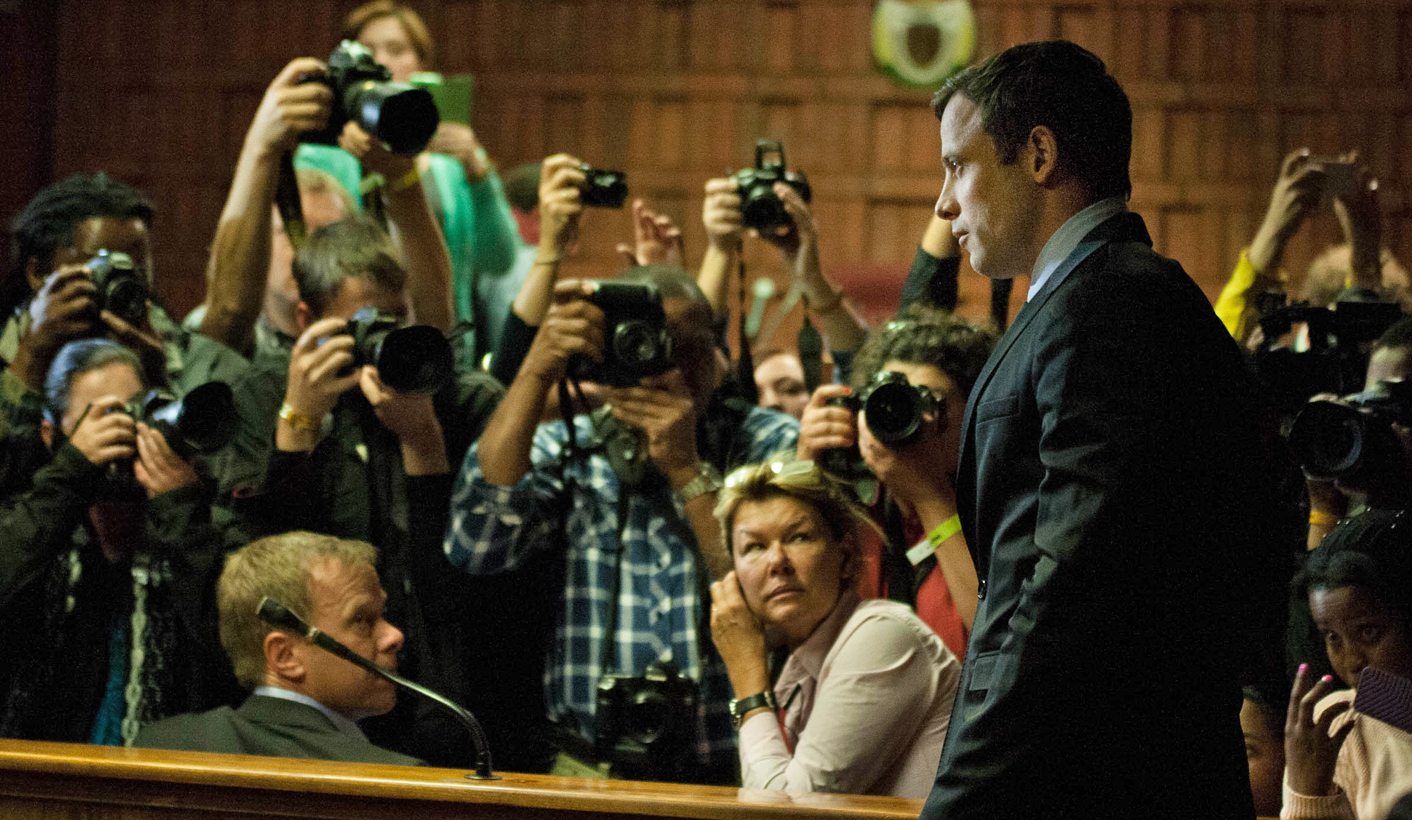 Olympic and Paralympic star Oscar Pistorius, who is accused of murdering his girlfriend Reeva Steenkamp, prayed and wiped away tears at a court hearing that set a 3 March 2014 start date for his trial. The trial was moved to the North Gauteng High Court and is scheduled to run until 23 March. If convicted of murder, he could face up to life in prison. Double-amputee Pistorius, known as Blade Runner, bowed his head and held his hands in prayer with his brother Carl and sister Aimee before the brief hearing in a Pretoria court. Detailed charges were presented in an indictment outlining the prosecution’s case of premeditated murder against Pistorius, who has admitted to shooting Steenkamp through a bathroom door at his Pretoria home on 14 February. Pistorius, who was released on bail in February, claims he was acting in self-defence against what he thought was an intruder.

South Africa’s auto manufacturing industry has come to a near standstill after about 30,000 workers downed tools, adding to the country’s labour woes. The stoppage would cost the industry about R600-million a day in lost production, the National Association of Automobile Manufacturers of South Africa (Naamsa) said. “The strike affects the entire value chain of the industry,” Naamsa director Nico Vermeulen said. Five of the seven companies operating in the South African auto sector, including Toyota, Ford and General Motors, said production had been halted or affected. The strike was called last week by the National Union of Metalworkers of South Africa (Numsa), the country’s largest manufacturing union, which wants pay hikes of 20% for its members, compared with inflation at 5.5%. Companies have offered 6%.

Solidarity says it is considering staging a strike at Lonmin in a bid to have its recognition at the company restored. General secretary Gideon du Plessis said the move follows Lonmin’s signing of a recognition agreement with the Association of Mineworkers and Construction Union (AMCU) last week. Du Plessis said the agreement included a “bizarre” clause that allows a trade union whose recognition has been suspended to regain recognition if its members participate in a disruptive strike. “Solidarity has declared a dispute regarding this issue and referred it to the Commission for Conciliation, Mediation and Arbitration (CCMA),” Du Plessis said in a statement. He said a strike would be a “last resort” due to its “devastating consequences”. “The irony is that AMCU members will lose about R18-million in bonuses if Solidarity and the other trade unions’ members strike for just one day,” he said.

Western Cape Premier Helen Zille has unveiled a plan to fight drug and alcohol addiction in the province that comes with an R87-million price tag, Sapa reported. Zille said the budget had doubled in the four years since the Democratic Alliance came to power. She said the budget included an “increased allocation for public information provision and early intervention services to help prevent the onset of drug and alcohol abuse”, and that R500-million would be invested in an awareness and education programme over the next five years. Zille said the provincial government was discussing with the national health department the feasibility of establishing South Africa’s first outpatient opiate replacement programme as an initiative “aimed at addressing the harms associated with shifting trends toward heroin abuse in the province”.

Chief justice Mogoeng Mogoeng has dismissed a Constitutional Court application by lawyers representing mineworkers involved in last year’s Marikana massacre for the state to fund their legal representation at the Farlam Commission of Inquiry. Democratic Alliance parliamentary leader Lindiwe Mazibuko said the party respects the Constitutional Court decision. But, Mazibuko said, it was “completely unacceptable” that the department of justice could not “accommodate the legal fees of the victims of the Marikana massacre, without being instructed to do so”. Mazibuko said the South African Police Service and Lonmin Platinum Mines were able to afford legal representation but that to deny the mineworkers’ right to legal representation would “taint the credibility of this commission”.

The South African National Roads Agency Limited (Sanral) plans to spend R85-million on advertising to persuade commuters to accept Gauteng’s unpopular e-toll system. It has also budgeted over R23-million to continue the campaign the following financial year. “Sanral’s stubborn determination to continue with these campaigns is a disgrace. The public have made their opposition to the project heard. No amount of spin will change this,” said the DA’s transport spokesman, Ian Ollis. Ollis unearthed the information via a parliamentary question in response to finding out that Sanral’s advertising budget had increased by almost 200%. Ollis said the R85-million will be spent on “both alternative sources of funding campaigns as well as corporate campaigns”.

Suspended Cosatu general secretary Zwelinzima Vavi’s lawyer says all options are being considered to contest his suspension from the labour federation. Dup de Bruyn told Sapa, “No final decision has been taken”. Vavi said his lawyers were writing a letter to intelligence minister Siyabonga Cwele to determine if an intelligence report, that claims Vavi and other prominent South Africans are US agents funded by the NED, was a product of state organs. The report was circulated by Cosatu president Sidumo Dlamini prior to the meeting that saw Vavi suspended for having an affair with a junior staff member. Vavi’s lawyers intend to request an investigation into whether state institutions have been abused “to divide workers’ organisations and smear individuals”.

FAWU NOT IMPRESSED WITH MANTASHE, DLAMINI OVER VAVI CASE

The Food and Allied Workers Union (Fawu) is unimpressed with comments made by ANC secretary general Gwede Mantashe on the crisis facing Cosatu, as well as those made by its president, Sidumo Dlamini. Fawu said Mantashe’s comments were “reckless and destructive” and that he had chosen to condemn suspended Cosatu general secretary Zwelinzima Vavi without knowing all the facts. Fawu also lashed out at Dlamini, saying the central executive committee meeting at which Vavi was suspended was unconstitutional. Fawu said it disagreed with comments by Dlamini that Vavi had brought the organisation into disrepute. Fawu wants to call a special congress in which Dlamini would not be re-elected as president of the labour federation. DM