Marikana: The lives of others 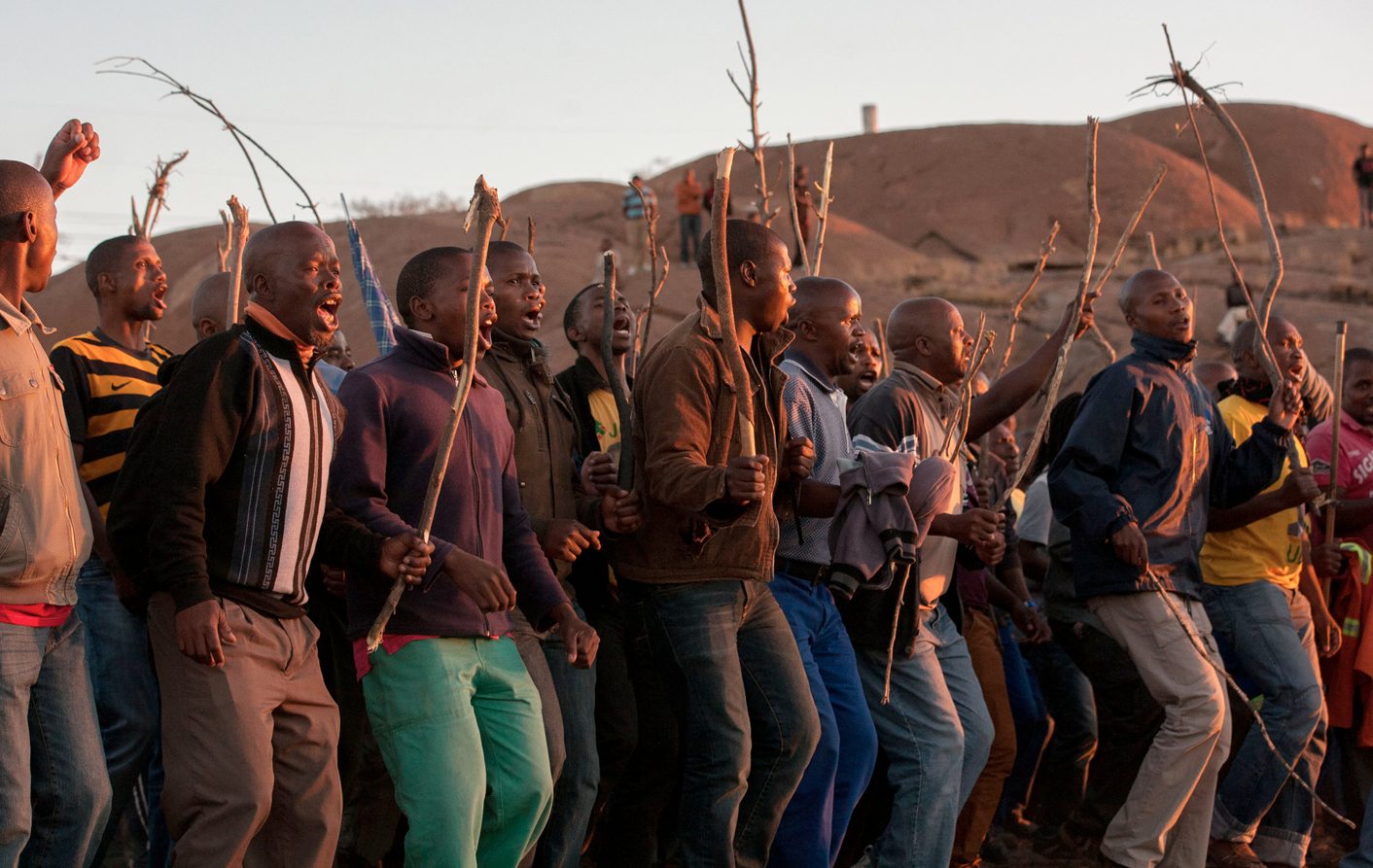 One year since the tragic death of 34 people in the dust and dirt of Marikana, GREG NICOLSON, KHADIJA PATEL and THAPELO LEKGOWA returned to the town to find out what’s changed, if anything.

Shadrack Mashamba, a miner at Lonmin’s platinum mine in Marikana, believes the salary increase won by workers here in Marikana during last year’s deadly strike has brought some reward. Whether it was worth the ultimate cost is another story – but, he says, at least there has been some improvement in his life.

“I have seen a change in life after the strike of 2012 here at Lonmin,” Mashamba says. “Because of the increase that I got I managed to move from the shack I stayed into a better place. I used to stay in shack with no window. If it were to rain my home items will all be wet from the rain.”

“For the first time since I [started to] work, I managed to buy a TV, fridge, DVD, a bed which I know will not be wet, and all this could not happen if I was not to get an increase. I am in a process to settle my debt also,” Mashamba tells us.

He is well aware, however, that his experience is not shared by many of his colleagues, although he also blames the debt trap many of them are in after years of abysmal pay and high living costs.

“My fellow workers might not see the difference as I do, but it might be because of the fact that they are in debt, so any amount going into their pay doesn’t make a difference,” he says.

Mashamba’s positivity belies the reality of life in the Wonderkop and Nkaneng informal settlements, however.

One year on, there does not seem to be much change here. The winding roads dividing avenues of shacks are still not tarred. Only a small number of shacks receive electricity and water is supplied in a trickle to a very small number of homes.

“I am happier now, but I would still like to get more,” Mashamba admits.

Other Marikana residents, wearing their overalls over t-shirts that read “Remembering the slain of Marikana”, vehemently deny any good has come of the strike.

If there was anything markedly different in Marikana this week in comparison to one year ago, it was in the attitude of mine workers to the bevy of journalists who have once more descended on Marikana. While still reluctant to delve into union politics, or any politics for that matter, mine workers were more ready to speak about their lives.

And yet it’s not just Lonmin workers who believe last year’s strike has reaped no rewards for the community. Members of the community who all in some way depend on the mine for their livelihood wave away suggestions that the last twelve months have seen improvements to Marikana.

“Nothing has changed,” says Nomzekhelo Sonti from the Marikana Women’s Group, in between mouthfuls of scrambled egg. She has welcomed us inside her tiny home in the Wonderkop settlement, where she offers us a drink of water.

She dips a glass into a closed bucket, fills it with water and sets it on the table in front of us.

“The toilets, the water, the electricity, everything is still the same. Maybe it is even worse,” she says.

Five hundred metres from Sonti’s humble brick and mortar home in the sprawling shack community, the local ANC office has closed shop. Sonti was intimately involved in the Wonderkop branch of the ANC, but now the branch stays closed.

And while Wonderkop bustled with activity as the Marikana Support Group, through the generosity of Lonmin, set up a stage and even portable toilets (ironic when the community adjoining the field hosting the ceremony does not enjoy the same amenities), the absence of the ruling party from the proceedings is already felt.

The ANC nonetheless believes the ceremony on Friday became politicised.

“The ANC finds it immoral and totally unacceptable that such a traumatic incident could be turned into a political playground by some political parties who seek to enhance their political ambitions and interests,” the party said in a statement on Thursday evening.

Earlier, the National Union of Mineworkers also released a statement stating unequivocally that it would not participate in the ceremony on Friday.

“The organisation of these commemorations has since been hijacked by the so-called Marikana Support Group and the programme filled with only opposition political parties,” NUM spokesperson Lesiba Seshoka said in a statement.

It is, however, not only the ruling tripartite alliance that has been wrong-footed here in Marikana.

On Thursday, Business Day reported that 34 makeshift white crosses that were hammered into the ground at the bottom of the koppie were this week removed by local activists, who say that the Democratic Alliance had put them up without any consultation.

There is political contestation over how best to commemorate the tragic events of 16 August 2012 in Marikana. And while rival parties and unions jostle for the good favour of the community, it is once more the people of Marikana that have become pawns in someone else’s game of chess.

“Nothing has changed since we went on strike,” Xolani Nzuza says. “It even looks like things are getting worse [than] before we went to strike.”

Nzuza stood in front of the hill, or “mountain”, that was the rallying point of the strike last year. He spent the day speaking to journalists, other mine workers and organisers of Friday’s ceremony, as well as the EFF’s Floyd Shivambu and Kenny Kunene.

“If the employer could just meet our demands which we made last year – which is just [to] give us the money we demanded, make sure they take care of the dead or at least employ some of their relatives that are not working at this point – we would somehow be pleased if they could meet those demands.”

And while evocations of Marikana have become a misnomer for politicking, it is the motivation of last year’s strike, the reason those 34 men stood in the line of police fire last year, that may actually be forgotten.

“The aim of last year’s strike was for us to get money from the mines, money that’s according to the conditions that we work in under the mine.

“You know, down there you breathe air that’s not yours,” he said. DM

Photo: On the eve of the commemoration of the Marikana Massacre, mineworkers march past the koppie where police opened fire on strikers. (Greg Nicolson)