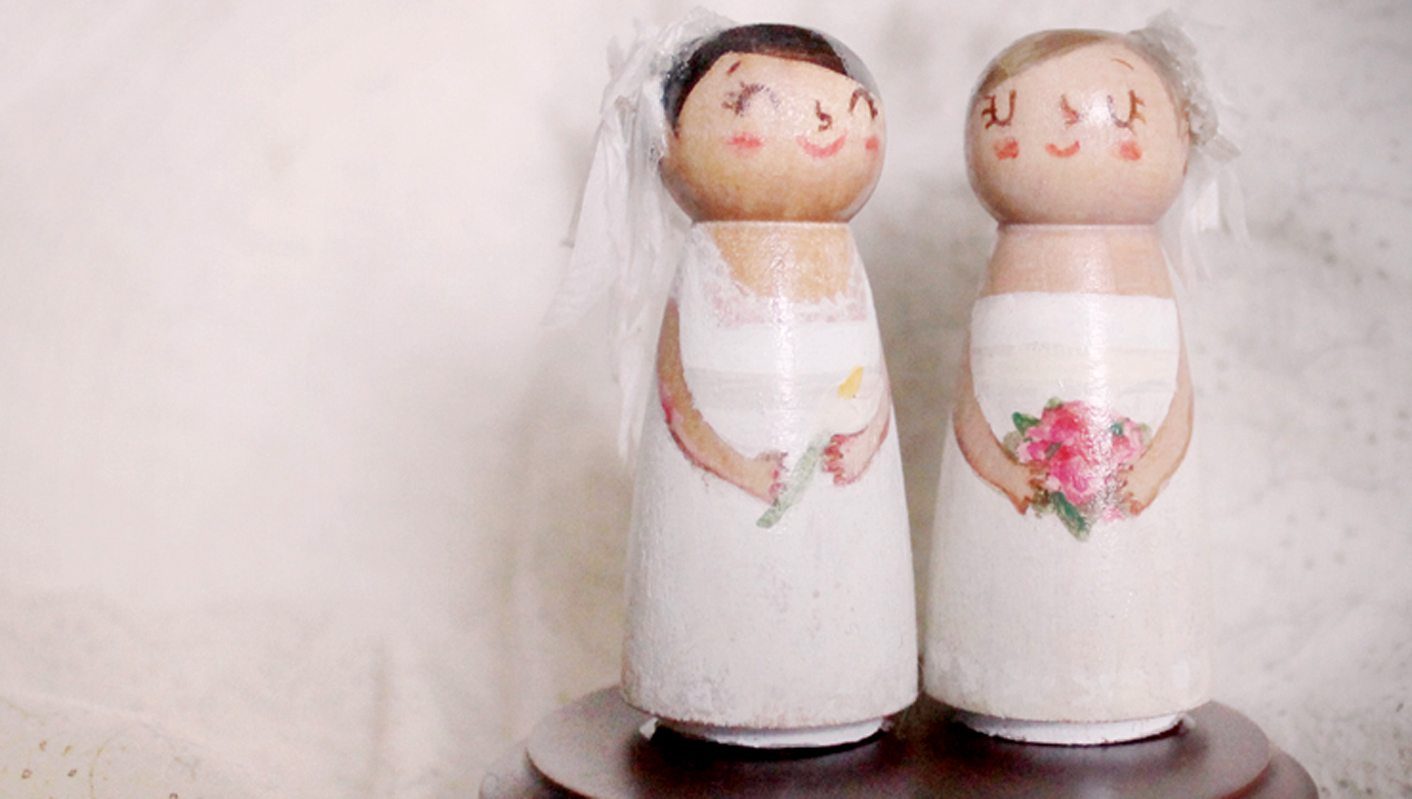 The Constitutional Court handed down its ruling on Thursday in an interesting case: considering the question of whether the first wife in a Tsonga customary marriage should have to consent to her husband’s subsequent marriages in order for them to be valid. It’s not the first time a customary law issue has been brought before this court to determine its adherence to the precepts of the Bill of Rights. Often, however, the problem is determining what exactly customary law dictates. By REBECCA DAVIS.

The case in which the Constitutional Court handed down judgment on Thursday, Modjadji Florah Mayelane v Mphephu Maria Ngwenyama and Another, centred on the issue of validity of a man’s polygynous marriages if his first wife is not aware that these have taken place, or has not accepted these. (“Polygyny”, rather than “polygamy”, refers to the situation when a man is married to more than one wife at a time.)

The applicant in the case married her late husband under Tsonga customary law in 1984. It was only after his death that she was informed that her husband had carried out a later customary marriage, with the woman who became the first respondent in the case. The applicant argued that the second woman’s marriage was invalid because she, the first wife, had not consented to it: a notion upheld by the North Gauteng High Court. However, on appeal the Supreme Court of Appeal ruled that both women had carried out valid customary marriages with the deceased man.

The applicant then took the matter to the Constitutional Court, asking the court to rule the second marriage invalid. The respondent counter-argued that the Constitutional Court should uphold the finding of the Supreme Court of Appeal, because there wasn’t sufficient evidence to determine whether consent to subsequent marriages is required by Tsonga customary law.

The Women’s Legal Centre (WLC), the Rural Women’s Movement and the Commission for Gender Equality joined the case as friends of the court. WLC director Jennifer Williams explained to the Daily Maverick that the WLC argued that the High Court had been incorrect. “Our concern was that the case that [the second wife’s] marriage was invalid would negatively affect women,” Williams said. This is because only the man can apply for the contract which deals with the property-related consequences of a second marriage, and he may not do so in order to ring-fence one wife’s particular rights to access property.

“Obviously there exists a lot of sympathy for first wives because often they are the longer relationship, have brought up the kids, and sometimes subsequent wives are a lot younger,” concedes Williams. But she notes that this will not always be the case. “Wives should be equally protected,” she said. “We don’t want to penalise or prejudice any of the wives.”

Williams says the Women’s Legal Centre gets a fair number of queries dealing with situations like that which appeared before the Constitutional Court. “In many cases it comes out after a man dies and there are competing claims for the estate,” she said.

The challenge the Constitutional Court faces in these matters is twofold: to ensure that the customary law is aligned with the Bill of Rights, and to determine what exactly customary law says about a given issue.

Professor Chuma Himonga, the current holder of the NRF Chair in Customary Law at UCT, points out that the first of these challenges is not unique to customary law.

“The courts face similar challenges in respect of other components of the South African legal system, including the common law and legislation,” she told the Daily Maverick. “The challenge to the courts that is unique to customary law, however, is that of how to ascertain living customary law.” This can be tricky because customary law’s sources are oral in nature, rather than written pieces of legislation.

“This problem is compounded by the dearth of research on customary law, which also goes back to the colonial and Apartheid eras,” Himonga says.

Williams agrees. “Customary law is an oral system developed according to what was happening in society,” she says. “During colonialism it was codified by white men, as told to them by black men, so it took on a patriarchal lens there too.”

Another issue is that Tsonga customary laws will not be the same as those of other groups, though they may be very similar in some respects. Because of this, Himonga says, “a judgment on the customary law of one group should generally not be applied to the customary laws of other groups in the country, in the same way that one would apply the decision of a court in one case to another case in common law.” Himonga says that a failure to appreciate this “was one of the major ways customary law was distorted under colonialism in South Africa and other African countries”. In other words, the notion of legal precedents cannot apply in the same way that it does in common law.

The majority judgment of the Constitutional Court on Thursday found in favour of the first wife. The judgment held that at the time when the first marriage took place, Tsonga customary law would have required the first wife to be informed of her husband’s subsequent customary marriages. Because she hadn’t been informed, the second marriage was thus found to be invalid.

The majority judgment also held that Tsonga customary law has to be developed to include a clearer requirement that the first wife’s consent to subsequent marriages is necessary for them to be valid. “The import of the judgment,” explained a media statement from the Constitutional Court, “is that, from now on, further Tsonga customary marriages must comply with the consent requirement in order to be valid.” This requirement will, however, only apply to Tsonga marriages concluded after May 30.

As previously noted, this can only explicitly apply to Tsonga marriage law. But Monica de Souza, researcher at the Centre for Law and Society at UCT, pointed out to the Daily Maverick that there is a wider implication. “The Court based its decision on developing customary law in line with the equality and dignity rights of wives in customary marriages. All customary law is subject to these rights, including other customary marriage systems.”

Dr Julian Brown, lecturer in the Department of Political Studies at Wits, told the Daily Maverick that he thinks there is further significance to the Constitutional Court’s ruling in this regard.

“This is the clearest articulation of the court’s likely approach to approaching customary law matters,” Brown said. “Living customary law is better defined; a process of adjudication is spelled out; and an actual development of a customary law system has been ordered – all of which is significant.”

The Constitutional Court has directed that judgment must be published, a summary drafted, and it must be circulated to Houses of Traditional Leaders and the minister of Home Affairs. “We are pleased about this, but it’s a huge job to make sure it’s sufficiently widely publicised,” says Williams. “We really need to get the message out there to educate both women and men so that marriages are entered into with full consent.” She also notes that what constitutes “consent” itself is a highly complicated issue.

Williams says it’s essential to work at building acceptance of the idea that customary law can and should be developed. “Rulings like these need to be clearly communicated, and we also need to address societal attitudes to make sure that behaviour catches up with the law.”

An intriguing question to consider, which the case tangentially raises, is whether the constitutionality of the practice of polygyny itself could be challenged at the Constitutional Court.

“I suppose polygyny could be challenged. There are some undesirable features about it,” says Himonga. “But I also think the Court would have quite difficult questions to deal with before invalidating the practice, such as, for example, issues of choice by consenting adult women, enforceability and whether certain social and cultural issues are not best left to non-legal solutions.” DM