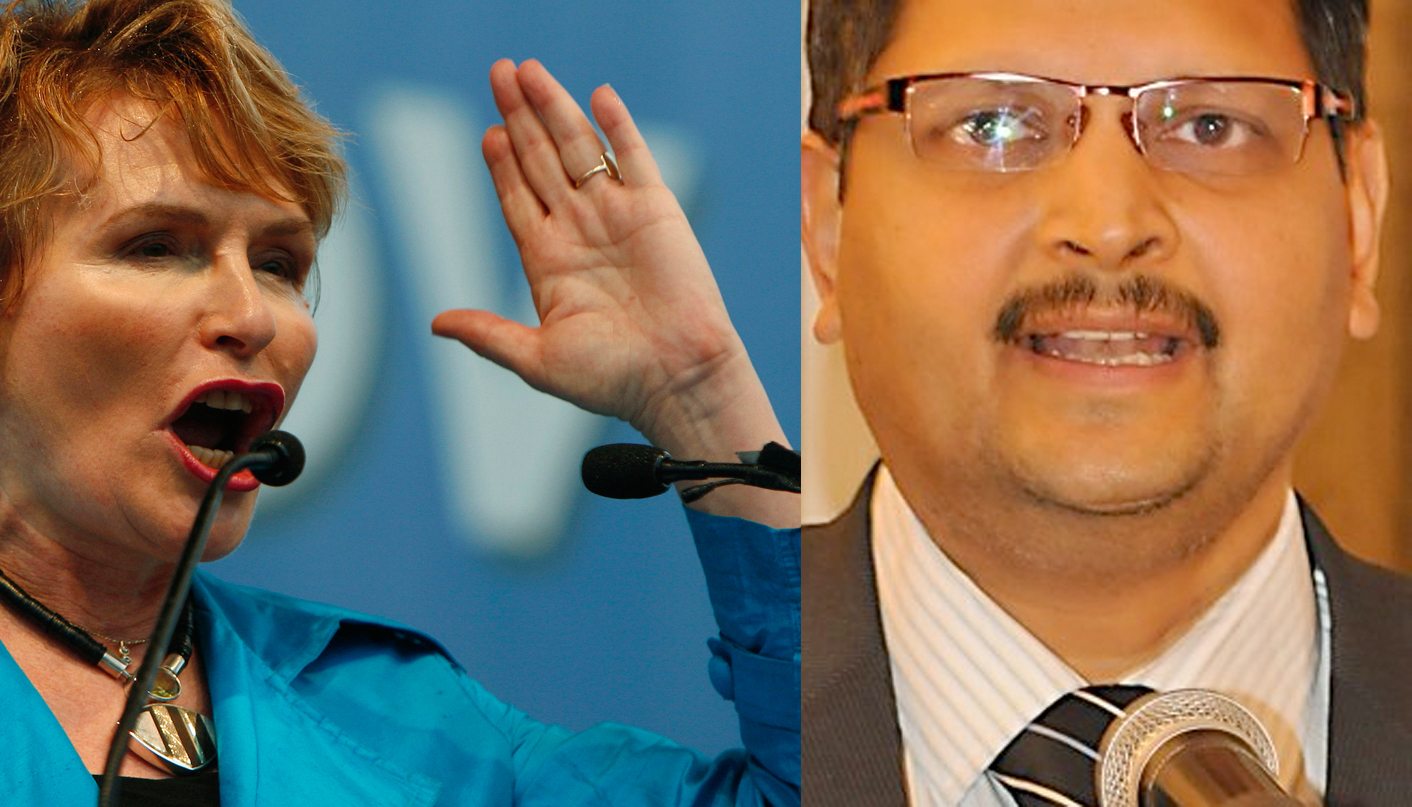 The newspaper built by the Guptas took a blow from the Press Ombudsman when the body that governs the newspaper industry ordered The New Age to make a front page apology to the DA’s Helen Zille. The Press Council found that the newspaper was unethical in its reporting on Zille’s withdrawal from The New Age’s business briefings (and the subsequent furore) earlier this year. By MANDY DE WAAL.

If you’re a reader of The New Age – especially if you’re not a member of the government – look out for the front-page apology by the Gupta-owned newspaper to Helen Zille, leader of the DA. The pro-government Gupta press was ordered by the Press Ombudsman to issue a front page apology to the leader of the opposition after printing a series of stories about Zille’s decision to withdraw from a business briefing organised by the paper.

The New Age breakfast briefings provided fodder for controversial media coverage, particularly after City Press revealed on January 20 2013 that Transnet and Eskom were sponsoring the events to the tune of millions. These breakfasts take the form of government minister interviews which are then broadcast via the SABC. Speakers at the regular breakfasts have included President Jacob Zuma; Public Enterprises Minister Malusi Gigaba; Higher Education Minister Blade Nzimande; and embattled Communications Minister Dina Pule.

After City Press revealed that Transnet paid the Gupta-owned media business R17.5 million for 18 breakfast sessions; that Eskom handed over R7.2 million to sponsor six of these pro-government briefing sessions; and that the SABC broadcast the briefings gratis; the cat was amongst the pigeons.

Zille was scheduled to address a breakfast briefing, but after hearing about this pro-government, Gupta-aligned media enrichment scheme, quickly changed her mind. Zille wrote to The New Age to express her reservations and issued a statement that, in part, read: “I, and other senior DA colleagues, have previously spoken at the New Age Business Breakfasts, under the assumption that the events were funded by the newspaper and by the members of the public who purchase tickets to attend. Now that it has come to light that the breakfasts are funded by public money via the SOEs to the tune of millions of rand, the DA cannot continue to participate.”

The leader of the opposition added: “These Breakfasts must be very profitable for the New Age, which is owned by the Gupta family, who are in turn vocal supporters and funders of the ANC and President Jacob Zuma. It is not acceptable or defensible for public money to be used to bankroll a privately owned newspaper, and indirectly the coffers of the ANC.”

In the media furore that followed, the ANC’s Jackson Mthembu declared that the DA had spoken at New Age events before, that Zille participated in a briefing that was sponsored by Telkom, and knew about this sponsorship. The New Age feasted on the controversy with a series of stories headlined: Zille’s nose grows longer and longer…; ‘Hypocrite’ Zille lambasted by Cosatu, SACP; and Zille caught out once again. The CEO of TNA Media, Nazeem Howa, followed this hat trick with a vituperative column lambasting both Zille and City Press.

The DA made a complaint to the Press Ombudsman, the independent co-regulatory mechanism set up by the print media to settle disputes. The council is the custodian of the SA Press Code, which guides journalists and newspapers on the ethics of news gathering.

The complaints related to the three stories linked to above, being:

In its submission to the ombudsman, the DA protested that The New Age had published falsehoods about Zille, implying she had lied; that the reporting was misleading; and that Zille had been denied opportunity to comment on the story. The third story related to funding Zille received from the Gupta family, and the complaint stated that the article didn’t correctly sequence events and suggested that Zille was guilty of lying and hypocrisy.

In its ruling the ombudsman rejected some of the complaint’s content, but found that: “TNA should have asked Zille or her office for comment.” In his findings Johan Retief for the Press Council found that the headline: ‘Hypocrite’ Zille lambasted by Cosatu, SACP (TNA of January 25 2013) was in breach of Art. 11.1 of the Press Code. Here the code states: “Headlines… shall give a reasonable reflection to the contents of the report.”

The ombudsman also ruled that The New Age was in contravention of Art. 1.5 of the Press Code which in part states that a “publication should usually seek the view of the subject of serious critical reportage in advance of publication”.

Retief ordered that The New Age is to apologise to the DA for not asking Zille for her comment on “several important issues”, for “putting her and her party at an unfair disadvantage” and for “unjustifiable headlines”. The New Age was directed to print a front-page apology to Zille and the DA, and to publish commentary from Zille or the DA on the matter.

DA national spokesperson, Mmusi Maimane, told Daily Maverick that the party was happy with the ruling. “The New Age didn’t follow proper journalistic protocols in terms of asking us for comment or writing fair headlines,” Maimane said. “We are especially pleased by the fact that the New Age will be forced to apologise on its front page. Since the stories in question were all published on its front page, it is good to have the apology on the front page as well”.

Maimane said that this matter was a vital test for media self-regulation because the publication was running a series of biased and politically-motivated stories, which he said was not right. “We are happy that the self-regulations mechanisms put in place can deal with this and set the record straight. Furthermore, it’s good to simply put the truth out there. It is important to remember that this reporting occurred during the debate around the funding of the New Age business breakfast. Obviously, the New Age had an agenda to attack Helen Zille and the DA during that time. We are glad that the ombudsman’s rulings will now force them to publish an apology for it.”

The DA reiterated that the party was on record about the amount of money government spends on advertising in the New Age. [For an in-depth view of how government supports The New Age financially, read Daily Maverick’s The New Age: A growing media empire, built with your money.]

Said Maimane: “We do not believe that the New Age’s low readership justifies such massive expenditure by government on advertising in the paper. This fact, combined with the money being spent on New Age business breakfasts raises questions about government’s relationship with the New Age.”

Nazeem Howa of The New Age was afforded right of reply to the Press Council’s findings on the newspaper in terms of its reporting on Zille and the DA, but did not avail himself of the opportunity to comment before Daily Maverick’s deadline.

William Bird of Media Monitoring Africa welcomed the ruling and said that it showed that SA’s system of press self-regulation was working effectively. “The newspaper didn’t afford the DA an opportunity to comment, and they violated the press code from an ethical perspective,” said Bird. “It highlights the problems of reporting on issues that a newspaper is too close to. If you are involved in an issue it potentially is going to damage your ability to be as fair and as accurate as possible.”

For the many readers for whom The New Age is not a daily staple, it might be worthwhile to pick up the up-coming ‘humble pie’ issue which shows that justice is being served to media who transgress SA’s press code. DM