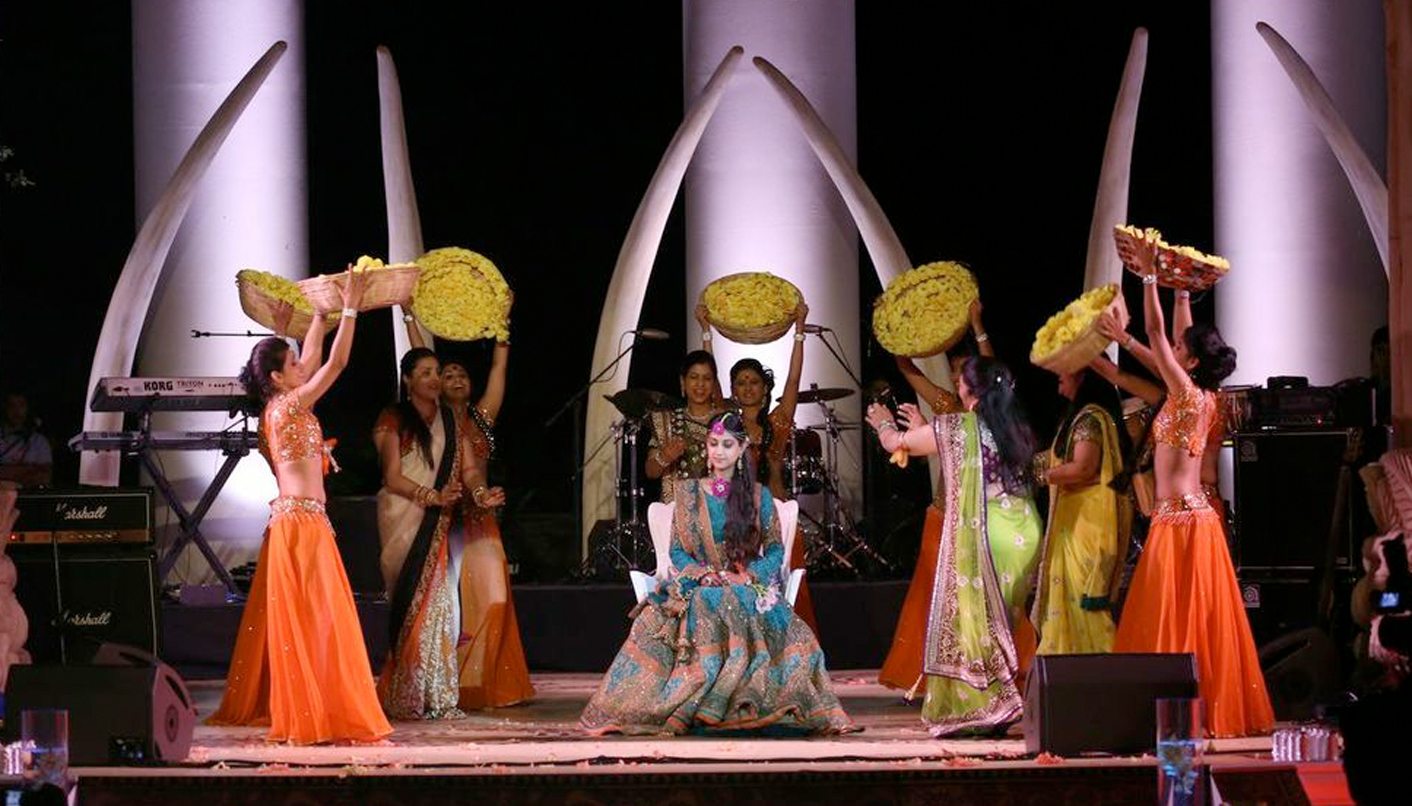 From Guptogo to GobbledyGupta, South Africans have invented a veritable lexicon to express their outrage (and believe it or not, delight) about the Gupstravaganza at Sunjay City. MANDY DE WAAL and JON PIENAAR wed meaning to the ever-growing list of words.

“What’s a Gupta?” asked former Sunday Times columnist Jani Allan on Twitter, soon after the engines of the an Airways Airbus A330-200 carrying passengers from India to a certain wedding went silent at the Waterkloof air force base, in Pretoria. Since then #Guptagate has generated its own dictionary load of lexicology. Here’s Daily Maverick’s reference guide to sorting the idioms from the idiocy.

Gupta: (coll. n.) A related group of self-important, self-involved individuals who believe one country’s future depends on their money.

Guptagate: (n.) An investigation that will fizzle out as soon as the next ANC crisis breaks.

Co-gupt: (v.) Making a venue, place, space or party one’s own. As in: “Did you see how Sun City was totally co-gupted last weekend?” Or as in: “Did you read about how Waterkloof was co-gupted?”

Arroguptance: (n.) “Its my jet and I’ll fly where I want to.” [Via @BruceRelates]

Dharma: (n.) The consequence of arroguptance.

Heligupta: (n.) A vehicle that flies in the face of protocol… and can land anywhere.

Guptastan: (n.) A wedding gift given by the bride’s family to the conjugal couple.

Guptapologist: (n.) What @KienoKammies called ‏@braddo_ct after Brad tweeted: “In this now rather tasteless frenzy about the Guptas, few reflect that this glittering wedding could have been held anywhere in the world”.

Guppies: (coll. n.) Gushing Gupta groupies who openly declare their love for the three amigos and their families on social networks. Like Lefa Phukubye (on FB): “I just love the Guptas!” and Bongani Bukhosibemvelo Mahlangu (on FB): “I am in love with the Guptas, it ain’t like the De Klerks/Bothas didn’t have influential friends…the red necks of this country need to chill and never tell us about the constitution ANC made that shit ya’ll” (sic). [Via @HansErikIken]

Gollywood: (n.) Sunjay City, after tens of millions have been thrown at it for a single wedding.

Guptiphany: (n.) A revelation, as in Gareth Cliff’s tweet: “Let’s not forget that at the centre of all this controversy there’s just a girl, looking at a boy, asking him to love her #Aaaaaaah #Gupta”

Contraguption: (n.) How the Dalai Lama’s entry to SA was denied, but the Gupta wedding party had full access to a National Key Point and VIP blue light detail.

Mangosuthu Guptalezi: (n.) When a member of parliament gets all tearful about that “beautiful celebration” and lyrically describes it as “a refreshing moment away from the hurly burly of politics”, a wedding that “spoke not only of wealth, but of love, hope and community spirit.”

Guptaplex: (n.) A R54 million compound in Saxonwold that consists of four mansions, where parastatal bosses and big-shot politicians are regularly summoned.

Guptairs : (n.) An ineradicable strain of condescension believed to be genetic. [Via @BruceRelates]

ConSishen: (n.) When you take something that doesn’t belong to you, but hell, possession is nine tenths of the law so you get the owner to fork out loads of dosh to get their asset back.

Guptogo: (v.) The state you’re in after you and your umpteen boxes filled with golden wedding trays are cleared by SA customs.

GobbledyGupta: (n.) The incoherent and somewhat desperate spin employed to make the Gupta wedding debacle someone else’s problem. [Via @JacquesR]

Atlull: (v.) The calm after #guptagate stops trending on Twitter, the media moves on to other stories and South Africans remember to get on with the business of living their lives.

Iron Man: (n.) A superhero. A movie that makes box office history. A leader with a steely will. [Has nothing to do with this story].

Of course the Twittersphere was afire with astute commentary. Here are a few gems:

Just wait until we catch a Gupta with rhino horn in Oscar’s bathroom. The media will die with excitement.

I know Indians have a reputation for negotiating discounts but this is ridiculous. All this to escape paying landing fees? #guptagate

One Wedding and A Political Funeral #Guptamovies

I’ll be flying from Gupta Airport from now on. I heard it’s much more convenient than OR Tambo, and quieter, with less red tape.

National Key Points are proving to be a headache for the Prez – first Nkandla, now Waterkloof. Best avoid declaring Sun City an NKP for now.

After the #Guptagate, SA’s Monopoly will have Waterkloof, president for sale, a country for bananas. No community chest, call it #Guptapoly.

Vega Gupta’s husband should take her surname, it can open doors for him, it can even open military airbases #guptagate DM

Politicians continue to bicker while Zimbabweans are starving