Marikana Commission: Phiyega ‘not sure’ who killed the miners 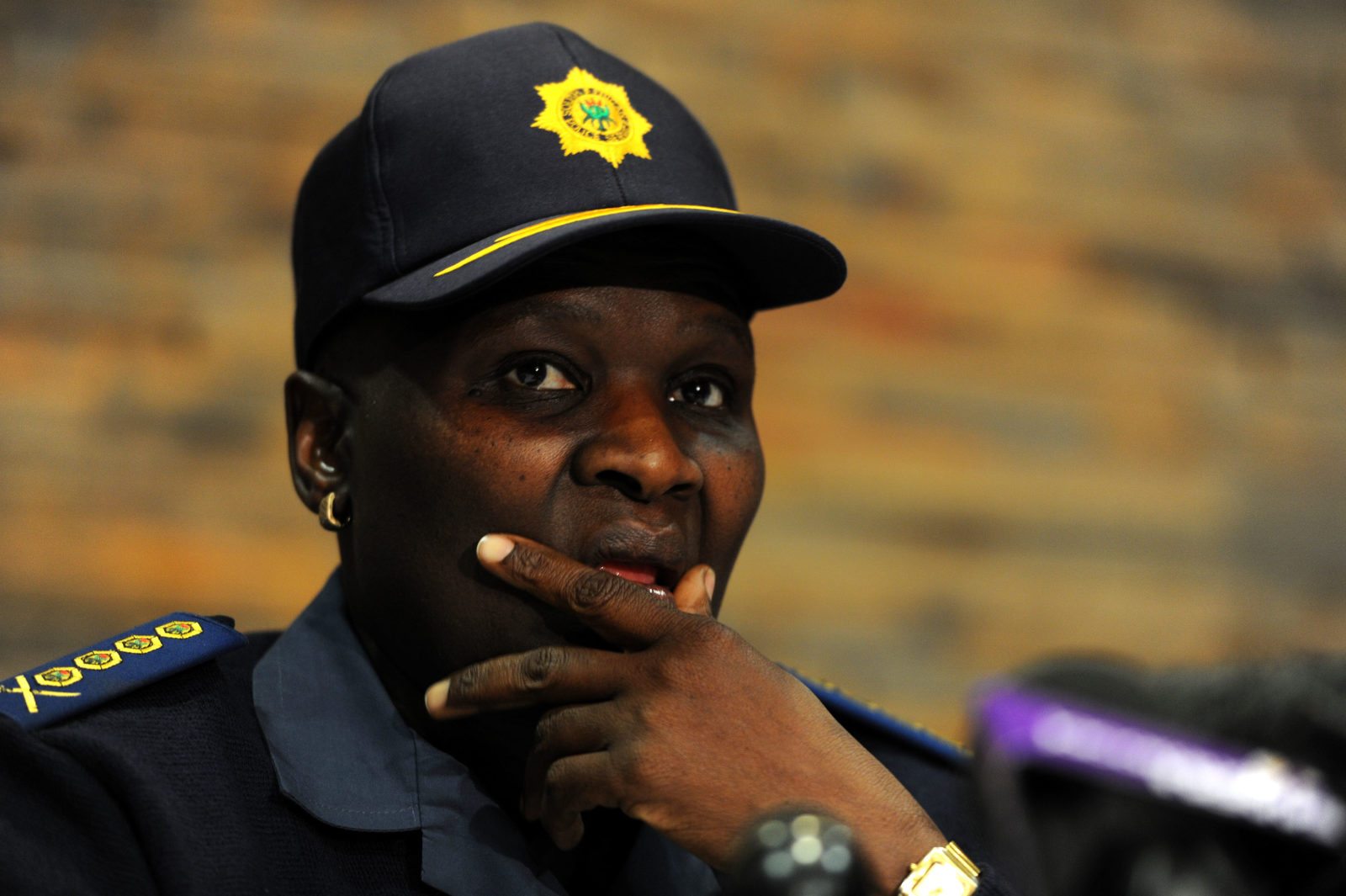 The Marikana Commission of Inquiry heard on Wednesday that not a single police officer had been arrested or charged for the 16 August 2012 operation that saw them kill 34 miners and injure another 78. While the police claim to be waiting for the results of an internal investigation, the evidence given by national commissioner Riah Phiyega indicates that they believe they acted within the law. By SIPHO HLONGWANE.

The national police commissioner Riah Phiyega had to explain on Wednesday how it was that in some prominent cases of police brutality, the SAPS acted quickly to suspend and charge the culprits, and yet they were dragging their feet in the case of Marikana. Under questioning from Advocate Dumisa Ntsebeza, who acts for the families of some of the deceased, she revealed that not a single officer had been arrested or suspended.

“We as the South African Police Service have not charged anyone,” she said.

Ntsebeza then brought up the case of Mido Macia, the taxi driver who was murdered in Mpumalanga earlier this year by police, who tied him to an official vehicle and dragged him behind. The culprits were dealt with swiftly and decisively. And in the case of Andries Tatane, who was shot and killed by police in 2011 in the Free State, the suspects were also quickly arrested. (Earlier this year, however, a Free State court acquitted them.)

In spite of constant objections by police advocate Ishmael Semenya, Ntsebeza was able to pursue this line of questioning, looking for consistency in Phiyega’s decision-making.

When Phiyega was asked to justify the difference between the cases, she said of the Macia case: “Sufficient evidence was at my disposal [to warrant a suspension].”

In the case of Marikana, the police would begin making arrests once directed to do so by the Independent Police Investigative Directorate (IPID), Phiyega said. In other words, the police are waiting for the results of their own internal investigation to be concluded first.

During an earlier cross-examination session involving other members of the SAPS, George Bizos SC learned that during the nine-day debriefing session in Potchefstroom after the operation, the murder charges brought against the police were never discussed. A forensic investigator testified that no IPID investigator approached him for the evidence he gathered after the operation, which would have included clear evidence that the crime scene was tampered with. This led Bizos to ask whether the police were dragging their feet in investigating their own. Ntsebeza has now made the same point with Phiyega.

Phiyega was also asked about the gaps in information provided by the police regarding the operation. In footage shown previously to the commission, crucial parts that would have shown clearly what happened are missing. The commissioner explained that this was because the people shooting the videos learned that they were regarded as spies, and decided to withdraw in fear for their lives.

Rather bizarrely, Phiyega attempted to dispute that the deaths of the 34 miners were caused by police shooting at them.

Ntsebeza said to her, “Do you accept as common cause on 16 August 34 mineworkers were killed by police?”

She replied, “I understand 34 miners were killed, but by whom? To say who killed them, I cannot comment on that. I would not go [as far as to say that they were killed by the police].”

The commission chairman, Judge Ian Farlam, then read a statement by the police to the commission saying that “…30 protestors were killed by police” and going on to note that another four died in hospital later. In essence, the police are not disputing that they killed the protesters. They are arguing that their actions were justified under the circumstances.

Phiyega’s inconsistency could be down to her poor preparation. In the last few days, the commission has had to stop so that she could find her way through her own paperwork. It may have slipped her mind that she was there to plead private-defence, not deny everything.

Ntsebeza also pointed out that by modifying the statement she submitted to the commission, Phiyega seemed to be trying to shield police minister Nathi Mthethwa from accountability. In the first version, Phiyega said that she was instructed by the minister to go to Marikana after the wildcat strike escalated into violence around 13 August. That statement was retracted and replaced with one that says the commissioner merely informed the minister of what had happened. According to the Police Act, if the minister gave an instruction like that, he would have been directly responsible for the result as well.

Phiyega replied as she did previously, saying that she was merely correcting an innocent mistake she had made.

The claim that the question of who killed whom was still up in the air was the one that shocked more. The relatives of some of the dead miners sitting in the Rustenburg auditorium reacted audibly, eventually forcing Farlam to threaten to eject anyone heckling. There are many things that are fuzzy about what happened on 16 August and why, but there is no doubt as to which group pulled the triggers that caused the 34 deaths that day. Not even in Phiyega’s mind, despite what she said under oath. DM