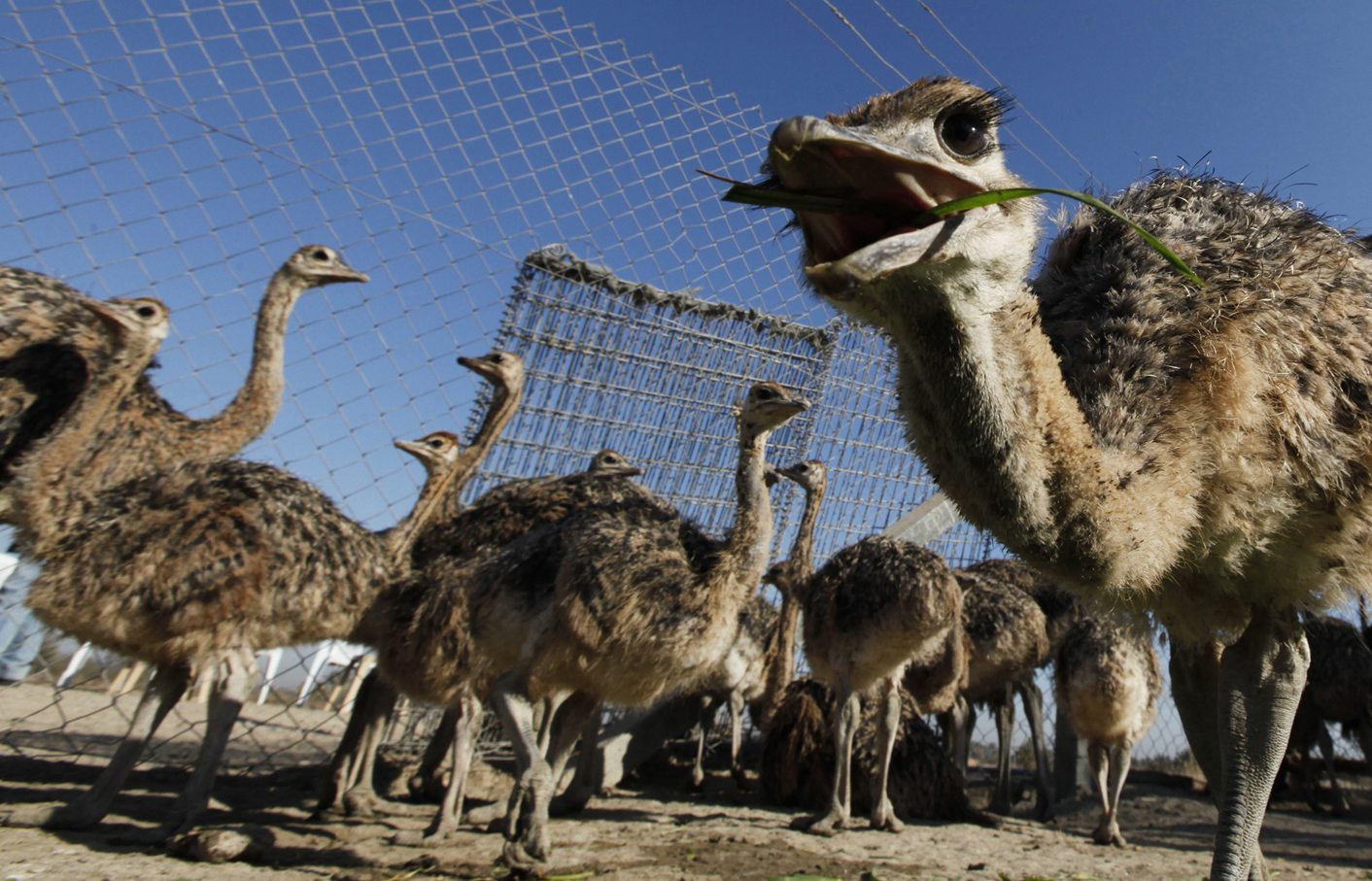 A pair of South African arms dealers from weapons manufacturer Paramount were trapped in the Central African Republic as the coup toppling Francois Bozize took place. The Times reported Miles Chambers and Clement Salanga were in the CAR to discuss selling weapons to Bozize as rebels forces moved closer to the capital, Bangui. The newspaper reported the team were on the way to meet Bozize when they were detained near his palace for over five hours. It was when South African forces engaged in battle with rebels on the outskirts of the city that they managed to escape as Bozize’s soldiers fled. They hid in a diplomat’s house before French troops evacuated them and they were flown home in a Paramount jet.

President Jacob Zuma doesn’t share the view of minister in the presidency, Trevor Manuel, that it is time to stop blaming apartheid for poor service delivery by government. Zuma was speaking at a commemorative event in honour of assassinated SACP leader Chris Hani, who died 20 years ago. Zuma said apartheid’s legacy would “be with us for some time” and that it was “impossible” to undo the damage of centuries in the nearly 20 years the ANC has been governing South Africa. The president said that “to suggest that we cannot blame apartheid for what is happening is in our country is a mistake, to say the least” and that it would take a magician to right apartheid’s wrongs in such a short period.

An outbreak of bird flu has hit an ostrich farm near Oudtshoorn, but authorities said it was unlikely to pose a threat to humans, though additional tests were being carried out after another strain killed eight people in China. The Western Cape agriculture department said the outbreak had prompted restrictions on the movement of the big birds and their products in the province. Tests samples from an ostrich farm near Oudtshoorn, the centre of South Africa’s ostrich export industry, found the presence of the H7N1 virus, the ministry said. Another strain, H7N9, has killed eight people in eastern China since it was confirmed in humans for the first time last month.

The ANC says the assassination of Chris Hani robbed South Africa of a “legend who embodied the undying resolve to reverse the injustices of the past”. Two white right-wingers assassinated Hani on 10 April 1993. “. The ideals he lived for are the ideals that inspire us as we relentlessly pursue the struggle for economic emancipation, non- racialism and a better life for all South Africans,” the ANC said. The party said Hani “would have not looked the other side as our women are brutalized, raped and dehumanised on almost a daily basis, he would have called on all of us to confront this scourge”. The department of military veterans echoed the ANC’s sentiments, saying, “His vision, valour, compassion and dedication to the course of the poorest and most vulnerable, including the military veterans, continues to be sorely missed”.

Public protector Thuli Madonsela says her office has been inundated with cases that shed light on how service providers are being overpaid, often with the collusion of municipal officials. Speaking to the Institute of Municipal Finance Officers (IMFO) in Somerset West, Madonsela said the amounts involved were getting “scarier and scarier”. She said this kind of over-billing and false billing would cripple the state. She gave an example of how municipal officials would stay overnight in a hotel, but the travel agent would claim for five nights. The extra money would then be transferred to the official’s account. Madonsela said financial and risk officer should exercise due diligence to root out this kind of fraud.

A R5 million defamation case lodged by President Jacob Zuma against Rapport newspaper has been dismissed by the Western Cape High Court. Zuma and his lawyers didn’t respond to an interim court order in the case that required them to submit documents relating to the proceedings. The order was granted after several requests for the documents. Beeld reported that Rapport’s lawyer, Willem de Klerk, said the dismissal was not based on the facts of the case, but on “President Zuma’s persistent failure to comply with the rules of the court”.

Makaziwe and Zenani Mandela, the daughters of former president Nelson Mandela, are trying to oust advocate George Bizos, human settlements minister Tokyo Sexwale and lawyer Bally Chuene from companies established by Ismail Ayob, Mandela’s one-time lawyer. The Cape Times reported that Harmonieux Investment Holdings and Magnifique Investment Holdings were established as a repository for money earned from the proceeds of Mandela’s hands art project. The daughters claim the directors weren’t formally appointed by Mandela and did not enjoy the support of most of his children and grandchildren. Bizos told the newspaper the allegations were false and that the women “wanted to get their hands on things that should not be sold and the money in the companies”.

Sentech has been asked to return R500 million to the national treasury that was earmarked for the rollout of wireless broadband, the Democratic Alliance says. Spokesman Butch Steyn said government’s failure to provide a national broadband strategy on time was the reason for the move by the treasury. He said as a result of this loss of funding, South Africa would not be able to reach its target of expanding broadband beyond the 15.8 % of South Africans with access to technology now. “This has the potential to undermine economic growth and job creation,” he said. Steyn said he would request the chairman of the parliamentary portfolio committee on communications to call the department of communications to urgently present a new strategy. DM

Photo: An outbreak of bird flu has hit an ostrich farm near Oudtshoorn, but authorities said it was unlikely to pose a threat to humans. (REUTERS file photo)