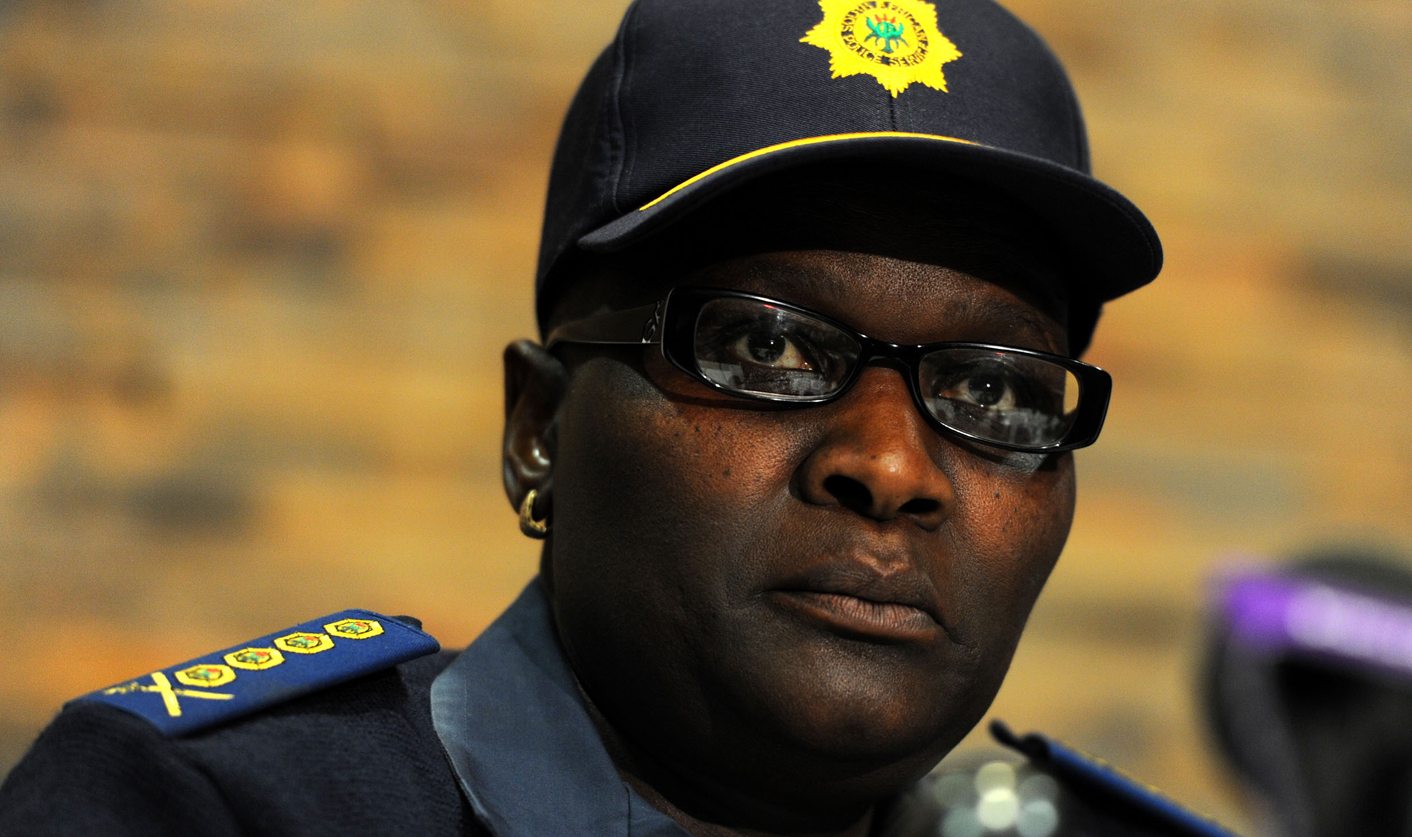 On Thursday, national police commissioner Riah Phiyega faced questions on an unsigned affidavit, and revealed that she hadn’t read it before it was handed in to the Marikana commission of inquiry. By SIPHO HLONGWANE.

Phiyega’s troubles at the hearing in Rustenburg extend past her seemingly meagre knowledge of police work and her inability to recall what she communicated to her bosses and what was said back to her. She is developing a habit of untidy paperwork. When she began her testimony some three weeks ago, she required the assistance of a major-general Tshegofatso Rantho, her legal advisor, with the papers before her. The commission’s evidence leader advocate Mbuyseli Madlanga complained that the she appeared to be receiving whispered advice from the general.

On Thursday, Schalk Burger SC for Lonmin questioned Phiyega about another instance of jumbled paperwork. The confusion appears to have sealed police minister Nathi Mthethwa from accusations that he knew about the operation on 16 August prior to the day.

Phiyega’s team handed in two signed affidavits to the commission. Both included events leading up to and including the deadly operation, with two differences: page seven of the first document featured the initials of only the commissioner of oaths (all other pages were signed by Phiyega and the commissioner of oaths), and the section omitting the signature also mysteriously left out a mention of contact with Mthethwa.

The changed paragraph in the first affidavit says: “On the afternoon of August 16, 2012, I received a call from Lt General Mbombo who informed me of the decision to implement a dispersal operation of the plan.”

The changed paragraph in the second affidavit says: “On the afternoon of August 16th, 2012, I received a call from Lt General Mbombo who informed me of the decision to implement stage 3 of the plan, which information I relayed to the minister.”

Phiyega said that the contents of the second draft were false. She drafted the document.

“How could you make such a mistake?” asked Burger.

She had noticed the mistakes after handing in a typed hard copy to her secretary, Phiyega replied. She then simply penned in the changes on the hard copy and handed the document over. When she was handed the documents to initial before the commissioner of oaths, she signed without checking.

“I do submit that I didn’t read it because I thought I was simply correcting [the missing initial],” Phiyega said.

Acting for the miners who were wounded in the Marikana operation, advocate Dali Mpofu asked Phiyega to clarify a statement she has repeatedly made to the hearing: she contends that the reason why so many people died at Marikana is that the police plan of disarmament and dispersal was derailed, which led to unintended consequences (the deaths) resulting from an unforeseen event (miners charging towards police lines). She has not wavered from the line under unsmiling cross-examination from lawyers such as Madlanga and George Bizos SC.

Mpofu asked how and what point the police plan was disrupted.

Phiyega replied: “Let me not contaminate that space. The people who were there can give you an account of what happened.”

When Mpofu offered back that she did not seem to have any idea of how the police plan failed (after submitting to the Commission that she knew it well enough to have given it her blessing), the commissioner began to reconstruct the operation and identified the point when it ceased to be “normal”.

Mpofu asked why the police did not tell the miners that they were going to use live ammunition on them.

“Part of the plan would have been for the cops to place the barbed wire, call the protesters and get them to place their weapons down, but the plan was disrupted,” Phiyega replied.

“Until the first shots were fired on 16 August, it was a ‘normal’ operation.”

The bizarreness of the testimony on Thursday was not that it indicated a police commissioner with a faint idea of her job – she has done that enough times in the last three weeks – but that things that did not require expert knowledge of police work were apparently beyond her too. Anybody who has ever had to commit their signature to anything will have been warned at some point to check first. It seems unbelievable that she would have made such a basic mistake when that document could be the smoking gun that ends her career and permanently ruins her reputation. If the Commission can prove that Mthethwa was made aware of the Marikana plan before it was carried out, then there is a case to be made that President Jacob Zuma knew of it too. Going down that path could create a new bundle of problems for the ruling African National Congress party of the same heft as the immovable arms deal outrage.

The political gain for ensuring that the line of command for the Marikana plan ends with Phiyega, therefore, is considerable.

Photo: National police commissioner Riah Phiyega holds a news conference near Mooi Nooi in the North West on Friday, 17 August 2012 following killing of thirty- four people in a shooting on a hilltop near Lonmin mine in the area. (Werner Beukes/SAPA)