In his own words: Vivian Reddy 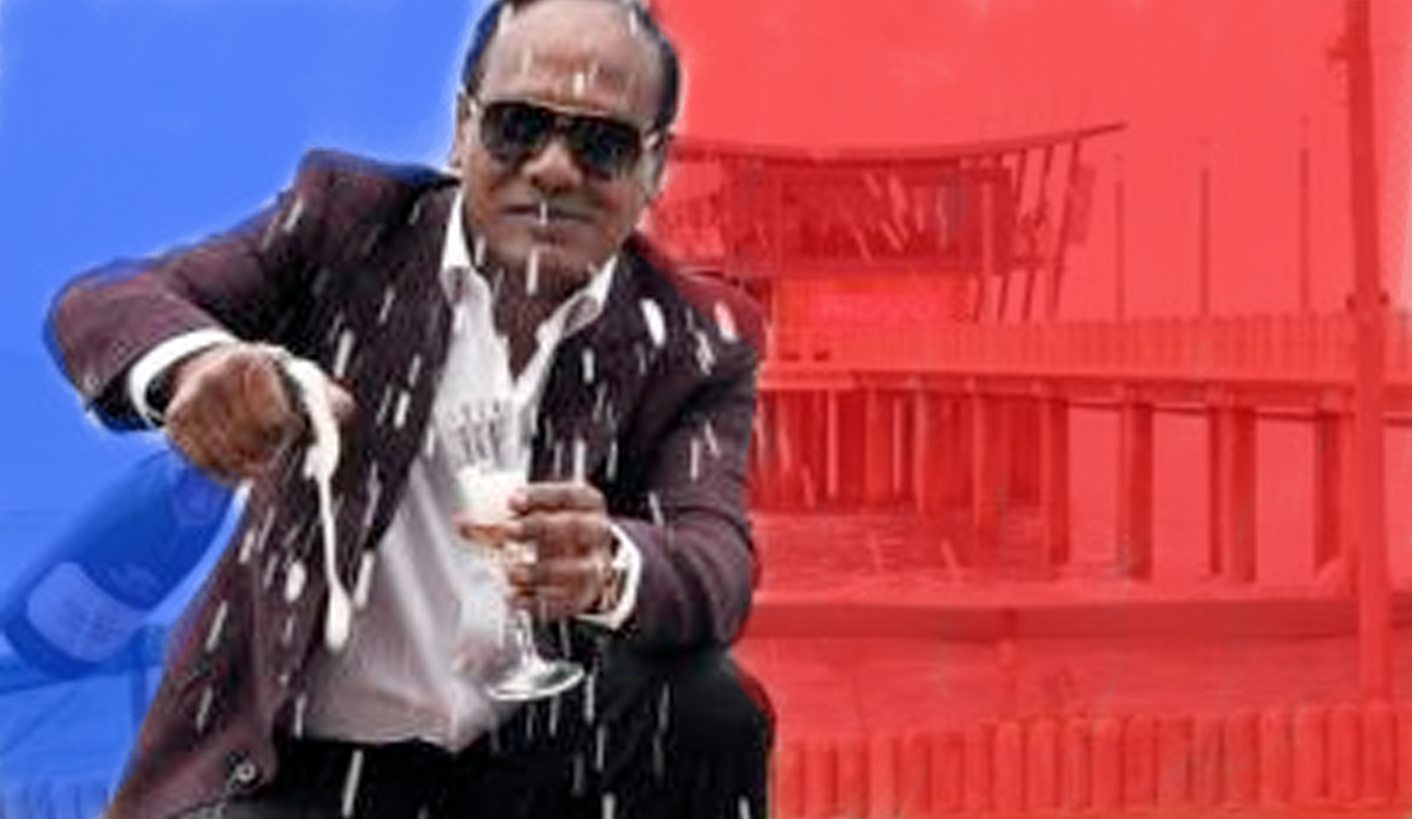 Durban businessman Vivian Reddy, fresh from celebrating his 60th birthday at one of the biggest parties seen in South Africa, believes his success in business is despite, and not because of, his political connections. Reddy, who is proud of his friendship with President Jacob Zuma and is open about funding the ANC, said in a wide-ranging interview in Johannesburg last week that he had not benefited from his political connections. Interview by RYLAND FISHER.

“I have heard people saying that I have achieved success because of my political connections, but this is not so.

“Minister Jeff Radebe, who recruited me into the ANC, when he spoke at my birthday and launched my foundation, said it is important to note is that, as much as I’m a staunch supporter of the ANC and also a known funder of the ANC, I do not make any demands on the organisation.

“My electrical company gets business because we are the best in the industry. For the last five years, we have been voted the best electrical company in South Africa. We are 100% black-owned, we have all the right credentials and we have the financial resources to do any job.

“Eighty percent of our work comes from the private sector and we work as a sub-contractor to all the construction companies. So, there’s no real government work as such.

“Some people have complained about our involvement in the Durban airport. The reality is that we were a sub-contractor to Group 5. We didn’t get the work from government.

Quizzed about his relationship with the president, Reddy said he had met Zuma when he had just returned to South Africa from exile.

“We’ve always had a very close relationship with his entire family. He is like the godfather to my children. From a young age, my children played pool in my garage with the president. At that time, he was just an ordinary member of the ANC who had just come back from exile.

“Our relationship is one of family. Every child of his, all his wives, are known to me. I’m a family friend of the president, and that is why he was there at my 50th birthday. Unfortunately, for this birthday he was out of the country, but he sent a beautiful message and gave me a lovely gift. He also sent Thobeka (one of his wives) to represent him.

Asked if his relationship with the president was closer than the Guptas, Reddy laughed.

“I’ve known the president much longer than the Guptas. My relationship with President Zuma goes back to the days when he came back from exile and it has been a long-term relationship. It is not a newfound relationship. Your readers can read between the lines.

“By the way, the Guptas sent me a lovely gift for my birthday.”

Reddy described his birthday on 22 February as “one of the most exciting, emotional and saddest times of my life”.

“We had a great function, the party for 250 private guests at my home on the Friday, followed by the big gathering of 10,000 disadvantaged children, largely orphans, from all over KwaZulu-Natal, and then the big bash of 1,500 guests on a marquee that was perched six metres above the Indian Ocean.

“I went around meeting the children, hearing their shouts of excitement and experiencing the joy of kids who had never been near the water. They were having a great time. It was then that a thought flashed by in my mind. I realised that things were great for these kids for the day but when they left, they would have no future. They are poor children, they are orphans.

“That is what inspired me that morning to launch my foundation. I’ve committed to put R100-million into it and it will be geared up to serve the needs of children.

“It was during the interaction with the children that I realised how Madiba really got close to kids. When you interact with hundreds of kids, your heart is really filled with joy. This is why my birthday was moments of joy tinged with sadness.

“The functions were absolutely amazing with 40 international guests and some of my family from around the world. It was wonderful to bring together so many people and make them happy. I love making people happy and I think the birthday helped with that.”

Reddy said his success was due to “having a vision and a dream”.

He was inspired by astronaut Neil Armstrong, the first man to walk on the moon, who he met in Japan at the age of 16 when he represented South Africa as a Scout at an international gathering.

“Armstrong talked about his determination in life and about how perseverance prevails when all else fails. His passing words to me, which has become my mantra, were ‘If you can dream it, you can achieve it’.”

Reddy said he had been dismissed from his first job because of “my progressive views in the workplace”.

“I could not get a job at any electrical company in South Africa and was forced to go out there on my own. My first job was an absolute disaster. When I went to collect my cheque for about R26,000, there was a note on the company door saying ‘Company in liquidation. Contact our attorneys’. I started life in debt and that is when I started to believe ‘if you can dream it, you can achieve it’.

“At that time I said that I wanted to form the biggest electrical company in Africa. Along the way I developed the CANEI principle, which stands for Constant and Never-ending Improvement. That principle is what drives me in life.

“Our entire workforce has adopted the Canei principle. That is what business needs to do. You need to consistently and continuously improve yourself.

“The other big thing we do is innovation. We evolve with industry. When we see new technology in the power industry, the gaming industry or the construction industry, we grasp those things.

“What happens today is that that too many people run their businesses with blinkers. They just look at what they have done. They don’t really look into the forward scenario. They don’t look at the issues impacting on the business, a lot of them don’t do risk analysis.

Reddy announced at his birthday that he would be retiring at the age of 65.

“I intend to work full-time on social cohesion. Recently, I was involved in bringing together the Indian and the African communities in Durban. The issues around the 1949 riots have still not fully healed and, working together with King Goodwill Zwelethini, I took 800 members of the Indian community to the king’s palace to participate in a reconciliation prayer.

“Right now I am working on bringing all religious organisations together and I am also working on a one million person gathering to promote social cohesion, people from all races and all cultures in South Africa.

“The legacy I would like to leave behind is one where I will be in the forefront of attempts to bring all races and all religious groups together to make South Africa a more harmonious place through my social cohesion programmes.”

From a business perspective, Reddy believes that he has succeeded in building the biggest power company in South Africa.

“My legacy that I want to leave behind is by making the Edison Power Group the biggest electrical company in Africa. I also want to make sure that the company remains 100% black-owned and black-managed.

His son, Santhan, has been trained to take over as the chairman of the company.

“Actually, he is performing better than me at the moment. He is even building a house bigger than mine.

“He is doing a great job. He is young, very innovative and full of energy. He is only 30 years old and he reminds me of the time when I was that age. I am very confident that, under his leadership, the company will grow from strength to strength.”

Reddy believes that one of the biggest successes of democratic South Africa has been the empowerment of many black people.

“In the casino industry, where I am involved, they have insisted that at least 35% of the ownership must be in black hands. Otherwise it would never have happened.

“It has not been enough and it should have been broader, but the fact remains that it is a success that those people have been created. They provide more jobs and I think that has been the major success of the government.”

The biggest challenge facing South Africa, according to Reddy, is unemployment.

“If we do not address unemployment and poverty, we could have a revolution in this country, not a violent revolution, but people could decide to vote for individuals that could bring this country to its knees and that could introduce very radical policies, which could see an outflow of capital from the country.

“The other challenge, though a lot of it is perceived, is in the eyes of the world, crime seems to be impacting on tourism to the country.

“When you see the CEO of the fourth largest company in the world mentioning this positive image of the country, it gives me hope that this country has a great future.

“A great credit must be given to the leadership and especially to Madiba because of what he did for our country to bring it onto the international map. We are no longer the pariah of the world. We proudly say that we are from South Africa.” DM