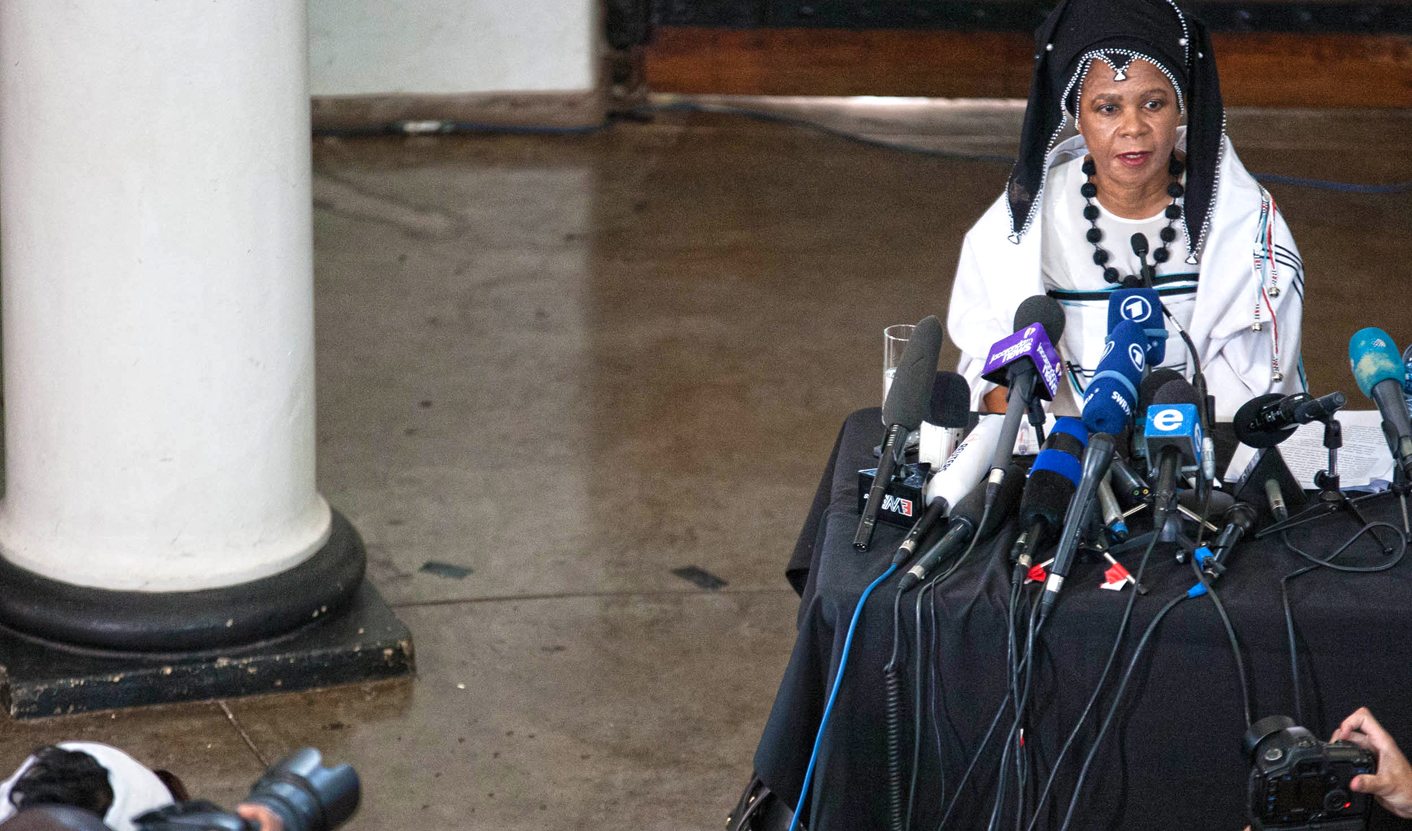 Agang, the new ‘party political platform’ launched by Mamphela Ramphele, has been garnering solid social media support. But that’s no indicator of whether a new party led by Ramphele could gain any real traction in the 2014 elections. MANDY DE WAAL spoke to local marketing heavyweights about whether brand Ramphele could gather meaningful momentum.

It has been mere days since Mamphela Ramphele threw down her political gauntlet and announced that she was “consulting widely with fellow South Africans on forming a party political platform with a view to contesting the 2014 elections”.

At the time of going to publication, her ‘party political platform’, called Agang, was swelling with numbers on social media. The AgangSA Twitter account had well over twelve thousand followers, while the Facebook page was closing in on eight thousand likes. By way of comparison, the ANC Twitter account, MyANC has some 41,500 followers while the ruling party’s Facebook page has about 15,300 likes. (DA’s Helen Zille has almost 240,000 Twitter followers)

But the big question is whether Ramphele has the wherewithal to attract any kind of critical mass for a political party, should she contest the 2014 general elections. The marketing experts Daily Maverick spoke to where unanimous about one thing – she’s got a hell of a job ahead of her.

“The way she is packaging her political brand is new. Now you have to go out there and tell people about this thing, after we’ve been through Cope, which has been a disaster. There will naturally be cynicism to this new party, despite the fact that she’s fabulous.” Morris believes that Ramphele made her first mistake by not launching with a brand. “She got so much coverage, and if she’d had branding it would have given her the lift that I think she needs. She should have had her brand behind her when she was on camera, because she was on TV news stations everywhere. I think she missed a trick.”

The MorrisJones CEO said the new political party would have to invest a hell of a lot of money to get where it needs to get in a very short space of time. “I think it is going to be no easy task.” Asked about the money it would take, Morris paused, thought intently and then speculated: “To have an effective mass market campaign… I wouldn’t do anything under R50 million. Her spend is going to have to be substantial, because she’ll need nationwide coverage. R50 million is conservative to launch a new political party. Yes, if she uses social media well, she may get a bit of groundswell there, although our penetrations are low. I think she’s got a hell of a task ahead of her period. She’s chosen a tough crowd to go up against,” Morris said.

Ivan Moroke, the Managing Director of TBWA\Hunt\Lascaris, reminded Daily Maverick of the basic rule of branding – that it merely reflects what the organisation or brand stands for. Basically, said Moroke, marketing is about communicating a brand’s attributes in the most compelling and differentiated way. “Branding cannot replace what you stand for. This is even more emphasised in political organisations. No amount of brilliant branding can play the key role in influencing a citizen of a country about a decision is critical as a vote.”

“For something as precious as a vote, which is based on emotion as much as on rational reasons, branding can help, but the key influencers would always be about whether people believe, trust and are inspired about what they perceive the brand stands for, and not only how it looks,” he said.

The founder of integrated strategic communication agency Cerebra, Mike Stopforth, underscored Moroke’s thinking. “The nature of marketing is by definition that it is about a market, and the success of marketing depends entirely on the receptivity of the market to whatever message or product or service it is that is being touted.” In other words, Stopforth believes that if a cake is not good, it doesn’t matter how much or what kind of icing you put on it. If Ramphele’s offering isn’t clear, differentiated, relevant and doesn’t make compelling sense, marketing will only amplify her political party’s problems.

Stopforth added that another problem was the local market’s appetite for a new political offering. “In this case, we are dealing with a market that – for the lack of a better phrase – has had the shit kicked out of it. And so the receptivity of this market to any brand communication is probably going to be fairly cynical, reserved and cautious,” he said. However, he added: “I think from a marketing perspective it is possible to achieve momentum, but this depends on two variables – the receptivity of the market itself, and the nature of the message.”

The big challenge for Ramphele, Stopforth said, was quick delivery on the promise of whatever party political promise she was making. “The challenge for Ramphele and her new party and the promise that it brings is that she is going to have to supply rapid proof that she can execute. That will be interesting from a marketing perspective. Will she achieve critical mass through marketing? I don’t think so, not at this point in time. It is early days, and the substance of the product and the readiness of the audience for the message is in question,” Stopforth concluded.

One of the most respected brand strategists in the country, Andy Rice, agreed that the odds were stacked against Ramphele. “With any new brand, you will have a limited number of people who will be able to take on a certain amount of risk by aligning themselves with that party/brand in its embryonic stage. But the vast majority of us are more lemming-like and want other people to be the guinea pigs,” he said.

Rice then recalled South African Breweries’ marketing tactics. “SAB, for instance, used to have a rule of thumb that when a brand got to about 8% of the market, it was then likely to get further momentum and take on real substance. They always had the unspoken view that their real task, in the days of Louis Luyt and others, was to supress competitive brands to the point where they never reached that tipping point. The same applies in politics.”

You don’t have to be a marketing guru to see that the ANC has loaded the big guns against Ramphele. The tripartite alliance was quick off the mark, and Cosatu’s Patrick Craven said the confederation saw no future in Agang – while the ruling party accused Ramphele of using offshore funding and plying an imperialist type agenda. And that’s only the beginning. There’s plenty more where that offensive came from. Add to this the ANC’s leader advantage.

“The reality is that the stakes are high and the odds are stacked against you because of a phenomenon called ‘double jeopardy’ which is well known in marketing circles,” warned Rice. “This says that the market leader not only has by definition more consumers, but it tends to have more of those consumers that consume more of the category. So market leaders get the quantity as well as the quality –they get the number of users as well as the heavy users. That is a situation that tends to stabilise market leaders in a situation of dominance,” Rice added.

Issues of market domination aside, another thing the ANC has going for it is loyalty. The government is South Africa’s biggest employer, and very often in marginalised areas the only real employer by virtue of local municipalities. Support the ANC and you could be part of the cadre deployment system and gain access to resources. Branding aside, for many, the choice of openly supporting a new political party could play into fears of losing gainful employment.

To successfully gain meaningful market share in the next election, Ramphele will need masses of money and the smartest marketing advisors available. That said, even with mountains of moolah and serious marketing muscle, Agang’s got a gargantuan task ahead. DM