Analysis: Will Mamphela Ramphele form the next Cope? 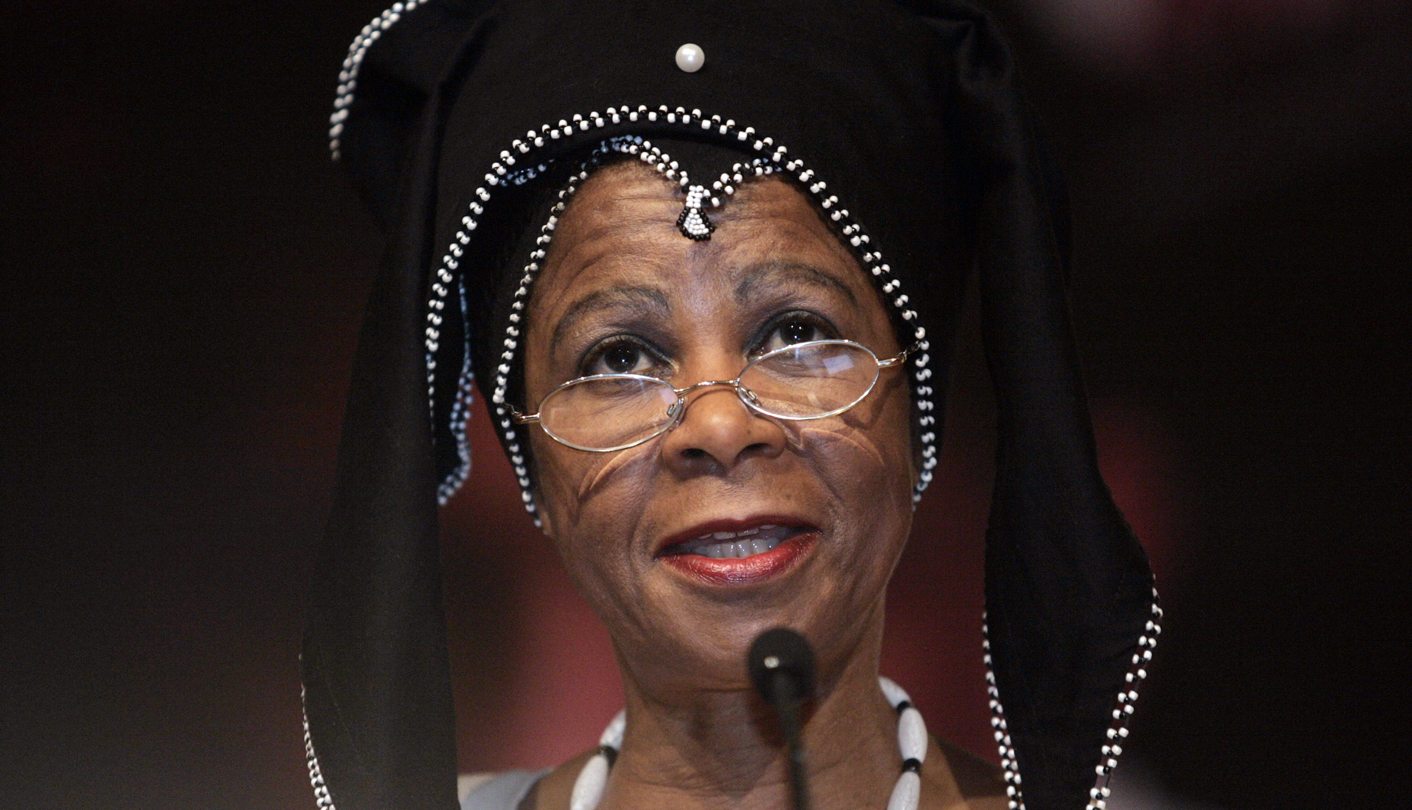 The world of politics has been abuzz with the anticipation that Dr. Mamphela Ramphele is going to start a new political party next week. Inevitably, the focus has been on the ramifications of such a move on the African National Congress, or the Democratic Alliance. But she should be looking at the implosion of Cope as a warning for what lies ahead for her. Without the right political infrastructure and networks, the new party will not survive. By SIPHO HLONGWANE.

It takes real grit to build a successful political organisation. The history of the big South African parties shows that it takes years of toil in the grassroots before they gain a foothold, and eventual dominance. The ruling African National Congress (ANC) turned 100 years old in 2012 and it took a lot of blood to sustain it for so long, against the wishes of the Apartheid state machinery. You could argue that the political dominance that the party enjoys today is in large part due to the public acknowledging the historical debt it owes the ANC.

In a way, this fact makes the hype surrounding Dr. Mamphela Ramphele’s possible entry into party politics all that more strange. Can a single person actually change the course of South Africa’s history within months, despite all the evidence to the contrary?

What we do know is that Ramphele will make some kind of big announcement on Monday. The speculation is that it will be the launch of a new political party. She also recently resigned as chairwoman of Gold Fields.

The assumption in the politisphere is not that she is going to join an existing party, but will start her own one. If that’s true, that means that she is going to have to recruit a kitchen cabinet to her cause. She will have to decide exactly what her new party will stand for, and how that would plug into the gap in the market that they have identified. She would have to go around the country, opening new branches and forming alliances with other civic organisations like churches. All the while, she’d have to make sure that the policies were coherent, and that the public knew them. That takes a bit of work.

The DA and the ANC seem unfazed.

“We have a 60-year legacy upon which we drive the issue of ensuring a better life for all South Africans. At the moment she has none of that base, no platform to build on,” DA spokesperson Mmusi Maimane told the Mail & Guardian. “We’ve been growing in rural areas and I would be surprised if the Mamphele Ramphela brand is even heard of in those constituencies. She will do well, but I don’t think we are too worried about what the prospects of her forming a political party will do to our voter base.”

According to one survey, young South Africans do not know who she is. Fifty-two percent of people aged between 18 and 32 surveyed said they did not know who Ramphele was, consumer insights company Pondering Panda said.

“It’s clear that if Mamphela Ramphele announces the formation of her own political party, she will have a challenging task ahead of her when it comes to gaining recognition among young people,” spokesperson Shirley Wakefield said to Sapa.

“At this stage she is pretty much an unknown quantity. If she enters the political fray, she is likely to have a much bigger impact on DA support than on the ANC. This is because the Democratic Alliance base has traditionally been older and more upscale than the African National Congress.”

The big problem that Ramphele would be facing in forming a new party is that it will inevitably be built on her personal brand. That’s what new voters will be attracted to. Again, history shows that such parties tend not to last. Examples of personality-driven parties that have shrunk away include Inkatha Freedom Party and the United Democratic Movement, but perhaps the most pertinent one is Cope.

Cope was formed after the national executive committee of the ANC decided to recall President Thabo Mbeki in September 2008, by people who were his allies on the inside. Though it gained a 7% foothold in the first national elections it contested (2009), things went downhill immediately. The party was split between the factions of Mbhazima Shilowa and Mosioua Lekota, and other leaders jumped ship as time went on.

With no grassroots work done, and no real mass appeal, and most importantly no strong internal democratic structures, Cope soon fell prey to the personality clash right at the top. Even parties that swirled around one personality, like the UDM, couldn’t sustain themselves on that alone. So far, we have nothing to indicate that Mamphele is not about to make exactly the same mistake.

Political killing fields are strewn with the career corpses of the politicians who thought they could fake it. Even the most charismatic politician of the generation, one Barack Obama, would have been at best a state senator these days if he failed to create the generation’s foremost election team. David Axelrod, David Plouffe, Robert Gibbs, Valerie Jarrett, Stephanie Cutter, Jim Messina. All of them, together, created an unbeatable machine that propelled Obama to the US Senate in 2004 and the White House in 2008 and 2012; unfortunately, elections are not won on the candidate’s charisma anymore. It is a science, and requires skills, time and money.

Of course, she could be on the brink of announcing that she is joining a party that already has a history and grassroots track record to join. Realistically, if that is the plan, it will have to be the DA. Given the heavy-handed way that she has criticised the ANC in the past, it is unlikely that she would be made to feel welcome at Luthuli House anyway.

Should she join the DA, it would have to be a senior position, with Ramphele almost certainly leading the DA’s 2014 national election list. And she would be able to enjoy a not-inconsiderable support of the thousands of branches nationwide, research and marketing teams.

But if she goes alone, it is hard to see how she is going to avoid creating another Cope. To begin with, she needs to have a 10-15 year growth plan that involves a lot of sweat on the ground. And the 10-15 year plan comes with a 10 or 15 years of being a fringe player in the national game, while the problems facing South Africa need an immediate action. If she does present a plan for a new party on Monday, the big wait would have started.

The problem is, it is not at all certain South Africa can wait that long. The clock is ticking, Ms Ramphele. DM