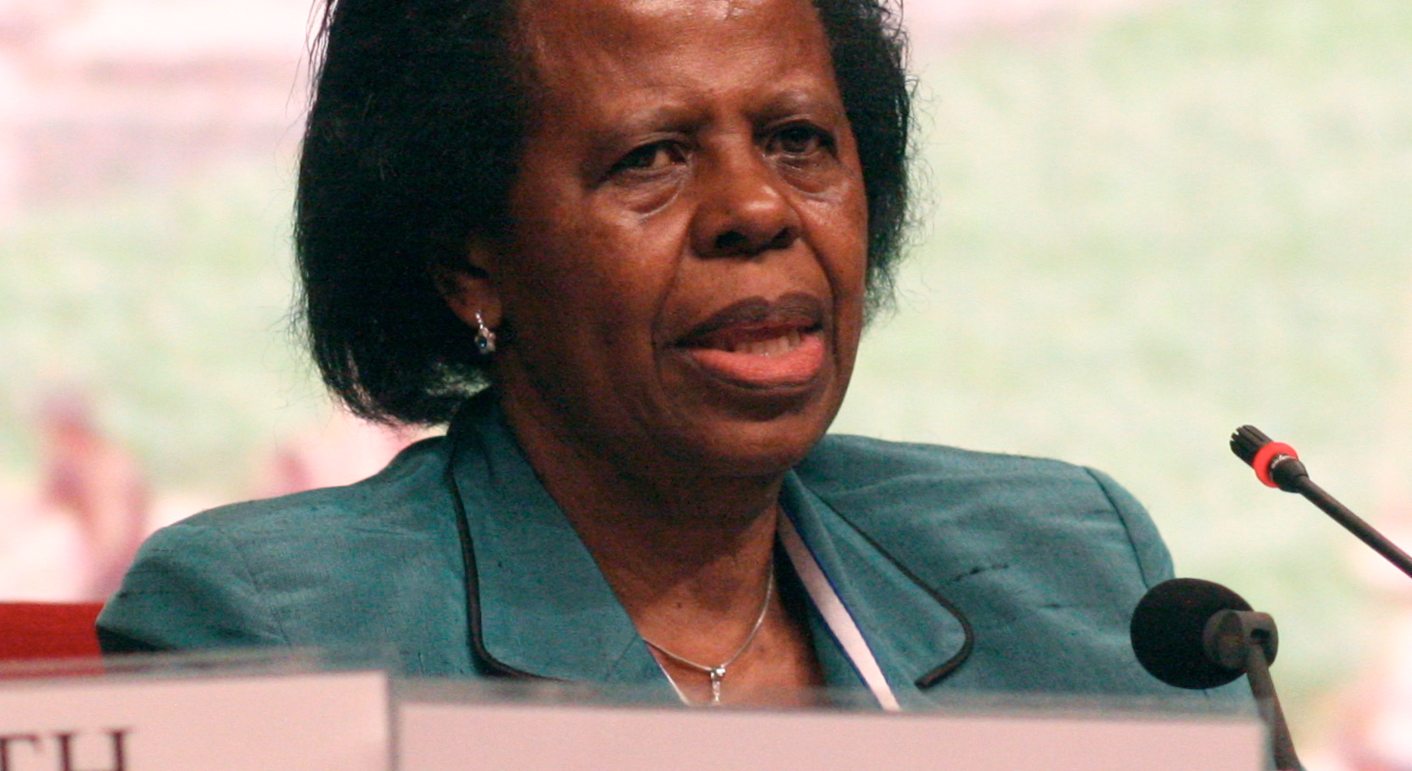 Daily Maverick/Eyewitness News can reveal the Department of Cooperative Governance and Traditional Affairs is being called on to investigate a tender it awarded for the distribution of hundreds of millions of rands, aimed at creating jobs. At the centre of the scandal, exposed by Corruption Watch, is the respected Mvula Trust, accused of fronting for a company belonging to one of its own trustees. ALEX ELISEEV investigates.

A report compiled by Corruption Watch and sent to the Department of Cooperative Governance and Traditional Affairs (COGTA) has lifted the lid on allegations of “fronting” in a R30-million “project management” tender won by the Mvula Trust.

The report describes an exodus of senior trustees and staff in the wake of the tender, and a police investigation launched to try and untangle the business connections and conflicts of interest. It also raises questions of whether promises made in the tender bid are being delivered, and gives a voice to those who fear the trust is being “kidnapped”.

The Mvula Trust was formed in 1993 and is South Africa’s largest water and sanitation NGO. Its decision to bid for a project involving job creation was a departure into new territory.

The chairperson of the trust is deputy Water and Environmental Affairs minister, Rejoice Mabudafhasi, who is yet to explain how this was allowed to happen on her watch. Mabudafhasi is an ANC heavyweight – recently re-elected onto the party’s National Executive Committee (NEC) – and a former commissioner of the Human Rights Commission. She’s led the Mvula trustees for more than fifteen years.

Mvula Trust, meanwhile, denies any “fronting” or corruption took place, but admits the concerned trustee declared her company’s role verbally and only after the tender was awarded. It says it has taken measures to ensure future conflicts of interest are avoided.

The story begins in 2011, when government prepared to announce a tender for a portion of its Community Work Programme (CWP). The CWP required a “lead agent” (a project manager) to oversee the channelling of hundreds of millions of rand (Mvula Trust says more than R1 billion) to communities in several provinces. The concept is that people are hired to work two or three days a week on whatever projects most benefit their communities. Their wages are covered by government and paid by whatever organisation wins the tender, through its subcontractors on the ground. Mvula Trust says so far, around 70,000 people have benefited from this project.

The rules of the tender made it clear that only a non-profit organisation (NPO) could qualify, which put Mvula Trust in the running. There are conflicting accounts of how the trust became involved, but what is known is that another company, Ubuntu Sima, was aware of the tender and agreed to be a partner. Ubuntu Sima was a for-profit company and one of its directors, Gabsie Mathenjwa, was – and still is – a trustee of Mvula Trust.

Three sources with intimate knowledge of the deal – who spoke on condition of anonymity – raised concerns that the trust had been used to allow Ubuntu Sima and others to cash in on the tender. Corruption Watch’s report – compiled by a senior and experienced investigator – raises the same red flag: “(Correspondence) gives the impression that a collaborative relationship with Mvula was intended from the onset by Ubuntu Sima. It has also been established… that Mvula Trust knew about the tender before it was even advertised.”

It continues: “It has also been established that the CWP contract may have been fraudulently attained due to Mvula fronting for Ubuntu Sima, given the fact that 75% of the income would accrue to a private business owned by a board member, which is in direct contravention of the terms and conditions of the contract.”

The report says Ubuntu Sima may have “piggy-backed” on Mvula’s status as an NPO, and ends with several recommendations which call on the department to monitor the project closely and to “conduct a parallel investigation” to the one being done by the police.

Corruption Watch has received no feedback from COGTA.

Mvula Trust, however, provided a comprehensive response. Its acting CEO, Silas Mbedzi – who is himself embroiled in a legal battle over his axing by the Mhlathuze water board in Kwazulu-Natal – says the problem lay with vague and outdated rules governing the trustees. According to Mbedzi, the old rules allowed for conflicts of interest to be declared verbally, and this, he says, is exactly what happened with this tender. But he adds that two months ago, the board charter and trustee deeds were updated to close any loopholes.

A contract between Mvula Trust and Ubuntu Sima was eventually signed after the tender was awarded in November 2011. This, according to sources, happened amidst ugly internal politics and threats of legal action. The CEO of Mvula Trust who oversaw the tender, Phakamani Buthulezi, resigned soon after and made way for Mbedzi, who says while no companies were mentioned by name, Mvula never hid that it was working with a partner while tendering for the business. Mbedzi also claims Buthulezi left for personal reasons and not because of the tender.

One staff member who left was Ilse Wilson, the daughter of anti-Apartheid activist and lawyer to Nelson Mandela, Bram Fischer. Wilson has been associated with the trust for almost 20 years and says it played a major role in community-orientated water and sanitation projects in the early years of South Africa’s democracy. But, she says, she’s now deeply worried about its future.

“It’s very sad to see it changing direction and being used to make money for people. It appears to be untoward and it makes me very sad… it was an organisation which did very good work. It’s not nice to see it taken over like this.”

Other sources use more dramatic terms, saying the trust is being “kidnapped” and that the tender is wriggling in a “spider’s web” of dodgy business and family links, along with those in a so-called “water mafia” (a reference to people moving in and out of various water utilities and the Department of Water Affairs and landing lucrative tenders). One source says the tender was nothing more than “smoke and mirrors”. Mvula Trust denies this, saying the trustees who left had served far too long and were no longer adding value. Mbedzi says there was also a racial element: “As an organisation we are doing much better governance wise, financially and administratively without the departed colleagues who were, by the way, not prepared to work with blacks”. Despite the immense skills they took with them, Mbedzi says the departure of four trustees and three staff members can hardly be considered “an exodus”.

And yet, many unanswered questions remain:

One of the trustees who walked out after news of the relationship with Ubuntu Sima emerged had been with Mvula for 10 years and served on its Finance Audit Committee. He felt it was his duty – and legal obligation – to report the irregularities to the police. A case was opened and is being investigated by the commercial crimes unit. Mbedzi says the trust has not been approached by the police because there is no case.

But Corruption Watch director, David Lewis, says according to their four-month investigation, this simply isn’t true. “We are satisfied that our investigations have revealed sufficient reasons for the department and for law enforcement authorities to look much more deeply into this contract.”

Lewis adds that the tender could prove to be invalid: “There seem to be a range of irregularities in what is an important tender in an important project.”

COGTA was sent detailed questions last week Wednesday, but is yet to respond. On Friday it asked for the deadline to be “relaxed”, saying it needs time to look into the matter.

“(The enquiry) has potential to assist in governance matters that might have been stuck in the Department’s blind spot,” said spokesman Nghamula Nkuna.

The tender is due to run until next year. DM