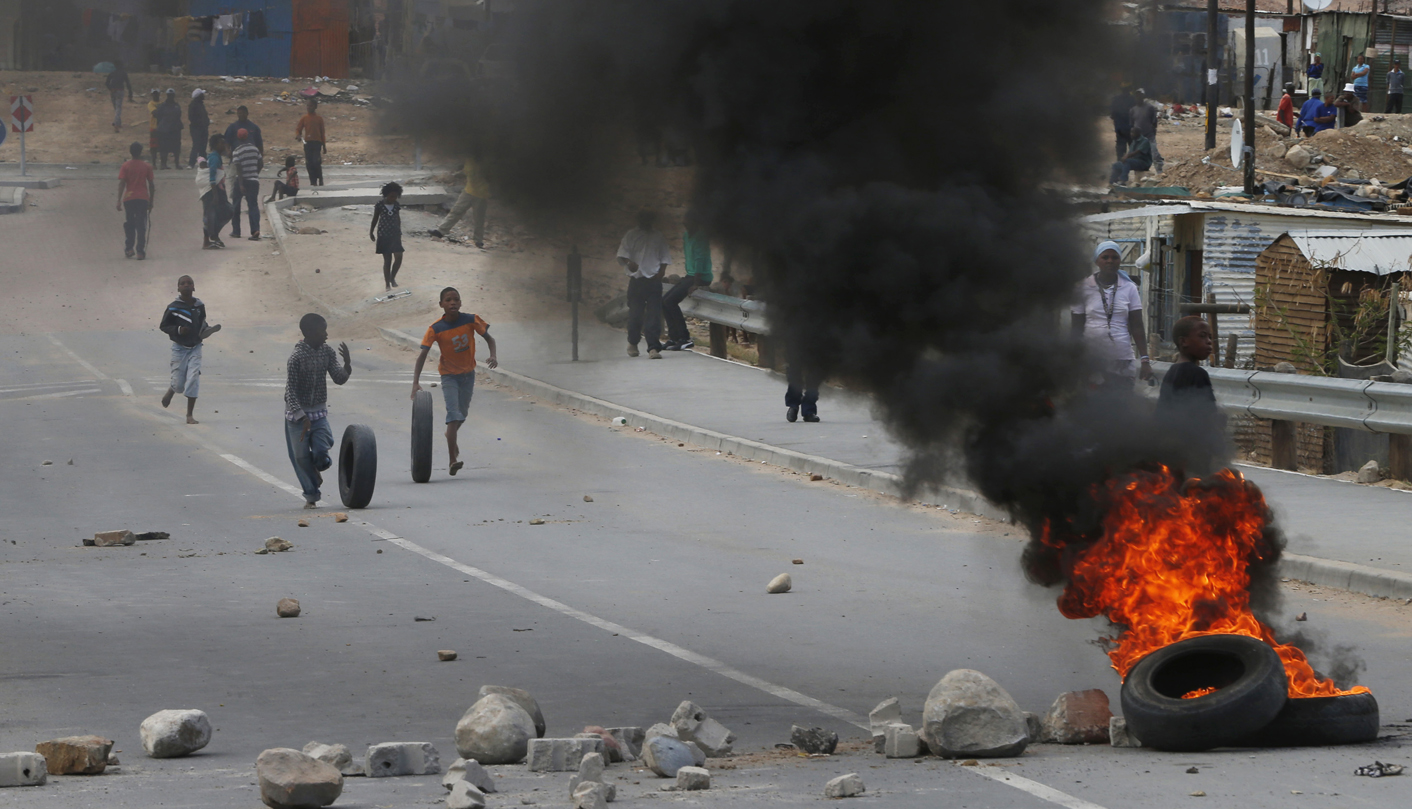 Some small-scale farmers in the Western Cape support the strike action currently taking place in the Western Cape. But it’s not just about wages – they are demanding faster land redistribution, as well as support from the government for those new black farmers. By SIPHO HLONGWANE.

According to the Mawubuye Land Rights Movement, black small-scale farmers fully support the strike action in the Western Cape. This was in response to a report in the Cape Argus  that said members of the Deciduous Fruit Development Chamber (DFDC), which represents “around 200 ‘emerging’ farmers across SA – with around 80% of their farms in the Western Cape – either wholly or partially black-owned” were complaining that the continuing strike was affecting them worse than the large-scale, commercial and mostly white farmers.

“As the farm protest continued into its second week, the DFDC said there had been no attention to the fact that they were suffering the impact along with white farmers, and that they were particularly vulnerable as mostly small-scale farmers,” the Argus said.

The paper quoted Ismail Motala, a farmer in Wolseley, who said: “The majority of black farmers are in a very difficult, very precarious position. These protests have only exacerbated that situation.”

However, Mawubuye said that the article misrepresented the way that many small-scale black farmers felt about the labour crisis in the Western Cape. It listed farmers belonging to the Ashton Small Scale Farmer’s Trust, Genadendal Small Scale Farmers, Villiersdorp Small Scale Farmers and The Suurbraak Groente Project as supporting the strike.

The strikes began in November last year after thousands of mostly migrant labourers in the winelands demanded that their daily wages be raised from R69 to R150. The strikes resumed again at the beginning of January after unions and farmer representatives could not reach an agreement. At the beginning of the year, some R100 million worth of damage was reported, mostly caused by protesters who set vineyards on fire.

Farmer and worker unions have begun meetings, with a wage breakthrough reported in Clanwilliam. However, Mawubuye said that their gripe extended beyond wages and onto land redistribution. Denia Jansen, an organiser of women for the movement, said that they represented small-scale subsistence farmers (many of whom are farm labourers) and the so-called “upcoming” farmers, or those who farm as a business.

“We are a land rights movement, so we look at both small-scale farmers and the upcoming farmers. Small farmer issues are very important to us. Most of the people we work with do not have land. They grow some stuff on a very tiny scale to be able to eat because food is so expensive. Some sell within the community to raise some more money.

According to the group, some of the disgruntlement in the Western Cape is due to the pace of land redistribution, which they say is too slow.

Billy Xabela, an upcoming farmer from Bonnievale, said that those who took over redistributed land received no help from the government whatsoever.

“Upcoming farmers do not get any help from the government. When we invited the minister for agriculture [in the Western Cape] to come and help us, he came. But then he said that the power was with the national government. We’ve written them three letters, yet nothing has happened,” he said.

Most new farmers were left to fend for themselves with no help to develop their land, especially in terms of irrigation, Xabela said. “Water is our biggest problem. We do not have the means to get any water onto our crops. So how can you grow anything without water?”

“The [R]150 per day is just the beginning. The real fight is for human rights and our rights to the land that was taken from us. The wages are just a priority for now. After that we will talk about the rights of small farmers and black people. That’s why we support the striking farm workers,” Xabela said.

Henry Michaels, the chairman of Mawubuye, and three other affiliated farmers were arrested in Barrydale recently as part of police crackdowns on the strikes.

Agri SA, one of the largest farmer unions in the country, encouraged those who were unhappy with the minimum wage to make submissions to the department of labour, which would be considered by the Employment Conditions Commission.

The commission advises the minister of labour on the adjustment of the minimum wage and related employment conditions.

“Agri SA consistently emphasised that an informal national arrangement with respect to minimum wages was not a feasible solution and that the minimum wage should be what it is, namely only a minimum.  We also urged farmers to pay their employees higher wages than the minimum, considering factors such as profitability, affordability, skill levels and experience.  Wages above the statutory minimum are not regulated by law and are negotiated on farm level between individual farmers and their employees,” the organisation said in a statement.

“Independent research indicates that this is indeed the case. Wages tend to be generally well above R80 per day without taking into account benefits such as housing, electricity and water supply, transport as well as health and educational support. Seasonality of production and temporary work opportunities are clearly factors contributing to the lower annual income for workers in certain regions and subsectors of agriculture,” Agri SA said.

On Wednesday, the Congress of South African Trade Unions announced that the strike would be called off for a week after the Clanwilliam agreement. The provincial secretary, Tony Ehrenreich, said that this agreement was a model for all farmers to follow. However, Agri SA and the Western Cape division of the union said that no contact had been made with them so far. DM

Photo: Children run towards a burning barricade during a strike by farm workers at De Doorns on the N1 highway, January 9, 2013. REUTERS/Mike Hutchings