Khayelitsha photo essay: Community on the verge of a breakdown 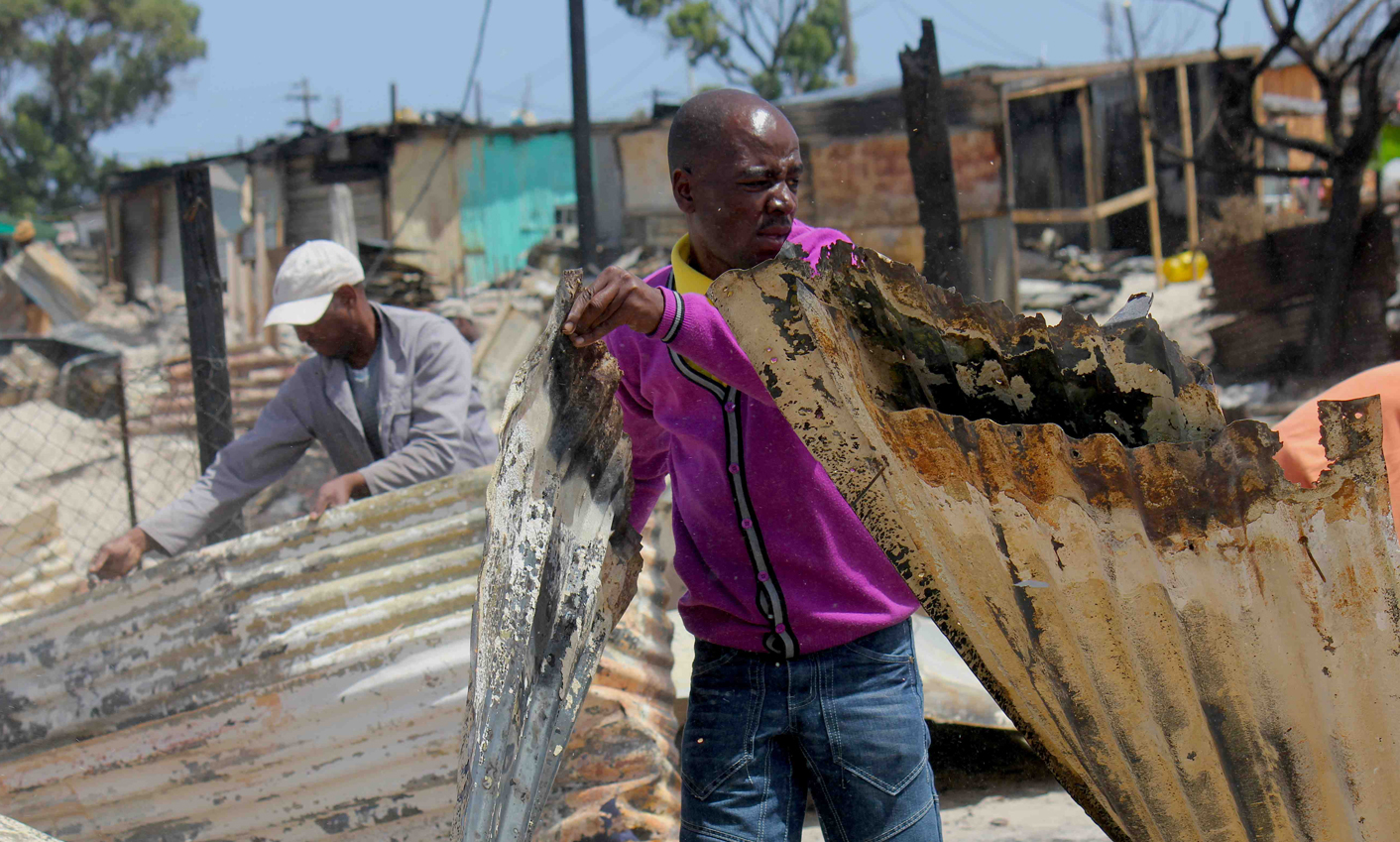 Khayelitsha faces rampant levels of violence, poverty, corruption and – most recently – fire. In the wake of a vicious blaze that caused major destruction, and while awaiting the outcome of an inquiry into policing in the crime-ridden area, the community is waiting to exhale. By KATE STEGEMAN.

In the aftermath of the fire that ripped through BM section on the one hand and next week’s judgement on the Commission of Inquiry into policing in Khayelitsha on the other, its clear that residents of Cape Town’s largest informal settlement not only face ongoing violations of their socio-economic rights, but that their rights to security are undermined by rampant levels of crime. Poor policing and a lack of infrastructure development go hand in hand. Instead of poorly planned reactions to well-publicised instances of fires, floods, rape and necklacing – after the fact – government needs to address the complex, systemic causes of unsafety and understand that security and socio-ecomic rights are inextricably linked. Until then the poorest and most marginalised citizens will continue to bear ‘die brand’ of inequality.

Before the sun rose to herald in 2013, a fire broke out in Khayelitsha’s BM section, leaving at least five people dead, an estimated 3,000-4,000 people homeless and a path of destruction in its wake. The bleak landscape of BM section that remains only hints at the years of inequality and underdevelopment it has faced. One week ago, a thousand-odd densely packed corrugated iron shacks perched precariously on soft beach-like sand, were engulfed in flames in a matter of minutes; because they were surrounded by a maze of narrow pathways rather than roads, witnesses say fire trucks were unable to gain fast and effective access. Disaster Risk Management’s Wilfred Solomons-Johannes denies the delay and is confident the fire department worked hard to contain the blaze. Residents on the ground told Daily Maverick that the root cause and blame lie squarely at the feet of government who have failed to provide adequate housing and basic service delivery. Premier Zille maintains City and Provincial officials are committed to re-building the settlement. “Negotiations for additional land owned by SANDF [have begun]… And block layout plans have been laid out,” she said. Fire victims cleared away the charred remains of their homes and worldly belongings. On Thursday 03 January 2012, two days after the fire wrecked havoc on their lives, residents were assisted by Khayelitsha-based community members and NGO volunteers, including members of the Social Justice Coalition (SJC). In contrast, Disaster Risk Management and City officials were conspicuous in their limited presence. Welcome Makele, pictured wearing a purple jersey, works for the SJC as a Community Advocate. He says: “The city hasn’t helped us. I am not happy. They keep on writing down the list of the victims instead of assisting them to rebuild their shacks or give them alternative space… The is the first time that we have seen so many high-up government officials come to Khayelitsha. They must come here more”. Inside OR Tambo Hall

Displaced Khayelitsha residents are being provided with temporary shelter in OR Tambo Hall on Mew Way, near BM section. Fire victims have received blankets, bread, juice and baby food from City officials, but a lack of mattresses means many are sleeping on the cold, hard hall floors. Last week residents voiced their concerns that they have yet to get temporary documents from the Department of Home Affairs. They were also dismayed that it took Cape Town Mayor Patricia de Lille three days to arrive on the scene. The response to the emergency has been compromised by the often-present cross-party political mudslinging, most notably when ANC provincial leader Marius Fransman told some DA-led city officials last week to go “back to their white bosses” to tell them of the suffering of the fire victims. On Monday Jared Sacks reported for Daily Maverick that allegedly after the BM section fire, “police left unattended the charred remains of three dead bodies till well after 17:00 when investigators finally returned to the settlement”. As well as politicians seemingly entrenched and systemic disregard for their plight, Khayelitsha residents also believe instead of upholding safety in their communities, the police and criminal justice system violate their rights to security at every turn. In December 2012, a few hundred people, made up mostly of Khayelitsha residents as well as politically active students and members of the public, protested outside the Cape High Court to show their opposition to Police Minister Nathi Mthetwa’s attempted interdict against the Commission of Inquiry (CoI) into policing in Khayelitsha. The judgement in the CoI case is expected to be heard on Monday 14 January, 2013. DM