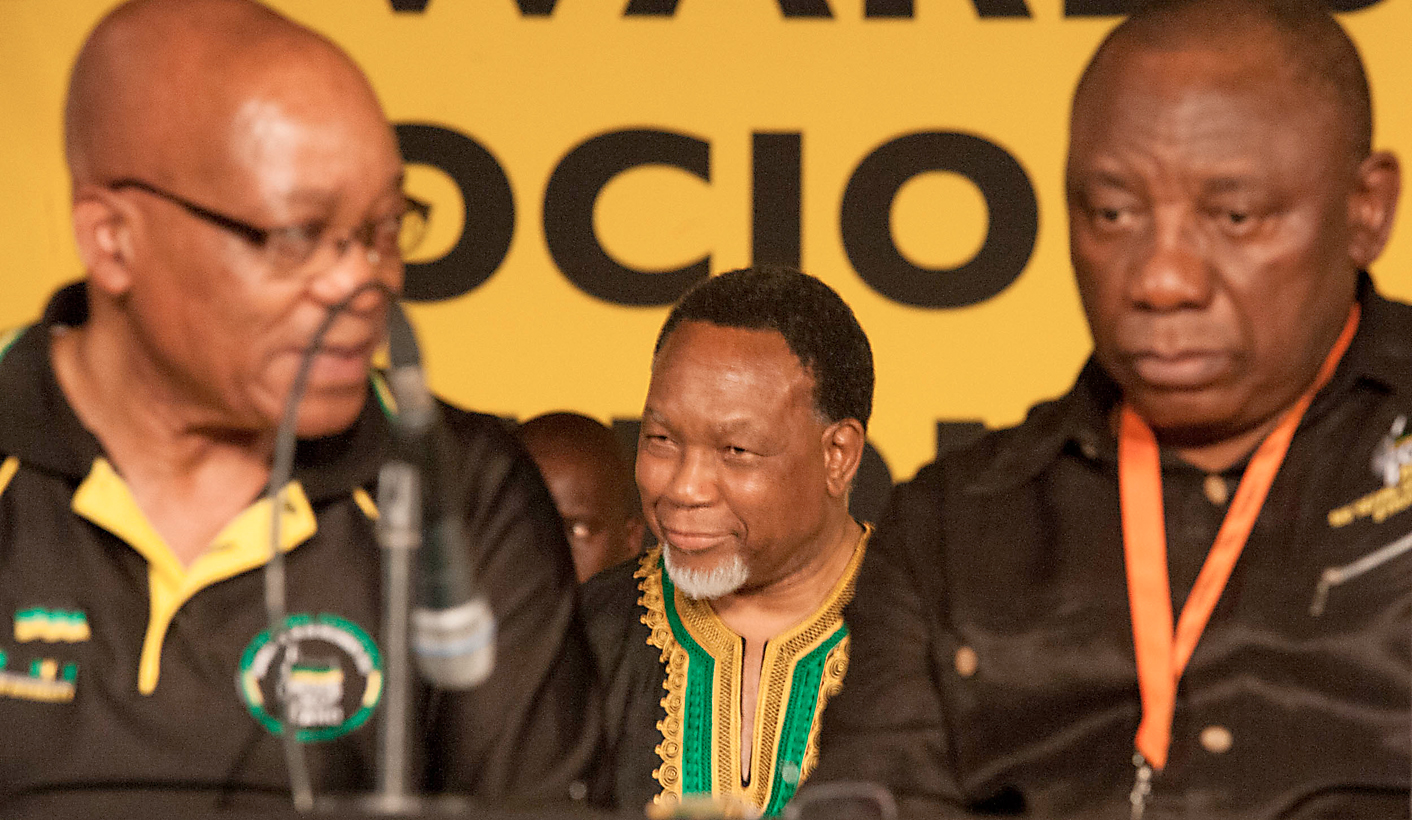 After Kgalema Motlanthe was defeated by President Jacob Zuma in a much-anticipated battle for the leadership of the ANC, he declined to serve in the party’s national executive committee, laying the basis for a withdrawal from active politics. But with the ANC losing Motlanthe, South Africa lost a hero it never had. By RANJENI MUNUSAMY/NewsFire.

South Africa’s deputy president, and former president for seven months after the recall of Thabo Mbeki, is heading for retirement from government, although no one’s quite sure when this will happen.

His position in the state now looks superficial and untenable, as he no longer has the backing of his constituency to stay on as the number two in government. His presence in Cabinet is purely at the courtesy and goodwill of Zuma, a deeply uncomfortable position for Motlanthe after Tuesday’s defeat to Zuma at the ANC elective conference in Mangaung.

But resigning immediately would cause a hullabaloo that is out of character with Molanthe’s nature. He would not want to distract from conference proceedings by attempting to step down immediately. If he were to relinquish all his positions, he would also need to resign from Parliament, which is now in recess.

A discussion obviously took place between Motlanthe and Zuma after the announcement of the ANC top six election results, which then prompted Motlanthe’s unexpected and poignant farewell message to the ANC. He would have needed Zuma’s permission to do that. What other words or commitments were exchanged is not known. With Zuma now having a new deputy in the party in the form of Cyril Ramaphosa, it is unclear whether he would want Motlanthe to vacate his position now or at a later stage to make way for Ramaphosa.

If the status quo remains in government, Ramaphosa can continue to lead his formidable business empire as the ANC deputy presidency is not a full time position. But if the tension that developed between Zuma and Motlanthe in the run up to Mangaung is untenable, neither would want to continue sharing office space in the Union Buildings.

It is also not known what the nature of the arrangement is between the Ramaphosa and Zuma camps, and whether Ramaphosa is meant to enter government to prepare to take over the state, either in 2014 or in 2019.

There is also the matter of the opposition parties’ motion of no confidence in the president which could take place in Parliament in February or March next year. Zuma knows now that he cannot rely on Motlanthe to run interference to prevent this parliamentary test of his support from happening.

As with all the president’s controversies, Zuma would prefer to have his minions shield him from having to face the music in Parliament. As the deputy president is leader of government business in Parliament and heads the ANC’s parliamentary caucus, Motlanthe would ordinarily have to be the person to step up to the role to protect Zuma. He will not do that. He was in favour of the no confidence vote proceeding when the opposition tabled the motion, as it is unconstitutional to block it. He is unlikely to have had a change of heart now.

In light of this untenable situation, Motlanthe could in fact resign early next year to make way for Ramaphosa, or someone else until the businessman is ready to take over. Ramaphosa is currently not a member of parliament, and therefore cannot be immediately appointed to the Cabinet. There is no chance of Ramaphosa assuming a parliamentary position before Parliament resumes in February.

From Zuma’s perspective, he might not want Motlanthe to be unceremoniously booted from government as he would effectively be doing to Motlanthe what Mbeki did to him. It would make him look vindictive.

By the tone of Zuma’s impromptu address to the ANC conference on Tuesday, it is also clear that he is trying to unite the party behind him now and if his first act as re-elected party leader is to chop off the head of his contender, it might cause resentment from ANC members loyal to Motlanthe. The last thing Zuma needs is for Motlanthe to become a martyr. This could spark another negative campaign against his already besieged presidency.

Motlanthe’s reacted to the election results the same way he reacts to everything – unflustered, genial. The picture taken by NewsFire’s Greg Marinovich, shortly after his defeat was confirmed, in which he holds up his two fingers (the sign used by campaigners of Zuma’s second term) is surreal. It is difficult to fathom how someone who just suffered a massive defeat would react immediately by holding up the sign of the person who beat him. Then he walked up to the stage to congratulate the victors – in front of the crowd that just deposed him. That took courage and strength of character that is rare in today’s politics. He used his farewell speech to invoke confidence in the new leaders and to remind the ANC of its historic mission to defeat racism and sexism and to serve the people of South Africa.

It would seem Motlanthe always knew he would lose and therefore never had his heart in the battle. He was disengaged from the succession debate and refused to give his supporters any foothold from which they could launch their campaign to unseat Zuma. In an almost bizarre act of self-sacrifice, he entered the race in the last week before the conference began, accepting the nomination of ANC branches in Gauteng, Limpopo and the Western Cape, as well as the ANC Youth League.

In the messy battle of Mangaung, he tried to cling on to principle, to distance himself from the madness and not to sacrifice his dignity for the headiness of power.

Motlanthe was also trying to make some point, but forever enigmatic and reserved, he never spelt it out. In the midst of the pandemonium, the point was lost – perhaps time will reveal it.

Motlanthe has taken a bow and exited the leadership of the African National Congress in much the same way he entered it in 1997, gently and without a fuss. In 1997, he was elected ANC secretary general at the party’s 50th national conference in Mafikeng. The story was not about him then – it was Mbeki, the ANC’s crown prince, taking over the reins from Nelson Mandela.

Fifteen years later, Motlanthe once again doesn’t want the narrative of the ANC’s 2012 national conference to be about him. He wants to slip away quietly.

For South Africa, it is worrying when the untainted and respected ANC leaders, like Motlanthe and Trevor Manuel, are withdrawing from the leadership. And what then is left behind? Who now is the voice of reason? Who will speak softly but powerfully, as Motlanthe often did, to caution and discourage irrationality?

Ordinary South Africans desperately wanted Motlanthe to be their hero, to change course, to restore decency, to instil hope. But he didn’t want that role. He wants to sit among us and be a spectator to the madness rather than compromising his credibility by participating in it.

The ANC and South Africa will never know what kind of leader Kgalema Motlanthe could and would have been.

It should never have ended like this. What remains is terrifying. DM