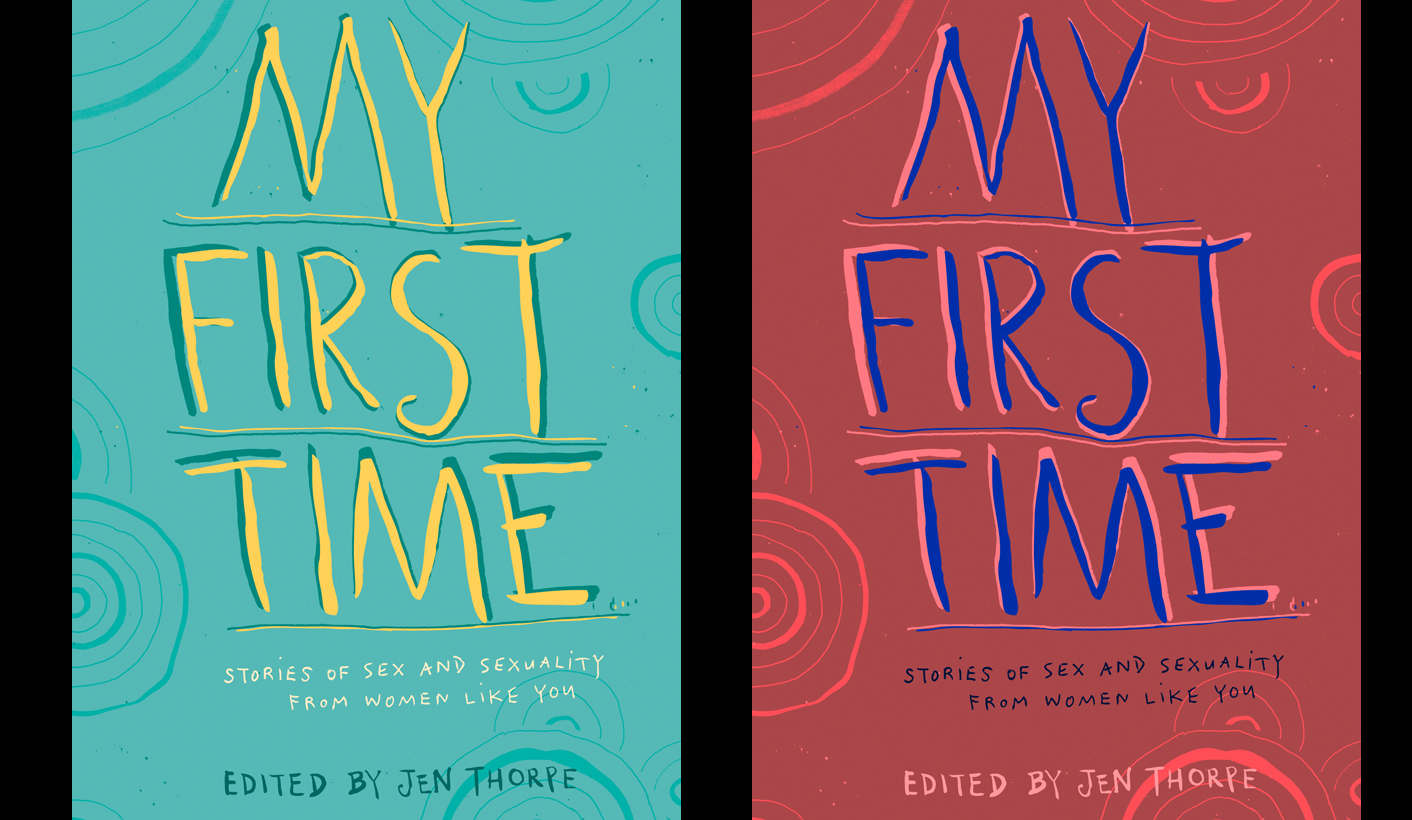 The newly-published My First Time is in itself a first, a collection of sometimes brutally honest writing by southern African women about sexual experience. Its candid accounts are a welcome contribution to the dominant conservative discussion of issues around sexuality. By REBECCA DAVIS.

Cape Town-based writer Jen Thorpe is well known to readers of the Mail & Guardian’s Thoughtleader blog, for which she pens columns from a fearlessly feminist perspective. These often don’t meet with a rapturous response: she is frequently the target of stupendously ignorant and sexist male trolls, but such is the fate of many female bloggers. Last year November, the Observer reported that women bloggers in the UK were uniting to call for a stop to the kind of crude insults and rape threats they were subjected to online daily.

The invective, noted feminist writer Laurie Penny, was substantively different from that directed at male bloggers. “An opinion, it seems, is the short skirt of the Internet,” she wrote, while conceding: “No journalist worth reading expects zero criticism, and the Internet has made it easier for readers to critique and engage.”

What she objected to, Penny wrote, was the fact that “Most mornings, when I go to check my email, Twitter and Facebook accounts, I have to sift through threats of violence, public speculations about my sexual preference and the odour and capacity of my genitals, and attempts to write off challenging ideas with the declaration that, since I and my friends are so very unattractive, anything we have to say must be irrelevant.”

In other words, it takes a certain amount of courage and a thick skin to keep blogging on matters pertaining to feminism and women’s rights week after week, which is perhaps why there are relatively few self-proclaimed “feminist bloggers” in South Africa. But Thorpe, despite being just 27, seems to have these qualities in spades.

She has now edited a book that grew out of a blog project she started in 2010. In the introduction to My First Time she explained its genesis: “Sometimes, for some reason, (women) don’t have a confidante to tell our story to and these are times where a woman can almost burst with the weight of her own story,” she wrote. “I began to feel there was a need for a space where women could share, a place where they knew they were not alone, and that there was someone out there who could share the experience.”

That “space”, Thorpe decided, would most logically be the online realm. And so she launched the My First Time blog, asking women to submit their stories. These could be on any topic, as long as they described a woman’s first experience of it. Today there are more than 200 stories on the blog, on subjects ranging from cancer to race to depression. The My First Time book, however, collects only stories relating to sexuality. “We’ve chosen to focus on sex and sexuality because, unfortunately, what can be one woman’s best part of her life can be another’s worst, and also because it’s the part that’s least spoken about,” Thorpe wrote in explanation.

The book represents an extremely worthy project, and reading it doesn’t in any way feel like some kind of virtuous slog. In fact, sometimes it feels downright voyeuristic, an impression heightened by the fact that many of the authors in the collection remain anonymous. Nameless confessions are one of the Internet’s major currencies, as evidenced by the popularity of the website Postsecret.com, where members of the public mail their secrets written on the back of a postcard to the website’s founder, who then posts them online. To see this kind of confessional writing in a published book feels more unusual, and there’s an undeniable frisson that comes with the intimacy of the register.

Despite the unifying theme of the book, “sex and sexuality” is interpreted pretty loosely, which allows for a happily diverse collection. Indeed, one of the strongest pieces – journalist Robyn Kriel’s My First Time in a War Zone – is eligible for thematic inclusion probably only by means of its mention of the author’s need for a tampon at one stage. But it’s a lovely story, in which Kriel chronicles how the time she spent in an all-male environment while covering the war in Afghanistan brought her to a new understanding of the importance of a female presence in her life. “I am a girl’s girl,” Kriel writes. “I wanted to gossip, to laugh, and to talk about how much my boobs hurt under the Kevlar.”

Kriel’s is a warm and funny piece, and many of the stories fall into this category. An astonishing story is told by a writer under the pen name Nicolettus-Stiffneckus (who read her piece aloud at the My First Time launch at Cape Town’s Open Book Festival last month and attested to its veracity). In My First Pregnancy Announcement, she relates how her tummy started to expand at the age of 17. Despite the fact that the writer was utterly sexually naïve, having never even held hands with a boy, when she visited the doctor to determine the cause of her expansion, he instantly diagnosed pregnancy.

She writes: “I recall my mother turning to me and asking ‘Are you pregnant?’ Just those three words and a look that could turn the sun into a wasted star. I said, ‘No!’, shocked that she could even think that. The doctor ignored me, and said quietly to my mother, ‘They always deny it, sometimes right up until the birth.’” After two inconclusive pregnancy tests she was taken to a specialist, who revealed the true cause: an ovarian cyst pulsing in a way that mimicked a baby’s heartbeat. “Since then I have only trusted female doctors; their bedside manners are so much more refined,” the story concludes.

Other stories swap slapstick or hilarity for joy: there are a number of extremely affirming Vagina Monologue-esque accounts of learning to love oneself or one’s body, coming to terms with one’s sexuality and having guilt-free sex. There are also romantic tales: of true love, or fleeting love that felt true, proved not to be, but is nonetheless remembered sweetly.

But this is South Africa, and in a country with sexual assault statistics like ours, you would expect a collection of this kind to represent those dark truths as well. My First Time does not shirk this responsibility. There are some devastating pieces. My First Experience of Sexual Assault tells of an anonymous writer’s 14 months of continuous sexual abuse at the age of 12. The most heartbreakingly powerful story in the whole collection, Larissa Klazinga’s My First Time Learning To Breathe Under Water, begins with a line which will haunt you for days: “My earliest memories are of sexual encounters with my father.”

As difficult as such accounts can be to read, the book’s great strength lies in precisely this: managing to capture a rich spectrum of sexual experience and opinion without glossing over the unpalatable, and without neglecting the rosy. Of course, some stories are better written, or more skilfully structured than others – but this is to be expected in a book representing the voices of ordinary women rather than professional writers. It is also what gives the book a real freshness.

My First Time is a brave, moving, compelling read. It should be a compulsory addition to the libraries of South African schools, because it’s easy to imagine that it might be a hugely helpful read for teenagers in particular (and not just girls – boys too). But it’s not a sex education handbook, or anything like it. They say you shouldn’t judge a book by its cover, but in this case the jacket tagline really sums up the contents with simple accuracy: “Stories on sex and sexuality, from women like you.” DM