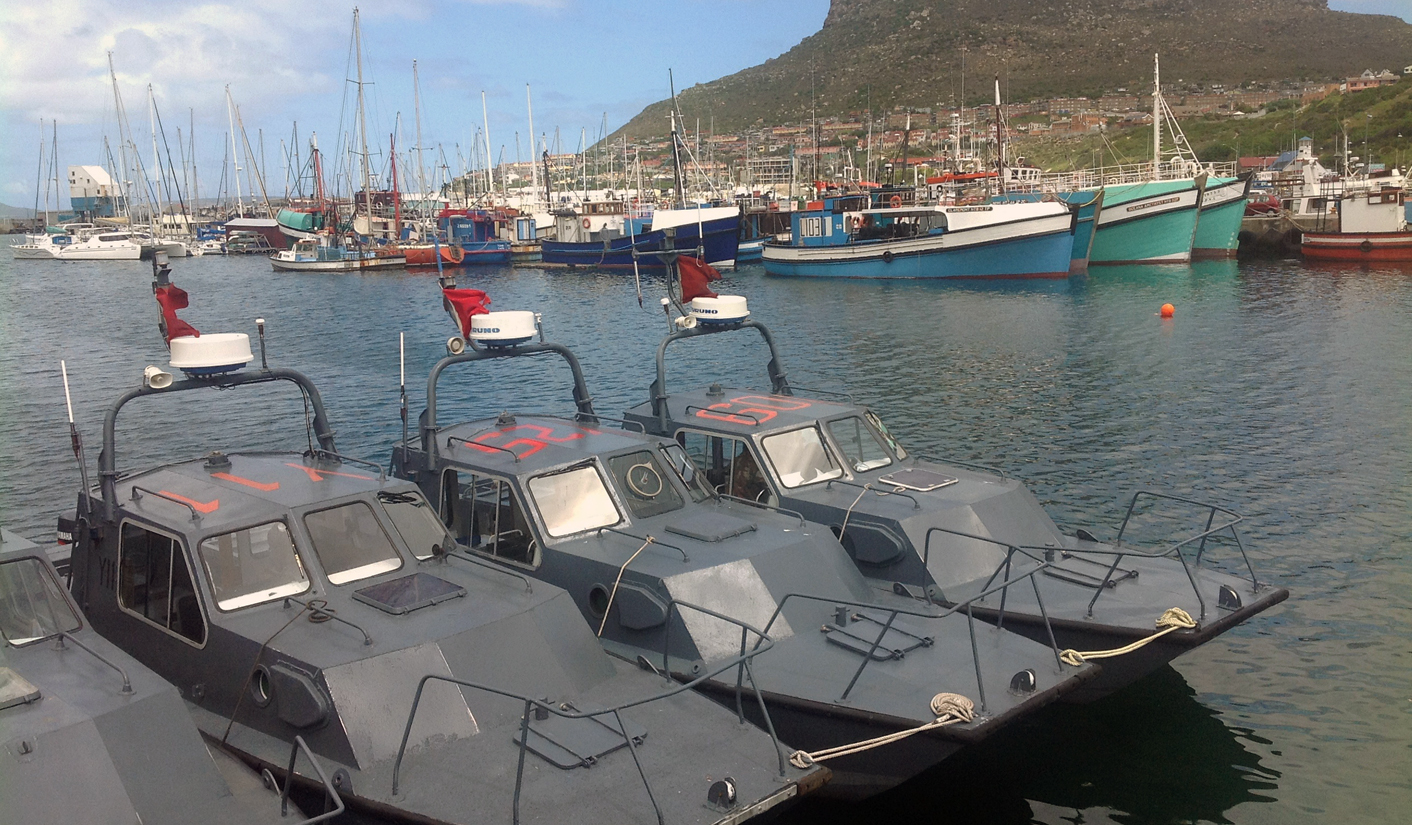 It was a sunny Sunday in Hout Bay, and all was at peace. Out at sea, though, it was a different story. A day previously, the prince of the local royal family had been extracted from the harbour for his own safety in an operation involving the SA Navy, Air Force and Special Forces, and soldiers were now battling the naval forces of Argentina, Brazil and Uruguay. By REBECCA DAVIS.

These events really did take place this past weekend. If you’re wondering why this wasn’t front page news, however, the ‘prince’ was a volunteer, and the battle was simulated. The drama surrounding the ‘prince’ was an exercise to practise rescuing a VIP from a non-naval harbour. It was all part of Exercise Atlasur IX, war games which take place between the navies of South Africa and the South American countries every two years. Atlasur was first held in 1993, and “laid the foundation for a combined maritime doctrine between the nations”, to quote Defenceweb.

Atlasur last took place in South America, so it was South Africa’s turn to host the foreign navies. The Uruguayan, Brazilian and Argentinian warships arrived in Simonstown Harbour on 24 September, after completing a journey of 4,000 sea miles. Once Atlasur IX is over, the Argentinian and Uruguayan sailors will depart, but there will be no rest for the others. They will then participate in the biannual Ibsamar exercise, which sees the South African and Brazilian navies joined by two Indian ships. These arrived in Durban last Thursday, but will sail to the Cape this week.

Unlike Atlasur, Ibsamar is always held in South African waters, but participating navies take it in turns to be the lead player. Two years ago that was South Africa’s role, and this year the Indian navy will step up. Ibsamar is a more recent development than Atlasur, having taken place only twice previously. It is organised by the Joint Work Group for Defence, which is one among 16 similar working groups involving India, Brazil and South Africa, which cooperate on a range of issues.

The war games happen more frequently than you might think: in March, for instance, the SA navy participated in Exercise Good Hope V, another military exercise which takes place with the German navy. The aim of these activities is to “increase interoperability, enhance military and diplomatic understanding and cooperation”, to quote the official line, though they also look at finding practical solutions to threats: Exercise Good Hope V focused on piracy, for instance. Ibsamar will focus on “visit-board-search-seize, anti-air and anti-submarine operations, apart from naval warfare manoeuvres such as fuelling in mid sea”.

And, of course, there’s a social dimension to it all. The first three nights of the Atlasur exercises were devoted to cocktail functions held on board each ship in turn, in order to help “the various countries to understand each other on a more personal level” and allow “officers and sailors to deliberate and strategise for the exercises ahead of time in a more relaxed atmosphere”, to quote a naval blog.

Among the vessels taking part in both Atlasur and Ibsamar is SA Navy submarine SAS Queen Modjadji. This news will come as a relief to some, since she is newly repaired after withstanding a “fender bender” of an accident in July, which saw her hit the seabed during a training exercise. Freedom Front politician Pieter Groenewald said at the time that the incident was indicative of “negligence and poor training”.

It has also recently been alleged that there is no money available within the SANDF for the proper maintenance of navy frigates – part of a wider financial crisis. This year’s Exercise Good Hope V also had to be scaled back owing to financial issues. Following a national defence review last month, The Times reported that the SANDF was “on the verge of collapse”, with its current budget of R37 billion being both inadequate and poorly spent, with too little being earmarked for equipment and training.

Part of the problem is that the SANDF is currently being overstretched by its international commitments, with 2,000 troops in the DRC and Sudan and a navy frigate in the Mozambican channel to combat piracy. Former naval chief of staff Chris Bennett was also quoted as saying that too many members of the navy’s technical staff were being poached by other industries and foreign militaries. University of the Western Cape’s Professor Renfrew Christie suggested that the only answer lay in increasing the SANDF’s budget: “We spend 1% of our gross national product on defence. We need a military capable of looking after our country with the time now coming to increase spending to 2% of GDP.”

Not everyone was convinced. In response to these arguments, the Ceasefire Campaign’s Laura Pollecutt hit back, saying that an increased budget was not inevitable because South Africa could set its own limits on what involvement it wished to have in peace missions on the continent and elsewhere. “Recent events have shown how human security should be our main concern,” she wrote. “Funding must be used to address the poverty and inequality in our society before we spend more money beefing up a defence force when there is no external enemy.”

There is also the fact that defence spending, and talk of the need to modernise defence equipment, is probably doomed to be greeted with scepticism by the South African public for as long as memories of 1999’s arms deal linger in the imagination. The very mention of the word “corvette” causes hackles to rise in many circles.

This year, it was notable that some of Atlasur’s events were, for the first time, made public for viewing. This is undoubtedly because the SANDF could really use some decent, family-friendly PR: aside from their funding woes, they’ve had a bit of a sticky time of it lately. Last month it was alleged that SANDF weapons were increasingly finding their way to crime syndicates, either through theft or through soldiers “losing” them. The FF’s Groenewald, again, was all over it: accusing Defence Minister Nosiviwe Mapisa-Nqakula in parliament of presiding over a system characterised by “poor management and poor discipline in the control of firearms”.

Then there was Julius Malema’s meeting with disgruntled soldiers in Lenasia, where he capitalised on grievances that included the suspension of soldiers for protesting at the Union Buildings in 2009. Even though only around 60 soldiers turned out to the Lenasia Recreation Centre to meet with Malema, the incident did not do much to dispel the perception of a restless, underpaid, dissatisfied defence force. At the time, SANDF Brigadier General Xolani Mabanga sternly reminded Malema that the force was “an institution where the highest standards of discipline are expected”. That doesn’t square easily with their members’ careless approach to holding on to their weapons.

Nonetheless, this year the Department of Defence received its first clean audit in 18 years, without any qualifications. Former minister Lindiwe Sisulu, who had made this goal a major priority during her tenure, said that “today the SANDF has better internal controls, better financial systems and the culture of management finance has changed”. And if that doesn’t cheer you up, why not take the family to watch one of the war game manoeuvres? DM