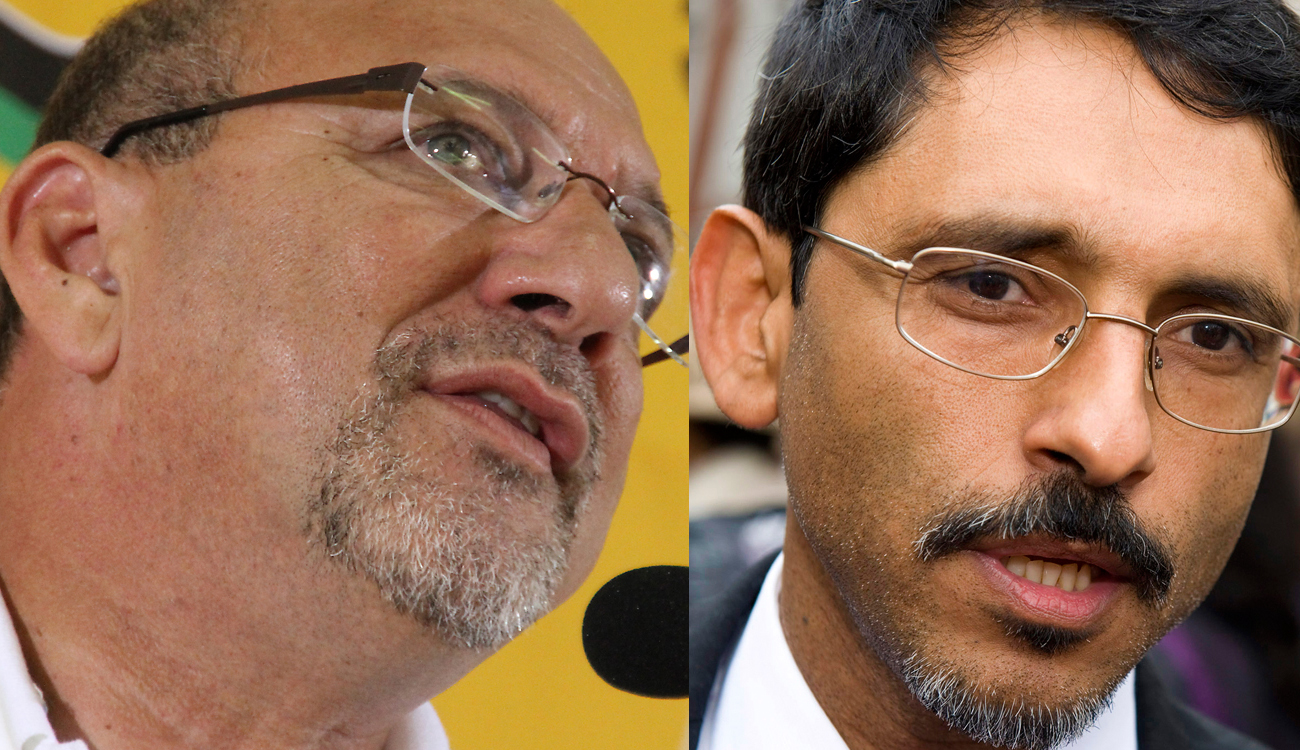 Reluctance to take a stance on controversial issues has made convincing Cosatu of anything less important than it ever was. Trevor Manuel and Ebrahim Patel may have made spirited presentations to its congress, but neither succeeded in galvanising the audience. No matter. The real battle will be at Mangaung. By SIPHO HLONGWANE.

It’s often very difficult to understand the point of some of the things that get onto the programme during political congresses. Who can forget Clint Eastwood’s curmudgeonly appearance at the Republican National Convention? He spent 12 minutes ranting at an empty chair in a performance that left more than one person wondering how the Hollywood legend is being allowed to wander about unsupervised. Whose idea was it to allow the old man a turn on the podium?

When asked later by Extra TV, Eastwood growled, “If somebody’s dumb enough to ask me to go to a political convention and say something, they’re gonna have to take what they get.”

Wednesday afternoon at the elective conference of Cosatu was a decidedly more serious affair than that day at the RNC, but you wouldn’t have been able to tell by the reaction of the delegates. Planning Minister Trevor Manuel and Economic Development Minister Ebrahim Patel were on the programme to speak, and perhaps the federation’s Central Executive Committee should have invited Leon Schuster or that old man from The Wild and the OUTsurance ads to shout at a chair instead.

Manuel was there to sell – once more – his commission’s National Development Plan to the delegates. Patel was there to explain what his department had done, namely by outlining what the New Growth Path was about, and then claiming most of the country’s economic successes in the last two years as his own.

What we saw, essentially, was a rather crucial ideological battle playing out. On the one hand, the planning minister swung for a more laissez-faire approach to the economy. The NDP has set targets for the next 20 to 30 years and plans to reach them by plugging the gaping holes in infrastructure spending, resource allocation and administration. The idea is that if we create the correct environment and get the buy-in of society in its entirety, we will achieve a country that maximises opportunity for all people.

The NGP is a more hands-on approach. It demands that the government set job targets as its primary objective. The growth path targets 5-million new jobs by 2020. It identifies eight economic sectors as key: infrastructure; the mining value chain, including beneficiation; agriculture, agro-processing and rural development; manufacturing; the green economy; tourism; the creative industries and high-level services.

Of course, the problem is the 6.8 million jobless South Africans.

On one level, Patel and Manuel seem to be singing from the same hymn sheet. They both identify the same three problems (unemployment, inequality and poverty) as the main problems facing the country. They both think infrastructure investment and a re-industrialisation of the country is absolutely crucial. Patel’s job description and scope is slightly narrower than Manuel’s – but it goes beyond that.

Of the two men, it was Manuel who faced the tougher test. He still needs to sell the NDP to the whole country. It has been adopted by the ANC, the national cabinet and even the Democratic Alliance in the Western Cape – but Cosatu hasn’t embraced it yet. The very existence of Patel’s ministry is a sign that Manuel was always on the back foot among unionists.

The Economic Development Ministry was formed to ensure that the main economic thrust is jobs-centred, rather than “neo-liberal”, economic growth in response to the 10 years preceding the Zuma administration, in which a certain Manuel, as finance minister, oversaw the implementation of a growth-biased government policy.

Still, it feels like he and Patel might not have bothered. While the delegates debated all the documents and positions put before them, the real fireworks fizzled out on the first day, when Cosatu President S’dumo Dlamini and General Secretary Zwelinzima Vavi were re-elected unopposed. The move was made to prevent a rift in the federation, which would have split the unions along lines of factional support in the African National Congress. In truth, the Cosatu congress is nothing more than a small blip on the road to Mangaung. Its reluctance to pick sides for or against Zuma meant its own congress would be a formality rather than a forum where anything is decided.

Indeed, many of the meatier or more controversial decisions were deferred to the federation’s Central Executive Committee. In unionist speak, it’s another way of saying that showing a unified front is far more important than actually forcing delegates to take a position and therefore risk controversy.

In a sense, convincing Cosatu of anything has become less important than it once was. Manuel could have just as well not pitched up. Patel too, in fact. The real battle of personalities (or ideas, if you like) will happen in Mangaung. DM