Debt traps, the silent killers of the SA’s vulnerable 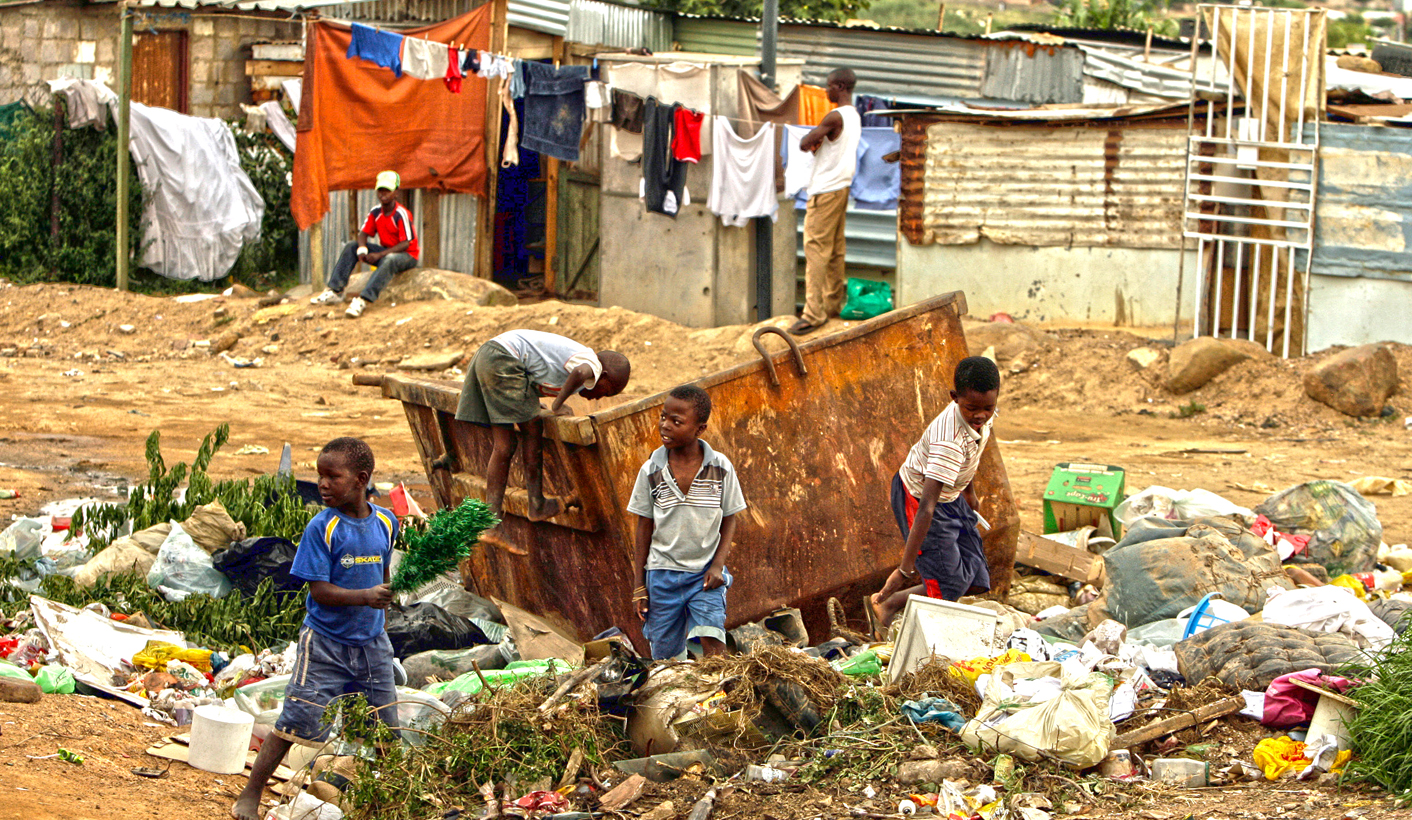 Banks are under pressure, and with the housing market pretty much dead, they’re looking at new consumer markets for some of their highest-interest credit products. They’re finding these markets among South Africa’s poor, who are being charged the maximum interest rates allowed on unsecured loans. And if the banks won’t lend money there’s always a stokvel or neighbour who’ll help by giving out loans with interest rates that are just as punishing. By MANDY DE WAAL.

“Baby, I am so sorry. I owe many people some money and I don’t have that kind of cash to pay them.” Those are among the final words written by 22-year-old Happiness Mbedzi shortly before she killed herself in Diepsloot, the sprawling informal settlement north of Johannesburg. In the suicide note Mbedzi left behind for her partner, Ephraim Mudau, she listed all the people she owed funds to, alongside the amount of money outstanding. The total came to R3,320.

Just before the weekend, Mbedzi borrowed money to go to the local store in Diepsloot to buy rat poison. A couple who were walking their dogs and going to fetch firewood found her body later that same day, laying face down in the township’s extension 13. The suicide note was found next to Mbedzi’s body, together with the telephone numbers of her next of kin.

A relative said the day before she died people had come looking for Mbedzi to get money she owed them. “Debt is a big problem because we have such a huge unemployment rate in Diepsloot,” said Golden Mtika, a journalist for Daily Sun who broke the news of Mbedzi’s suicide.

“In most cases, you will find young women selling their bodies to be prostitutes, while the young men resort to criminal activities,” said Mtika, adding that he has never heard of people in Diepsloot going for debt counselling or getting help with dealing with indebtedness.

“The counselling of people in Diepsloot is unusual. I have never come across anyone who has been to an institute for counselling for any kind of problem, particularly not for money problems. There is nowhere people can turn to for help if they are indebted,” the journalist said.

This, despite the fact that South Africans owe some R1.3-trillion in consumer debt, according to Rajeen Devpruth, manager of statistics at the National Credit Regulator. Devpruth said the figure included all outstanding debt balances including mortgages, vehicle finance and unsecured loans.

Devpruth said the global housing market is dead, so credit providers are looking to other markets to make their money. By giving all these unsecured loans, credit providers are pricing for risk. Offering loans to vulnerable people means banks have to build the cost of potential losses into their products. Last year some R84-billion worth of unsecured loans were issued to consumers.

Stephen Logan, a credit law expert and authority on the National Credit Act, said because of extreme credit demand an increasing number of credit providers are getting into unsecured lending. “The large banks didn’t play in unsecured lending before; this was primarily the domain of African Bank and Capitec,” he said.

“The margins in unsecured personal lending are huge, while the margins in banking products like credit cards, overdrafts, home loans and even asset-based finance like car finance have much smaller margins and consequently less profit,” Logan added.

Unsecured loans can bear a marginal, or top, rate of 31% annually as stipulated by the National Credit Act, and credit providers supplement this income by selling credit life insurance to consumers even on smallish loans.

“There’s been a huge boom in unsecured lending, and currently between 8% and 9% of total credit is in unsecured lending which is massive compared to years ago when it was 2% or 3%. Most credit providers lend at the top rate, while half of all credit active consumers, or about 47%, are credit impaired,” he said.

“But what consumers aren’t usually aware of is that a significant amount of money goes into the cost of the loan. Unfortunately consumers mostly look at the cost of the instalment or repayment, and not the entire cost of credit and generally don’t shop around for credit. But the fundamental problem is that the rate is so very high. It is not a sustainable or affordable rate, and people who borrow money at this rate don’t understand that this cost of borrowing isn’t sustainable,” Logan cautioned.

“What people don’t know is that they are borrowing at a rate that easily gets them into a debt spiral. As soon as you borrow at those kinds of costs you undermine your affordability and ability to pay back,” he said, adding that if people had financial education they would understand the massive margins banks are making on these types of loans.

“Once you add the initiation costs of these loans and life insurance, the effective or real interest rate is a lot closer to 40%. How is that supposed to offer meaningful help to vulnerable people? The banks’ argument is that these loans are used to build up assets, but what class of asset can give you a return of 31% or more? There is no asset class in South Africa that grows at this level, so these loans just eat away at whatever wealth one has and impoverishes people,” said Logan, who added that the banks are the only winners in this scenario.

In places like Diepsloot, where two thirds of the youth are unemployed, an unsecured loan for as little as R250 at Absa could seem like a good idea for cash-strapped residents who need to make ends meet. But steep interest rates make it virtually impossible for vulnerable people to pay back these loans. Other options are to borrow funds from a stokvel or a neighbour, but these come with interest rates that are just as punishing as those from banks.

Then there’s the problem that often people who are caught in a debt spiral, like Mbedzi, don’t know where or how to get help. “If I had told u the truth, u were going to be angry with me—so I decided to kill myself,” Mbedzi wrote in her suicide note before saying she didn’t know of anyone who could help her with her debt problem.

While it may be seen as a really good business to be in right now, unsecured lending at unsustainable rates could prove to be a perpetual engine for a new apartheid to split this country: the indebted many vs the moneyed few.  Can South Africa really afford it? DM