Analysis: Dear Mr Zuma & the ANC, how long do you need?

Analysis: Dear Mr Zuma & the ANC, how long do you need? 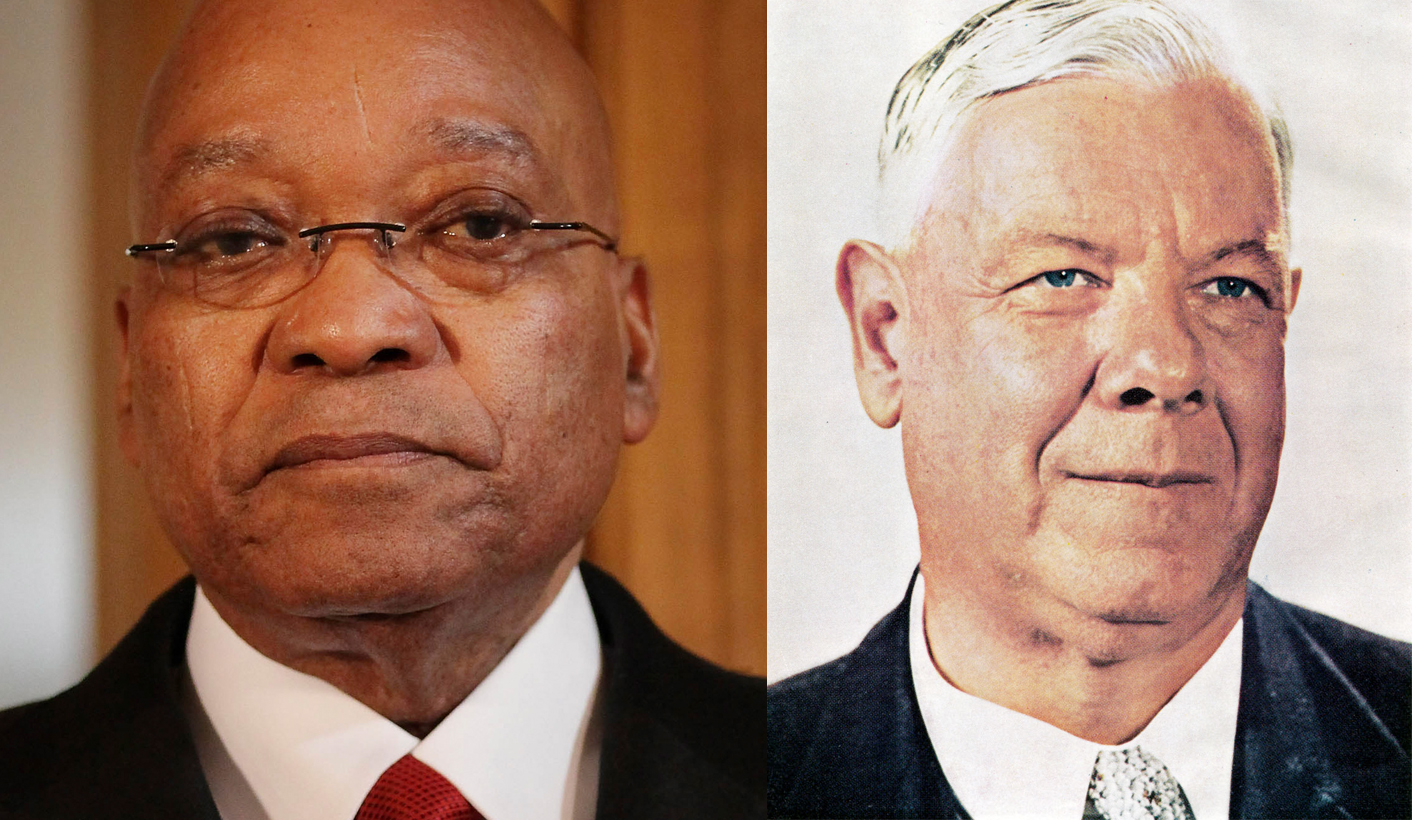 Interviewed on Talk Radio 702 earlier this week, President Jacob Zuma laid the blame for the country’s latest education crisis firmly at the feet of apartheid’a architect, Hendrik Verwoerd. A claim as ridiculous as that almost doesn't warrant the debate. But CHRIS GIBBONS feels there are a few historic examples that emphatically consign the president's statement to intellectual oblivion.

Education is a problem of centuries, President Zuma told listeners on the Redi Tlhabi Show on Monday morning, implying that something so deep-rooted would take as long to fix. Because he’s the president, he’s probably hoping people will take him at face value. Of course, if they do, we’ll all be dead long before we know if he’s right or wrong.

The evidence of centuries, particularly the last two, suggests that Zuma is completely wrong, at least when it comes to fixing the problem. Unfortunately, the same evidence also forces us to confront executive responsibility and ask the question: “How long are you given to fix a problem before you need to be replaced?”

Starting in the private sector, the first milestone comes at 100 days. It’s arbitrary and designed to grab headlines, but it also has a wonderful habit of focusing the mind. The new CEO is given that amount of time and space to get to know the company, formulate direction, change team members and flush out as much financial damage as can decently be crammed into one set of accounts. Shortly after the first 100 days, the same CEO meets analysts and the board to report on progress and plans.

If the accounts haven’t yet been published, they soon will be and wise old heads nod as they see that, yes, there are the write-downs and the once-offs, the financial detritus from the previous shipwreck. From this moment on, however, everything has to start moving up or the new CEO will be in the same position as his or her predecessor: under pressure and on the way out. Time span for a private sector turnaround? Two years, maybe three if it’s particularly difficult.

In the public sector, it’s not dissimilar. US presidents are also held to the 100-day rule and three years into their allotted time span they’re either running for re-election or musing about their legacies. Don’t forget that, in the US, when the president changes, so too do some 5,000 senior officials. It’s not ideal, it puts immense pressure on everyone, but by and large it works.

History also serves as a good point of reference. Hitler rebuilt post-Versailles Germany in the 1930s very swiftly and effectively. That’s not to admire in any way the eventual horrific outcome of that process, merely to note that it’s possible. Where there’s a will – even an evil one – there’s a way. In that same era, the post-Pearl Harbor United States moved with incredible speed to ramp up its war machine. In less than four years, it had built the world’s biggest war machine and an atomic bomb. Britain, too, moved with great purpose and determination post-Dunkirk. The prospect of annihilation concentrates the mind wonderfully.

A feat of similar – perhaps even greater – magnitude took place in France in the early 1800s. Napoleon Bonaparte seized power in the coup of Brumaire (November 1799) and saw an urgent need to bring an end to the revolutionary period that had gripped France for the previous decade. He rapidly assembled a group of ministers and functionaries. Over the next four years – the period known as the Consulate – Bonaparte and his team redesigned France from top to bottom. Laws were re-written, policing, education, tax collection re-designed, even the way France is split into départements and how those departments are run was put in place.

It was perhaps the most radical and rapid restructuring of a country ever seen. Cabinet and committee meetings ran regularly to 3am and Bonaparte would be back at work early the next morning. His officials complained bitterly about the hours and the workload, but the job was done.  No internet or telephones back then – everything was written by hand. Much of that Napoleonic structure remains in place in France to this day – especially in the area of education.

Amidst all of this, Napoleon found time to fight and win some major battles, work out a short-lived peace treaty with the hated English, suppress a rebellion, service several mistresses and concoct a scheme to have himself declared Emperor. His story does not have a happy ending, but that’s a different subject. But it shows what can be done under a determined, effective leader.

Part of Napoleon’s battlefield genius was his awareness of time. Certainly in the early part of his career he was almost always able to move faster than his opponents, catching them off guard again and again. He applied this technique to the re-design of France during the Consulate. If you couldn’t keep up with him, if you weren’t smart enough, you were discarded. A suggestion that a problem in a government department was not fixable after a mere 18 years in power would have been treated with withering contempt. The person making such a remark would have been instantly re-assigned to some obscure or out-of-the-way part of France, where such imbecility could do no further harm. Napoleon did not suffer fools gladly and held everyone – but most especially his generals – to high standards of performance and accountability.

Three more modern examples present themselves as evidence: Japan, South Korea and China. All were turned into modern, highly productive and effective states in less than 30 years. All placed – and still place – special emphasis on education.

The final piece of evidence, however, against President Zuma’s contention comes from within his own government. It’s not the often-cited performance of SARS, admirable though that is. It is the speed with which he and the health ministry acted once the lunatic twins of Thabo Mbeki and Manto Tshabalala-Msimang were despatched, clutching their bizarre theories on HIV/Aids. Almost immediately, policy on antiretrovirals was changed, distribution and delivery speed increased and education levels ramped up. A special focus was placed on mother-to-child transmission, which figures released this month show to have declined dramatically. It’s a very clear example of straightforward leadership and equally simple execution – exactly what is needed in the educational arena and what is not happening.

No one needs 18 years to fix the problems in our education system, not even Jacob Zuma. To pretend otherwise, to blame Hendrik Verwoerd, is to feed us the educational equivalent of garlic and African potatoes. Treat his claim with the same level of scorn. DM