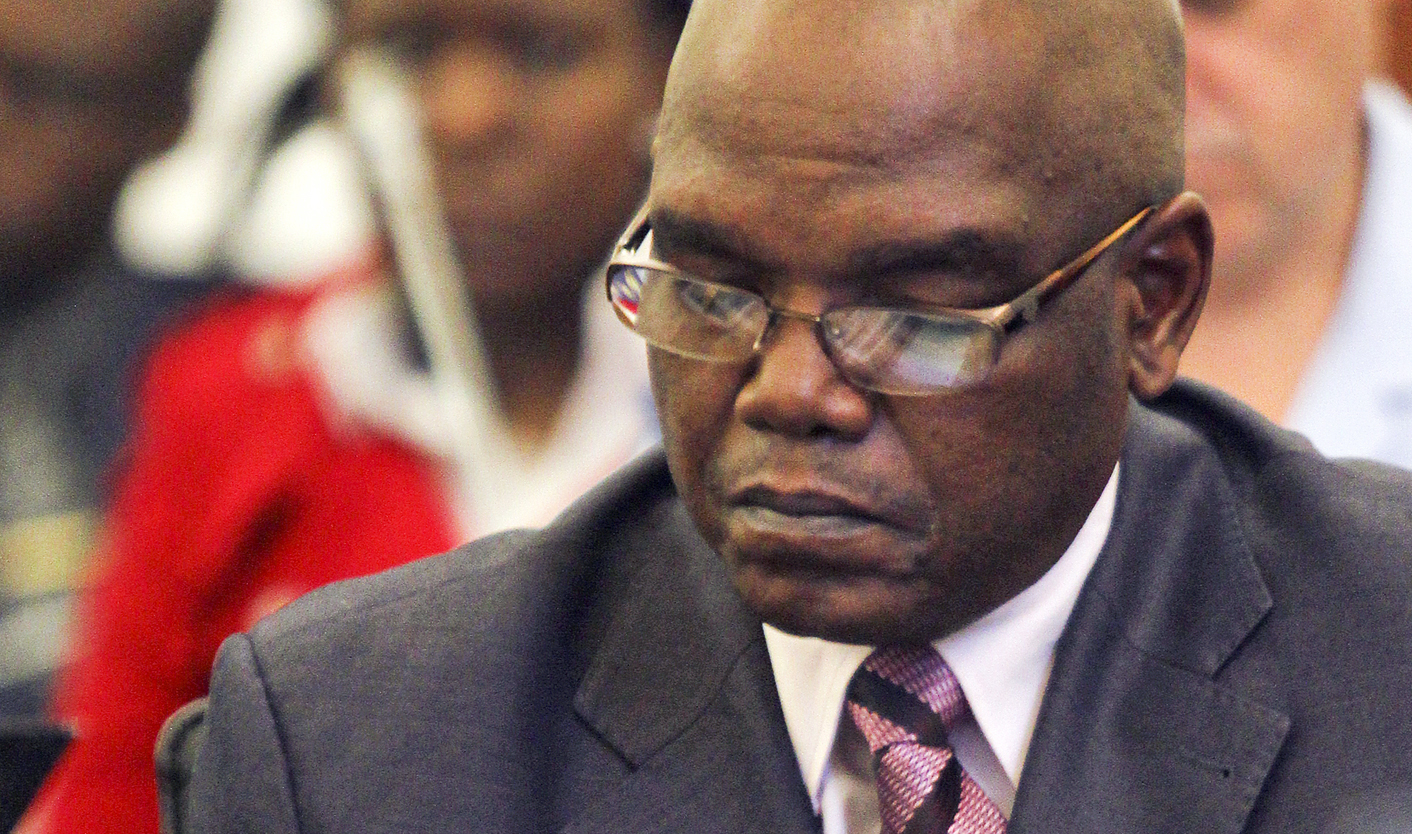 Glynnis Breytenbach returned to the Johannesburg labour court on Wednesday to hear the judgment on her application to overturn her suspension from the National Prosecuting Authority. She’s not returning to work just yet but her case and her mission to nail Richard Mdluli is far from over. By GREG NICOLSON.

Wearing her favourite colours of purple and black, Breytenbach listened in the front row of the gallery as Judge Hamilton Cele read selections from his 21-page judgment. Most of it was consumed with details of the case for which the NPA claims they suspended the regional head of the specialised commercial crimes unit.

Since serving the notice the NPA has maintained that Breytenbach’s suspension related to her handling of the disputed mining rights in Sishen. Imperial Crown Trading and rival Kumba were engaged in an ugly battle fought out in multiple court cases and Breytenbach was forced to withdraw from investigating the case after a complaint from Imperial. The NPA told the labour court it started the suspension process late in 2011, but only began to implement it in February and then April this year, which coincided with the advocate’s determination to pin former crime intelligence chief Richard Mdluli.

Only a week before Breytenbach was suspended she had reportedly told NPA bosses she would go to court to challenge the decision to drop charges of fraud and corruption against Mdluli. The case was too strong not to prosecute, she believed. Analysts in the know said they had heard certain charges were a “slam dunk”.

After Mdluli was reinstated as head of one of the police’s most powerful divisions, police minister Nathi Mthethwa seemed determined at all costs to keep him there. The matter caused a public furore. But despite all evidence suggesting Mdluli is a crook, Mthethwa launched an inquiry into Mdluli’s claims that senior officials were conspiring against him. It later proved no conspiracy occurred.

After Breytenbach was suspended she revealed multiple attempts to intimidate her during April, as public scrutiny homed in on the reappointment of Mdluli. Her car was allegedly shot at and motorbikes had tried to force her off the road while driving. Along with Freedom Under Law, which won an urgent interdict preventing Mdluli from doing police work until his disciplinary hearing is completed and charges against him reviewed, Breytenbach became a champion of the cause to hold the powerful to account.

Her labour court application depended largely on her claim that the NPA and its acting head, Nomgcobo Jiba, had “ulterior motives” in suspending her. She “contended she was suspended to protect lieutenant Richard Mdluli,” said Judge Cele.

Jiba and the NPA called her claims “scandalous, vexatious and irrelevant”. They said if the court allows her claims regarding Mdluli to be included, it would result in “severe prejudice”. They said Breytenbach brought in the argument to divert attention from her actions in the mining rights case.

But Judge Cele found too many holes in the NPA’s explanation of why it waited until the end of April to suspend her. Seemingly, top NPA officials discussed her suspension in November and February without acting or informing Breytenbach of the charges. When Jiba finally signed a letter of suspension, it wasn’t sent until a week later.

“When the totality of these facts are seen together, they create serious doubt on the probabilities of the explanation proffered by the (NPA),” said Cele. On that basis, the Mdluli argument was not struck out of the application.

Nevertheless Breytenbach won’t be returning to work. The court ruled that “the applicant has not shown the existence of any extraordinary or compelling, urgent circumstances to justify a final declaration of the unlawfulness of her suspension.” Basically, Cele said the labour court doesn’t have jurisdiction over the matter, even if it is unlawful. It should have been referred to the Bargaining Council.

“There are reasonable prospects that if the disciplinary hearing against her is persisted with, it will be finalised within a reasonable time period. If not, she may refer an unfair labour practice,” said Cele.

Breytenbach might have lost her bid to be reinstated, but will take solace in some of the details. Judge Cele cautioned that dismissing a key figure in the inquiry into Mdluli, ordered by the North Gauteng High Court, could hinder the process. “If she is found guilty and dismissed, she will be handicapped from utilising the tools of the trade that she might need in these investigations. The justice sought to be striven for in the matter of General Mdluli would have been seriously compromised.”

The judge’s last words are telling: “No costs order is made.” That gives the impression that, although the court dismissed her application on a technicality, Cele agreed with Breytenbach. She seemed happy leaving the court, having lost the battle but earning respect for her war: nailing Mdluli.

But Breytenbach faces another hurdle next week as her NPA disciplinary hearing resumes. Extraordinarily, media access to the process, which was won in the public interest, has been revoked. Media24 goes to court this week to regain entry. One can only hope it wins. If not, don’t expect to get the same explanation we received from the labour court. DM