Public sector unions and government set on a collision course 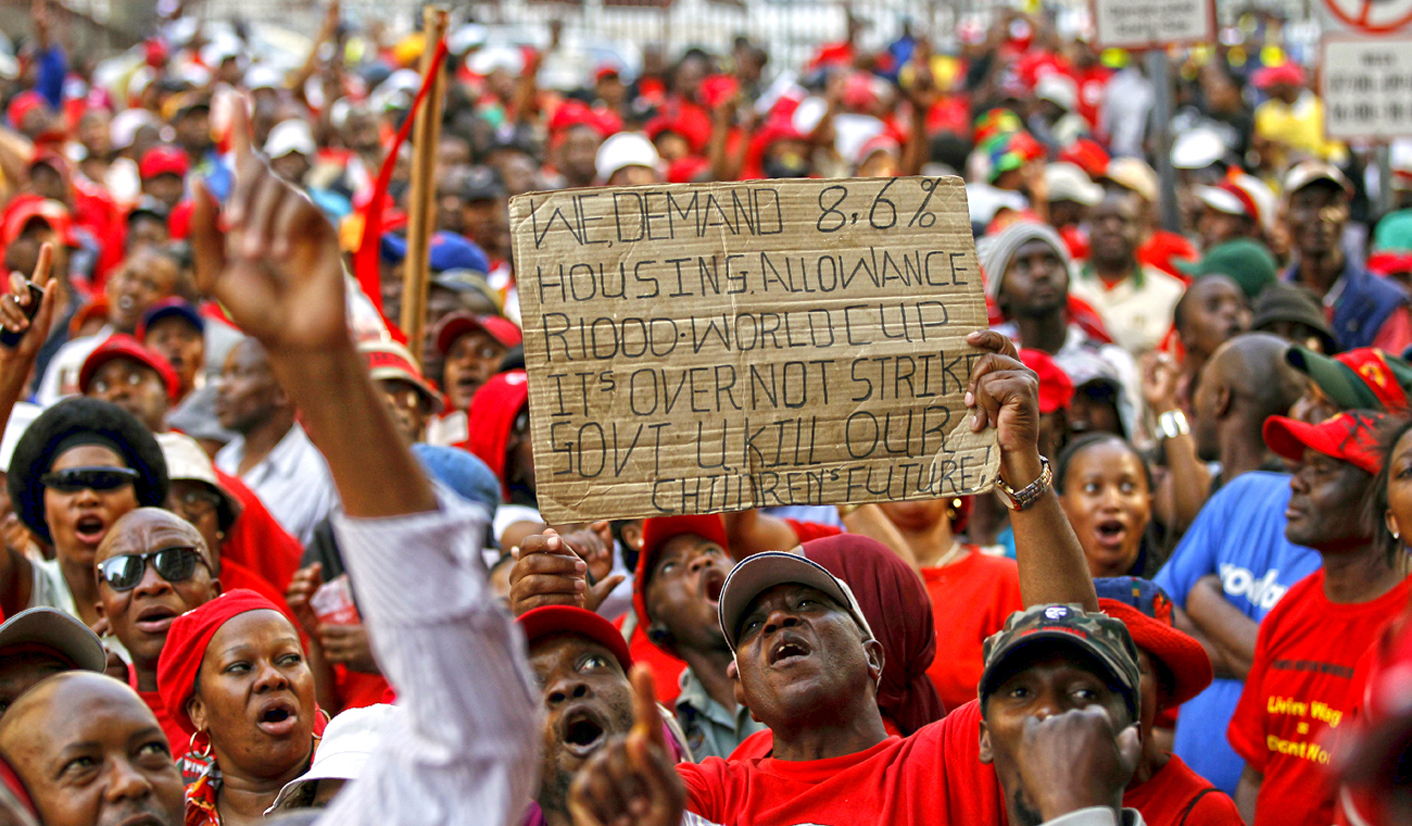 Public sector unions have rejected government’s final wage offer and given the state until Wednesday to up the proposed increase of 6.5% and the housing allowance of R900.The public sector wage negotiations for this year, ongoing since February, reached a deadlock in May and subsequent facilitation processes have been unable to resolve the impasse.

Before the deadlock, unions climbed down from their initial demand of a 10% increase and a R1,650 housing allowance to stand firm at 8% and R1,500 respectively. This amount, however, is still far above the 5% cost-of-living adjustment that finance minister Pravin Gordhan earlier this year said the country could afford.

The state had given unions until Thursday to consult their members and accept the offer, failing which a dispute would be declared.This gave the state the power to impose a lock-out should no agreement be reached, Chris Kloppers, chairman of the Independent Labour Caucus, said. He interpreted the move as unnecessarily aggressive.

Kloppers saw no reason why the wage offer can’t settle at the midway point of 7.25%. He also said the offer states that the R900 housing allowance, R100 more than the current, would fall away in September, to be replaced by a subsidy from the government employee housing subsidy scheme.

“We did calculations and this would only benefit those in salary levels 1 to 3. It would in effect be a decrease for everybody else. We can’t ask our members for a mandate like this,” Kloppers said.

When asked if those in salary levels 1 to 3 (earning approximately R55,000 to R85,000 per year) were not the ones who needed it most, Kloppers said the unions negotiate for all their members, as a group. Members cannot be asked to give up their housing allowance, Kloppers said.

A further point of contention was government’s attempt to lock unions into a three-year agreement, until the 2014/15 financial year. The unions want to settle on a one-year agreement, giving them the power to enter into further negotiations next year.

According to national treasury’s inflation projections, CPI will hover around the 5.4% mark for the next three years, but unions, demanding a “real” increase, said the current offer represents nothing more than a cost-of-living adjustment. They further argued that agreeing to be locked into a three-year wage deal would be an imprudent move for their members, considering the uncertainty surrounding the “global crisis of capitalism” and the rand’s volatility.

“This implies that government will not be able to meet its priorities, like infrastructure spending and poverty-alleviation initiatives, without borrowing for recurring expenses, such as wages,” the draft offer said.

The offer also added that “satisfactory performers” would receive further increases, over and above the 6.5%, in accordance with the resolutions signed in the sectors.

With the offer rejected, government finds itself in a difficult place and has few alternatives. A repeat of the 2010 public sector strike, which brought teaching to a halt shortly before the matric exams and saw volunteers helping out at hospitals as staff downed tools, would be devastating. The strike was estimated to have cost the economy R1-billion a day before President Jacob Zuma intervened, sending parties back to the negotiating table.

Kloppers said unions remain available to negotiate. He said he did not want to pre-empt what will happen on Wednesday should an improved offer not be forthcoming. DM