SpearGate: What will be argued before the court 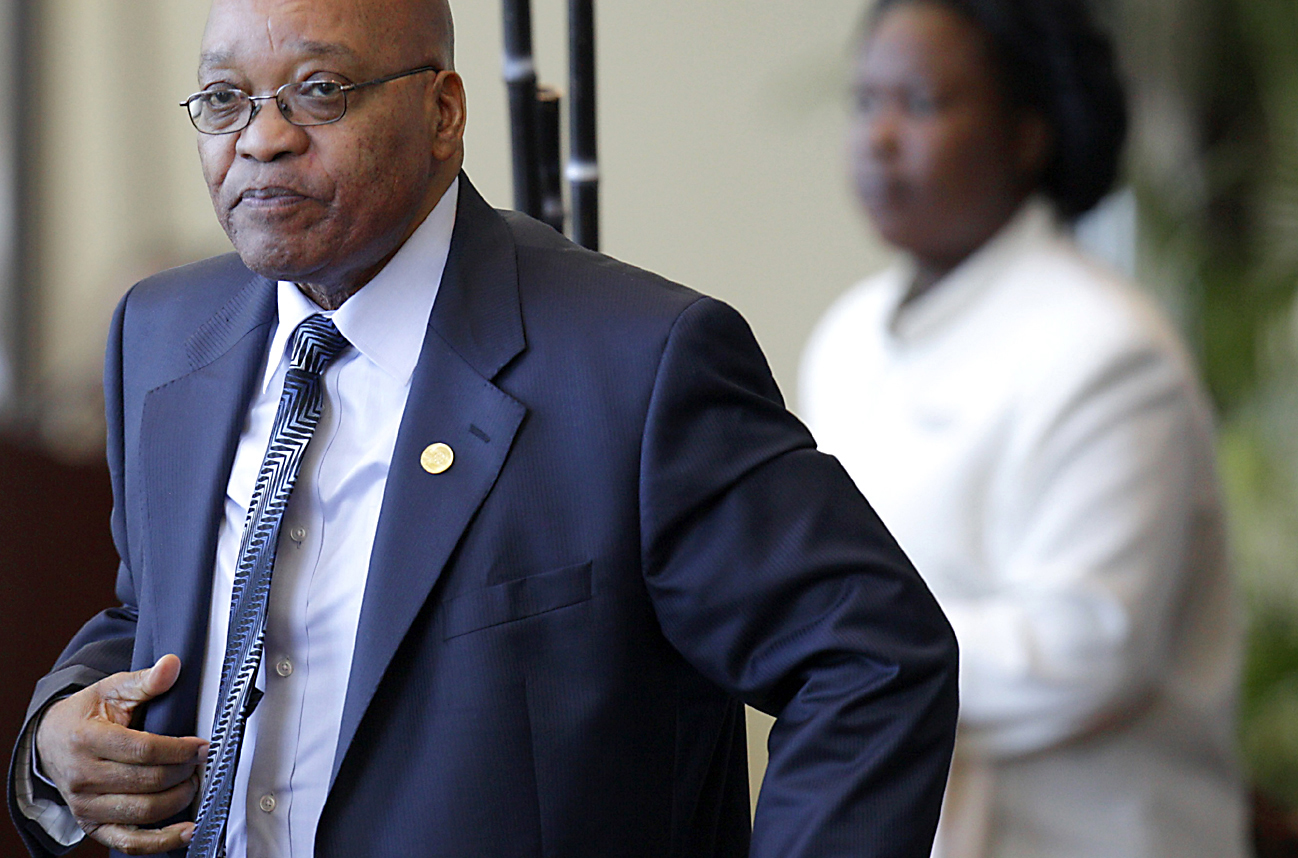 On Thursday, a full bench of the South Gauteng High Court will hear an urgent application to have The Spear removed from the Goodman Gallery and from the City Press website. Zuma will argue that his constitutional right to dignity and the right to privacy have been impugned, while the gallery and City Press will argue for artistic expression. The defacing of the painting and its subsequent removal from the gallery is beside the point at this stage.

On Thursday, President Jacob Zuma’s lawyers will argue before the High Court that there is an urgent need for it to declare that the continued display of The Spear in the Goodman Gallery is a violation of the president’s right to privacy and dignity.

According to Zuma’s founding affidavit, the intention of the painting is to create a harmful impression of him on the country.

“As president of the ANC the continued display of the portrait constitutes a continued violation of the ANC’s right to dignity,” the founding affidavit says. “The continued display of the portrait is manifestly serious and has the effect of impugning my dignity in the eyes of all who see it. In particular, the portrait depicts me in a manner that suggests that I am a philanderer, a womanizer and one with no respect. It is an undignified depiction of my personality and seeks to create doubt about my personality in the eyes of my fellow citizens, family and children.”

The affidavit then describes how ANC spokesman Jackson Mthembu was made aware of the painting, and after verifying its existence for himself, he contacted Zuma’s office to pass the news on. Upon seeing his likeness depicted in this fashion, Zuma says he was “shocked and felt personally violated and offended”.

The ANC also takes exception to The Spear, the affidavit avers, as it suggests that its president is responsible for “abuses of power, corruption and political dumbness”.

The minister of justice, Jeff Radebe, is reportedly going to open a criminal case of crimen injuria, upon the president’s instruction.

In her answering affidavit, Goodman Gallery director Liza Nicole Essers says her gallery has been a neutral space that “embraces the voice of dissent, presenting work that confronts the contemporary socio-political climate”. The gallery’s focus is described as being “cultural activism” and bringing local artists to the world’s attention.

Thus, Brett Murray’s work is described as being typical of the gallery’s mandate.

“The Goodman Gallery encourages artists to express themselves in their own unique ways, which can include showing work that challenges the status quo, ignites dialogue and shifts consciousness – thereby engaging the viewers. This is legitimate artistic expression. Whether viewers are sympathetic or critical of the work is irrelevant to the value of the work on display. Indeed the point of display is to permit a multiplicity of views and responses that reflect different people’s assessment of an artist’s work, to stimulate dialogue,” the gallery affidavit says.

Essers then says she respects Zuma’s right to have any opinion of the painting, which may well be outrage, but cannot align the gallery to any one view. “I want to protect the space for the debate that is the life-blood of the Goodman Gallery,” she says in the document submitted to court.

The point of Hail to the Thief II, Murray’s exhibition of which The Spear is a part, is to extend the debate on power, sex and patriarchy in our society.

Essers states that even if the painting would be taken down in the gallery, it has been so widely distributed via electronic media that anyone with an internet connection can see it anyway.

Then there is an eyebrow-raising titbit: arts and culture minister Paul Mashatile was supposed to have seen the exhibition on 15 May, but never did because of a delayed flight. So according to the gallery’s affidavit, the ANC was aware of the exhibition because of the invitation to Mashatile.

City Press, the third respondent in the case, said it would argue that there is no basis or precedent in law for a blanket ban of a work of art, no ban could be enforced because the image has been reproduced by numerous news organisations in South Africa and around the world, and that the newspaper’s publication of the image was lawful.

“The publication of the painting by City Press is relevant, honest and not malicious. It is made in the context of an art review covering an exhibition of political art of a kind rarely seen in South Africa since the advent of democracy,” the papers’ document says.

It will also argue that politicians should be tougher when it comes to public scrutiny. “Politicians knowingly lay themselves open to close scrutiny and forthright criticism by both journalists and the public at large, and consequently ought to display a greater degree of tolerance,” City Press says.

Duduzile Zuma-Sambudla has also filed papers on behalf of Zuma’s children – she being one of them – saying they support the application to have the Goodman Gallery interdicted.

“The public display of my father with his genitals exposed is the most humiliating and degrading experience for the children. The publicity given to the exposed genitals in that portrait is intended and/or has had and is having the effect of not only humiliating my father but us his children as well,” Zuma-Sambudla’s affidavit says.

The court may have to decide whether the case should go on or not because not only has the painting now been defaced to the extent that the offending genitals have been completely covered up, but the Goodman Gallery issued a press release saying that the painting has now been placed in a “safe place”. Either way, it could be said that the reasons why the founding affidavit was filed in the first place have been voided.

Hopefully, the court case will continue because it is a unique opportunity for the court to test and balance the right to expression against the right to privacy and dignity. DM