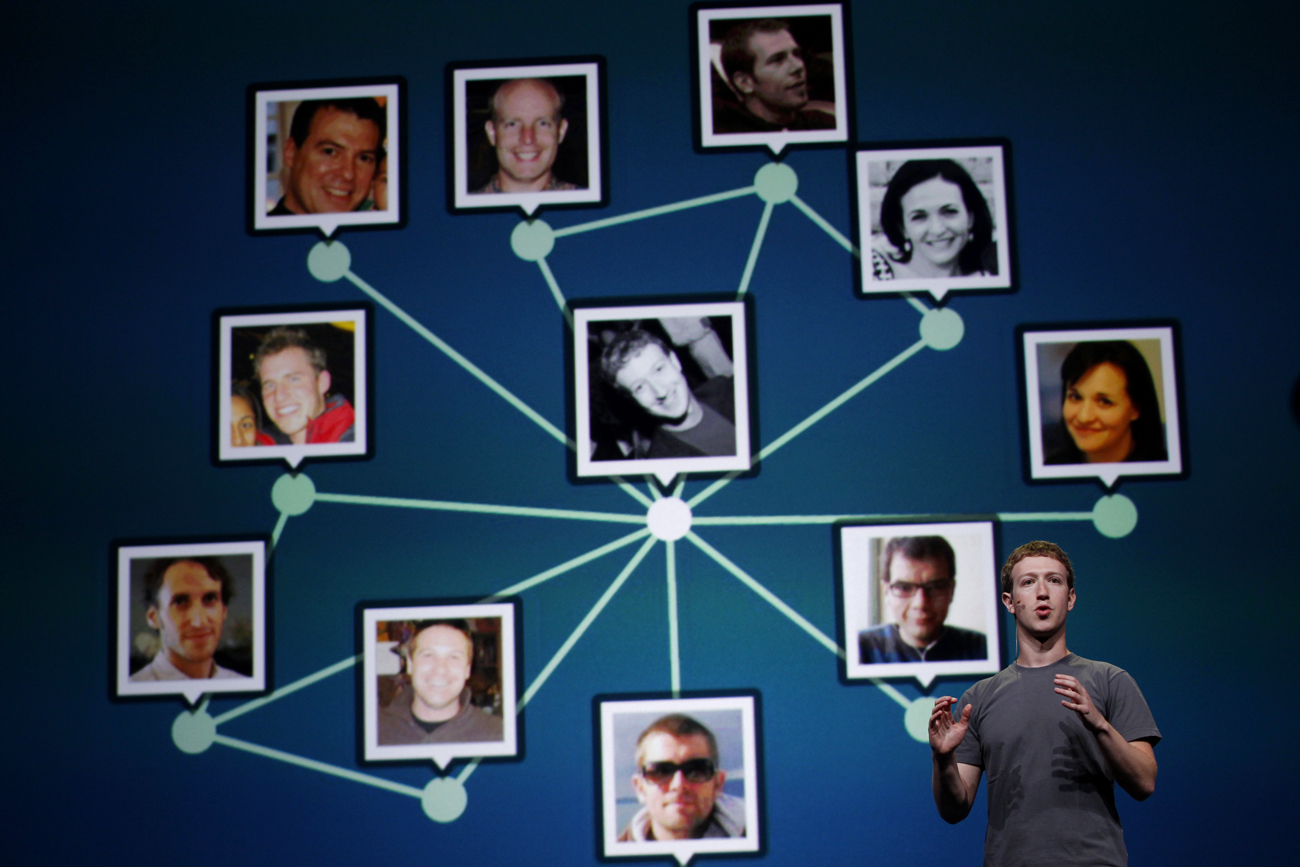 As Google and Facebook grow, the two corporations increasingly assume mythic proportions in the public understanding. We need them, we use them, yet we fear them – for the information they have on us. REBECCA DAVIS checked out what kind of dirt the two tech giants had on her.

Last year an acquaintance of mine sat down at a guest dinner at an Oxford college and turned to talk to the man sitting next to her. She introduced herself, explained what she did for a living, and then asked what he did.

To which Berners-Lee replied, grinning, “Feel free to use it any time.”

Though his name isn’t as well known to the general public as other tech pioneers, Tim Berners-Lee did indeed “invent the Web”, on Christmas Day in 1990. Since then he has been knighted, received a stash of honorary degrees and prizes and in 2007 was ranked by the Telegraph as the world’s greatest living genius. He has also devoted a lot of time and energy towards arguing that the Internet be kept open and free from government surveillance.

Two years ago Berners-Lee warned that websites like Facebook had begun to “chip away” at the founding principles of the web, by not allowing social media users to extract the information they put into it. Berners-Lee wrote in a paper published by Scientific American: “The more you enter, the more you become locked in. Your social networking site becomes a central platform – a closed silo of content, and one that does not give you full control over your information in it.”

Things have changed a bit since then. In response to growing concerns about data held by big websites and pressure from lobby groups, it’s now possible to access the data that Google and Facebook have on you. Last week, in an interview with The Guardian, Berners-Lee urged web users to demand their personal data to help ensure this information was not used for undesirable ends: for instance, “making sure an insurance company, even if its insurance agent happens to be a friend of a friend of yours on Facebook, won’t use that information to set your premium”.

Google will give you all the information they have on you straight away. Facebook is a bit more cagey. To access all the information they have, you will go have to go through a more elaborate procedure. A group called Europe v Facebook encourages Facebook users living outside the US and Canada to email [email protected], including your name, email and birth date, with the following line: “I wish to make an access request under the Data Protection Acts 1988 and 2003 for a copy of any information you keep about me, on computer or in manual form. I am making this request under section 4 of the Data Protection Acts.” Then Facebook technically has a legal deadline of 40 days in which to respond with your full information record, but anecdotal reports suggest that it takes more like three months.

Facebook will let you download a more limited “archive”. You can access this by clicking on General Account Settings on your profile, and then on a button marked Download Your Information. And then you wait: “We’re generating your personal archive”, Facebook tells you, as if there’s a little robot librarian scurrying about in the background hastily sticking things in a lever-arch file.

When compiled, it turns out that what the “archive” amounts to is basically Facebook, if you were the only person on Facebook. (Incidentally, this is what Google+ feels like all the time.) It’s a record of your activities on the site: a list of your friends, photos you’ve uploaded (though not ones tagged by your friends), notes you’ve written, correspondence on your wall, events you attended, or to which you’ve never RSVPd. If reading through this all doesn’t fulfil your wildest narcissistic dreams, you can opt for an “enhanced archive” which will supply you with times of your logins, and the vital information as to everyone you’ve ever “poked” on Facebook. (Cringe.)

Anyone searching for anything specific on you will have a long, boring read (at least if, like me, you’ve been a prodigious Facebook user for the last seven years).  But now that you have your personal archive in your possession, why not print it out and paper the walls of your house with it? It’s an easy way to create a museum dedicated entirely to yourself, and potential sexual partners will probably find it charming.

Google is more serious stuff, since most of us use the search giant for a fairly wide range of functions. There are three main tools to use to find out what Google has on you: Google Dashboard, Account Activity Reports and Ads Preferences. The Dashboard brings together all the information from Google applications: Gmail accounts, Blogger (if you use the blogging platform),  Books, Buzz, Calendar, Google Docs, Google+, YouTube, and so on.

None of the Dashboard information Google had on me was particularly interesting or alarming. The company knows that my nickname is “Bec”, that I have a strange interest in tracking news about missing English aristocrat Lord Lucan (via a Google Alert), and that my default location on Google Maps is Cape Town, Western Cape. It knows what books I’ve been dipping into recently on Google Books – an eclectic little bookshelf, but nothing that would send me to prison: let the record show that the title called “Intercourse” refers to a 1987 feminist polemic by Andrea Dworkin.

The YouTube application supplies the correct information that I am a 30-year-old woman. My YouTube search history makes for slightly excruciating reading: other than some work-related viewing (most recently various Kony 2012 videos), Google also knows that three times over the past month I have been the victim of a hacker who viewed music videos by the British boyband One Direction, and that two months ago this same cruel impostor had an insatiable need to search for “people eating cockroach”.  To my great relief I have apparently not activated the device which tracks your general Web search history.

Via my Account Activity Report, which tracks Gmail activity over the past month, Google knows that I received 1, 010 emails and sent 569. The company also knows that the two people I email most are my girlfriend (phew!) and my housemate.

Google Ads Preferences is what Google uses to tailor the advertising you see online to your personal interests. It guesses your “interests and inferred demographics” based on “sites you have recently visited”. Google notes, however, that it “will not show ads based on sensitive information or interest categories, such as those based on race, religion, sexual orientation, health, or sensitive financial categories”.

Based on my web browsing, it turns out, Google considers me to be interested in Food & Drink, Travel, News, and the nebulous ‘People & Society’ (is there anyone other than the Unabomber who isn’t interested in people and society?). Google also thinks I have a particular passion for TV Talk Shows, which is certainly not something I’d use to describe myself when speed-dating. Most bizarrely, however, Google thinks I am really into ‘Beauty & Fitness’. As regards the former, this only holds if we agree to consider “brushing your teeth and slapping on some moisturiser” as a “beauty regime”. Google has also deduced that the two places in the world I am most interested in are South Africa and, er, North Korea. Before Google shops me to the CIA based on the latter, this must be attributable to my guilty pleasure – frequent visits to the Bizarro-World that is the North Korean state news agency’s website.

None of the information either Facebook or Google had on me struck me as particularly sinister in terms of detail or content. Of course, this is only true as long as you assume companies like these have essentially benign motives in gathering your personal data. To this assertion should be added the caveat that the material you can download from Facebook only amounts to a portion of the total information in their possession. It is also a point of fact that I am a thoroughly unimportant individual – if I had more at stake, I would probably be more concerned. Try it for yourself, if only to do your bit to send the message to online giants that users are concerned about the data they compile. But be warned that afterwards you may start adjusting your YouTube searches for the eyes of posterity. DM