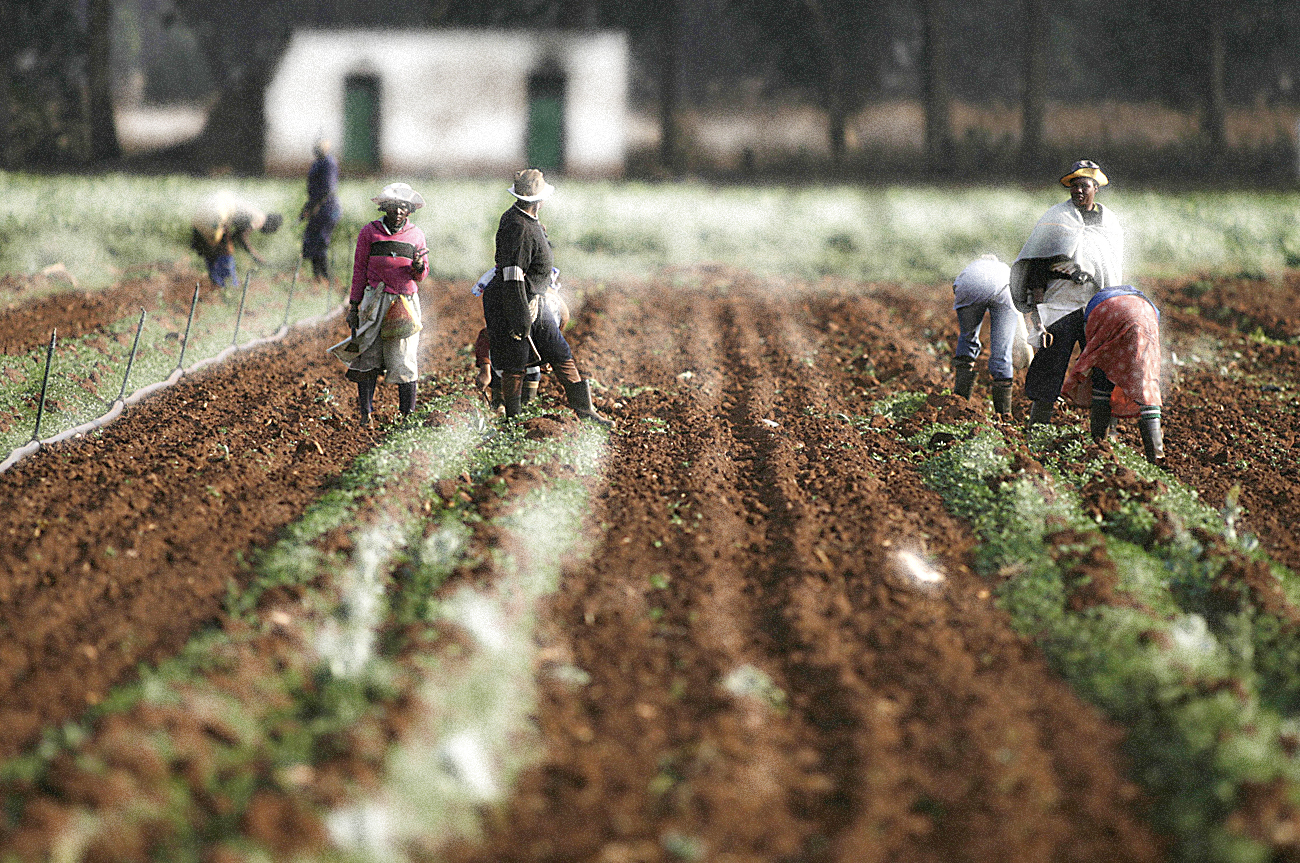 Comparing traditional authorities to slave traders and calling the system the biggest obstacle to development, the DA’s Athol Trollip might have missed some nuances in his column last week, but it’s a sorely needed debate. It comes while the ANC is trying to define the roles and responsibilities of traditional leaders. By GREG NICOLSON.

Trollip, DA spokesperson on rural development and land reform and the party’s former leader in Parliament, argued in Business Day that accommodating traditional leaders in the Constitution and entrenching the Bantustan system through post-1994 legislation “is tantamount to allowing chiefs to enslave members of the same ethnicity.”

Since the slave trade tore through West Africa with systems of divide and rule, he wrote, “Collective allegiance to chiefs and tribal leaders has been the biggest stumbling block to development in Africa.” Traditional authorities curtail development, he argues, because those living in the former homelands don’t have security of tenure over their properties.

“Parliament is the foundational political institution meant to guarantee property rights” and people must “be released from the prohibitive grip of uncertainty through the provision of land ownership”.

“One cannot escape the conclusion that Parliament remains a largely ceremonial institution and property rights are increasingly tenuous. As a result, SA’s economic growth performance has been suboptimal. We choke along at a rate below 3%, a far cry from the 8% necessary to provide real economic opportunities to all citizens. Severe institutional problems in rural development provide an explanation for this.”

Professor Lungisile Ntsebeza, from the University of Cape Town, who has been a long-standing critic of the system of traditional authorities, elaborated in a past essay. “Although rural inhabitants are the effective owners of land in the sense that they have lived in these areas for long periods of time, landholding based on the permit-to-occupy (PTO) system does not provide them with a legally secure title comparable to a freehold title. It is, above all, this insecurity of tenure that has created conditions for the exclusion of rural inhabitants from the administration and management of what is essentially their land.”

Since 1994, the position of traditional authorities and land tenure in communal areas has been controversial and ill-defined. Leaders in the former homelands played their cards to be included in the new dispensation, aligning themselves at the last minute with the ANC and using their influence to boycott any transfer of power to municipalities. But until the Traditional Leadership and Governance Framework Act of 2004 recognised their legitimacy, which remains complicated and contested, their position was uncertain.

Now, the ANC is proposing further legislation to define governance in areas manipulated by the Bantu Authorities Act (BAA), which tied traditional leaders to the apartheid government while granting extensive powers over diverse communities, hence Trollip’s desire to add to the debate.

The Traditional Courts Bill was introduced last December “to affirm the recognition of the traditional justice system and its values, based on restorative justice and reconciliation.” It was criticised for being passed without sufficient consultation, centralising power under one authority and denying women their rights.

The Communal Land Rights Act (CLA) was introduced in 2004 to “provide for legal security of tenure by transferring communal land, including KwaZulu-Natal Ingonyama land, to communities” and “provide for the democratic administrations of land by communities”. It was deemed “unconstitutional in its entirety” by the Constitutional Court and found to limit security of tenure and gender equity by transferring land from the state to communities, who would be represented by a traditional authority to administer the land. It’s likely the act will return revised.

“All these new laws do not undo the tribal authorities and boundaries established by the BAA but instead provide for their continuation as traditional councils with significant powers for rural governance, land allocation and many other aspects of rural life,” wrote Mazibuko Jara from the University of Cape Town when the BAA was finally repealed in 2010.

Yet curtailing the powers of traditional authorities and implementing freehold tenure is hardly a simple or even foreseeable change. In 2011 the DA proposed transferring full ownership of land to its occupiers, but the system is beset by contests.

In a literature review on traditional leadership, Mpilo Pearl Sithole from the South African Human Rights Research Council, criticises “democratic pragmatists” for trying to focus on theoretical situations opposed to reality. She lists the arguments for why traditional authorities should continue to be recognised and contends that they have a role to play in the “unavoidable reality for most black, and particularly African, people who cannot afford the luxury of matching the theory of democracy and rights directly with their lived reality.”

Yet the problems with land tenure in communal areas are widely recognised. But is individual ownership, as Trollip suggests, best?

In an essay suggesting alternatives to the CLA, Professor Ben Cousins of the University of the Western Cape looks at some of the nuances that make implementing freehold titles difficult. “Privatisation and complete individualisation of land are uneven and contested, and in many places the nature and content of land rights remain quite distinct from ‘Western-legal’ forms of property. In these situations, individual titling is not a feasible solution.”

Cousins suggests land rights be vested in individuals but not in a form of individual titling “so problematic in Africa”. Occupation and use of the land would form the basis of legal recognition and claims may or may not be justified by custom. “Right holders would be entitled to define collectively the precise content of their rights and choose, by majority vote, the representatives who will administer their land rights… Accountability of these representatives would be downwards to group members, not upwards to the state.”

That’s one suggestion. It’s complex and raises hard questions, but highlights the difficulties in dealing with issues of land reform and traditional authorities.

While Trollip envisions individual ownership as the key to boosting economic growth, he overlooks nuances that have made the issue so hard to solve. And by painting all traditional leaders with the same brush he ignores those who are considered legitimate by their communities.

He says “informal institutions” need “organically grown” norms but his remedy reflects one side of the current binary of solutions. The ANC has been trying to shore up traditional leaders’ authority, a retrogressive step to undemocratic leaders ruling in a democratic country. The DA wants to scrap communal land rights, ignoring the history of traditional authorities and the beneficial role they can play.

Political parties need to work with traditional authorities and the Congress of Traditional Leaders (Contralesa) to offer viable solutions. According to a map by Statistics South Africa, the areas where poverty is the highest (72% or more residents living on R400 a month) are still the former homelands. Handing out individual titles en masse will create another headache and is unlikely to solve the issue. But 18-years into democracy and almost 100-years since the passing of the Natives Land Act, South Africa’s poorest constituency needs a nuanced system that reflects their lived realities while trying to reduce poverty and boost growth. DM