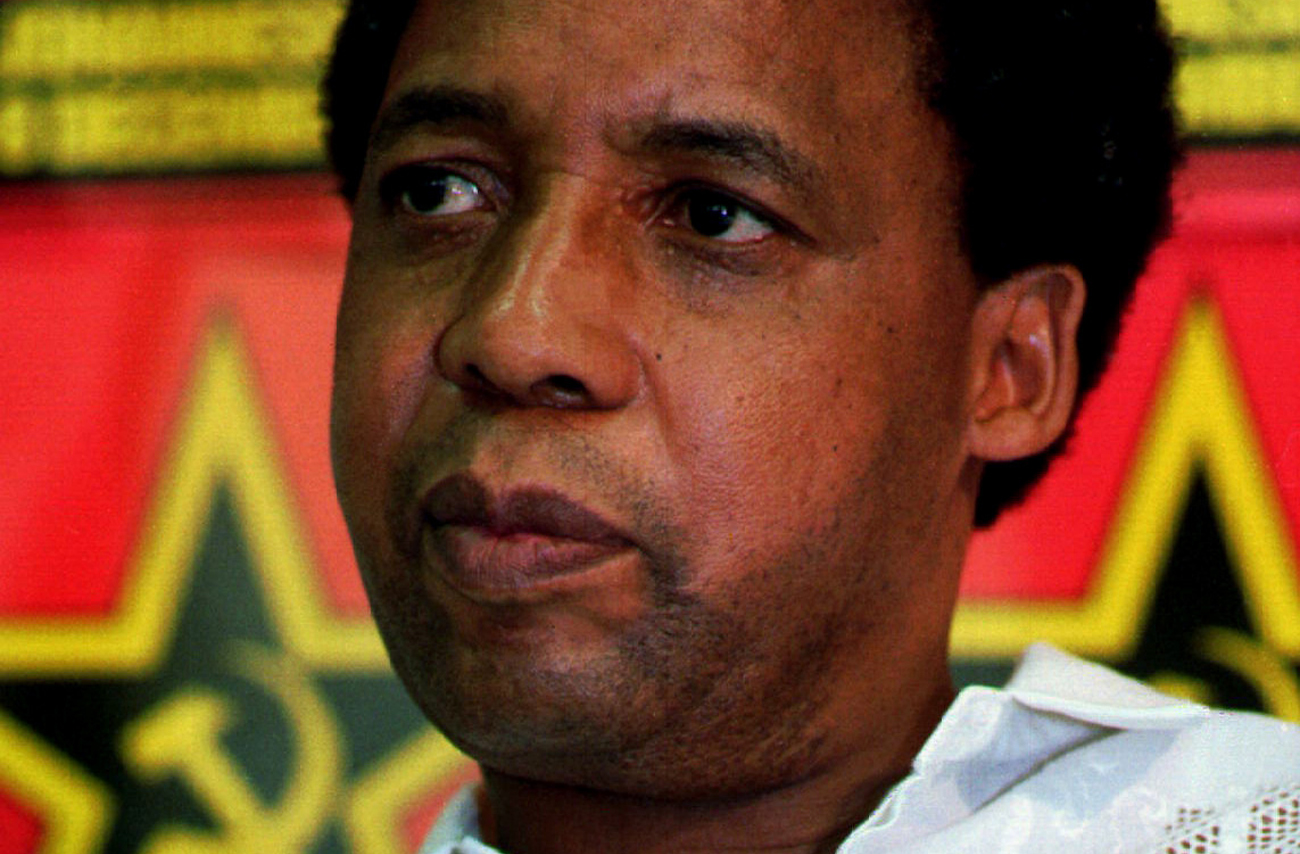 On eve of the 19th anniversary of the assassination of Chris Hani, Cosatu general secretary Zwelinzima Vavi tweeted: “[His] passion & hatred of injustices serves [sic] as a great inspiration. Strongly believe that SA would be a better place if he was around”. It’s part of a trend to acclaim the former SACP general secretary as the eternal champion of South Africa’s disenchanted. By RANJENI MUNUSAMY.

In the 1990s, the phrase “What would Jesus do?” (abbreviated to WWJD) became popular in the United States among evangelical Christians, representing their belief in a “moral imperative” to act in a way Christ would in contemporary situations.

In the tripartite alliance in South Africa, a similar concept has evolved and it is common practice, especially around the time of the anniversary of the assassination of the former SACP general secretary, to ask: What would Chris Hani do?

The evolution of that particular phrase may have been incidental, but the transfiguration of Hani into a somewhat celestial figure is not.

Even before he was murdered, Hani was an omnipotent legend in the liberation movement. As chief of staff of Umkhonto we Sizwe, he was the epitome of militant and selfless struggle. This gave him an almost mythical aura, particularly among the youth, while the ANC and SACP were banned. His murder by right-wing extremists in April 1993, at a time when the country was in the midst of crucial political negotiations and rampant political violence, turned him into a martyr.

His name and image are now used as a popular campaign weapon by all structures in the alliance, but for different purposes. Most of the statements that emerged this week commemorating the anniversary of the assassination were peppered with speculation of what Hani would and would not have done were he alive. This speculation conveniently varied according to the interests the issuers of the statements represent.

The ANC has always revered Hani as the head of its armed wing, but there was also caution – particularly during the Thabo Mbeki presidency – not to elevate Hani too much. This was because of the deep-rooted tensions between the two leaders, who characterised competing terrains of the struggle.

The aftermath of his murder was the ANC’s biggest test post its unbanning because it had to immediately calm down militant and angry supporters all over the country in a highly volatile context. It was also the moment the ANC demonstrated that it, rather than the National Party, had effective control of the country. The ANC’s commemoration of Hani therefore tends to be in the context of the strength of its procession of heroic leaders rather than to celebrate him as an individual pin-up.

While the SACP also had a succession of heroic leaders, Hani is the idol, the most recognisable symbol of the party. He represented the SACP and the struggle for socialism in its pure form, uncontaminated by the lure of state power and its inevitable excess and moral decay.

One of Hani’s most remarkable quotes in reaction to talk that he should be deployed to government was: “The perks of a new government are not really appealing to me. Everybody would like to have a good job, a good salary… but for me that is not the be-all of struggle. What is important is the continuation of the struggle… the real problems of the country are not whether one is in Cabinet… but what we do for social upliftment of the working masses of our country.”

It is a quote the SACP currently does not like to be reminded of as it battles internal dissent and disapproval from Cosatu over the deployment of its senior leaders to government. In radio interviews this week, SACP senior leaders tried to wriggle around questions as to whether Hani would have approved of their decision to opt for the corridors of power.

Instead, the SACP wants to shift attention to “a lot of advances made by the Zuma administration” and to social campaigns that fit neatly into the government’s programme of action.

The party is aware that Hani’s memory still resonates strongly among the working class and is an emotive campaign weapon. The SACP therefore uses “What would Chris Hani do?” as a central feature of its campaigns to appeal to its constituency.

In the heat of the battle between Mbeki and Jacob Zuma in 2007, a song emerged at SACP conferences which caught on like wildfire in the pro-Zuma lobby. “Thabo Mbeki siyabuza ubani owabulala uChris Hani Simthanda”, which means “Thabo Mbeki, tell us who killed Chris Hani”, inferring that the former president either had something to do with the assassination or knowledge about the incident, which he was not sharing. It was a convenient and emotional stick with which to beat Mbeki.

In the 2009 election campaign, the SACP distributed branded T-shirts to canvass for the ANC, proclaiming “Do it for Chris”. It was a much sought-after accessory on the campaign trail.

The SACP can’t help throwing in Hani’s name to gain traction in its current battles with the media, the opposition and civil society. “Like Cde Chris did, let us expose the liberals and most of its mainstream media backers as the ideological third force that seek to abuse our institutions of democracy in order to undermine and discredit government’s transformation process by manufacturing distortions that we seek to undermine the very Constitution we fought for,” the SACP said in its rather clumsy statement on the anniversary of Hani’s death.

But the party hates it when others, such as the ANC Youth League, similarly use Hani’s name and image to advance their own agenda. “Hani’s exemplary life is a timely reminder for us in the present that militancy and radicalism do not need to be the opposites of discipline and strategic cool-headedness; that enduring popularity is not about egotistical grandstanding, or a fashion parade – it has to be earned in consistent and collective struggle, in the midst of the oppressed and exploited.”

Expelled ANC Youth League president Julius Malema has recently donned Hani T-shirts as a statement of militancy and as a subliminal message against the current ANC and SACP leadership. The league’s statement on the anniversary expediently drew a correlation between Malema’s disciplinary troubles and Hani’s legendary battles with the ANC leadership in exile.

“For raising his views openly, Comrade Chris was persecuted and almost executed until the intervention of the wisdom of Comrade President Oliver Tambo, who understood that as a young cadre, Comrade Chris had to be moulded and educated into a par excellence Freedom Fighter,” the Youth League said.

It also threw in its own interpretation of “What would Chris Hani do”: “Had he lived, Comrade Chris would have been a prominent leader of the ANC, and would have never opposed the struggle for economic freedom in our lifetime.”

Cosatu’s Zwelinzima Vavi wrote an open letter to Hani on the anniversary of his death, continuing the sentiment he expressed in his tweet. “If only there were more cadres like you today! If only the revolution could continue to produce cadres defined by selflessness as opposed to egocentrism and the desire to serve the people as opposed to using the movement as a stepladder to their careers!”

But Vavi could also not resist putting a spin on current battles: “I am certain that you were watching with pride and envy on 7 March 2012; you could not have failed to see the strength of our workers’ movement, as thousands of the poor rallied on the streets of more than 30 towns and cities behind Cosatu’s call for the banning of labour brokers and the cancellation of the e-tolling system.”

As long as he can no longer speak for himself, Hani will remain the consummate poster boy for all the disparate forces who hail him as their hero and guiding light, whose true nature is theirs to choose. DM