Traditional leaders, the never-ending constitutional he... 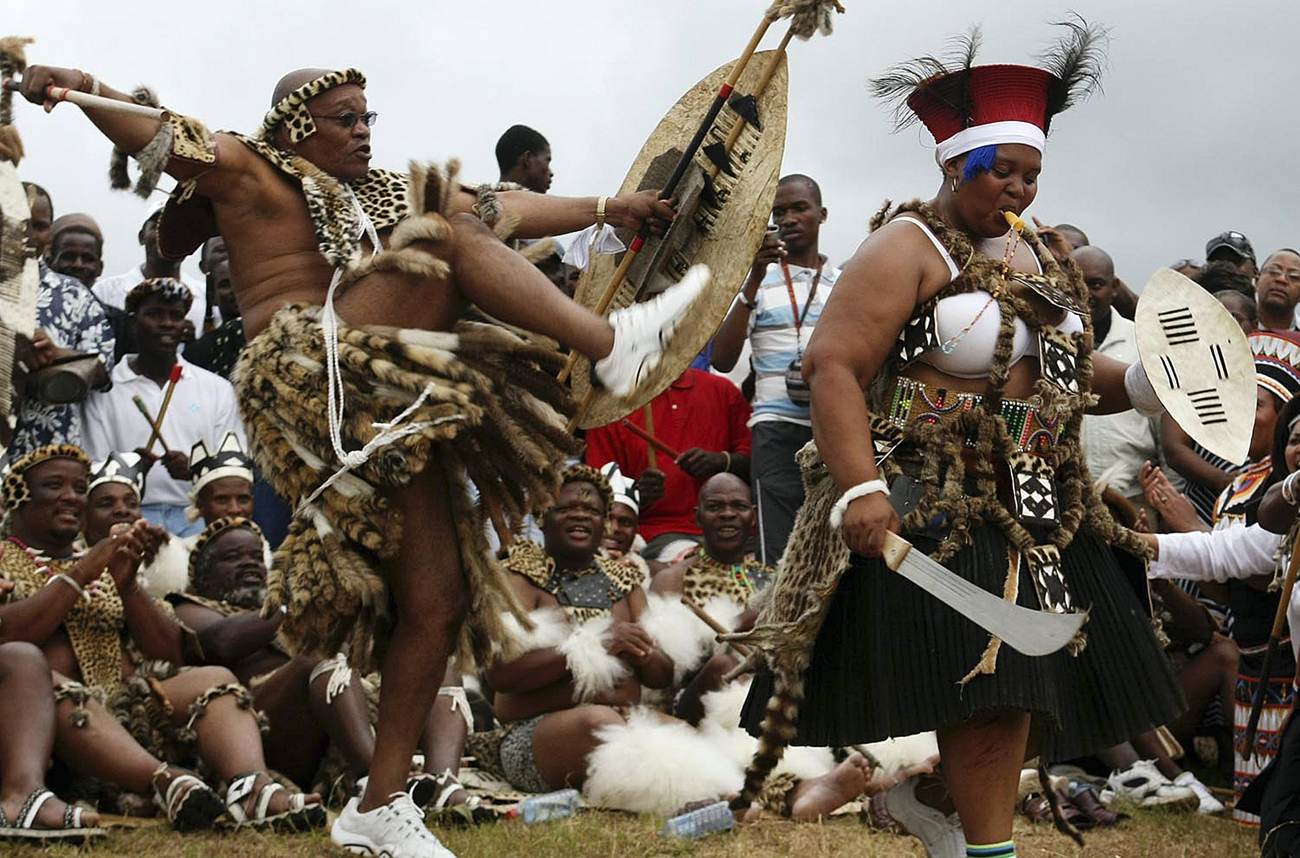 The Constitution of South Africa has guided our society since it was adopted in 1996. It provides unambiguous guidance in many areas. But sometimes, the path it points out turns out to be almost impossible to navigate safely. Perhaps no issue has tested our Constitution more than the question of traditional leaders. By SIPHO HLONGWANE.

One of the big problems of the apartheid government was that it didn’t really want to be bothered with how black people lived within the separate communities into which they were corralled under the Group Areas Act. Technically, the law of the country applied to all, but the National Party government couldn’t really be bothered to enforce it in the homelands. Instead, it allowed customary law to rule the lives of millions of people, under the hammer of the traditional leaders, or chiefs and kings. Customary law was recognised only as a second-class system of jurisprudence, subservient to the “fundamentally fair and just” system of Roman-Dutch law which the Nats adhered to.

The problem came when we began drafting a new Constitution. It contained within it a Bill of Rights and placed an imperative on every single legislation and legal institution it recognised to adhere to the Bill of Rights. The Constitution was also infused with a very strong transformative and progressive mandate which places a burden upon the government to right the wrongs of the past. One of those wrongs was the subjugation of customary law. Today, it is considered equal to common law, and it may not be legally judged through the lens of common law, as was the case under apartheid. Our courts have made several rulings to develop the law in this regard, and have declared customary law to be “an independent source of norms within the legal system.”

Section 211 of the Constitution recognises the status and law of traditional leaders.

The Traditional Leadership and Governance Framework Act created a quasi-democratic body known as the traditional council. The make-up of these councils is a split between a community vote and people placed by a senior traditional leader, who enjoys the right to appoint 60% of this body. Also, 30% of council members have to be female. However, the system doesn’t seem to be working terribly well, mainly because it isn’t getting buy-in from community members.

On 19 February, countrywide elections for traditional councils were meant to be held. However, the only province which meant to hold elections was KwaZulu-Natal, for its 296 councils. According to the KZN MEC for traditional affairs Nomusa Dube, about half of the 500,000 registered voters who live in rural areas turned up. Although officials attendance figures will only be released on 5 March, the MEC has already claimed a significant rise in number of voters, compared to the last election in 2006, where only about 2% of potential voters turned up.

There are any number of issues with traditional councils which could have contributed to people simply not showing up. Even though these councils have the power to help manage land usage and government development programs in areas where the land is held by tribal authorities, people don’t seem to be that interested in getting their people into these decision-making bodies. In provinces like North West and Mpumalanga, researchers believe that many voices, like women and young people, are simply being shut out of the process. And there’s the unspoken influence of apartheid in the whole thing: many tribal boundaries were fictions of apartheid. Many chiefs were controlled by apartheid authorities, and are still in power of their subjects. Yes, the Constitution and Bill of Rights is there as a safety net, but it must surely chafe to know that a former agent of apartheid rule still has some authority over you if you live in the tribal area.

In fact, the way that the Constitutional Court has applied the rules in customary law cases has been tentative and hesitant to intrude. There’s the famous case of Princess NomaXhosa Sigcawu of the Gcaleka kingdom in the Eastern Cape. She brought a constitutional complaint against her tribe when she was passed over for chieftainship. Her mother had been the king’s senior wife, and she had stood in line to inherit the throne. Unfortunately, the king passed away when she was still a baby, and the throne went to the eldest son of her aunt, a lesser queen. When Princess NomaXhosa’s half-brother then also passed away in 2006, she wasn’t crowned. The position went instead to her nephew. The princess sued, claiming that the customary law in place that mandated that only male heirs could inherit the throne unconstitutionally discriminated against her on the basis of gender. The case is still pending, but the tribe went ahead and crowned her nephew as the new chief in July last year.

Chief Patekile Holomisa, the president of the Congress of Traditional Leaders of South Africa (Contralesa), said that custom dictated who should be a royal leader, and not the Constitution. “Legitimacy of ubukhosi is derived from custom, not from the Constitution and the Bill of Rights. It is not automatic that a woman as the first-born is a successor. If a traditional council decides to go against the custom, the court can allow that, but we do not accept it.”

His views are, to put it bluntly, in direct contravention with the spirit of the Constitution.

The courts have said in this regard that they “must be cognisant of the fact that customary law, like any other law, regulates the lives of people. The need for flexibility and the imperative to facilitate development must be balanced against the value of legal certainty, respect for vested rights, and the protection of constitutional rights.”

There’s also the rather thorny issue of land. Tribal land is held in tribal authority trusts, which is managed by the tribal leader, in conjunction with the tribal council. The idea of private land ownership is foreign here, leading very often to a tragedy of the commons situation and reluctance by anyone who stays on tribal land to develop it if they don’t actually own it.

The real complication here is the almost complete absence of the executive arm of the government in the development of policy with regards to traditional leaders. The government has stood aside in bafflement as the fight became a two-way contest between Constitutional Hill and Contralesa. It’s not an easy problem to solve, but because of the government’s choice of dealing with the problem by largely staying out of it only serves to complicate things when it eventually does step in. The fact that eight of nine provinces could not cooperate enough with the Independent Electoral Commission and the relevant provincial departments to complete their elections is a damning example of this poor relationship.

In the meantime, people who are aggrieved by how tribal customs treat groups like women will continue to take their cases to the Constitutional Court. It will be really awkward if Princess NomaXhosa wins her case against amaGcaleka, and the tribe decide to ignore the court’s directive. Who will step in to enforce her rights? The Government? DM