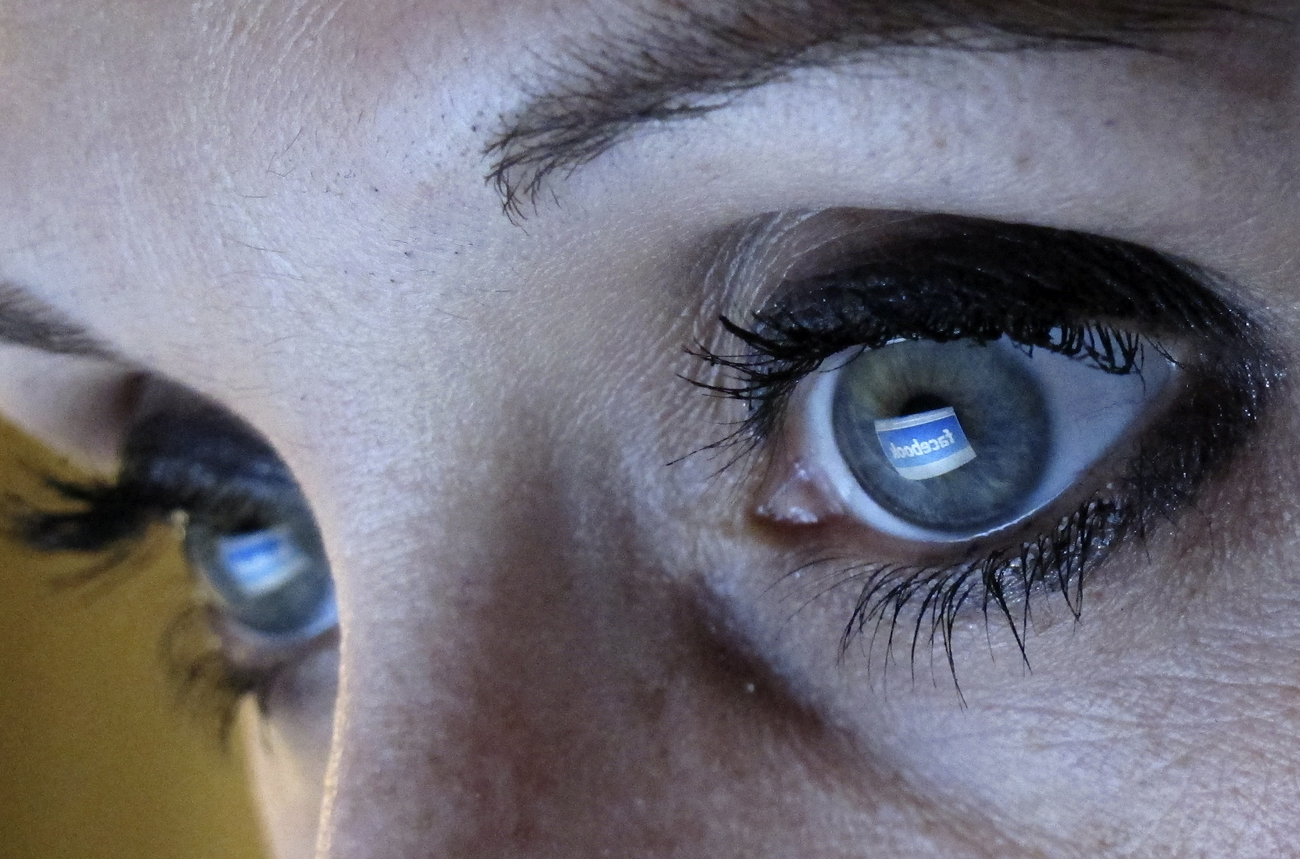 When Facebook filed an S-1 form with the Securities and Exchange Commission, confirming its IPO intentions, financial data about the company was made public for the first time. STYLI CHARALAMBOUS waded through 200-plus pages of numbers and legalese to make sense of it all.

As a private company, Facebook has kept its financial information, well, private. While dollops of stock traded on secondary markets for privately held shares and corporate activity gave us indicators of current value, it was the SEC filing that finally gave the world a clearer insight into whether Facebook would join the elite $100-billion market cap club. The problem with secondary market places like Share Post or secondarymarket.com is that valuations and prices can often be distorted by liquidity, or in Facebook’s case the lack thereof. Speculators, eager to get their hands on stock prior to the IPO, have been snapping up shares when a rare batch are made available, usually by employees looking to begin cashing in on their big payday.

So when the company announced it would be placing 5% of its Class A common stock on the NYSE, the company was obliged to lodge financial and other material information and risks that could affect investors’ decisions to purchase the floated stock in a offer to the public. And some of the numbers make for rather interesting reading.

At 845-million monthly active users, Facebook continues to break all records; Guinness would need to dedicate an entire edition to document the feats of the Palo Alto based social network. In less than two years, the user base had almost doubled from the 430-million MAUs recorded in March 2009. This staggering growth is the main driver behind the much-debated company valuation. Other activity numbers show that an average of 250-million photos are uploaded each day between the 100-million friendship connections on Facebook, and that 425 MAUs accessed the network through a mobile device. Currently, over 100-petabytes (100-quadrillion bytes) of photos and videos are stored on Facebook servers, a number that is difficult to even begin to comprehend.

Photo: The Facebook social map of users across the globe that forms a closely matched outline of a world map. FACEBOOK.

Apart from the staggering user numbers, Facebook financials reveal much about its monetisation battle. And judging by the numbers, pretty well it seems. Revenue grew from a decent $777-million in 2009 to $3.7-billion in 2011, an astounding growth rate of nearly 500% that resulted in a 2011 net income after tax of $1-billion. And that, dear reader, is the difference between tech companies of today and those of the 2000 dot.com crash. Profits, and lots of glorious profits. And not just the accounting kind of profits that financial alchemist can cook up at will, but profits that have earned Facebook good old-fashioned cash. In 2011, Facebook generated $555-million in free cash flow (net income from operations less cash paid for investments in property) with its war chest of cash now sitting at $3.9-billion.

Advertising remains the source of the bulk of Facebook’s revenue, accounting for 88% of its 2011 turnover. The remaining 12% is generated through Facebook payments, which is the newly launched payment system used to sell virtual goods and services sold by third parties, like game manufacturer Zynga, a billion-dollar company on its own. It also accounts for the tax Facebook is entitled to on the goods sold. Implemented for this first time only last year, payments generated over $500-million in revenue. While advertising as percentage of total revenue has decreased from 99% to 83% in the last quarter of 2011, it still enjoyed a massive growth in the number of adverts served on the network as well as the average cost per advert. Facebook commands less than 3% of the global online advertising market currently estimated at $68-billion and is expected to grow to $120-million within the next five years. During that time Facebook will not only enjoy the growth of the overall market, but its growing share of that market.

The prospectus identifies the biggest risks facing the young company, although the major one remains the wellbeing of the twin ‘bergs’ of Mark Zuckerberg and Sheryl Sandberg. Finding themselves at the wrong end of a bus accident would be catastrophic for the company. The other notable concern also doubles as an opportunity in the mobile advertising space. As more than half the users begin to access the network from their mobile phones, Facebook begins to cannibalise its own display advertising interest online as the company does not currently run any adverts on its mobile network. But don’t expect that to stay the case for much longer, with sponsored stories and feeds likely to feature prominently on mobile. For the all perceived risks of investing in the face of the new tech bubble, many good reasons exist to put some of your hard-earned retirement savings into Facebook. The top end of the expected valuation is $100-billion, meaning Facebook would be trading at stratospheric 100 times Price/Earnings ratio and colossal 27 times revenue. Google, by comparison trades at P/E of 20 and only eight times revenue. But Google is in a more placid stage of growth than its social media counterpart. The problem with P/E ratios is that price component of the ratio is current but earnings are a year old, something that can severely distort the perceived value of a high-growth company. If one takes into account the average growth in past earnings and forecasts a forward P/E ratio, the number suddenly drops by almost half to a slightly more palatable 55, and a range that Google itself traded in before settling into the value investment category. And if one takes into account that the focus to date has been on growing the user base forcing monetisation strategies into playing second fiddle, its clear the real profits are yet to come.

And with almost $4-billion in greenback dollars burning a hole in the balance sheet of Facebook Inc., the IPO really has nothing to do with raising more cash. In fact, none of the proceeds will accrue to the company but rather to existing shareholders who will be placing 5% of outstanding shares up for sale. Proceeds of the IPO will accrue to them directly. In Mark Zuckerberg’s case, the sale could mean anything between $4-$6-billion dollars that he will use to pay the taxman for realising his windfall and paying for the 120-million options of Class B stock that he will exercise at $0.06 cents each. Other execs will have to fork out up to $15.00 to exercise their options. Class B stock, with 10 voting rights attached to each as opposed to a single voting right for Class A stock, is a way for Zuckerberg to exert his already near-total control over the company. Even with a 28% shareholding in the company, Zuckerberg has agreements in place with other shareholders that already gives him almost 60% of the voting rights. With his options in Class B stock, that number will climb to past 70%, something unprecedented for a publicly listed company.

But credit is due to the boy wonder who could have used his IPO day in the sun to justify a pay packet of gargantuan proportions. Instead Zuckerberg has pegged his future wealth to controlling the company and growing shareholder value. As of January 2013, he will forego his $500,000 base salary and entitlement to a bonus in favour of a $1 annual pay packet. In a Steve Jobs-styled move, Zuckerberg will only prosper, along with other shareholders, if the share price increases. Nor does he expect to live fat off dividends; Facebook has not yet, and does not foresee paying any dividends in the near future. Imagine if CEO’s of big banks took it upon themselves to align their interests so squarely with the shareholders they work for?

This entire Zuckerberg domination means Facebook is a defined as ‘controlled company’, meaning that those pesky corporate governance best practices of an independent board with a remuneration committee aren’t required. But given how well Zuckerberg has done so far, it’s likely those requirements would be a hindrance for shareholder wealth creation as opposed to protecting their interests. At 27, Zuckerberg is a once-in-a-generation visionary that is unlikely to see eye-to-eye with an independent board of grey hair and pin-striped suits, tasked with major decision-making. Yet it’s not something that would frighten off public investors.

While the rate of growth in new users is slowing as it passes 25% of the global online population, Zuckerberg’s mission is clear. He wants to secure the eyeballs of the entire remaining 2.2-billion people with Internet access that aren’t already on Facebook, and the new ones getting Internet access for the first time. Given what’s been achieved in just eight short years, we wouldn’t bet against him. DM

Photo: An illustration picture shows a woman looking at the Facebook website on a computer in Munich February 2, 2012. Facebook unveiled plans for the biggest ever Internet IPO that could raise as much as $10 billion, but made it clear CEO Mark Zuckerberg will exercise almost complete control over the company, leaving investors with little say. REUTERS/Michael Dalder.